Accessibility links
Actress, Dancer, Choreographer Ann Reinking Dies At 71 A mainstay in Broadway musicals, her standout turn as Roxie Hart in Chicago in 1977 earned her widespread praise. She reprised the role in 1996 and won a Tony. 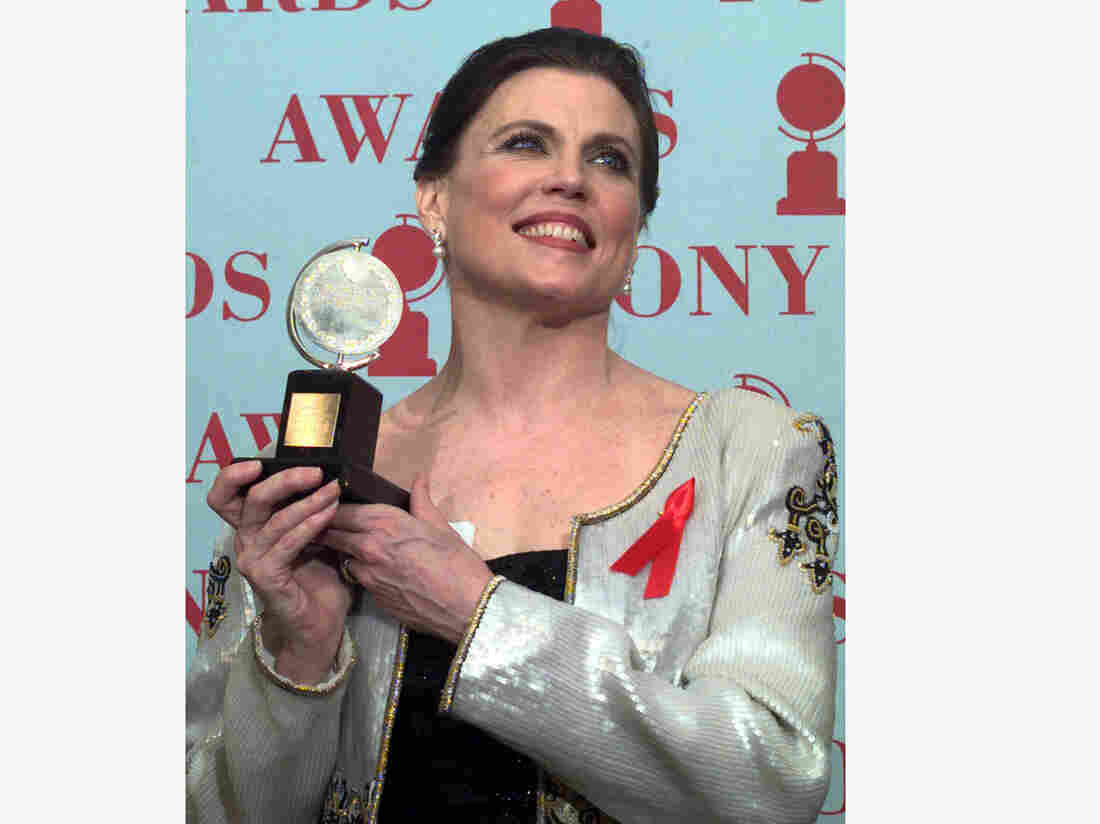 Ann Reinking, pictured holding her Tony Award for best choreography for the musical Chicago in 1997, died on Saturday, her family said in a statement. Richard Drew/AP hide caption 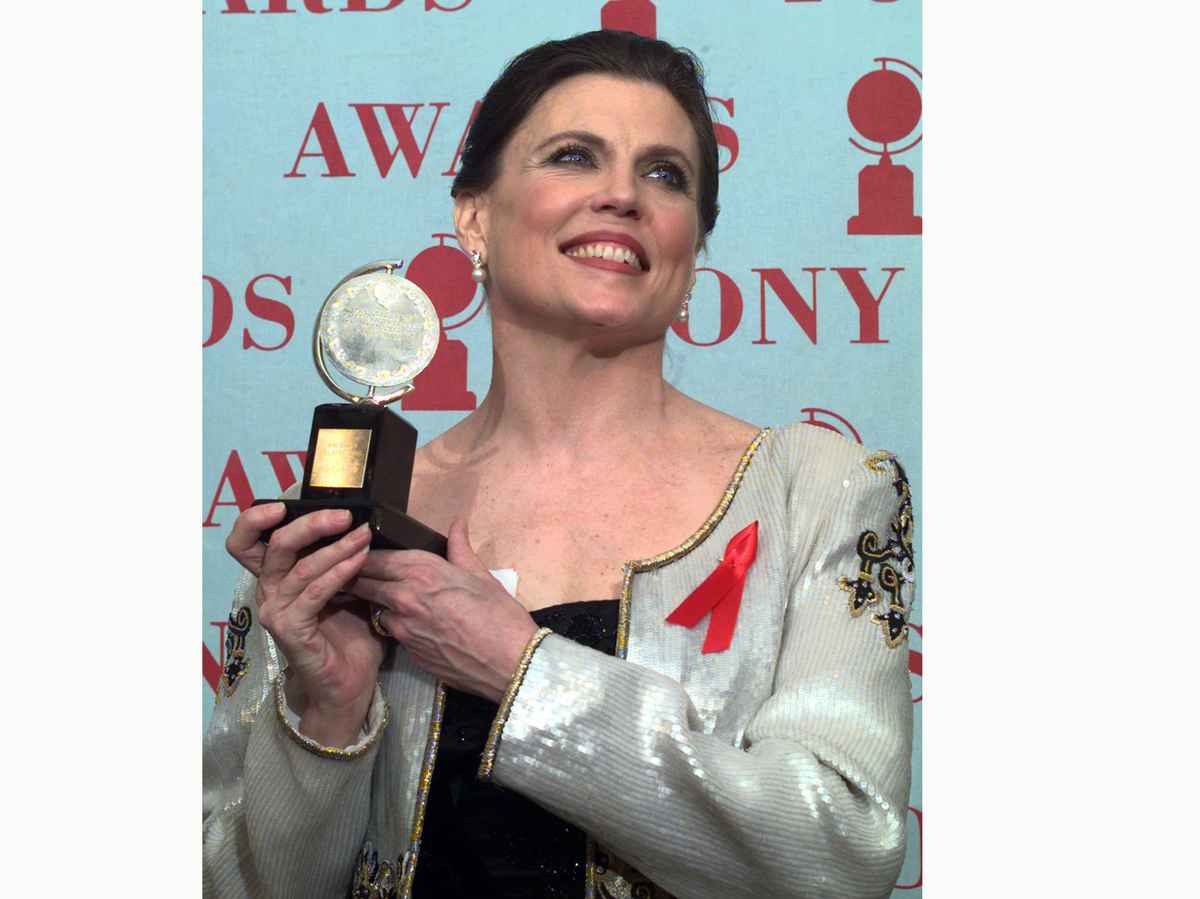 Ann Reinking, pictured holding her Tony Award for best choreography for the musical Chicago in 1997, died on Saturday, her family said in a statement.

Tony-winning legend and dance icon Ann Reinking died on Saturday, family members confirmed to news outlets on Monday. She was 71.

"The world and our family have lost a vibrant, amazing talent and beautiful soul. Ann was the heart of our family and the life of the party," her family said in a statement, as reported by Variety.

"She was visiting our brother in Washington state when she went to sleep and never woke up. We will miss her more than we can say. Heaven has the best choreographer available now. I'm sure they are dancing up a storm up there! Annie, we will love and miss you always!!!"

Born in Seattle, Reinking trained in ballet, but ended up in the chorus lines of many musicals, including Cabaret and Pippin.

She graduated to lead roles in shows such as Goodtime Charley, with Joel Grey. In 1977, she took on her most famous role when she replaced Gwen Verdon in Chicago, directed and choreographed by Bob Fosse. Fosse hired her for Dancin' and Sweet Charity, and she even played a version of herself in Fosse's film, All That Jazz.

In 1996, nearly two decades after first dazzling audiences as Roxie Hart in Chicago, she did it again in a revival she hoped would help audiences "rediscover what theater was." She won a Tony Award for Best Choreography for her efforts the following year. 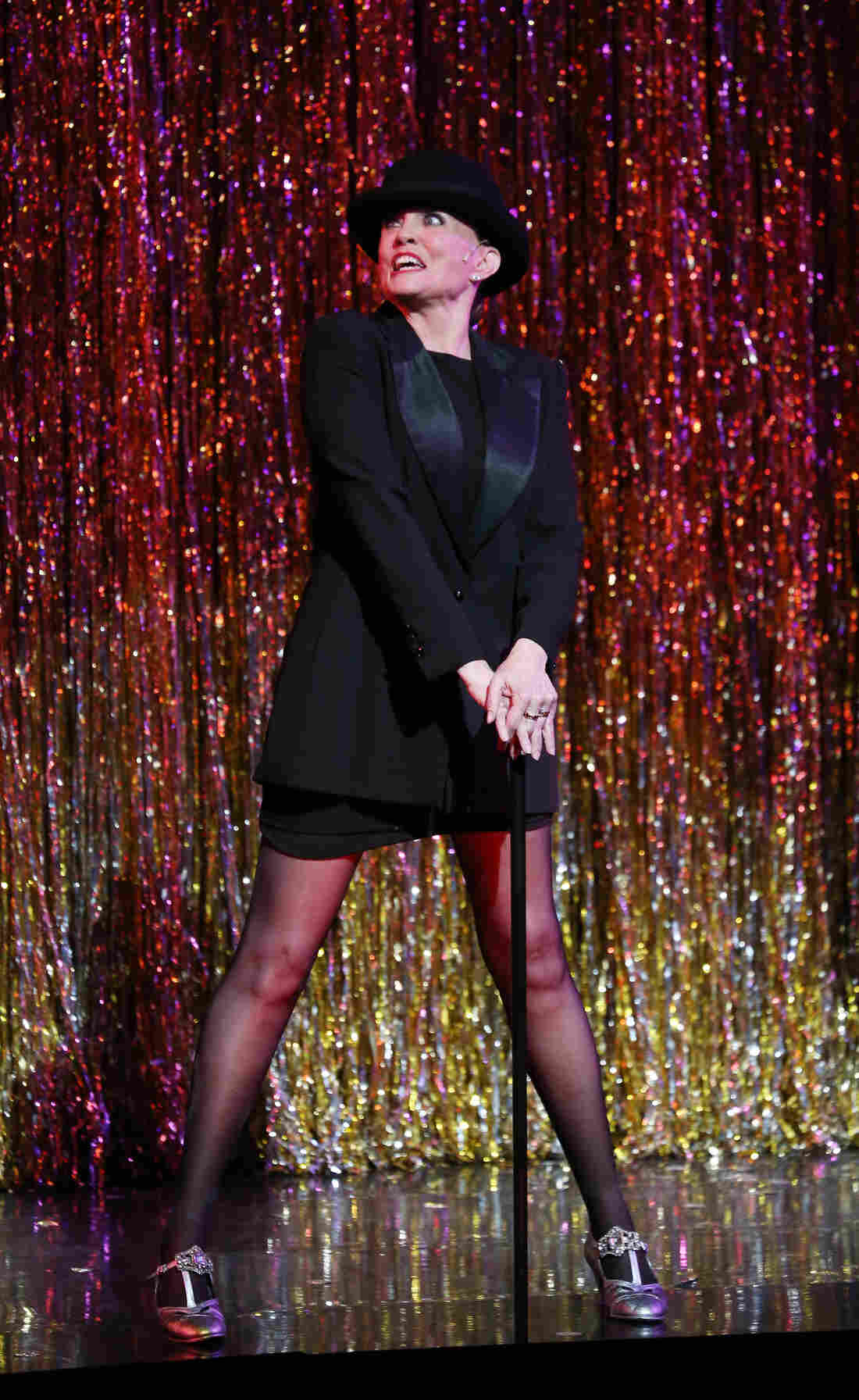 The actress, dancer and choreographer is pictured during a performance of Chicago as it became the second longest running show in Broadway history in 2014 in New York City. Walter McBride/Getty Images hide caption 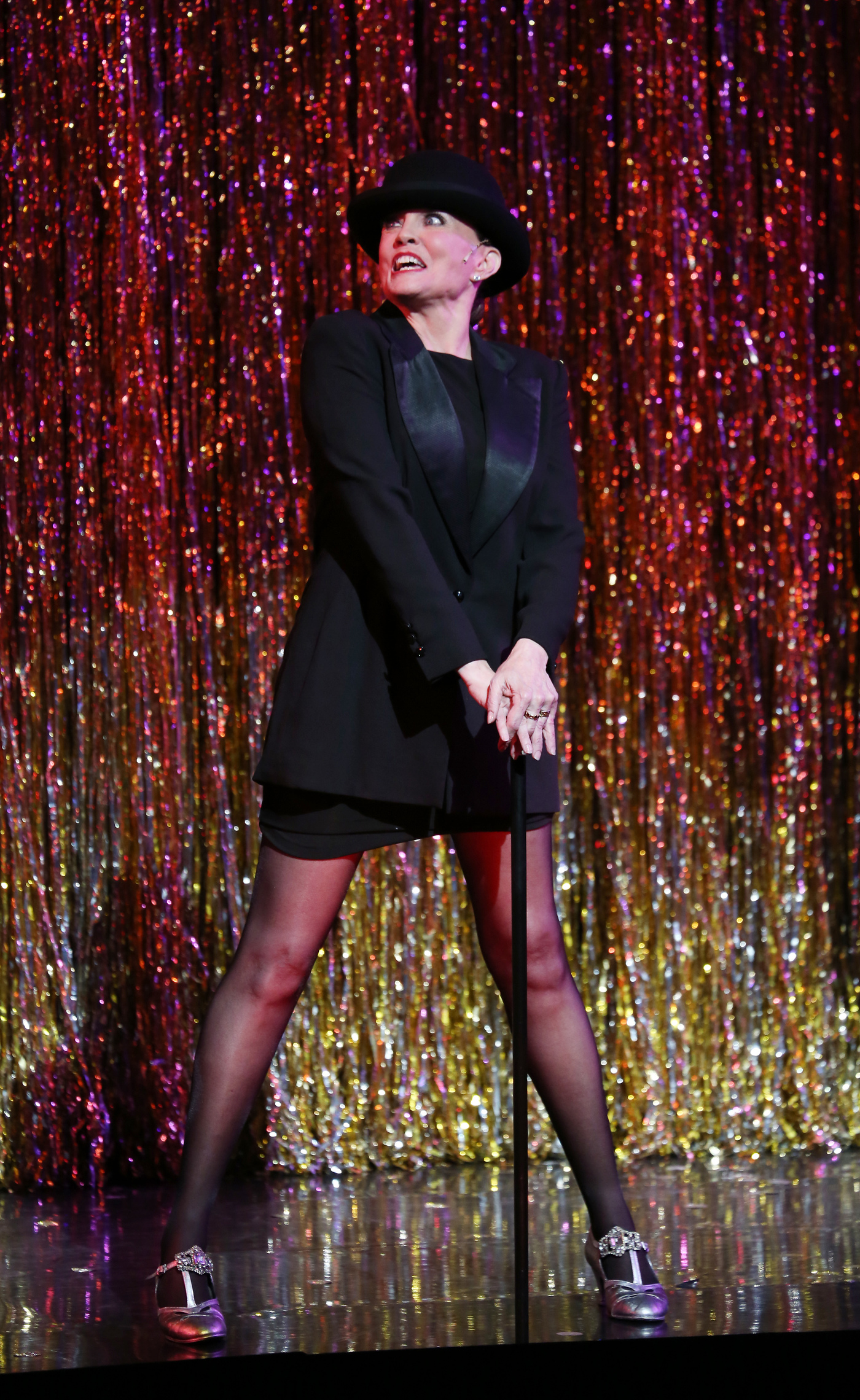 The actress, dancer and choreographer is pictured during a performance of Chicago as it became the second longest running show in Broadway history in 2014 in New York City.

A mainstay in Broadway musicals for decades, Reinking was both a muse and lover to Fosse.

That relationship was a pivotal plot line — though somewhat fictionalized — in FX's recent limited series production, Fosse/Verdon. Fosse was married to Gwen Verdon. Reinking consulted on the project, serving as a personal sounding board to actress Margaret Qualley, who portrayed the famous dancer.

"I was really nervous because I wanted to do right by her," Qualley told IndieWire of the experience. "I looked up to her for so long, was so familiar with her. More than anything, I wanted her to like it. I didn't even know her yet, but I was already thinking about that."

"The lights on Broadway are forever more dim this morning and there is one less star in the sky," he wrote in Facebook post. "The good news is that heaven has the very best choreographer on earth now."