Accessibility links
Can Barr's Replacement, Jeffrey Rosen, Withstand White House Pressure? Jeffrey Rosen will lead the Justice Department for the final weeks of the Trump presidency as the White House presses officials to do more to investigate politically sensitive cases. 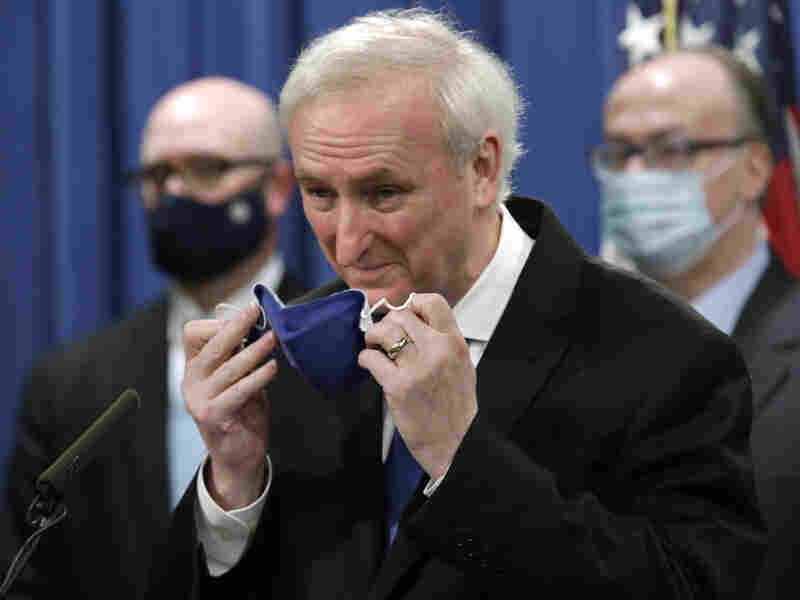 Deputy Attorney General Jeffrey A. Rosen addressed a press conference at the Justice Department in October. He'll now run the show there until the arrival of the incoming Biden administration. Yuri Gripas/AP hide caption 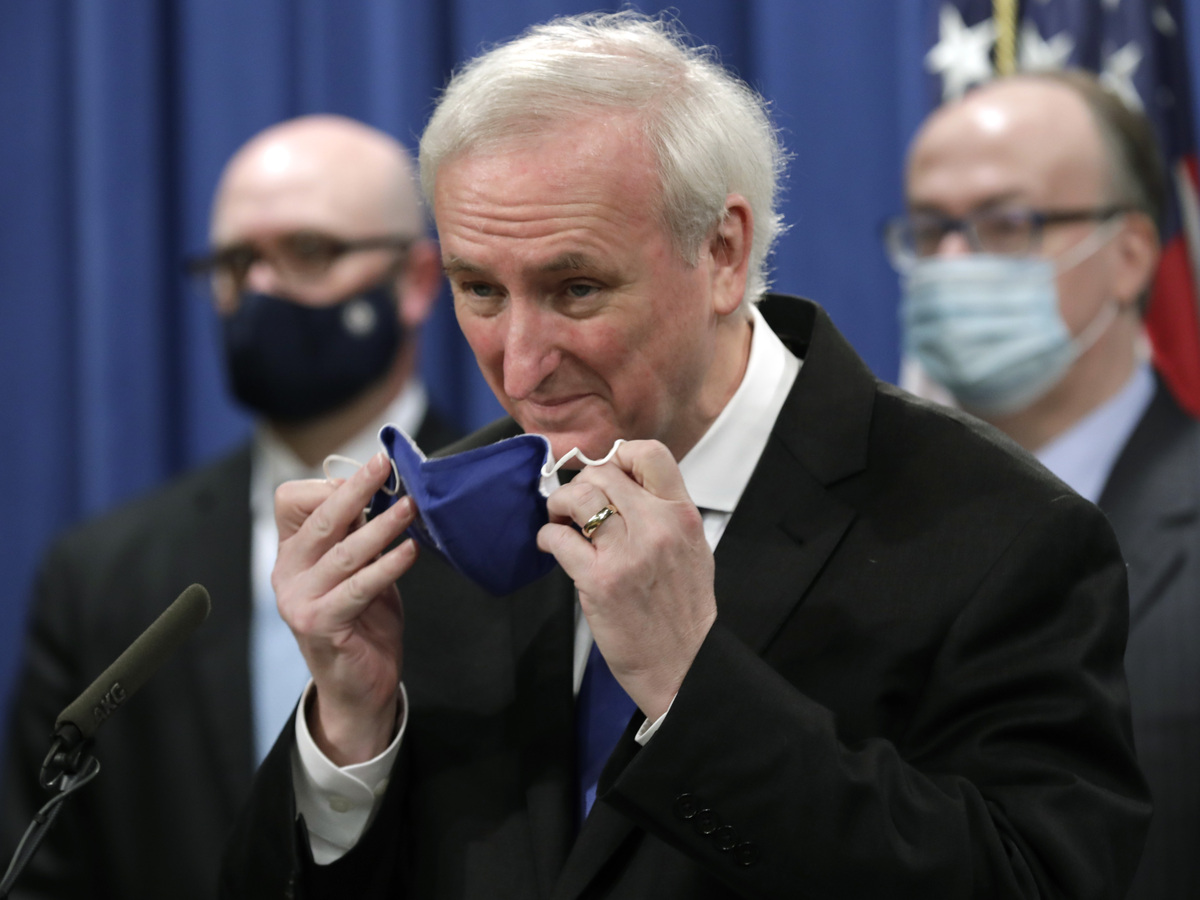 Deputy Attorney General Jeffrey A. Rosen addressed a press conference at the Justice Department in October. He'll now run the show there until the arrival of the incoming Biden administration.

Deputy Attorney General Jeffrey Rosen has largely operated outside the spotlight. But that may be about to change.

Rosen, 62, will run the Justice Department in the waning days of the administration at a time when White House officials are preparing for a wave of pardons and President Trump is demanding officials take more action on his baseless claims of voter fraud.

With the departure of Attorney General William Barr on Dec. 23, Rosen will serve as the acting leader at Justice until at least Jan. 20, when President-elect Joe Biden is set to be inaugurated.

It's not unusual for the deputy attorney general to fill that role during a government transition, but Trump's efforts to meddle in enforcement matters and his disrespect for norms of Justice Department independence promise to make the job unusually tricky.

Barr To Leave DOJ Before Christmas

The elected attorney general of Washington, D.C., Democrat Karl Racine, predicted a "five-alarm fire" at Justice in the coming weeks, warning that the president's actions "will only get worse and more dangerous."

Unlike some of his predecessors, Rosen had no prior experience as a federal prosecutor before he arrived at the marble Main Justice building in May 2019. Instead, he had served as second in command at the Transportation Department and as a top lawyer at the Office of Management and Budget.

Over the past year, Rosen has taken the lead on a major antitrust case against Google and a settlement with Purdue Pharma over its role in the opioid epidemic that has devastated the country. He also played a role in overseeing the civil lawsuit against former national security adviser John Bolton, who wrote a tell-all book filled with damaging disclosures about Trump.

Bolton and his attorney have characterized that case as politically motivated — an attempt at revenge, they argue, for revealing information that bolstered Democrats' onetime impeachment case against Trump.

They and other skeptics have been anticipating for some time that circumstances might place Rosen in a position to decide how to handle demands from Trump about how to use the Justice Department.

At his confirmation hearing in 2019, Senate Democrats pressed Rosen about his ability to withstand heat from the White House: "If the appropriate answer is to say no to somebody, then I will say no," he said.

But prosecutors who have worked with both Rosen and Barr said they are very different men.

Among the sensitive matters now before DOJ leadership: Trump's desire for the appointment of a special counsel to investigate tax allegations against President-elect Joe Biden's son, Hunter; and his demands that prosecutors take more action on alleged election fraud.

Barr told The Associated Press earlier this month he had not uncovered evidence of widespread fraud that would have changed the outcome of the election.

One former Justice official said Rosen would likely try to avoid controversy and protect his reputation in the coming weeks, but that the issue of special counsels could provoke a showdown with the White House.

"He is a good man and will be an ethical leader and a steady hand at the Department of Justice," Graham said.