Accessibility links
There's Only One Charley Pride Charley Pride was a symbol, ancestor and influence. But the country singer was also a master interpreter of song, his warm baritone attuned to deep emotion.

There's Only One Charley Pride

There's Only One Charley Pride 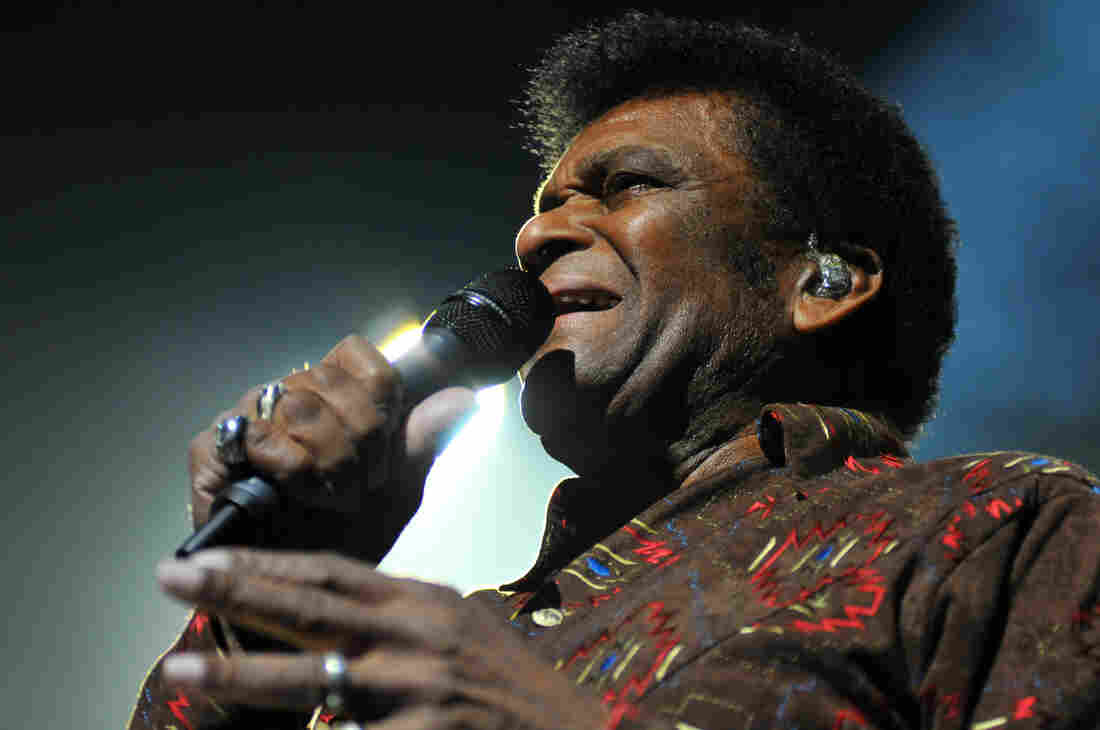 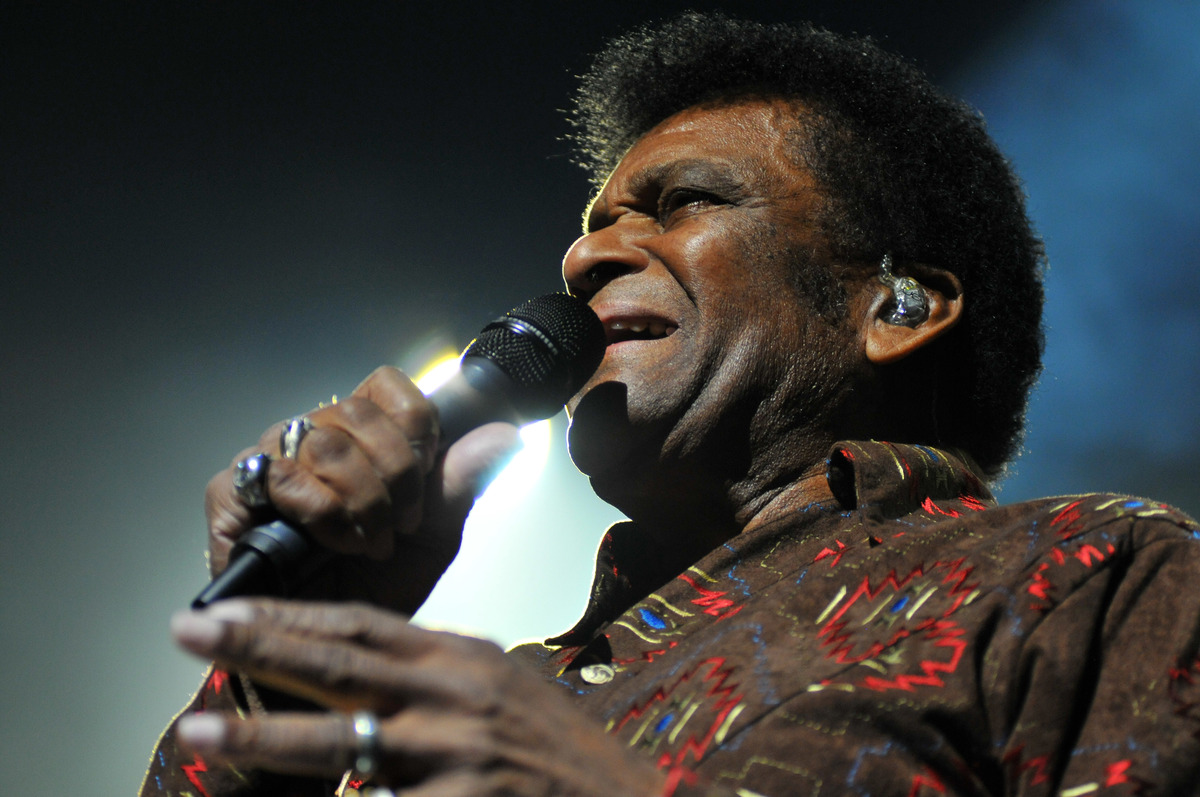 Charley Pride left behind a complex legacy and rich body of work that deserves closer listening.

In 1966, Charley Pride's debut country single, "The Snakes Crawl at Night," was deliberately mailed out to radio stations without a photo of him. That way, his label strategized, his voice alone would inform the industry's first impression before Pride's African American identity was widely known. On the one hand, this oft-repeated tale underscores the blatant racism of the 1960s country music business and, on the other, the belief that his singing could nonetheless sell itself. Within months, his anonymity had ended and his hits had begun, initiating a phenomenal run of commercial success that would stretch into the mid-'80s, across massive stylistic and cultural upheaval.

In the midst of it, Pride was recognized as the all-around best in his field, winning the male vocalist and entertainer of the year trophies at the 1971 CMA Awards. His was one of the great country music careers. Eventually, he received the level of institutional recognition that he deserved: induction into the Country Music Hall of Fame, though that didn't come until he'd been eligible for nearly a decade, and lifetime achievement awards from the Grammys in 2017 and the CMAs in November, both of which, but especially the latter, came off as a sort of belated atonement. The CMA Awards show, an indoor affair whose widely criticized television broadcast showed numerous unmasked artists in attendance, was also his final public appearance before he died from complications of COVID-19 on Dec. 12.

It could be argued, and has been by country music critic David Cantwell, that the foundational fact that Pride was the first Black country superstar is sometimes the only thing about him that receives attention. He was a monumentally important symbol, ancestor and influence to be sure, but also an individual who made artistic choices, developed and applied profound performing abilities and navigated a genre, falsely presumed to be and too often ruled as the domain of whiteness, with phenomenal shrewdness and care. He left behind a complex legacy and rich body of work that deserves closer listening.

To sustain a country career beyond one or two hits, as Pride did, usually requires performers to establish credibility with the audience by accentuating their country roots. By the time he began releasing singles, the artificial segregation of popular music along racial lines — initially divided into hillbilly and race records — had already been reinforced for four decades by those with the power and resources to categorize and market music. Black innovations were continually absorbed into what we now know as country music, and continually whitewashed. Pride had to work overtime to prove his sincere connection to country — that he was knowledgeable about it, had a feel for it and had a claim to it, and that all of that had been true ever since he was a 5-year-old, working-class kid listening to the Grand Ole Opry on his dad's Philco radio in tiny, rural Sledge, Miss.

During Pride's 1969 live album In Person, his 1994 autobiography and elsewhere, he recounted, rather lightly, a few of his undoubtedly many experiences of being addressed as though he was some sort of interloper in country music. When I sat down with him in 2011, he demonstrated how he would respond to such ignorant treatment — my words, not his — with unfathomably patient appeals to the logic of music history: "People used to say to me, 'With a voice like yours, why do you have to sing that stuff?' They used to say it like that. 'You could sing anything you want to.' I said, 'Well I'm not saying I could sing anything I want to, but I do feel that I sing the basics of American music: country, gospel and the blues. I think I'm the epitome of all of that. And not only when you hear me, but when you see me, too."

Country Star Mickey Guyton: Why Being 'Black Like Me' Shouldn't Be Twice As Hard

Even today, country's Black performers face the expectation that they need to explain themselves and justify their presence. What's changed is that some artists living that experience have decided to defy the codes of Nashville decorum and spell out the emotional labor that's required of them, as Mickey Guyton has done, on social media, in interviews and in her song "Black Like Me." There's also an increasing awareness of country music's Black source material and its generations of marginalized Black practitioners.

Pride survived his era, in part, by vigilance: anticipating and avoiding potential danger and controversy and putting white people — fellow performers, industry gatekeepers and audience members — at ease. (His fan base is, of course, racially diverse, and that was reflected in the gathering of his fan club that I attended.) During our interview, I asked Pride why he'd never relocated to the industry hub of Nashville, and he responded in the understated language of savvy self-preservation: "I think I would have gotten into trouble by people wanting to pitch you a song every day you stick your head out," he reasoned. "And I didn't want 'em to think I was a snob or something like that. Plus, the main thing was the kids. My wife and I both were born in Mississippi. Of course, my career was right smack dab in the middle of the Civil Rights Movement and all that stuff. So that played a great part in not moving to Nashville. Because Nashville, it was the music capital of the world, but it still was southern. Our kids would have ran into a whole bunch of what we had to grow up with — segregation and that sort of thing."

He was also initially told that he needed to steer clear of romantic ballads, lest the notion of him singing amorous lines to white, female fans transgress the boundaries of decency.

Pride was an exceedingly accomplished entertainer, despite the restrictions pressed onto him. While he didn't really consider himself a songwriter, he was discerning about how he approached the songs he selected, and frequently elevated them with his thoughtfulness. "I always liked to get my material and live with it and see how I would like to phrase it and all that stuff," he told me.

People tended to think of him as a smooth singer. He even recalled for me a bizarre episode of a woman claiming that his voice had hypnotized her. But his vocal timbre itself was actually rather grainy. The smoothness had to do with his fluency as a communicator — fluency in the small, but meaningful gestures of honky-tonk, pop-influenced crooning and more as the years went on. During portions of his underrated 1977 album She's Just an Old Love Turned Memory, he summoned warm attention to detail and conversational ease that was right in step with the '70s singer-songwriter movement.

Throughout his long recording career, Pride had a way of making it evident that his baritone, an instrument of warm, steady strength, was attuned to deep emotion. During "Old Photographs," the note-bending dips in his stoic, elongated notes reveal that just beneath them lies the pain of lost domestic happiness. In the humble wedding proposal "All I Have to Offer You is Me," he warns his love that life with him will be without luxury, his words practical but his phrasing weighted with pleading. "I'm Gonna Love Her On the Radio" is a vow of mild emotional revenge from someone who, his performance shows us, is still wounded.

The latter song, a single released in 1988, when Pride's presence on the charts was waning, is proof that he could bring emotional resonance to songs that didn't really have much to them. That was a philosophy that he developed early on: "[Producer] Jack [Clement] and I — back then people would get a big song like 'Kiss an Angel' or something, then they'd put kind of mediocre-type songs around it on an album — we always felt like if a song was a B song, we'd like to try to make it an A. And if it was an A song, we'd try to make it a double A. We tried to think in terms of everything we did could be a single, and I think that's why I sold so many albums."

"Kiss an Angel Good Mornin,'" a sanguine 1971 smash that even crossed over to the Adult Contemporary chart, appeared on the album Charley Pride Sings Heart Songs. That title could've doubled as a summation of one of his true specialties. He'd long before tossed out the admonition against singing openly romantic numbers — heart songs, if you will — and found them to be among the most beloved and crowd-pleasing entries in his repertoire.

I sing the basics of American music: country, gospel and the blues. I think I'm the epitome of all of that. And not only when you hear me, but when you see me, too.

Despite carving out his career at a time when country cozied up to politicians praising old-fashioned values and dog-whistling to whites who opposed racial progress, Pride was subtly modern in his self-presentation, stage attire and sensibilities; many of his lyrics took as a given that female characters were making their own choices in life. He also conveyed downhome affection for his rural roots, but balanced it against clear-eyed memory. He had, after all, grown up under the cruelty of the Jim Crow South. You could hear him distancing himself, however gently and good-naturedly, from rustic realities and taxing farm labor in "Mississippi Cotton Picking Delta Town" and "Wonder Could I Live There Anymore." "It's nice to think about it, maybe even visit," he allows during the latter song, "but I wonder, could I live there anymore?" There was also room in his music for both critiquing materialism and acknowledging the appeal of upward mobility.

Pride was certainly also invested in the upward mobility of Black talent in country music. Back when I interviewed him, Darius Rucker was two albums into his second act as a roots rocker-turned-country star, but Pride, with his veteran perspective, could reel off the names of many others he'd considered contenders over the decades: O.B. McClinton; Stoney Edwards; Ruby Falls; Cleve Francis; Trini Triggs, with whom Pride cut a single; his own brother Stephen and son Dion. Pride lived long enough to record a song this year with Rucker and Jimmie Allen, two Black country artists who are both presently on the rosters of labels with promotional muscle. But the progress represented by the handful of Black voices grinding away in the country mainstream, and on its fringes, right now is still quite modest at best.

In 2011, I asked Pride how much further along he expected country music to be by that point. Having borne the burden of being the sole Black artist to reach the upper echelons of his business for decades, he made his own name into a metaphor: "Now here's the clincher," he paused with import. "Maybe they don't want anymore Charley Prides. Maybe the industry doesn't want anymore Charley Prides. Now you say, 'Well, Charley, why would you say...'" he trailed off from his hypothetical question, before punctuating the thought emphatically: "I'm saying it. If I'm saying the wrong thing, I say now you must go and talk to the industry."

He was right about where the responsibility to supply answers should lie. But if you take his statement literally, what he's describing is an impossibility. Hopefully, his spiritual descendants will multiply in country music, but there can't be another Charley Pride, because he was singular.