Accessibility links
Congressional Leaders Near Deal On COVID-19 Relief Bill Congressional leaders are finalizing legislation that would include a fresh round of smaller stimulus checks. The proposal abandons more controversial issues. 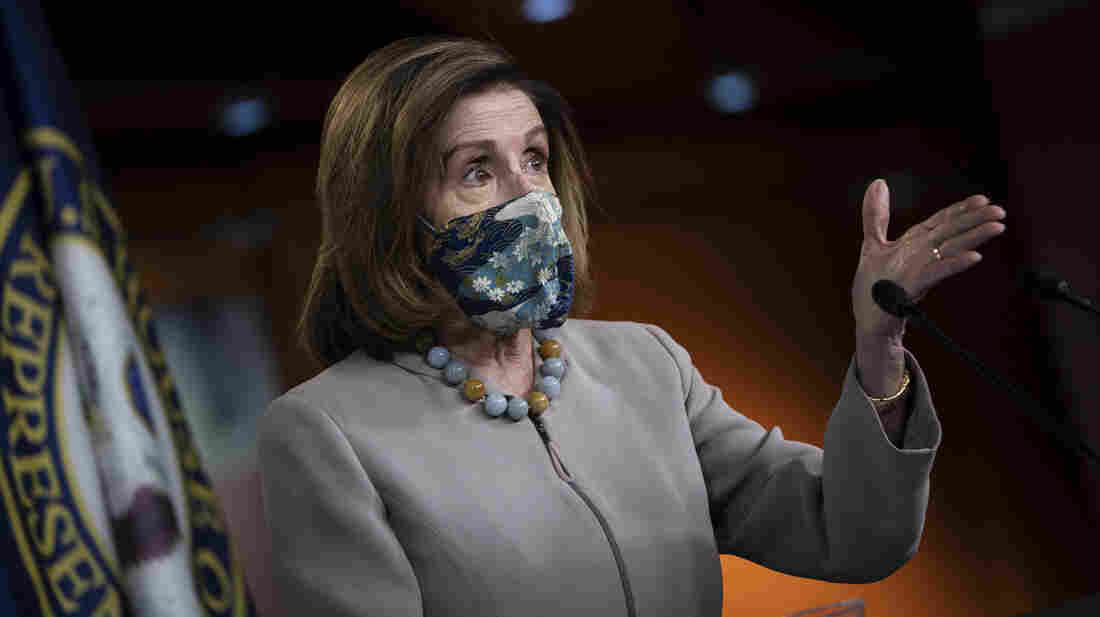 House Speaker Nancy Pelosi and Senate Majority Leader McConnell have traded vastly different proposals over the past several months but had not been directly engaged in talks. Drew Angerer/Getty Images hide caption 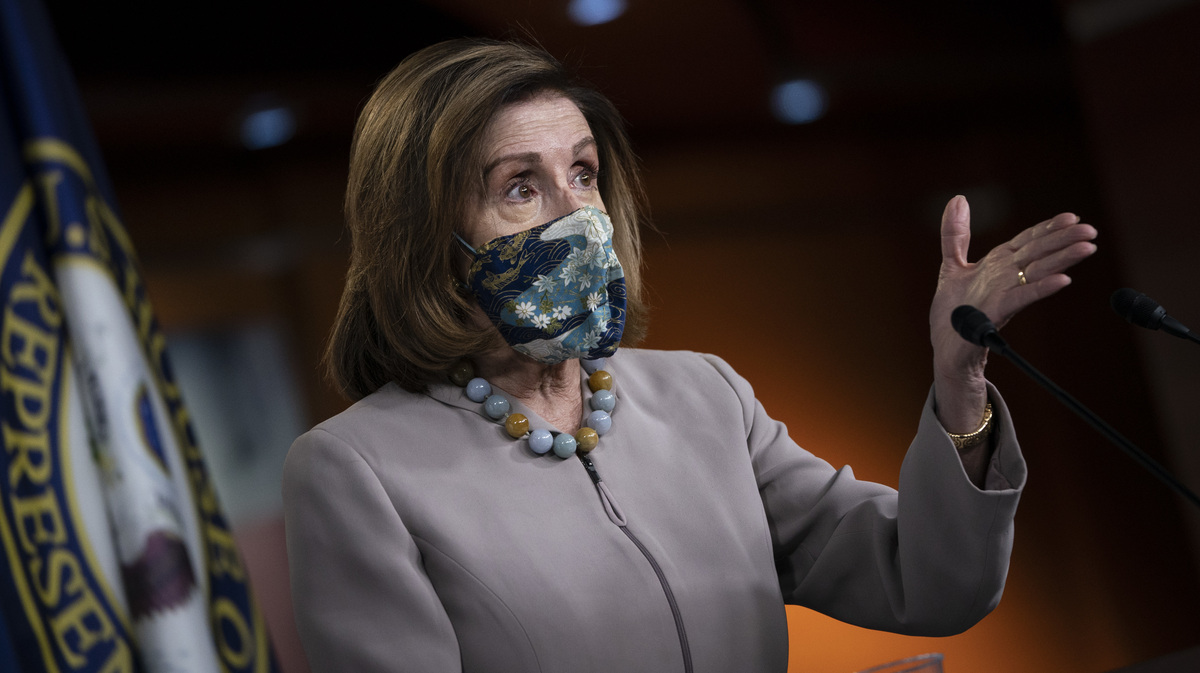 House Speaker Nancy Pelosi and Senate Majority Leader McConnell have traded vastly different proposals over the past several months but had not been directly engaged in talks.

Congressional leaders are nearing an agreement on a roughly $900 billion COVID-19 relief package that is likely to include a fresh round of smaller stimulus checks, according to congressional aides familiar with the talks.

Negotiations are ongoing and nothing is finalized, but leaders were optimistic following a lengthy negotiating session on Tuesday night.

"We made major headway toward hammering out a targeted, pandemic relief package that would be able to pass both chambers with bipartisan majorities," Senate Majority Leader Mitch McConnell said on the Senate floor.

The package is expected to include many elements of the bipartisan proposal released by a group of centrist House and Senate members earlier this week, including further federal unemployment insurance, an extended ban on evictions and a continued pause on federal student loan payments. The bill is not expected to include any new direct money for state and local governments as Democrats have demanded nor is it expected to include Republican-backed liability limitations.

The proposal is expected to include more money for the Paycheck Protection Program and for vaccine distribution.

Congressional Leaders Remain At An Impasse On COVID-19 Relief

The talks are continuing, though Pelosi and McConnell say they are committed to completing a bill before the end of the year. Leaders plan to attach the coronavirus measure to an omnibus spending bill. Doing so may require them to pass an additional short-term funding stopgap to allow committees to write legislative language for the COVID-19 provisions. The federal government is scheduled to run out of money on Dec. 18 so a temporary bill would avoid any brief shutdown as both chambers process the package.

"Nothing is a done deal yet, but I think progress is being made, seems like there's movement in the right direction, and I guess I'm hopeful that we'll be able to hit the deadline," Thune said.

President-elect Joe Biden, speaking to reporters in Wilmington, Del., called the emerging deal "encouraging" and praised bipartisan leaders. But he noted that the package was a "down payment" and that Congress would need to pass another bill in the early part of 2021.

The sudden rush toward agreement comes after months of public, partisan bickering and virtually no private negotiation on an aid package. Pelosi and McConnell have traded vastly different proposals over the past several months but had not directly engaged in talks.

Instead, a bipartisan group of more moderate lawmakers from both parties launched their own working group to craft a workable agreement. Groups like these frequently emerge, but it is rare that leaders fully embrace their proposals.

Top Democrats Back Off Demands For Larger COVID-19 Bill

The biggest change to the legislation produced by the bipartisan group is the addition of a new round of stimulus checks. Sens. Bernie Sanders, I-Vt., and Josh Hawley, R-Mo., have demanded that checks be included in the package and have considered blocking any legislation that does not include the funds.

"We have right now probably the worst set of crises in this country since the Great Depression," Sanders told NPR's All Things Considered. "I do not believe that it is appropriate for members of Congress to go back to their families for the Christmas holidays while so many millions of families in this country are struggling just to stay alive."