Accessibility links
Atlantic City Is Offering Bidders The Chance To Blow Up A Former Trump Casino The Trump Plaza in Atlantic City, N.J., is scheduled for implosion next month, but the right to press the button is still up for grabs. The city is auctioning off the opportunity for charity. 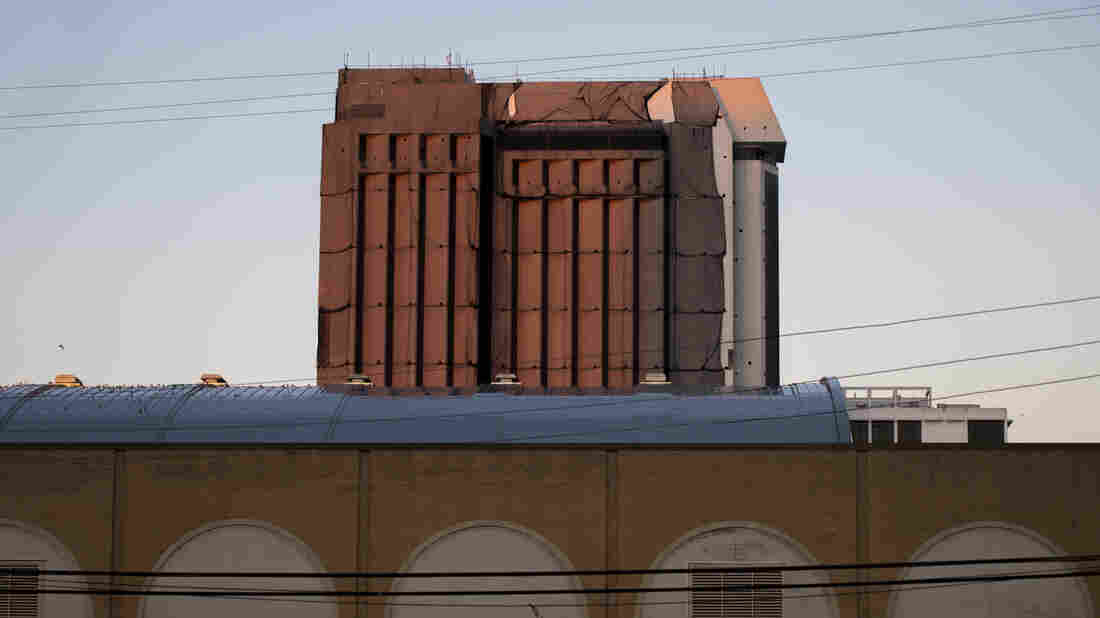 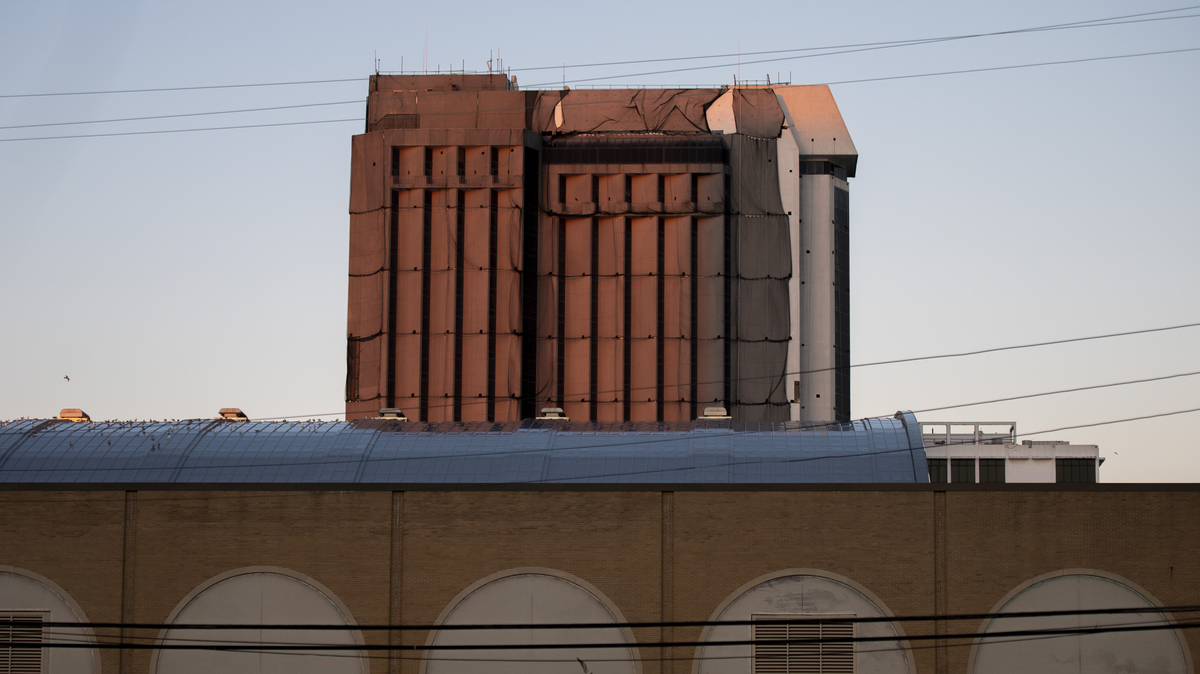 Evening light illuminates the Trump Plaza Hotel & Casino earlier this year in Atlantic City, N.J. The city's mayor, Marty Small, says that the right bid will buy one lucky person the right to activate the casino's planned implosion next month.

For about six years, the ghost of the Trump Plaza Hotel and Casino has haunted the boardwalk in Atlantic City, N.J., its lingering vastness vacant of life.

But not for long: The skyline highlight-cum-eyesore is scheduled for demolition late next month, and the city is offering you the opportunity to bring it down with your own bare hands — sort of.

"We are selling the experience to push the button to implode Trump Plaza," says Bodnar's Auction, an independent auction house that the city has hired to collect bids for the building's planned implosion on Jan. 29 — just nine days after President Trump's term come to a close.

"This will be done remotely and can be done anywhere in the world as well as close to the Plaza as we can safely get you there!" the auctioneer exults.

City officials say that proceeds from the auction will benefit the Boys & Girls Club of Atlantic City, a nonprofit organization dedicated to providing services for the city's young children and teens.

"Some of Atlantic City's iconic moments happened there, but on his way out, Donald Trump openly mocked Atlantic City, saying he made a lot of money and then got out," Mayor Marty Small told The Associated Press. "I wanted to use the demolition of this place to raise money for charity."

The Trump Plaza, one of three major properties in the city once owned by the president, formally folded after a final spasm of layoffs in 2014. But by then, Trump had already shuffled off most of his stake in the casino. He retained just 10% of Trump Entertainment Resorts, the casino's parent company, as part of a deal after the company declared bankruptcy in 2009. (It would file for Chapter 11 protection again in 2014.)

The casino is now owned by billionaire businessman Carl Icahn. While Trump's other major Atlantic City properties — the Taj Mahal and the Trump Marina — have revived with changes in name and ownership, the Trump Plaza has languished in disrepair for the better part of a decade.

Earlier this year, witnesses filmed as high winds tore off pieces of the crumbling facade and sent them tumbling to the ground from great heights. Demolition work began on the casino earlier this year after Icahn and city officials reached an agreement to have the structure finally torn down.

Now, Mayor Small hopes the right to finish it off will draw bids in excess of $1 million. We'll find out soon: The AP reports that auctioneers will solicit offers through Jan. 19 and assemble the highest bidders for a live auction 10 days later.