Accessibility links
China's Chang'e-5 Lunar Capsule Returns To Earth Carrying Moon Rocks The successful completion of the Chang'e-5 mission makes China only the third country to have returned soil and rock samples from the surface of the moon.

China Promises To Share Findings From Its Returned Lunar Probe

China Promises To Share Findings From Its Returned Lunar Probe 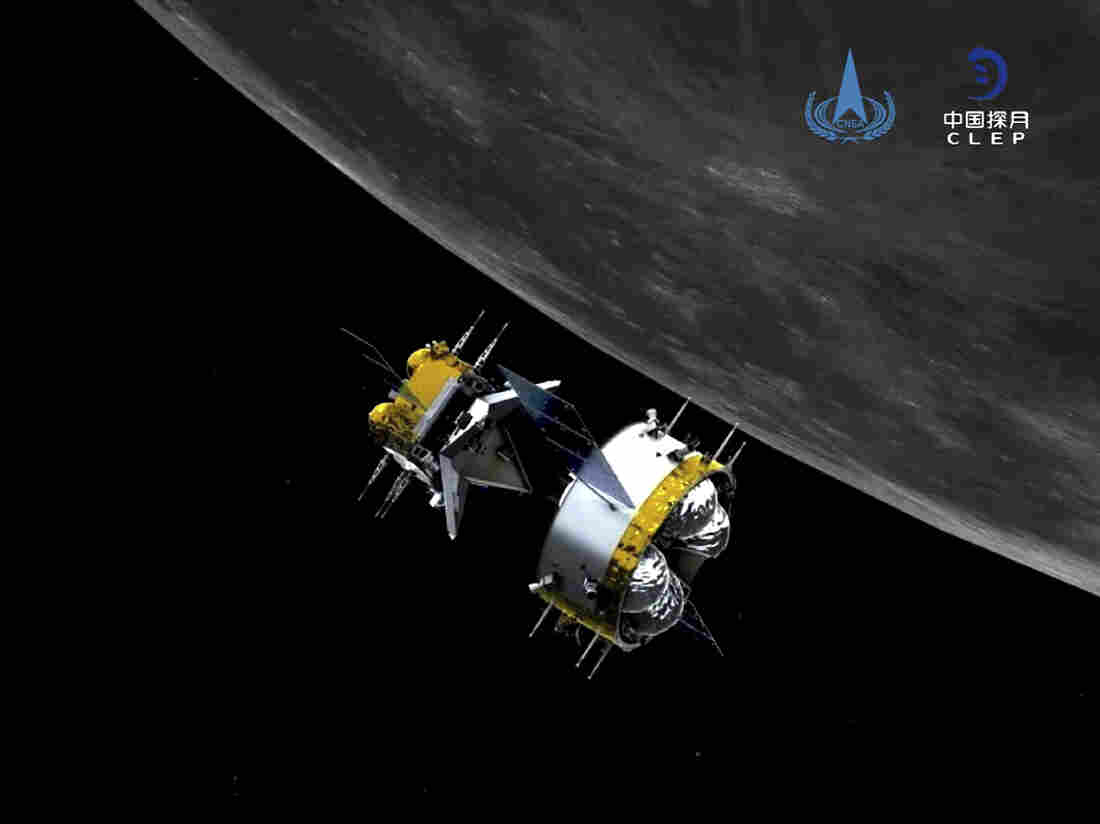 China's Chang'e-5 probe returned to Earth this week after collecting samples of the lunar surface to Earth for the first time in almost 45 years. China National Space Administration/Xinhua via AP hide caption 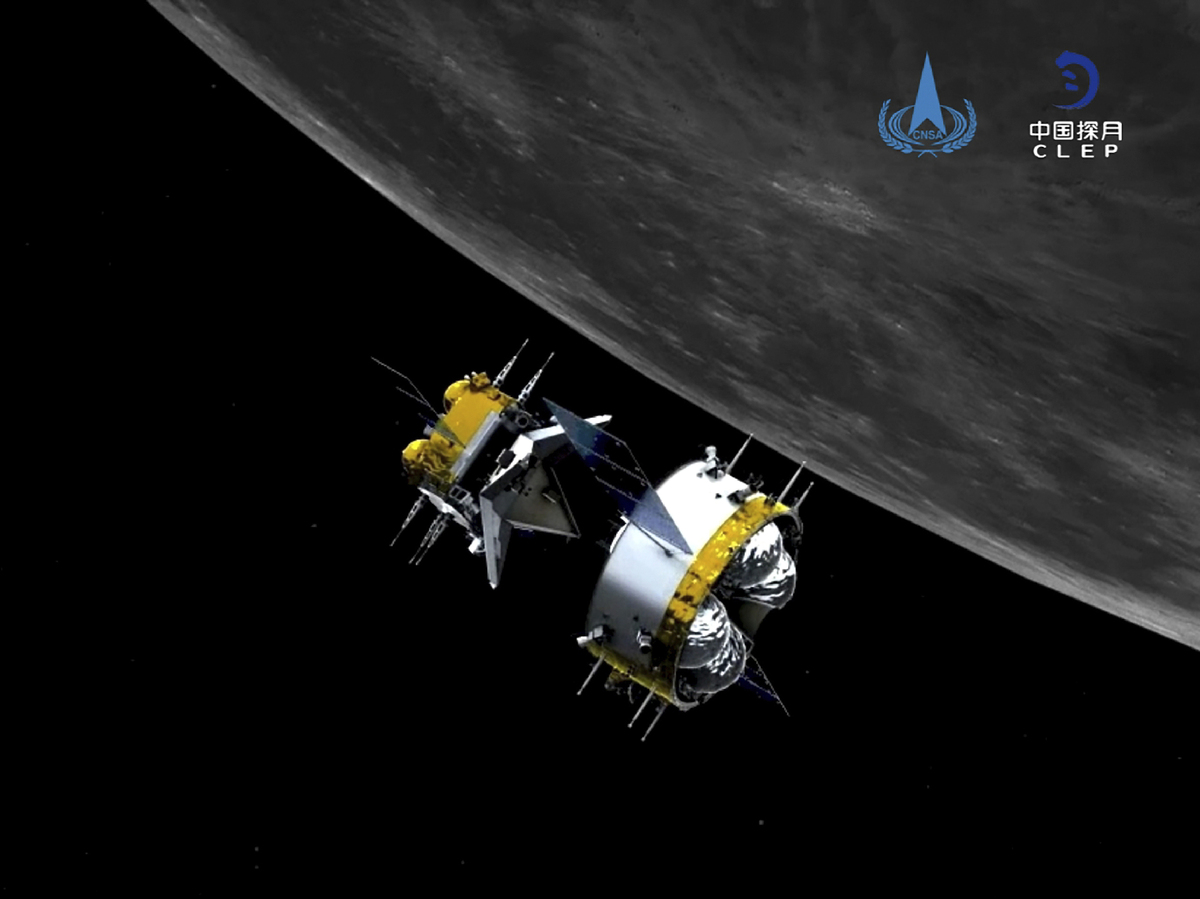 China's Chang'e-5 probe returned to Earth this week after collecting samples of the lunar surface to Earth for the first time in almost 45 years.

After 23 days and some 230,000 miles traveled, China's Chang'e-5 lunar capsule returned to Earth during Thursday's predawn hours. It carried cargo of more than four pounds of the first fresh samples of moon rocks and other debris in more than 40 years.

China's space agency said Thursday it intends to share its findings with the global scientific community.

The capsule for the Chang'e 5 probe landed in the Siziwang district of the Inner Mongolia region, the China National Space Administration reported. It first set off for the moon on Nov. 24.

Chang'e-5: To The Moon And Back

The samples returned in this latest mission will provide the youngest Moon rocks and debris ever examined. Samples from the U.S. and the Soviet Union missions are more than three billion years old, scientists say.

The Chang'e-5 mission specifically aimed to collect samples less than two billion years old, according to National Geographic. This provides the global scientific community fresh insight into the history and other characteristics of the moon.

The mission zeroed in on landing in the Oceanus Procellarum, or Ocean of Storms, near a location called the Mons Rumker. This area was believed to be volcanic many years ago, and thus may have much younger rocks to pull from.

Xu Hongliang, spokesman for the China National Space Administration, said the nation is "very welcoming" of joint research, according to The China Daily.

Wu Yanhua, deputy director of China's space agency, said the soil samples collected with this mission will also be used for further research and museum exhibits.

The nation's Chang'e-6 and Chang'e-7 missions will further explore the moon and will collect more lunar samples for additional analysis. These missions may also allow for international payloads to be brought on board.

The Chang'e-8 mission will examine the capability of building an international lunar research station.

The Chinese government also has plans for three planetary missions that include a fly-by of Jupiter, and separate sample-return missions to an asteroid and Mars.