Accessibility links
Robert E. Lee Statue Removed From U.S. Capitol The Confederate general's statue is expected to be replaced by one of civil rights activist Barbara Johns, who at 16 led a student walkout protesting inferior conditions at an all-Black high school. 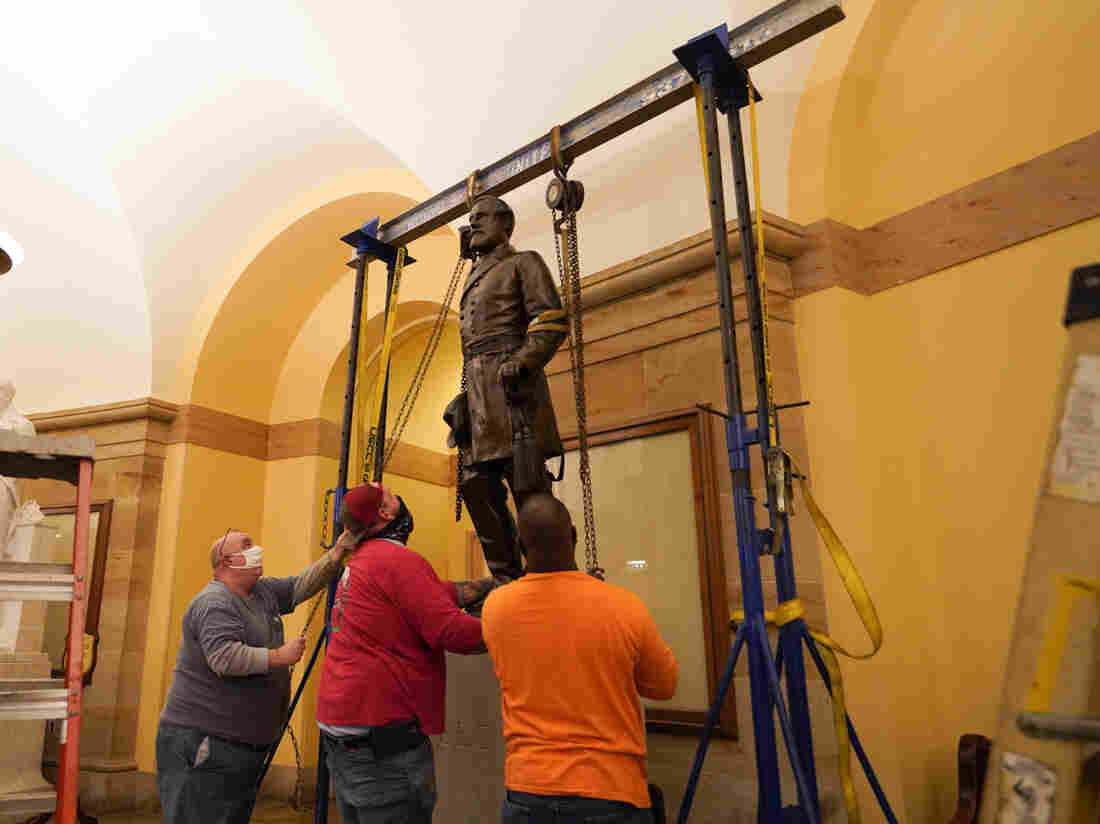 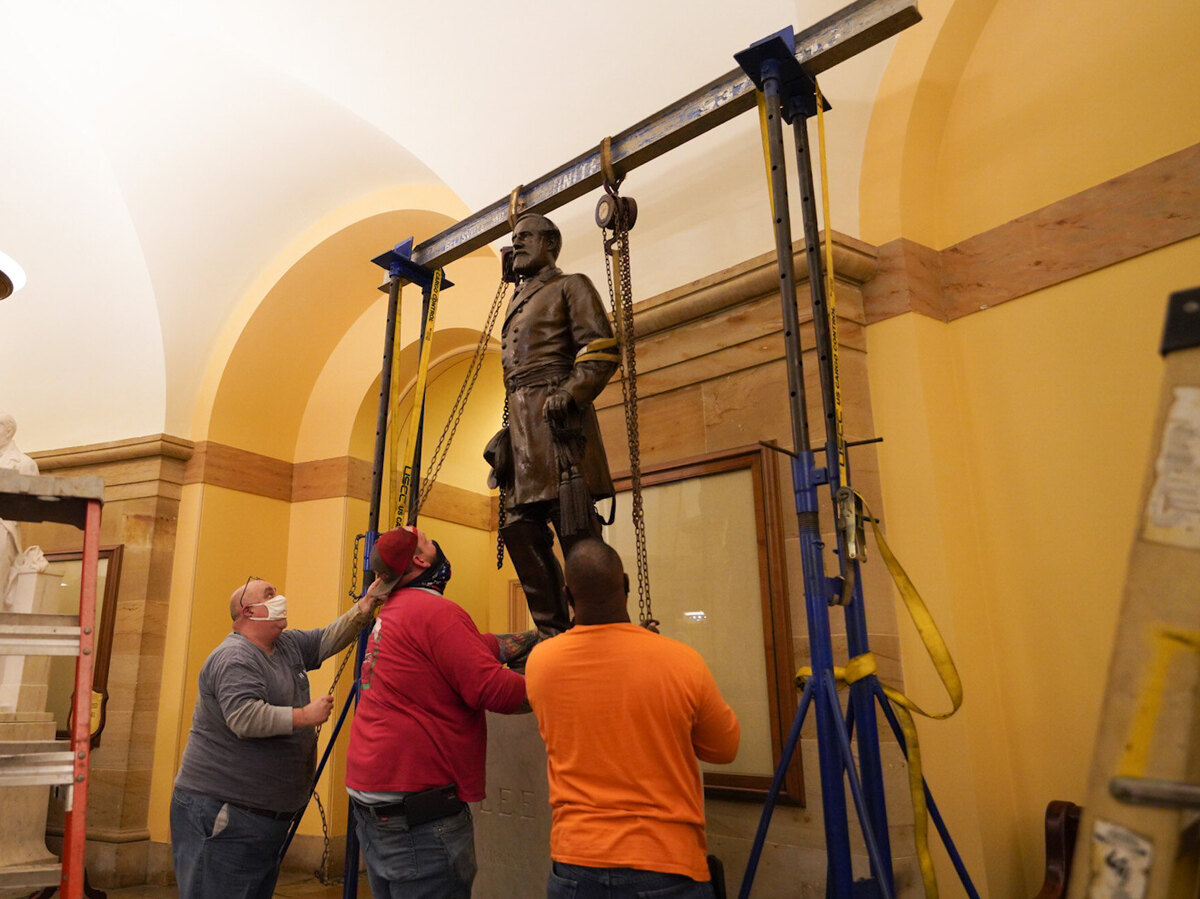 A statue of Robert E. Lee was removed from the U.S. Capitol early Monday.

For more than 100 years, two statues representing Virginia have stood at the U.S. Capitol: one of George Washington and another of Confederate Gen. Robert E. Lee.

But early Monday, the Lee statue was removed from the National Statuary Hall's collection. It's expected to be replaced by a statue honoring civil rights activist Barbara Johns.

"This is a historic and long-overdue moment for our Commonwealth," U.S. Reps. Donald McEachin and Jennifer Wexton, both Democrats from Virginia, said in a statement. "The Robert E. Lee statue honors a legacy of division, oppression, and racism — a dark period in the history of our Commonwealth and our country."

Many statues of controversial historical figures have recently been taken down across the U.S., as the country grapples with its long history of racial injustice.

The Statuary Hall collection is made up of two statues from each state, displayed throughout the Capitol. Virginia contributed the Washington and Lee statues in 1909 – some 44 years after the end of the Civil War, as Virginia Gov. Ralph Northam noted.

"The Confederacy is a symbol of Virginia's racist and divisive history, and it is past time we tell our story with images of perseverance, diversity, and inclusion," Northam said in a statement.

Johns was an important figure fighting school segregation. In 1951, when she was 16, she led a walk-out protesting inferior conditions at Robert Russa Moton High School, an all-Black school in Farmville, Va.

"Before the sit-ins in Greensboro, before the Montgomery bus boycott, there was the student strike here in 1951, led by Barbara Johns," Cameron Patterson, who heads a museum on the grounds of the former school, recently told NPR. "When the students saw what was being provided to white students in this community at Farmville High School, there was certainly a recognition that our community was not meeting the needs of the students here."

The strike caught the attention of the NAACP, which sued in a case that was later part of the landmark anti-segregation Supreme Court case, Brown v. Board of Education.

The Lee statue will be moved to the Virginia Museum of History and Culture in Richmond, according to the governor's office.