Accessibility links
Barr On Hunter Biden Investigation: No Need For Special Counsel William Barr put a damper on two ideas President Trump has reportedly raised in recent days during what was likely his last press conference as attorney general. 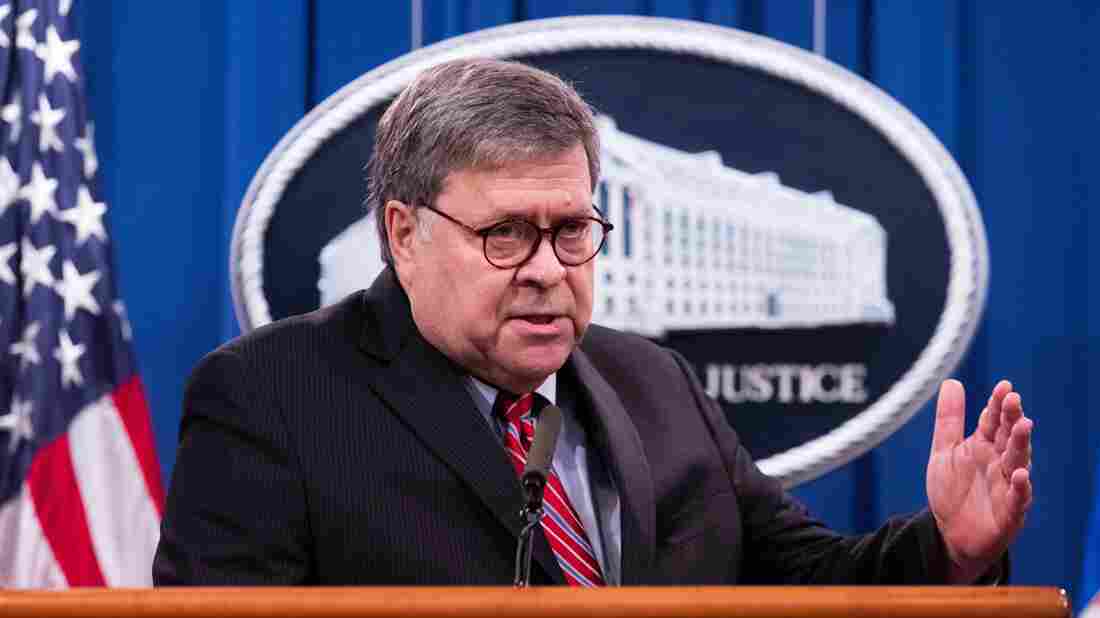 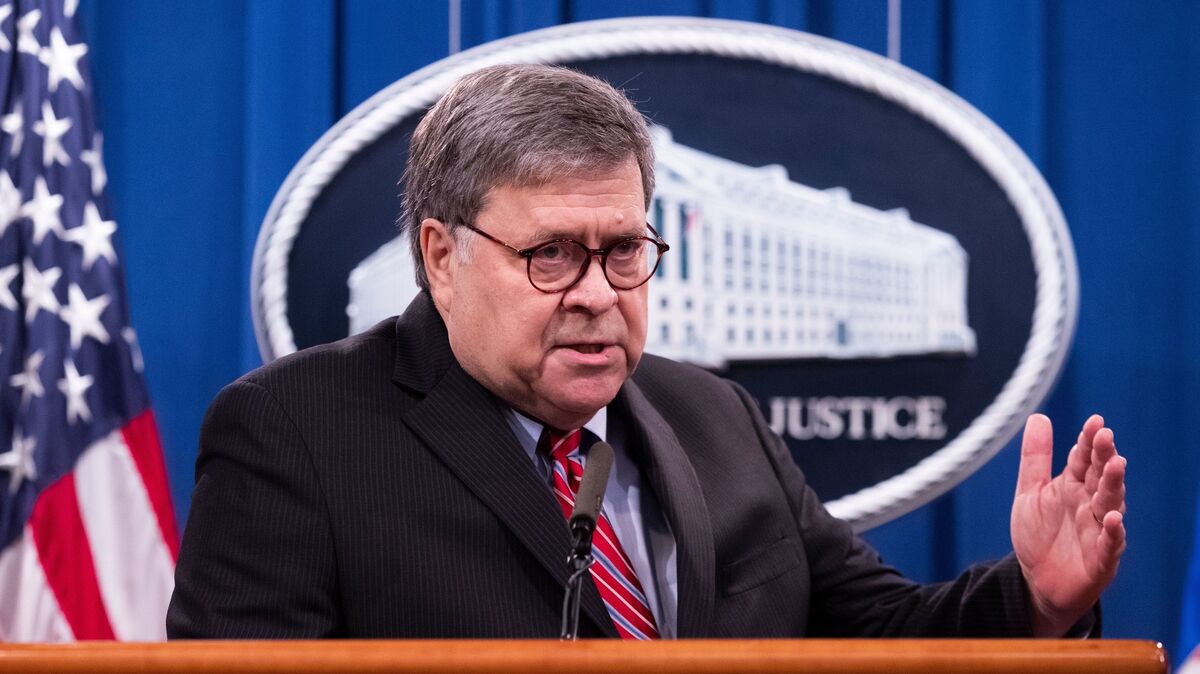 Attorney General William Barr said Monday he sees no reason to appoint a special counsel to lead the ongoing federal investigation into Hunter Biden or to probe further President Trump's claims of widespread fraud in the 2020 election.

The comments from Barr, delivered at what was likely his final news conference as attorney general, put a damper on two ideas that the president has reportedly raised in recent days. But Barr's ability to influence events all but disappears Wednesday when he will step down as attorney general.

President-elect Joe Biden's son Hunter announced this month that he's under federal investigation over potential tax issues. Trump has fumed since news of the probe came to light, arguing that Barr should have made the investigation public before the election — in contravention of Justice Department policy.

Some Republicans are pushing for the Justice Department to name a special counsel to handle the probe, which would add an extra layer of protection from potential political influence in a sensitive case involving the president-elect's son. Asked whether he agreed with the idea, Barr said no.

"I think it's being handled responsibly and professionally currently within the department, and to this point I have seen no reason to appoint a special counsel, and I have no plan to do so before I leave," he told reporters.

The U.S. attorney's office in Delaware is leading the investigation.

Barr was also asked whether he saw the need to appoint a special counsel to investigate the president's baseless allegations of widespread voter fraud.

Barr has previously said the department looked into allegations and found no evidence of systemic fraud that would change the election's outcome. On Monday, Barr said he stood by those remarks.

"If I thought a special counsel at this stage was the right tool and was appropriate, I would name one, but I haven't and I'm not going to," he said.

Barr also contradicted the president on a third topic: the recent hack of U.S. government agencies. Cybersecurity experts and sources have told NPR that Russia's foreign intelligence service, the SVR, appears to be responsible.

The Trump administration has not formally attributed the breach, although Secretary of State Mike Pompeo said on Friday that it was "pretty clearly" the Russians.

"From the information I have, I agree with Secretary Pompeo's assessment," Barr said. "It certainly appears to be the Russians, but I'm not going to discuss it beyond that."

President Trump, however, has disputed such assessments. On Twitter, he's accused the media of overplaying the severity of the breach, and he suggested it could have been perpetrated by China, not Russia.