Accessibility links
Over 70 West Point Cadets Accused Of Cheating In Academic Scandal Instructors at the Army's premier training ground for officers revealed the academic scandal on Monday, saying it's the worst they've seen since 1976. Some called it a national security issue. 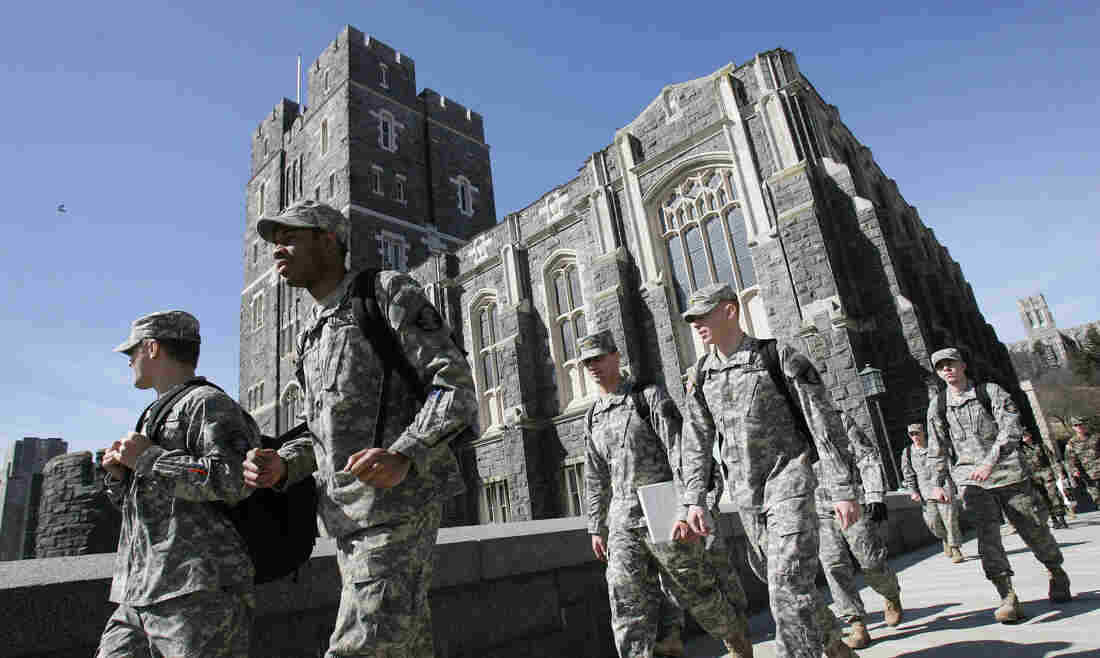 Army cadets make their way through campus at the U.S. Military Academy in West Point, N.Y., in 2007. This week, over 70 cadets were accused of cheating on an exam — the worst academic scandal since 1976, instructors say. Don Emmert/AFP via Getty Images hide caption 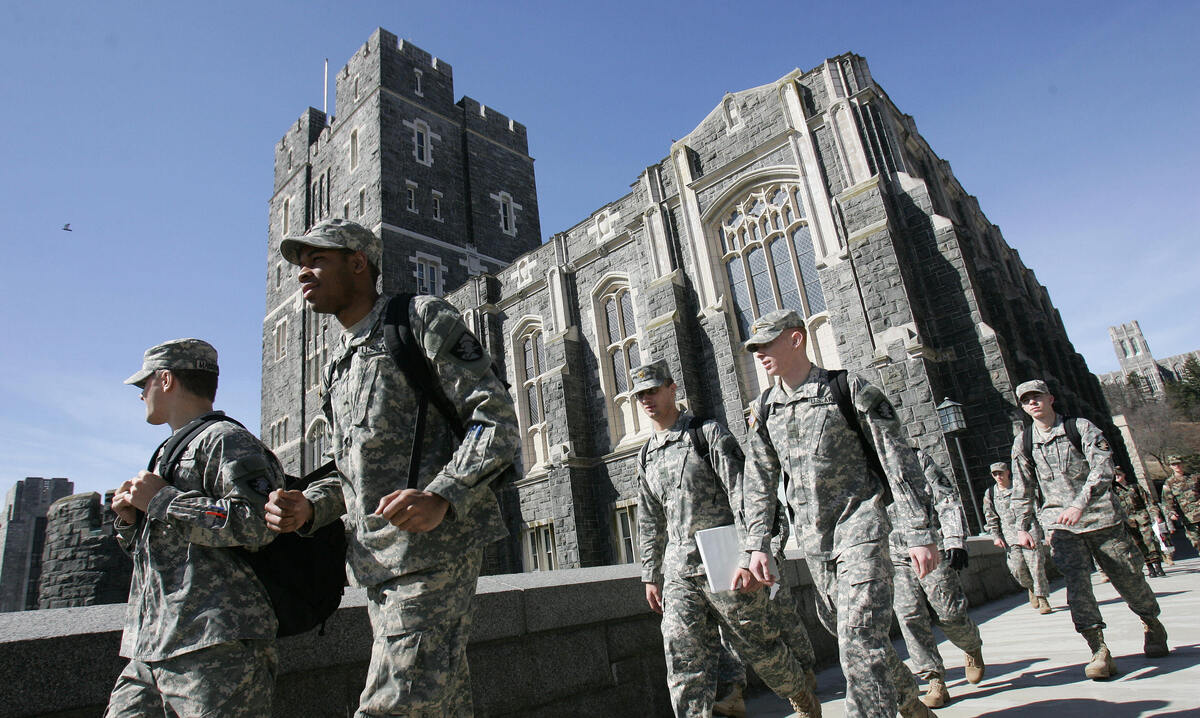 Army cadets make their way through campus at the U.S. Military Academy in West Point, N.Y., in 2007. This week, over 70 cadets were accused of cheating on an exam — the worst academic scandal since 1976, instructors say.

Dozens of cadets at the U.S. Military Academy at West Point were caught cheating on a calculus final exam in May after they all made the same errors on the test, according to officials.

Can Military Academies Serve As A Road Map For Reopening Colleges?

Instructors at the Army's premier training ground for officers revealed the academic scandal on Monday, saying it's the worst they've seen since the 1970s.

So far, 59 cadets out of a suspected 73 have admitted to taking part in the scam in which the students "shared answers and made the same mistakes," Lt. Col. Chris Ophardt, a West Point spokesman told NPR.

The test was administered remotely due to the coronavirus pandemic.

Four cadets have resigned and another eight, who say they're innocent of any wrongdoing, will face a full hearing led by seniors at the academy. The cases against two others initially implicated in the scheme have been dismissed for lack of evidence.

Cadets who commit to the rigorous military academy agree to abide by a strict honor code that holds them up to a high standard in exchange for free tuition and a $10,000 annual stipend to every student, in addition to the opportunity to become some of the nation's top military leaders.

The code is just a dozen words long: "A cadet will not lie, cheat, steal, or tolerate those who do."

Ophardt acknowledged the cadets — all but one of whom are first-years — fell short of living up to those words during this period of remote learning and other challenges brought on by the pandemic. Still, he maintains the "West Point honor code and character development program remains strong."

He added: "The Honors process is working as expected and there have been no exceptions to policy for any of these cases. Cadets are being held accountable for breaking the code."

Nearly all of those who admitted guilt have been allowed to remain at the academy on the condition that they complete a rehabilitation program that includes meeting with a mentor and after-hours classes about the honor system and the importance of being a better leader, Ophardt said. Students will also be on probation for the remainder of their time at the academy.

The opportunity for rehabilitation is relatively new at West Point; previously, cadets would be expelled after violating the rules. In 2015, Ophardt explained, the academy made changes to the honor code allowing for second chances.

But Tim Bakken, a 20-year professor of law at West Point, said the incident is not a run-of-the-mill offense that should be met with a slap on the wrist.

He called the incident a "national security issue," because senior officers must be truthful to civilian leaders when it comes to military decisions with life-or-death stakes.

"A cheating scandal at a military academy is critical because it indicates a culture that needs correcting," Bakken said.

While most of the cadets who owned up to their misconduct "are trying to do the right thing," in some cases, he said, others "might be in a situation where taking a shortcut is an acceptable way."

The biggest cheating scandal at the campus took place in 1976, when 153 cadets cheated on an electrical engineering exam.