Accessibility links
Hawaii Reboots Depression-Era Conservation Corps Using Pandemic Assistance Funds Hawaii is using some of its CARES Act money to create a version of the Civilian Conservation Corps. The state is now trying to spend the last of the funds before the deadline later this month. 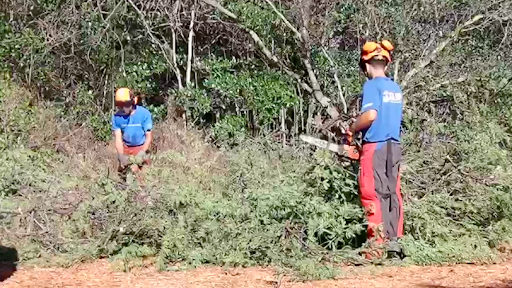 The whine of chainsaws and rumble of wood chippers are echoing around the shores of Pearl Harbor.

Work crews are clearing an invasive species of mangrove from the shoreline and coastal streams that empty into Hawaii's most famous body of water.

"Pearl Harbor is being choked out by red mangrove," says Amanda Millin, a field crew manager overseeing a team of five.

Millin notes that in most tropical ecosystems, mangroves provide a variety of environmental benefits, including sequestering carbon, controlling erosion control and fostering biodiversity.

"But here in Hawaii mangrove is invasive and it takes over," she says.

Millin and her crew are among the 350 people in Hawaii currently being paid to do this type of conservation work by a CARES Act-funded grant.

Across the country, states and cities are racing to spend billions of dollars in federal CARES Act money before the deadline at the end of this month.

In Hawaii, the state government has used some of the assistance funds to bring back an idea for creating jobs from the era of the Great Depression.

Invasive Species: We Asked, You Answered

In his 1933 inaugural address, President Franklin Delano Roosevelt highlighted the need to reduce unemployment, which peaked at almost 25% nationally. He described masses of unemployed citizens facing "the grim problem of existence and an equal great number [who] toil with little return."

As part of his New Deal, FDR created the Civilian Conservation Corps as an attempt to provide work for the unemployed. The program gave jobs building trails and planting trees to some 3 million Americans during the Great Depression.

Hawaii, which currently has one of the highest unemployment rate of any state, has created a modern-day version of the Civilian Conservation Corps called the Aina Corps. Aina is the word for land in the Hawaiian language.

The idea for the Aina Corps was created by Honolulu-based non-profit Kupu, which administers youth-focused environmental programs. 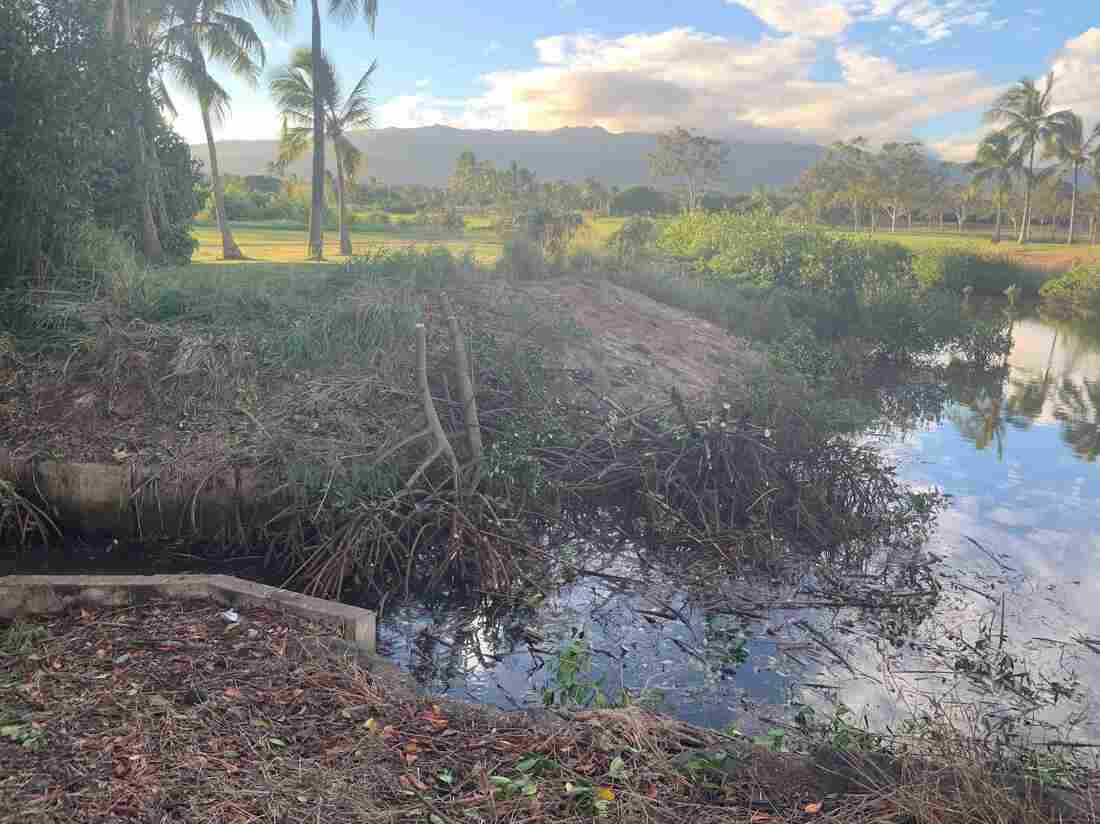 Mangroves are not native to Hawaii and are considered an invasive species. Unchecked growth around Pearl Harbor has clogged streams and choked out some native species. Courtesy Malama Pu'uloa hide caption 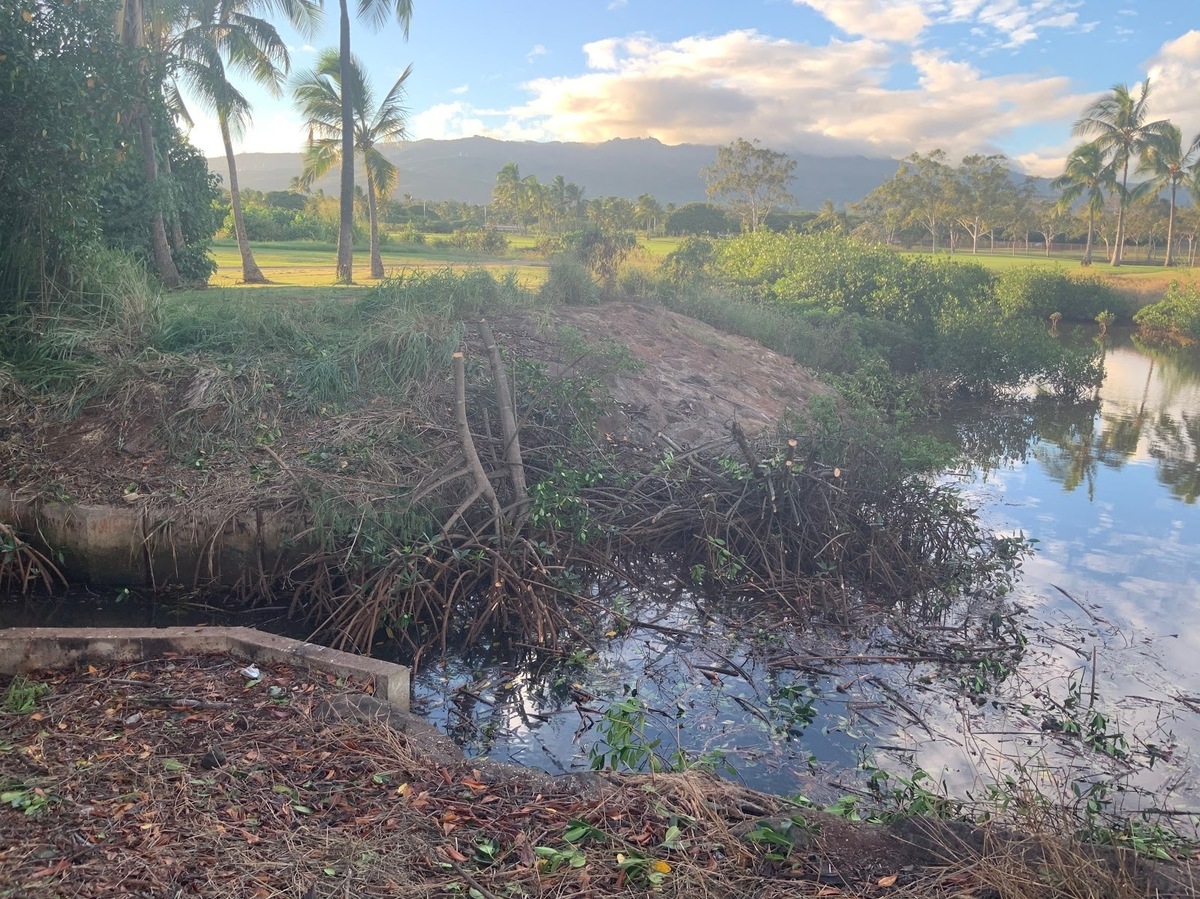 Mangroves are not native to Hawaii and are considered an invasive species. Unchecked growth around Pearl Harbor has clogged streams and choked out some native species.

"The goal is to find displaced workers and recent graduates who've been affected by the COVID downturn and then match them with green economy jobs and training for as long as the CARES funding allows," Riley explained.

Kupu Aina Corps employees are all paid at least $15 dollars an hour plus healthcare. Just like FDR's conservation corps, Riley says the program is providing both ecological and economic benefits to the community.

However, that appears poised to change. Congress mandated that all CARES funds must be spent by the end of the year, which means the several hundred Aina Corps workers will likely be out of a job soon.

"There's no money to pay people in January," said Sandy Ward, executive director of Malama Pu'uloa. The group, whose name means Care for Pearl Harbor in Hawaiian, is overseeing the mangrove removal effort.

Before the COVID-19 pandemic, all of Malama Pu'uloa's work was done by volunteers. With Hawaii residents reluctant or legally barred from gathering for most of 2020, those volunteers disappeared until the Aina Corps launched.

"We all needed people--people needed jobs. CARES money did that," said Ward.

Ward says that for some households an Aina Corps job means the difference between missing meals or not being able to pay rent.

New Book Argues Migration Isn't A Crisis — It's The Solution

"This particular crew is younger," she said of the team doing mangrove removal.

"Some of them are only a little over a year out of high school. Their job prospects completely dried up."

The various non-profits involved in the program are looking for alternate sources of money to preserve as many jobs as they can after CARES funding expires.

Crew leader Amanda Millin is optimistic about the possibility of finding more grant funding, but believes uncertainty over the future is taking its toll on everyone.

"It's definitely unsettling, and it's a huge risk," she said.

"I'm constantly reminding myself that I think it will pan out and it's worth the risk. I'm 35 years old and I have two degrees."

Without new funding, the 350 Aina Corps workers will be thrust into the worst job market in decades.