Accessibility links
Dozens Of Women Allege Unwanted Surgeries And Medical Abuse In ICE Custody More women are coming forward to say they were pressured to have reproductive surgeries they did not want or understand, offering a glimpse into alleged medical abuses at an ICE detention center. 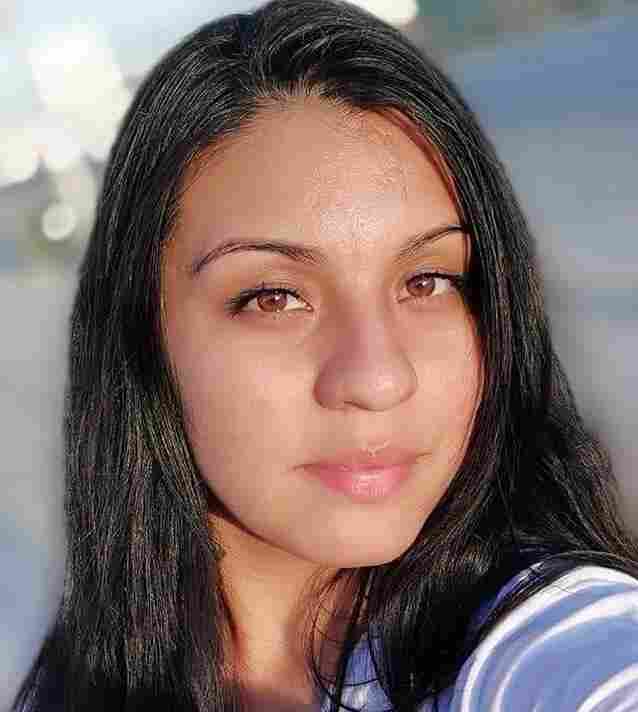 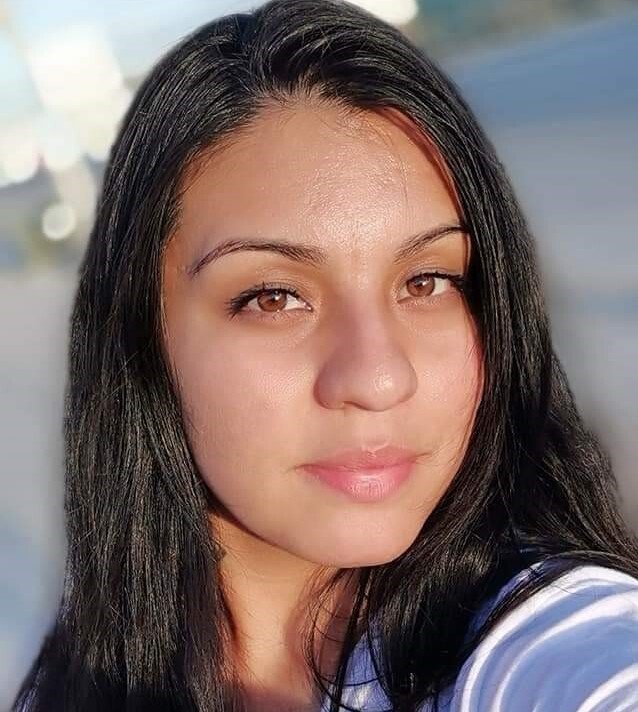 Jaromy Floriano Navarro says she was pressured to have unwanted reproductive surgery while in immigration detention and alleges that she was deported for speaking out about it.

One former detainee says she was already in a hospital gown this past July, waiting to be wheeled into surgery, when she began to suspect something was very wrong. Jaromy Floriano Navarro thought she was getting an operation to remove a cyst on her ovary — until the driver who brought her to the hospital said otherwise.

"She was just like, 'You know you're having a hysterectomy, right?' " Floriano tells NPR in an interview. "And I was in shock, because I knew what that meant."

Floriano is one of more than 30 undocumented immigrants who've come forward with allegations of medical abuse, according to court papers filed late Monday — all of them current or former detainees at the Irwin County Detention Center in Ocilla, Ga. Many of the women say that they were pressured to have unwanted or unnecessary gynecological procedures while in the custody of U.S. Immigration and Customs Enforcement or that they were retaliated against for speaking out.

In Floriano's case, she says the surgery didn't happen — because she tested positive for the coronavirus and was quickly sent back to the Irwin County Detention Center in rural Georgia.

But the confusion continued. Floriano says a nurse at the detention center told her she wasn't going to have her uterus removed but was having another procedure known as a dilation and curettage, or D&C. Floriano says she had never discussed or approved that with the doctor, either.

"I felt like I had no control of my immigration case, of my body, of my health, of my life, for that matter. And that's why I spoke up," she says, "because they were trying to mess with my body."

Lawyers are seeking class action status for those women. They allege that immigration authorities knew about complaints against a local gynecologist, Mahendra Amin.

"ICE knew about the abuses as far back as 2018, and they continued to ignore the complaints," says Azadeh Shahshahani, a lawyer with Project South, a nonprofit in Atlanta, who serves as co-counsel on the litigation. 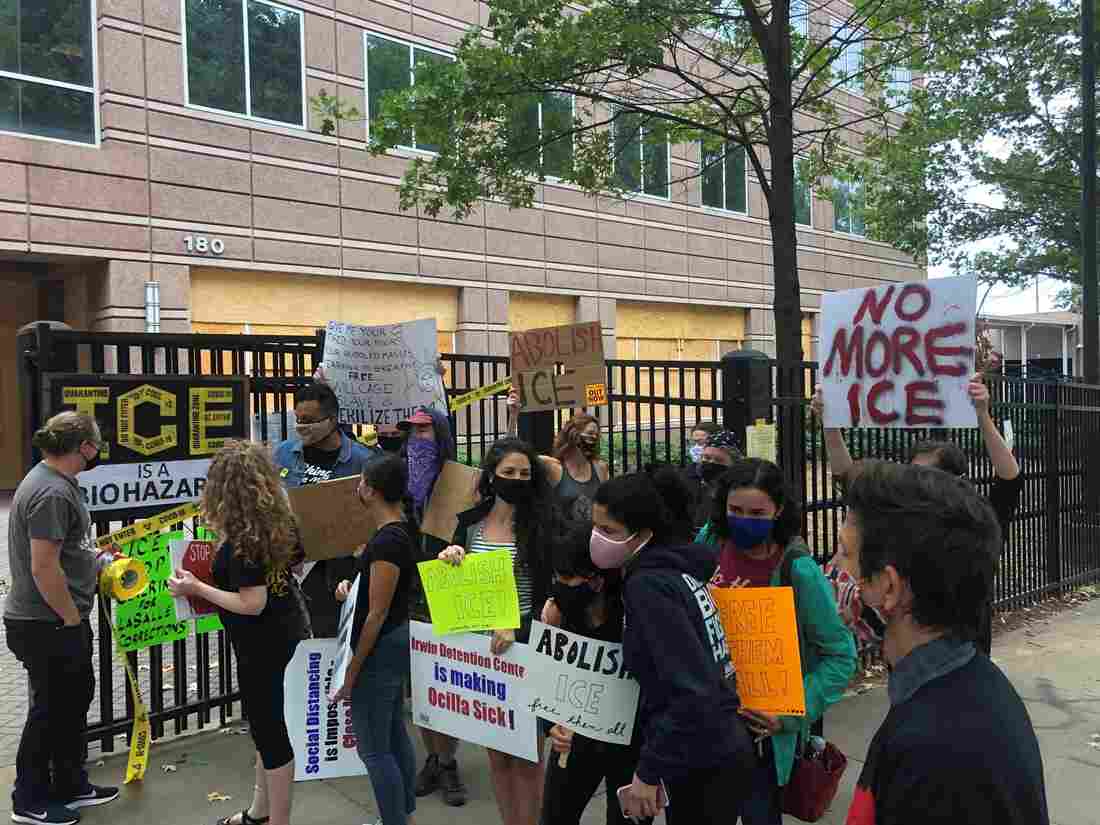 Protesters attend a news conference outside Immigration and Customs Enforcement's Atlanta field office in September after the release of a whistleblower report about conditions at Irwin County Detention Center in Ocilla, Ga. Jeff Amy/AP hide caption 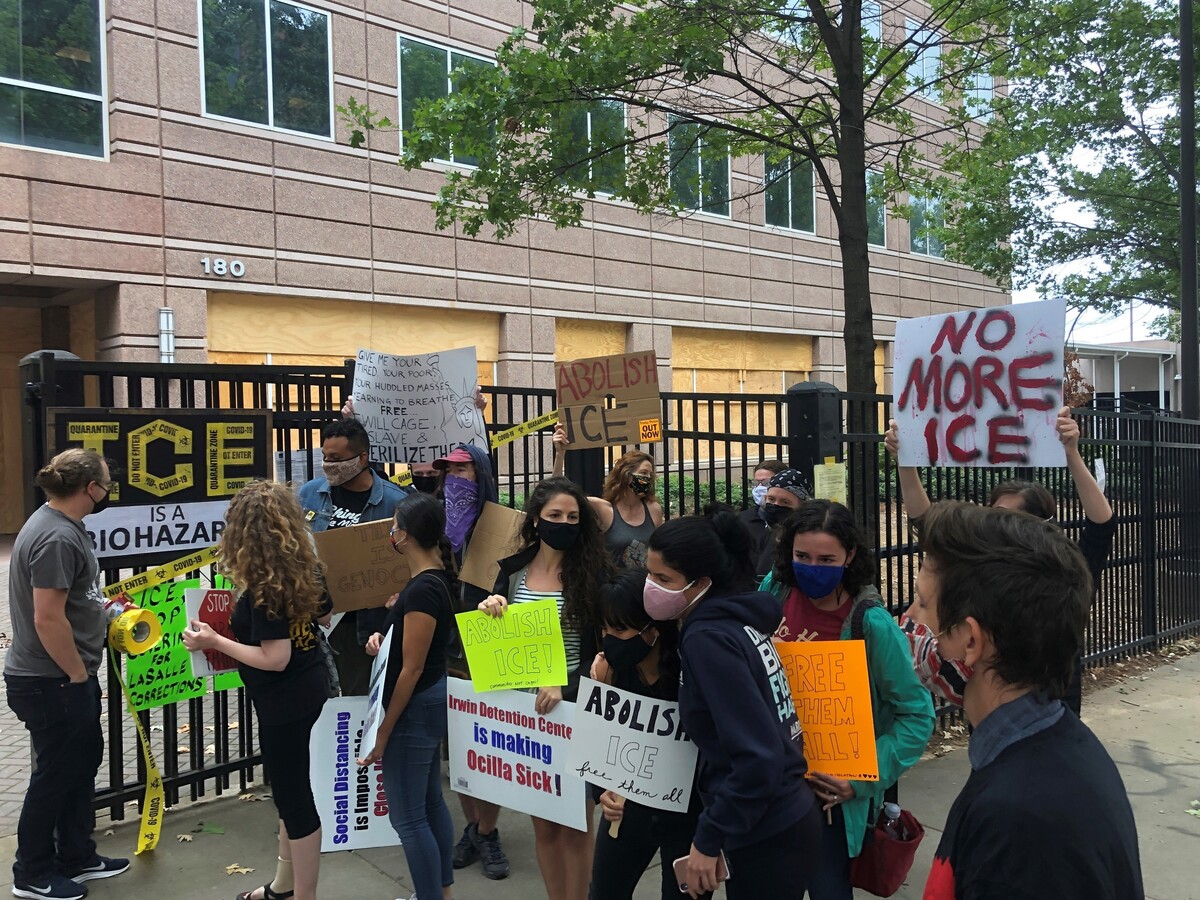 Protesters attend a news conference outside Immigration and Customs Enforcement's Atlanta field office in September after the release of a whistleblower report about conditions at Irwin County Detention Center in Ocilla, Ga.

A spokesman for ICE says that the agency cannot comment on pending litigation and that ICE is cooperating with an investigation by the Department of Homeland Security.

A lawyer for Amin has said that he denied earlier allegations.

The Irwin County Detention Center is run by a private contractor, LaSalle Corrections, which also denies any wrongdoing.

This case is unusual because complaints about the medical care in ICE facilities usually focus on a lack of treatment. There is a special branch of ICE, known as the Health Services Corps, that oversees medical care at private facilities like this one.

"Every single procedure has to be approved by our medical teams," says Ken Cuccinelli, a top immigration official at DHS. He talked about the allegations in a recent interview with WDUN, a talk radio station in Georgia.

"We review each one of these, which is why the allegation was so unusual, because it would be essentially impossible first for something like what was alleged to go on without ICE knowing about it," Cuccinelli says.

Lawyers for the women allege that ICE did know — but that instead of taking action against the doctor or the detention facility, they say, ICE retaliated against the women who complained.

"It raises real concerns about the lengths to which the federal government and the contractors at this facility will go to silence the women who want to speak the truth," says Elora Mukherjee, a clinical professor at Columbia Law School who is part of the case.

Mukherjee says ICE has tried to deport at least eight women who have come forward so far. Lawyers have been able to stop some of these deportations — but not all of them.

Floriano was deported in September — two days after the publication of a whistleblower report that brought national attention to the story.

Floriano, 28, is now in Mexico, a country she left when she was 8 years old, and is working at a call center in Aguascalientes. She has two children, ages 8 and 2, who are living with her mother in South Carolina.

"I talk to my baby — she sends me videos telling me she loves me. Yeah, I talked to my 8-year-old. I help her with her homework. We talk all day," Floriano says.

Floriano hopes this lawsuit will help her see them again.

"I would like justice," Floriano says. "I hope that they bring us back to the United States and that they protect us, that they give us a checkup at the doctor, because we have been abused."

ICE denies retaliating against anyone.

Last month, a government lawyer agreed that the agency would not deport anyone else involved in the case until a hearing in January.

But this month, the government asked to withdraw from that agreement. ICE now says it won't deport any of the original plaintiffs in the case. It won't make any promises about anyone else.