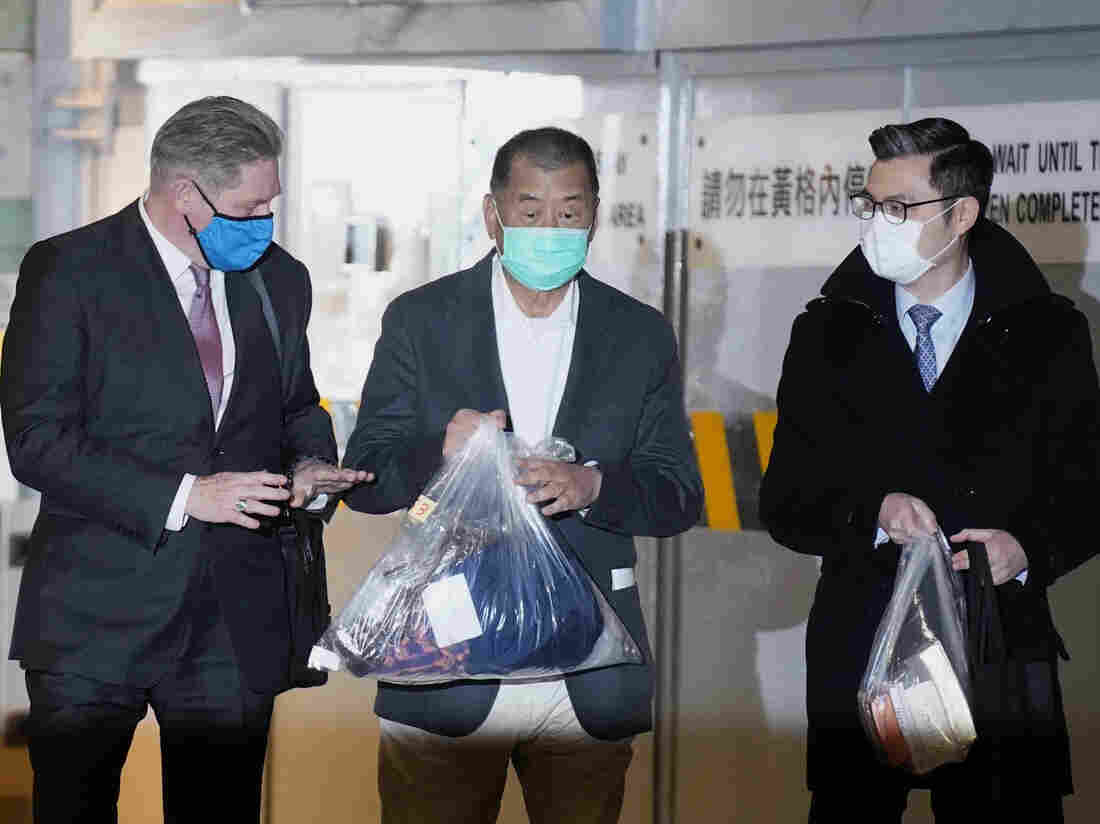 Hong Kong pro-democracy activist and media tycoon Jimmy Lai, center, walks out of court with his lawyers after being granted bail Wednesday, nearly three weeks after he was arrested over fraud and national security-related charges. Kin Cheung/AP hide caption 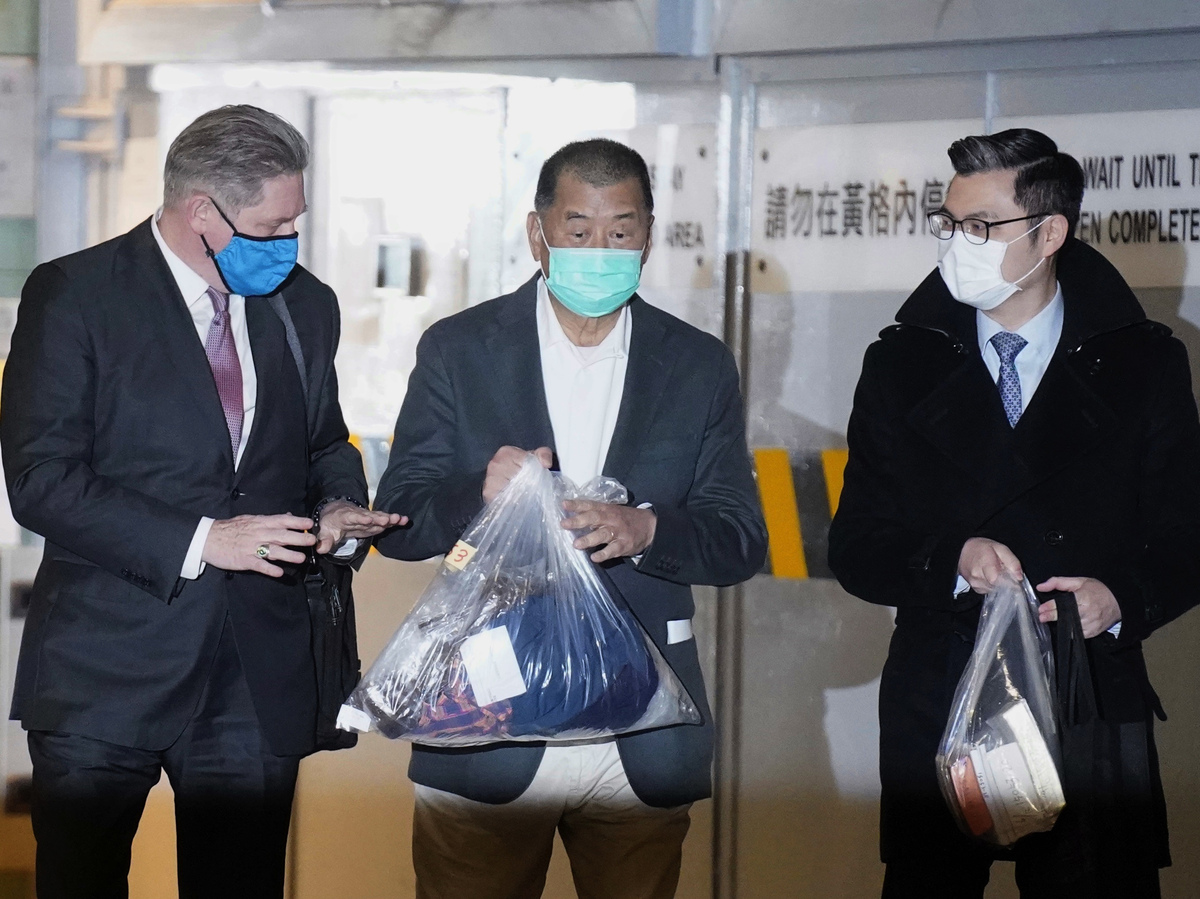 Hong Kong pro-democracy activist and media tycoon Jimmy Lai, center, walks out of court with his lawyers after being granted bail Wednesday, nearly three weeks after he was arrested over fraud and national security-related charges.

Media tycoon and democracy advocate Jimmy Lai was released on bail Wednesday in Hong Kong, nearly three weeks after his controversial arrest for allegedly violating the terms of his office lease. He was subsequently charged under China's new Hong Kong national security law for colluding with a foreign country, which can bring life in prison.

Lai, 73, is a prominent democracy activist in Hong Kong. His popular newspaper, Apple Daily, is frequently critical of China's heavy-handed policies toward the nominally semi-autonomous city. Lai himself is robust in his criticism of the Chinese Communist Party.

Justice Lee Wan-tang of the High Court in Hong Kong, who is designated to hear cases under the national security law, rejected prosecutors' demands that Lai be denied bail but imposed severe restrictions on his release, according to Apple Daily.

The national security law was passed by the elite Standing Committee of the National People's Congress in June and imposed on Hong Kong, which democracy advocates say is a violation of the treaty between China and Great Britain guaranteeing the former colony a degree of autonomy for 50 years.

The law criminalizes, in the language of the measure, advocating for Hong Kong secession, subversion against the Chinese government, terrorism and colluding with foreign forces.

Lai is scheduled to next appear in court on April 16, Apple Daily reported. It's not clear whether a trial would take place in Hong Kong or the mainland.

In an interview in 2019 with NPR's Morning Edition, co-host Steve Inskeep asked Lai whether his fight for Hong Kong democracy is winnable.

Hong Kong Billionaire On Why He Supports The Protests