Accessibility links
Ohio Officer's Bodycam Shows He Shot Unarmed Black Man Within 10 Seconds Of Encounter The Columbus Division of Police released silent video of the fatal shooting Wednesday. The officer who fired the shots has been placed on paid administrative leave. 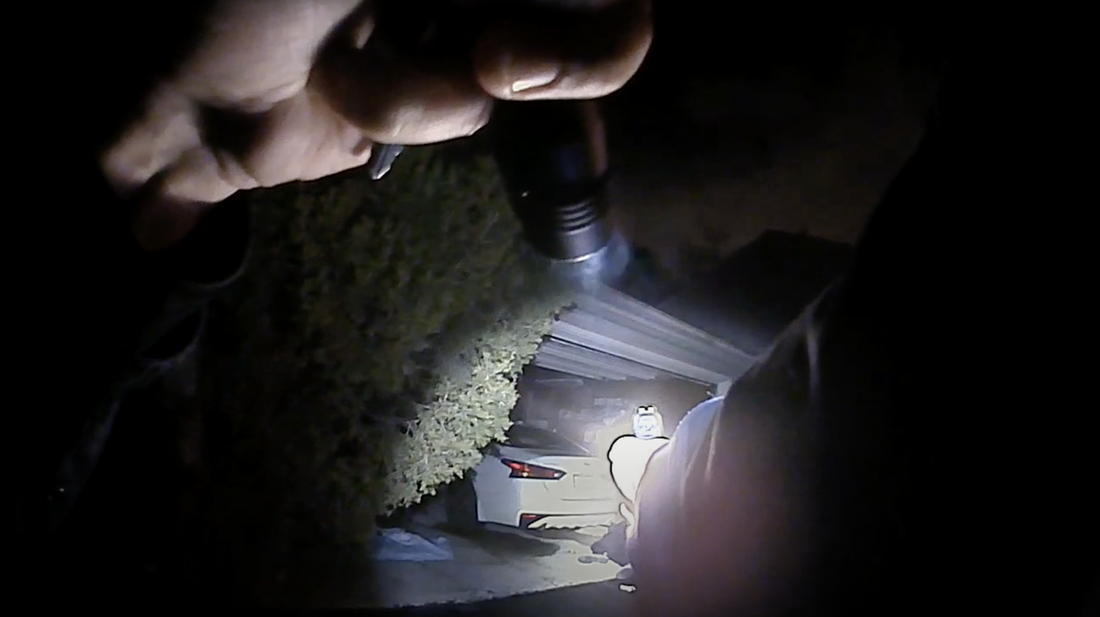 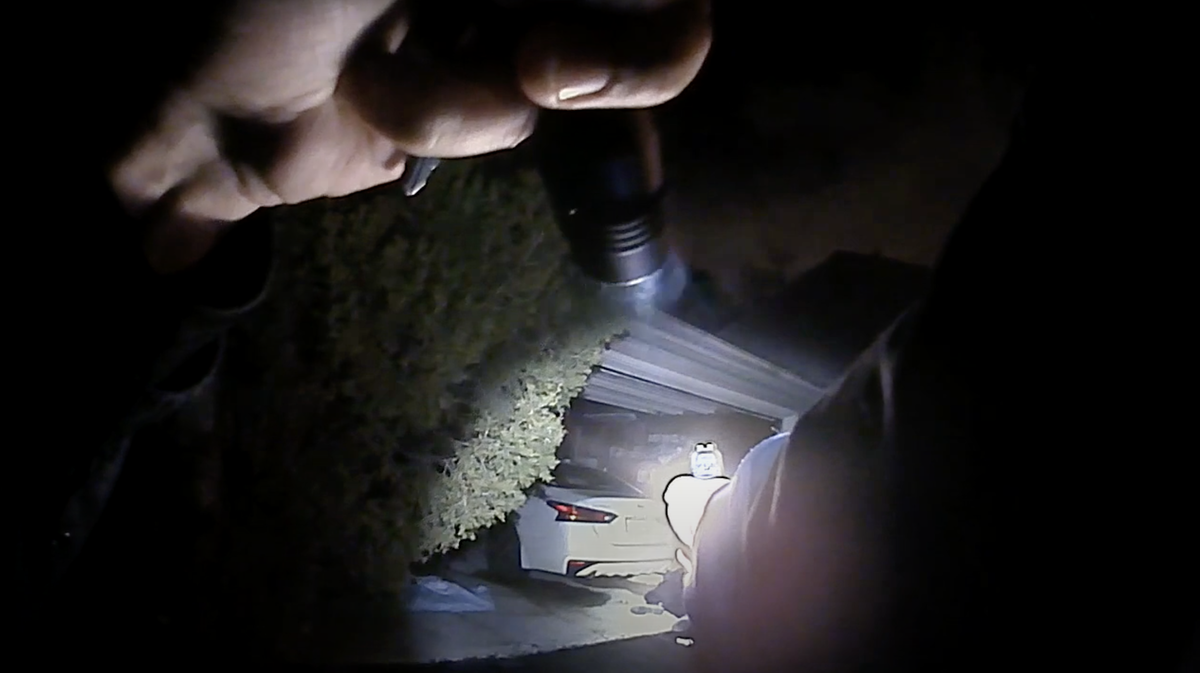 Body camera footage shows a Columbus police officer fatally shooting 47-year-old Andre Maurice Hill less than 10 seconds after finding him in a garage early Tuesday. The officer who shot him is Adam Coy, a 19-year veteran of the department who has since been placed on paid administrative leave.

Coy is white; Hill was Black. Police say no weapon was found at the scene.

Police officials say officers were dispatched to the city's Cranbrook neighborhood around 1:30 a.m. Tuesday, responding to a nonemergency call about a man sitting inside a car repeatedly turning it on and off.

Footage from Coy's body camera shows officers walking up to an open garage and shining their flashlights on Hill, who turned around and held up his cellphone. Hill took several steps toward Coy, who raised his gun and shot him.

Because Coy did not activate his camera until after the shooting, there is no audio for the first minute of the footage – Columbus police body cameras feature a "look back" function that records video but no audio of the 60 seconds before activation.

Coy asks another officer if medics are coming, walks up to Hill and rolls him over onto his back.

The official Columbus police report of the shooting, also released Wednesday, is brief and absent of most details: "Officer discharged his firearm upon confronting Mr. Hill. Mr. Hill did not survive his injuries."

Police say there is no dashcam footage because officers were responding to a nonemergency call.

At a press conference Wednesday, Columbus Mayor Andrew Ginther called for the immediate termination of Coy, saying he was "outraged" by the shooting.

"I am also very disturbed about what I don't see next in the body-worn camera footage," Ginther said. "From what we can see, none of the officers initially at the scene provide medical assistance to Mr. Hill. No compression on the wounds to stop the bleeding. No attempts at CPR. Not even a hand on the shoulder and an encouraging word that medics were en route."

Ginther said that Hill was known to the residents of the house where he was shot and an "expected guest."

The Ohio Bureau of Criminal Investigation is leading the inquiry. U.S. Attorney David DeVillers said his office also will review if any federal civil rights laws were violated.

"The mayor requested that the U.S. Attorney's Office review the investigation for possible federal civil rights violations, and after consulting with Ohio Attorney General [Dave] Yost, I agreed that my office will review the case as requested once BCI's investigation is complete," DeVillers said in a statement Wednesday. "This office will then consult with the Franklin County Prosecutor's Office on how to proceed at the conclusion of our review."

A month of shootings

Hill's death came just three weeks after a separate law enforcement shooting of a Black man in Columbus, which sparked a federal civil rights investigation of its own.

Authorities say Meade encountered Goodson while conducting a search for an unrelated suspect in the Northland neighborhood, and went to confront Goodson – who was neither the person officers were looking for nor the subject of any investigation. Meade then fatally shot Goodson at his home, with a preliminary report from the county coroner finding that the man likely died from multiple gunshot wounds to the torso.

Still, there are many uncertainties surrounding Goodson's shooting, which prompted days of protests in downtown Columbus. Similar to Tuesday's shooting, a lack of recorded evidence presents a challenge to investigators. Unlike Columbus police officers, Franklin County sheriff's deputies don't wear body cameras, so there is no audio or video of the encounter between Meade and Goodson. Authorities have not located any witnesses to the shooting.

An attorney for Meade said that Goodson pointed a gun at the deputy and refused commands to stand down, but that claim cannot be verified due to the absence of recordings or witnesses. Goodson's family disputes the account given by authorities, including whether Goodson had a gun on him at all, and called for Meade to be fired and charged with murder.

The two shootings occurred during a critical juncture for police reforms in Columbus.

"You know, every time we think we have an open window where we can begin to have healing and change in the community and begin to build trust, and now we're back to ground zero again because of two back-to-back shootings of Black men," Stephanie Hightower, president of the Columbus Urban League, told NPR member station WOSU on Wednesday.

"All of the actions that you have seen this year basically illuminates what Black folks have always been dealing with, and what we have always thought, is that law enforcement, they're not here to protect and serve our community, they're here to police us, and we've got to change that narrative," Hightower said.

Starting next month, prosecutions of police misconduct in Columbus will fall to a new person: incoming Franklin County Prosecutor Gary Tyack, a Democrat who ousted longtime Republican Ron O'Brien in November. For decades, O'Brien was a target of criticism from racial justice advocates in Columbus.

Over the summer, following weeks of racial justice protests, the mayor issued an executive order requiring all cases of fatal-use-of-force by police to be referred to the Ohio Bureau of Criminal Investigation. That agency declined to take up the Goodson shooting, however, because city officials waited three days after the shooting to request its involvement.

Columbus voters in November also approved a city charter amendment to create a Civilian Review Board and inspector general, which will conduct independent investigations into police misconduct and policies. The city is currently accepting applications for the review board, which it hopes to seat early next year.

Even then, however, the board will be limited in its scope: Neither it nor the inspector general will have jurisdiction over the Franklin County Sheriff's Office, and significant details about its powers still must be decided with the local police union, whose contract expired this year.