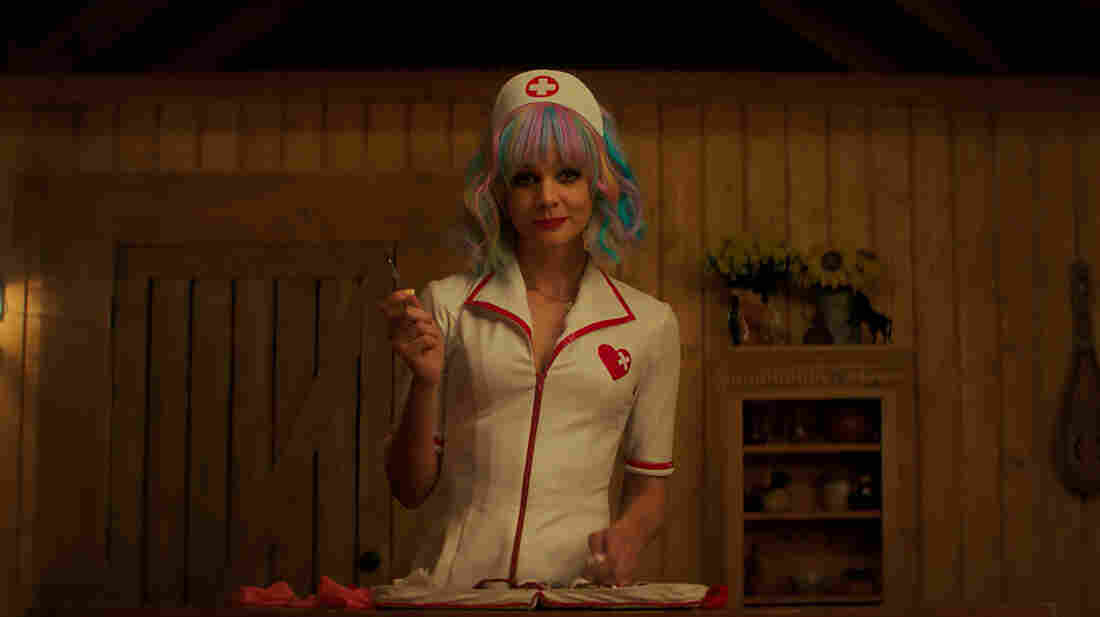 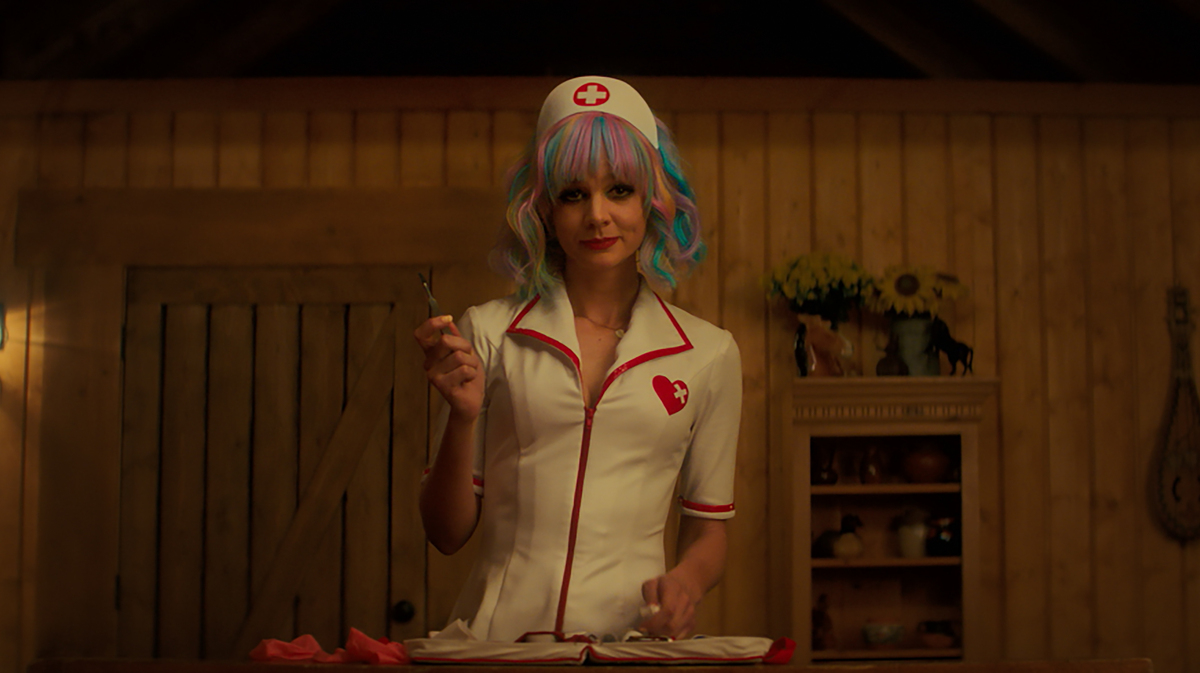 Something has happened to Cassie.

Cassie (Carey Mulligan) was a star student in medical school, but she isn't anymore. She lives with her parents. She works at a coffee shop. We first find her practically passed out at a bar alone, an easy mark for a guy who scoops her up and takes her home with him. But she is not as she seems; this does not turn out the way he hopes it will. He doesn't know who she is. And he's not really ready.

That guy is played by Adam Brody, who first became a star as nice guy Seth Cohen on the classic teen soap The O.C. Other men Cassie encounters along the way are played by Christopher Mintz-Plasse, who played McLovin, one of the horny but harmless dopes of Superbad; Chris Lowell, who played Piz, the good-guy alternative to bad-guy Logan on Veronica Mars; and Max Greenfield, who played eventually redeemed jerk Schmidt on New Girl. This cannot be a coincidence. These are actors who have played not merely nice guys, but specific, archetypal nice guys. It's casting shorthand, reminiscent of Meet The Parents: "What if you went to meet your girlfriend's dad and he was Robert De Niro?"

So why are all these guys here? Cassie is so thoroughly the focus of the film that any wandering away from her is jarring and disorienting. But writer and director Emerald Fennell is saying something here, too, about men. About nice men and about men who think they're nice men, or nice enough men. Exactly what story she's telling about this woman and these men goes in and out of focus quite intentionally, only snapping into clarity at the very end. Promising Young Woman is a slippery, vexing piece that looks like one kind of movie, then another kind of movie, then another still. In the end, it's an incisive, stylish ... romcom-thriller? Dark comedy? Meditation on revenge? It certainly is one of the few genuinely surprising films I've seen in 2020, with the gifted comic-actor-director-writer Bo Burnham showing up to play Ryan, whose appearance opens the question of what happens when Cassie meets a guy who might actually be nice, after all.

Fennell has drenched the movie in sparkles both figurative and literal. It has a Candyland aesthetic and dares to dance to an actual Paris Hilton song. The story is dressed in a combination of sweet and stark photography, pop art and pictures of dingy places where it isn't fun to be. Cassie belongs in this complicated setting; she's darkly and unsettlingly funny in exchanges with a medical school dean played by Connie Britton and an old classmate played by Alison Brie. How much she's in control of her situation is fluid, she can be thinking way ahead, or she can be way behind, or she can be both.

Sometimes, Mulligan is in a romantic comedy with Burnham, which is very nicely executed and well-written, as pleasingly relaxed as other parts of the film are tense and upsetting. Sometimes, she's in something almost like a coming-of-age story, guided by her well-meaning but somewhat baffled parents (Clancy Brown and Jennifer Coolidge, both playing a bit against type) and her loving coffee shop boss, played by Laverne Cox. Sometimes, yes, she is in the revenge thriller that the trailer and the marketing have suggested. But not all the time.

Promising Young Woman is hard to talk about. It's hard to pin down. It shouldn't be spoiled, and it shouldn't even be too specifically characterized, given that it shape-shifts so elegantly. Its surprises go beyond plot, especially to music choices that are deliciously clever and unexpected — and not in the now-flavorless "Toni Basil's 'Mickey,' but it's a dirge!" kind of way. (I could give you five years to guess the penultimate needle-drop in the body of this movie, and I doubt you'd even get close.)

Deservedly, this Carey Mulligan performance will get a lot of talking-up as this year's awards season begins to awaken and take whatever shape it will take. She is expertly inscrutable when Cassie is at her most opaque, and she is transparently present when Cassie periodically shows the cracks in her resolve or the smudges in her mask of makeup. Her voice can drop from a pleasant, white-wine melody to the whiskey alto of a broad — the kind who should not be crossed. Much-seen early work in An Education and The Great Gatsby capitalized on Mulligan's skill with variants of fragility and exaggerated representations of femininity. Here, she uses both those qualities and more of the anger she's shown in films like Wildlife, where she played a perpetually seething mother and wife.

It's about all I can say; more would not be fair. More would rob you of the gut-punch this film delivers as it moves from mood to mood, unsteadily, teasing the question: Do you understand who she is? Are you really ready?

Promising Young Woman opened in theaters on December 25. At this writing, no VOD date has been announced.

The original version of this review misidentified the actress playing Cassie's mother as Jennifer Connolly. The character is played by Jennifer Coolidge.