Accessibility links
A Gay Veteran Remembers Serving In Silence It's been 10 years since President Obama moved to repeal "Don't Ask, Don't Tell." Joseph Patton was discharged from the the Navy for befriending gay men, before openly gay Americans could serve. 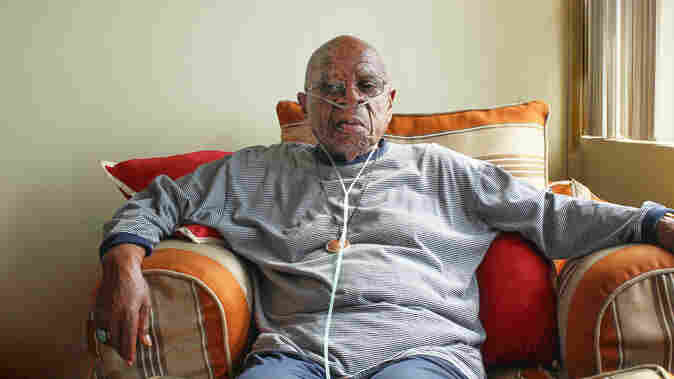 Joseph Patton, at home in Santa Monica, Calif., told StoryCorps last year that he was given an undesirable discharge for being friends with openly gay men in the military. Jud Esty-Kendall/StoryCorps hide caption 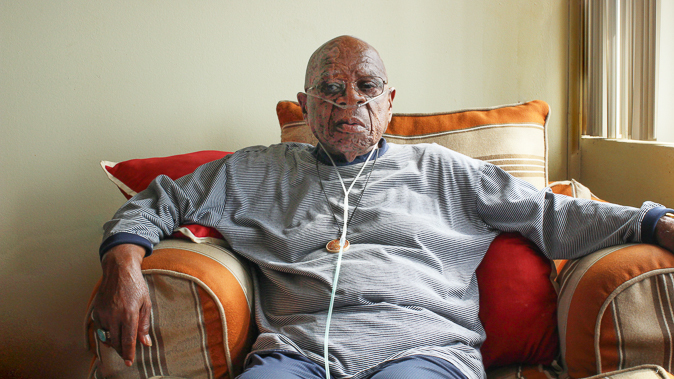 Joseph Patton, at home in Santa Monica, Calif., told StoryCorps last year that he was given an undesirable discharge for being friends with openly gay men in the military.

Decades before openly gay Americans were legally allowed to serve in the military, Joseph Patton, a gay man, served in silence.

Patton, who died earlier this year at 83 years old, sat down for a StoryCorps interview in 2019 to talk about a time in his life that brought him both pride and pain.

He enlisted in the Navy in 1955 at age 17, keeping his sexuality a secret for the entirety of his service.

"My dad told me going in the service would help me be a man," Patton said.

But his reasons for joining the Navy were a bit more lighthearted than that.

"I like the uniforms," he said. "They were tight and cute with bell bottoms. Lord have mercy."

The 1993 Clinton-era policy known as "Don't Ask, Don't Tell" took an outright ban on gay service members and replaced it with a policy that allowed homosexual and bisexual people to serve in the military as long as they didn't reveal their sexual orientation. In 2010, President Obama signed legislation to repeal the policy.

When he served, Patton recalled top military brass actively enforcing the ban when he went to a gay bar in San Diego with other service members.

"They had military police walking around to check and see if there were any service men in any of these gay bars," he said. 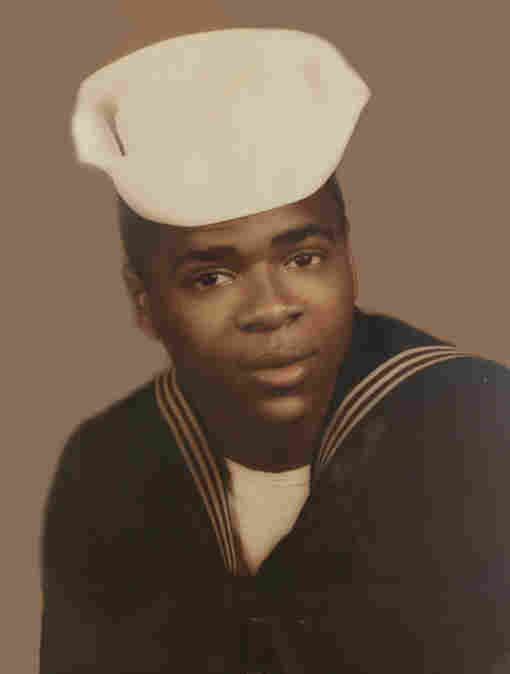 Joseph Patton, pictured in 1955, while he was serving as a member of the U.S. Navy. Courtesy of Joseph Patton hide caption

Although Patton kept his sexual orientation private, he was ultimately penalized because he was part of a social circle that included gay men who opened up to leadership about their sexuality.

"When these two guys told the commanders they were lovers, everybody that were close friends with those guys was arrested. And I was kicked out of the service for being friends with a homosexual," he recalled.

Patton was given an undesirable discharge. Eventually, he was able to get his dismissal classification changed to honorable discharge in 1977.

"That was the worst time in my life," he said. "To be in the service for my country is the greatest thing I thought I did. I was a perfect sailor. I did my job very well. So that whole period is almost like a dream. A lot of it I didn't want to think about because it hurt so much. And I was so ashamed."

'That Day Wasn't About Us': One Of The 1st Same-Sex Married Couples Looks Back

But Patton said he was focusing on the present.

"I gotta be right here right now. Minute-to-minute, sometimes, hour-to-hour, I have to remind myself that I'm loved by me and others and by God," he said.

"Love has no limits in my life and love surprises me all the time ... I'm 81 years old but sometimes I get up and dance. I shake my ass with life. Yes! And I'm blessed that I can feel like that."

Audio produced for Morning Edition by Jud Esty-Kendall. Emma Bowman adapted it for the Web.