Accessibility links
The Women 'Fighting For Freedom' In Belarus "We will continue to fight and speak and raise our voices," says Belarusian athlete Yelena Leuchanka. "The face of what is happening in Belarus is largely the face of women," says an ex-U.S. diplomat.

The Women 'Fighting For Freedom' In Belarus

The Women 'Fighting For Freedom' In Belarus 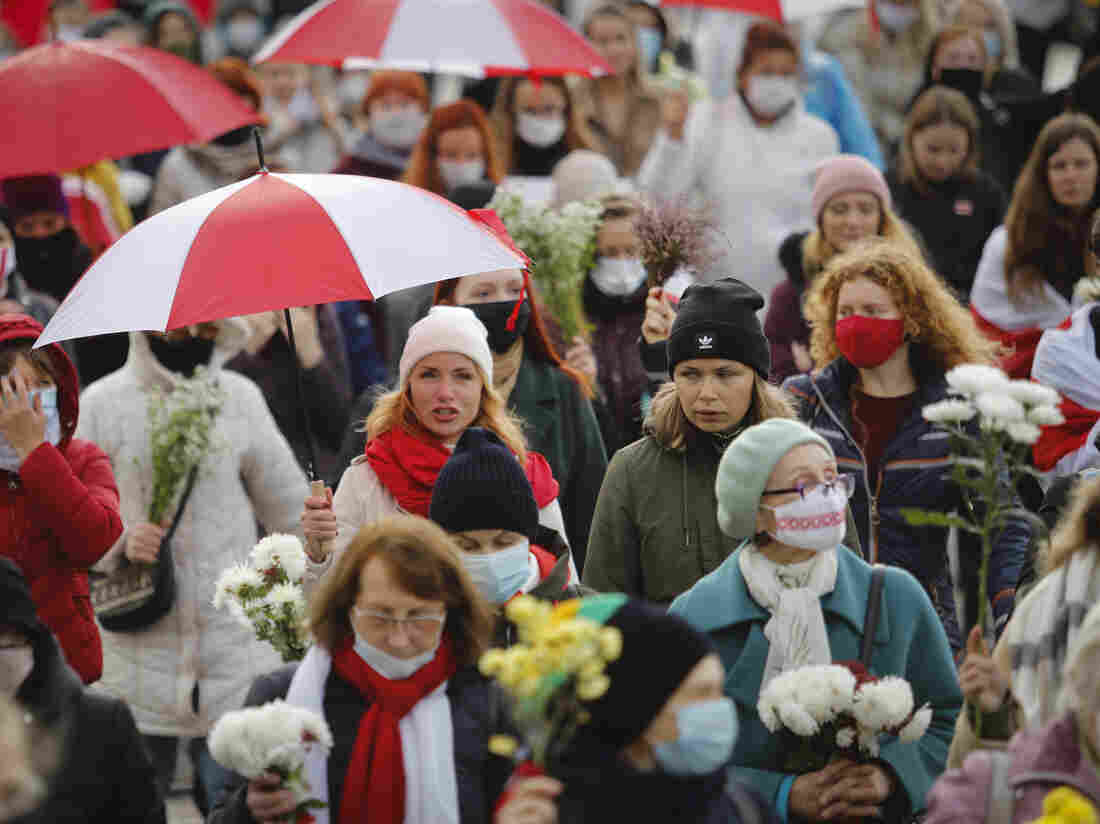 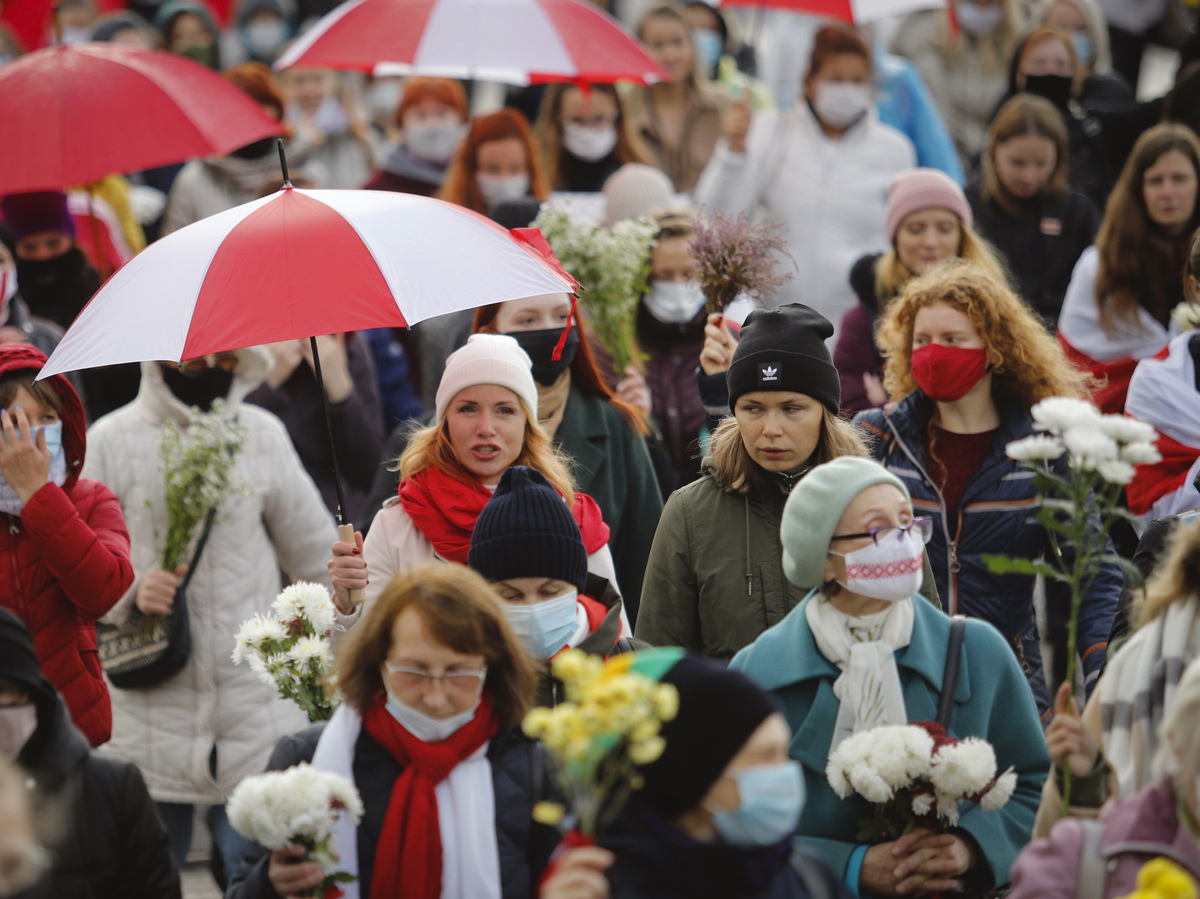 Yelena Leuchanka was lying on a cold, hard bed in a detention center in Minsk in late September when she heard other detainees singing.

"I just laid there because I was still in shock," she recalled. "And the next thing I hear are women singing Kupalinka. It's a Belarus song that women, when they go on their marches, they sing this song."

She joined in. "I have never experienced that type of energy or anything like that," she said, "this greatness, this unity."

Leuchanka, a former WNBA basketball center from Belarus who played on her country's Olympics team, spoke about the 15 harrowing days she spent in a flea-ridden cell during an event held online earlier this month, hosted by the Georgetown Institute for Women, Peace and Security.

Women have been at the forefront of protests against the regime of President Alexander Lukashenko, whose claim of victory in an August election is widely disputed. Holding flowers and flags, they gather weekly, risking arrest, harassment and beating by security forces.

"The face of what is happening in Belarus is largely the face of women," says Melanne Verveer, the Georgetown institute's executive director and a former U.S. ambassador at large for women's issues. This, she says, is something "unexpected in a region largely male-dominated, certainly in politics."

The protests began after Belarus' disputed Aug. 9 reelection. Lukhashenko, who has been in power since 1994, claimed victory over Svetlana Tikhanovskaya, the wife of a jailed opposition figure. Since then, Lukashenko has led a brutal crackdown, jailing key opposition leaders or forcing them into exile. Tikhanovskaya fled to Lithuania.

After her release, Leuchanka managed to leave Belarus for Greece — but one of her cellmates was sentenced to 2 1/2 years in prison for trying to tear off a policeman's balaklava at a protest. 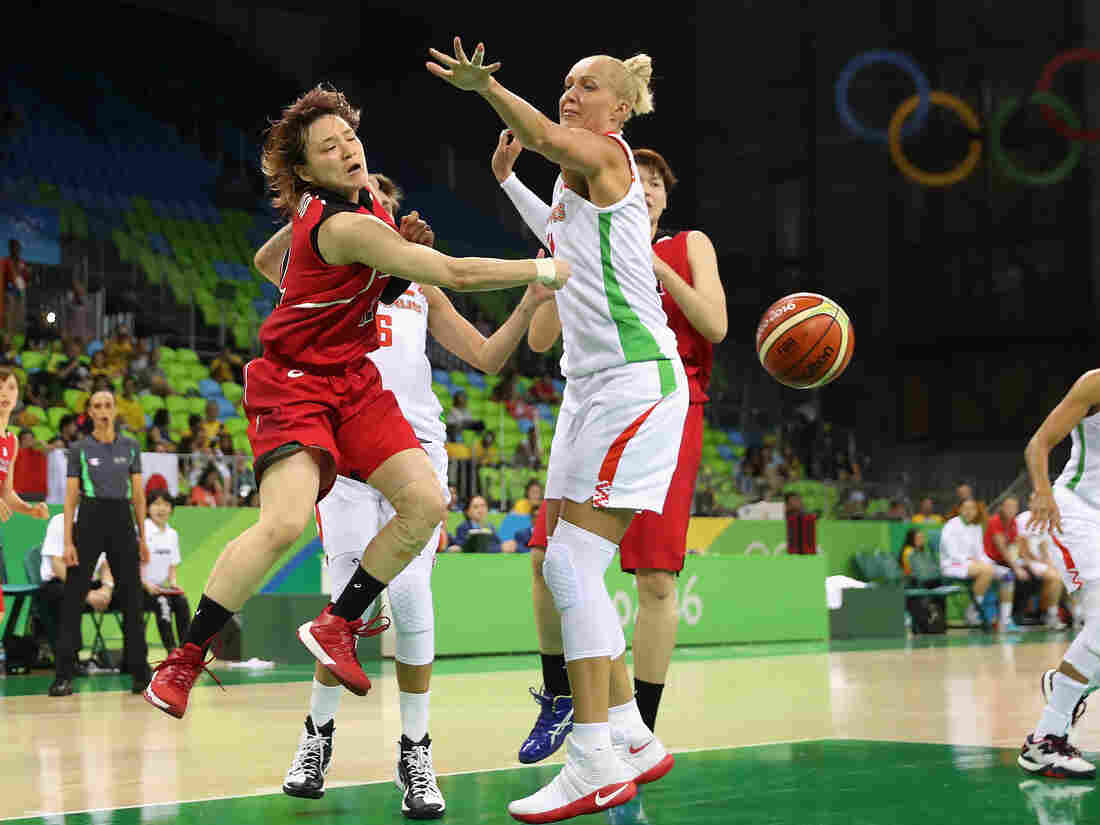 Yelena Leuchanka (right) plays during a Women's Basketball Preliminary Round game on Day 1 of the Rio 2016 Olympic Games in 2016. She was detained for 15 days this year after protesting against the regime of Belarus President Alexander Lukashenko. Christian Petersen/Getty Images hide caption 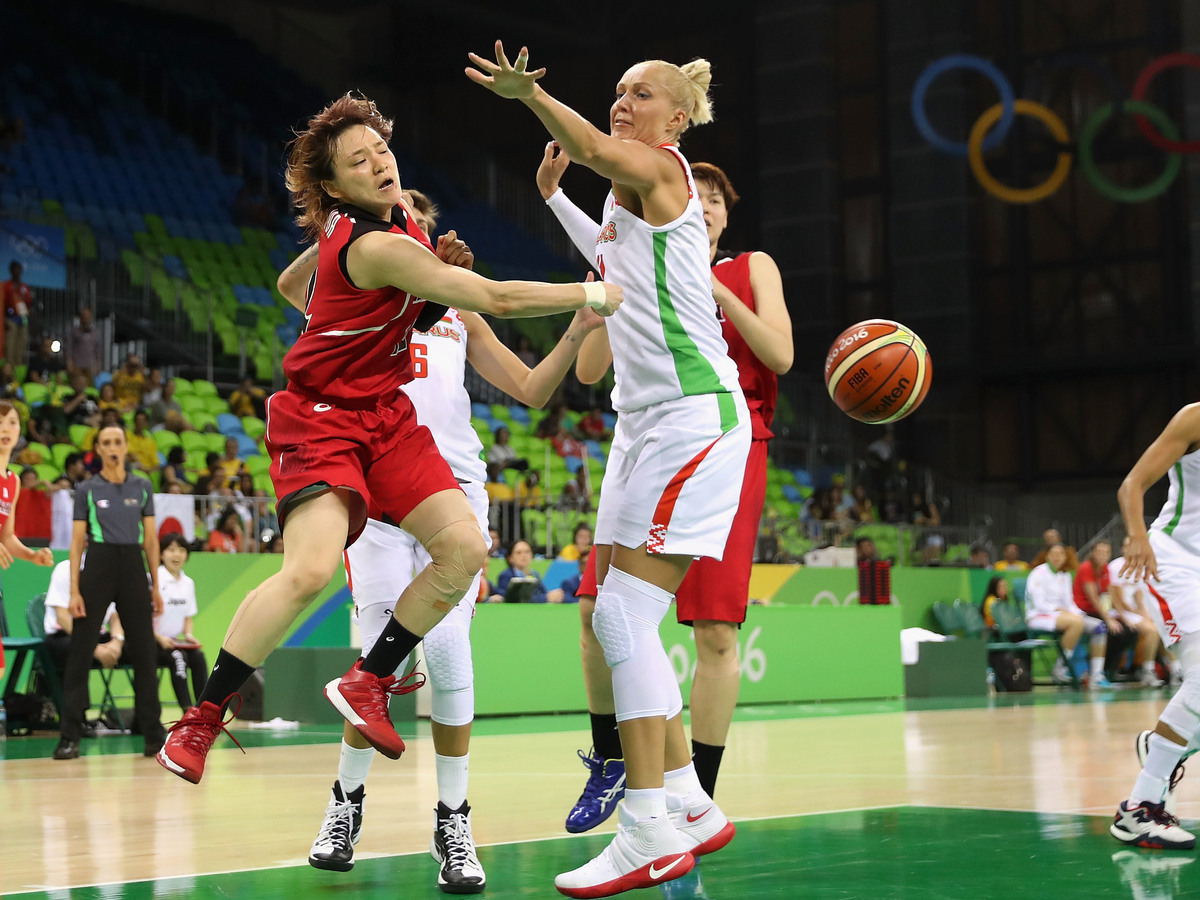 Yelena Leuchanka (right) plays during a Women's Basketball Preliminary Round game on Day 1 of the Rio 2016 Olympic Games in 2016. She was detained for 15 days this year after protesting against the regime of Belarus President Alexander Lukashenko.

None of the Belarusian officers accused of torturing and raping women in prison have been held to account, she said. But, she said, "Not one woman that I have been in a cell with said, 'I am regretting that I did this, I regret that I'm here.' We will continue to fight and speak and raise our voices... Do you understand the strength I am talking about?"

Deputy Secretary of State Stephen Biegun met with Tikhonovskaya in August, and Congress recently weighed in with legislation to support the protesters. But President Trump has been silent about Belarus. Verveer says Trump's effort to overturn his own election loss has tarnished America's image abroad.

"I think it does not just undermine our credibility, but our ability to promote democratic values, to promote democracy, to be what we have always claimed to be and more often than not acted on," she tells NPR.

Still, the women of Belarus are looking to the U.S. for support and have high hopes for President-elect Joe Biden.

"We definitely do think that Biden administration will be absolutely different from the Trump administration," Natalia Kaliada said at the Georgetown event. Kaliada cofounded the Belarus Free Theatre, a group that has performed in secret for more than a decade. Kaliada now lives in exile in the U.K.

Kaliada said Biden will have an early chance to offer his support: Tikhanovskaya is planning a trip to Washington, D.C., in January, around the time of Biden's inauguration.

She said the people of Belarus are ready to sacrifice and are sending "a May Day message to the world now."