Accessibility links
5 Lessons Democrats Can Learn From The 2020 Elections Democrats were elated to defeat President Trump this year, but overall voters sent their party some mixed signals. Now, the party is trying to figure out what they mean for the future. 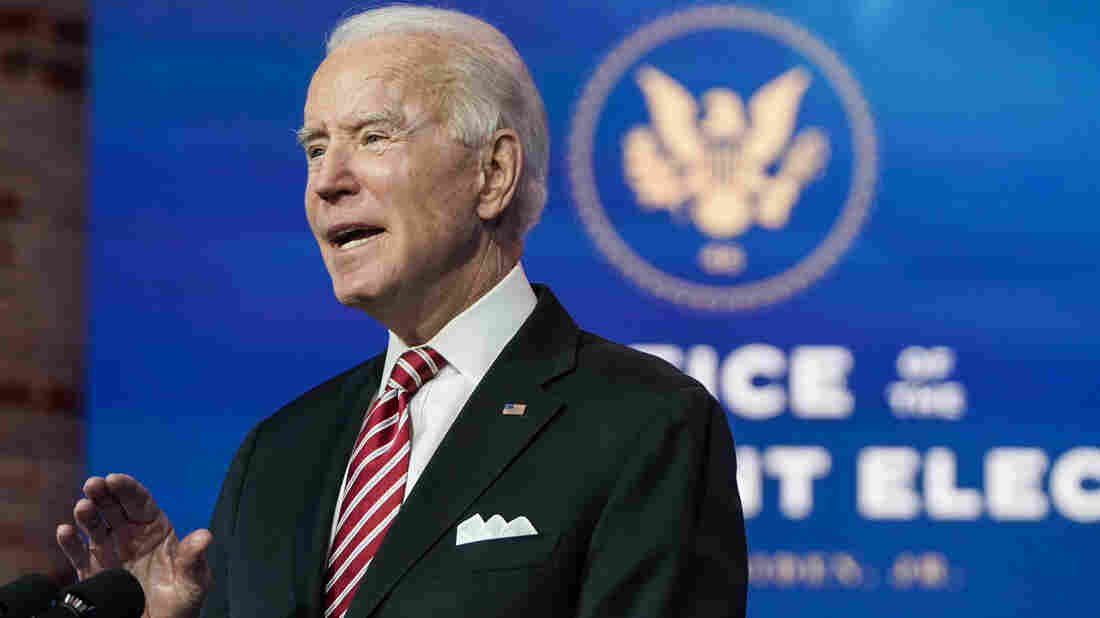 The big mystery of this election is why there was a disparity between President-elect Joe Biden's decisive win and Democrats' disappointing down-ballot performance. Joshua Roberts/Getty Images hide caption 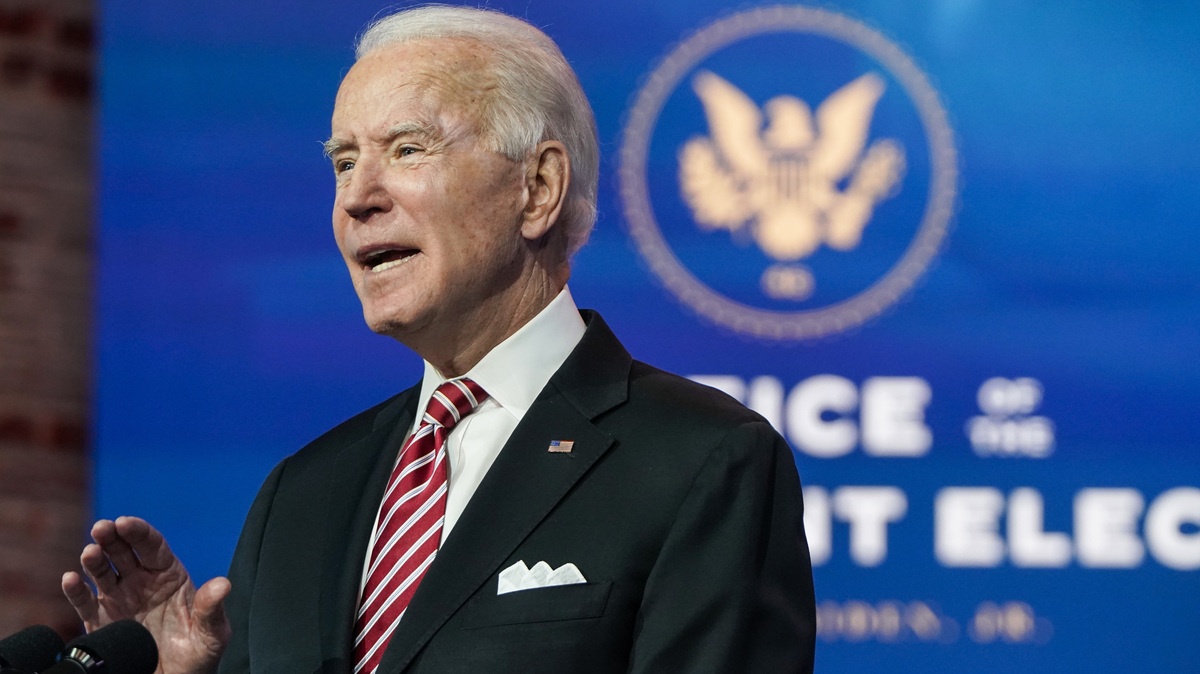 The big mystery of this election is why there was a disparity between President-elect Joe Biden's decisive win and Democrats' disappointing down-ballot performance.

Democrats are trying to figure out what the voters were trying to tell them this year, because it was kind of confusing.

President-elect Joe Biden won the popular vote by 4.5 percentage points — a 7 million vote margin — and got 306 electoral votes, which President Trump once called "a massive landslide victory" when he got the same number in 2016.

But Biden had no coattails.

Democrats fell short of their expectations in the Senate — with the possibility of a slim majority hinging on the Georgia runoff elections next week — and they lost nearly a dozen seats in the House. And despite fundraising advantages almost everywhere, their efforts to take back a number of state legislatures fizzled.

"It's pretty unique that you don't pick up down ballot when you have such a resounding success at the top of the ticket," said Democratic pollster Celinda Lake.

That's the big mystery of this election: Why the disparity between Biden's decisive win and Democrats' disappointing down-ballot performance?

Usually the party that loses the White House conducts a self-examination to figure out what went wrong and how it can do better next time. But as Trump continues to falsely claim he didn't lose, and as many Republicans are feeling triumphant that the trouncing they expected didn't materialize, it's the Democrats trying to figure out what happened. The results are offering the party five possible lessons.

The simplest explanation for Democrats' down-ballot disappointment is that many voters split their tickets. They rejected Trump but didn't embrace the Democrats. Data suggests there wasn't much ticket-splitting, but there may have been just enough to help Republicans in just the right places. 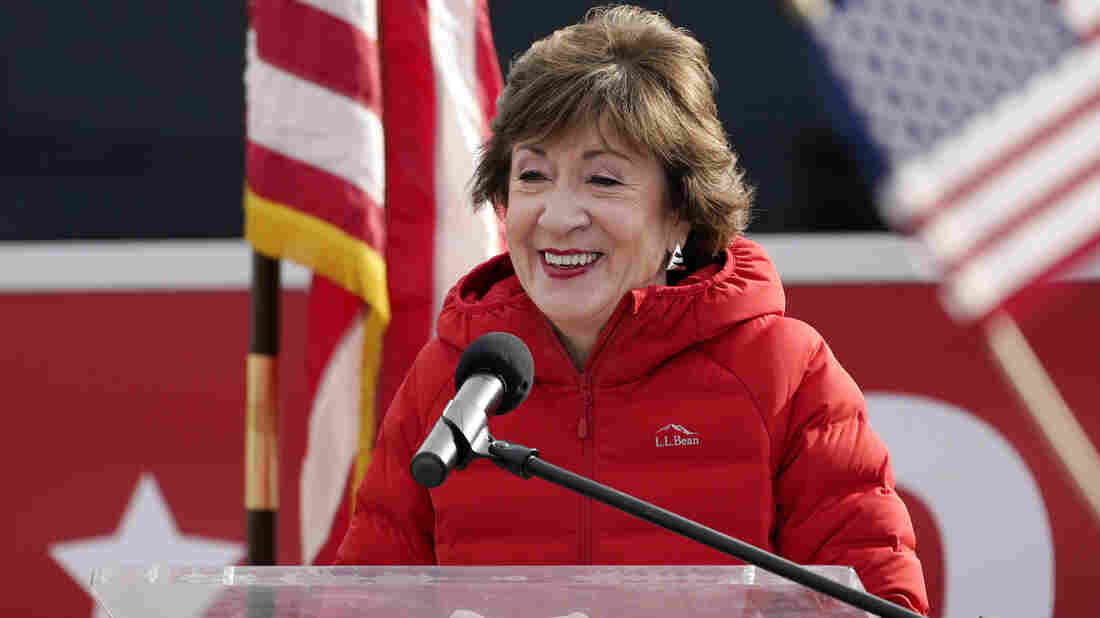 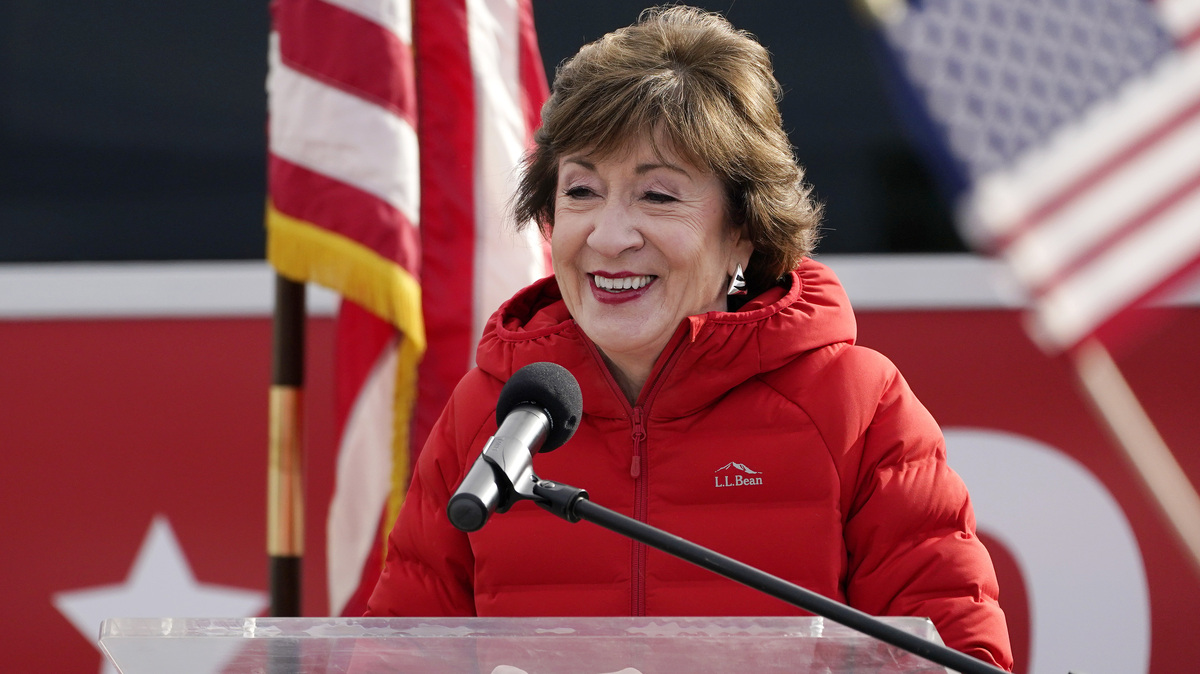 Despite years of gridlock in Washington, some voters still like the checks and balances of divided government, according to Antjuan Seawright, a Democratic strategist in South Carolina.

A lot of the congressional districts the Democrats lost this year were districts Trump won, but they also lost eight districts where Biden won.

"Six of those districts that we lost are majority people of color districts," said Chuck Rocha, a Democratic strategist who advised Bernie Sanders during the primary. "These are all majority Latino, Black and Asian seats that we lost, when that used to be the backbone of what the Democratic Party was."

Rocha points out that there was one big exception: Arizona. That's where the next lesson may lie.

2. Democrats' lagging support with Latinos could have been prevented

Biden won Arizona with a big majority of Latino voters. Democrats picked up a Senate seat, lost no House seats, and they even picked up one seat in the state legislature.

Rocha says that's because Democrats did things in Arizona that they neglected to do in other states with large Latino populations, like Florida, California or Texas. 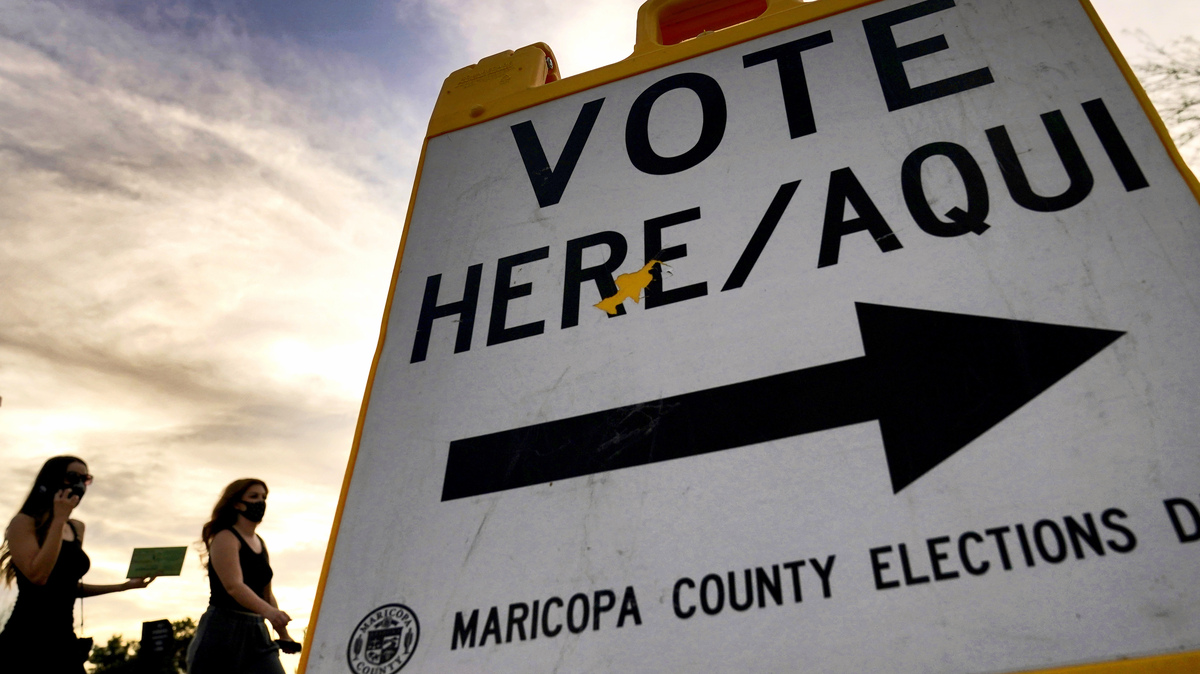 Biden won Arizona's Maricopa County, helping to flip the state to Democrats in the presidential race.

"You need a candidate who makes a commitment to talk to our community early and often," he said. "So Joe Biden goes up [on television] there in the end of June and spends millions of dollars on Spanish-language communications and never comes off the air."

There were also a number of Latino political organizations in Arizona telling voters — in Spanish — why they should be voting for Biden.

"TV, radio, digital, mail — robust infrastructure on the ground with people talking to people from the community to the community, like LUCHA, like Mi Familia Vota. Arizona is one of the only states that had all three components all year long," Rocha said.

This election belied two core political assumptions for Democrats. The first is that as the electorate gets more diverse, Democrats automatically do better. Not so fast.

"There are a lot of Democrats who believe demography is destiny, and that's true and nice if you've got 50 years. But if you've got six months or 18 months, demography is not destiny yet," pollster Lake said. "This is not a sea change; this is a glacial change."

The second bit of conventional wisdom punctured this year is that high turnout helps Democrats.

"Universally, high turnout does not help the Democrats," Lake said. "It depends on who's turning out."

Republicans — at least when Trump is on the ballot — were a lot better at getting their voters out than Democrats expected, with the "blue wave" of the 2018 midterms failing to wash ashore again this year. It's similar to the pattern of Barack Obama's presidency, when Democrats turned out big in presidential years, but Republicans dominated in the midterms.

Democrats say they also need a way to fight back when Republicans brand them as dangerous "socialists" who want to "defund the police." Only a small handful of progressive candidates were actually in favor of defunding the police. A majority of House Democrats, along with Biden, rejected that slogan, but they couldn't stop it from being weaponized against all of them.

That failure, says Rocha, is on the Democrats.

"There's no way that that helps you," he said. "There's just such a better way to get in front of that. Black men are being killed in the street by cops and we are filming it, and we can't think of the right way to say that that has to change? It's just — it's disgusting that we would let that happen."

Many Democrats admit they need a simpler, more populist message on the economy, starting with policies that have broad bipartisan support, like infrastructure, debt-free college and a $15-per-hour minimum wage, which 61% of Florida voters approved in November as Trump won their state by 3 points.

"Donald Trump, he put his policy on the front of a red hat. That's how he did it," Rocha said. "Like, we've got to get a lot more simplistic about our messaging and bring it way back down to where working-class people can understand who's with them and who's against them."

The key for Democrats, he thinks, is an economic message that speaks to both non-college-educated white voters and people of color, and that can help Democrats expand their appeal geographically.

5. The cities and suburbs are not enough

Suburbs are the new battleground, and Democrats did do very well in them. But for Democrats to achieve a true governing majority, they need a broader geographic reach.

"We should take a lot of lessons from how Joe Biden put together a winning coalition, and we have to expand that, particularly in more exurban and rural areas," said Mark Riddle, a Democratic strategist who runs the Future Majority PAC. "There are parts of our country that see things differently, and we have to have a larger conversation with them in order to get more seats."

The challenges of taking office without a clear governing majority may become apparent very quickly, and overcoming them presents Biden and his party with a lot of familiar hurdles.

Except next time, Democrats won't have Trump to run against the way they did so successfully in 2018. Typically, the incumbent president's party loses seats in Congress during the midterms.

So with all the other lessons, Democrats are going to have to figure out how to defy history over the next two years if they want to turn a demographic majority into a political majority that's big enough to actually govern in Washington.