Accessibility links
How Media Changed In 2020: The Consumer Has Never Had More Power All the biggest media companies are chasing viewer tastes more intensely than ever, focusing on their streaming platforms as consumers create an increasingly personalized, fractured media diet.

4 Ways 2020 Changed Media: The Consumer Has Never Had More Power

4 Ways 2020 Changed Media: The Consumer Has Never Had More Power 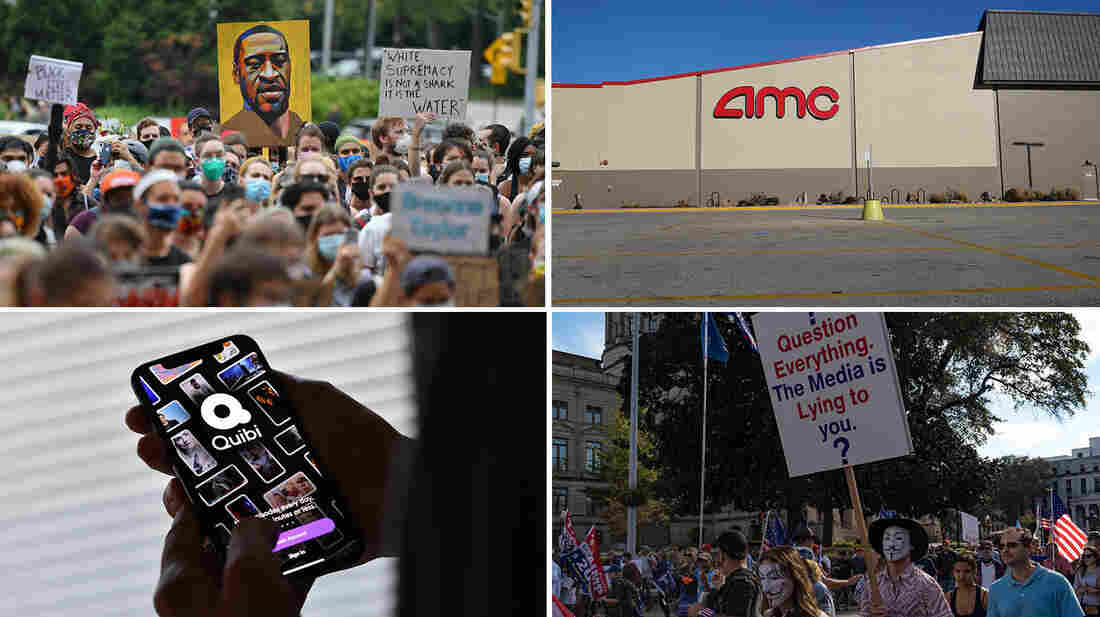 Something significant shifted in media this year — and it's not just about the pandemic keeping us inside, glued to screens. It's all due to a simple idea: cater to the will of the consumer.

With today's fragmented, social media-fueled pop culture environment, the consumer has never had more power. A random tweet can derail a blockbuster movie; a stream of clever TikTok videos can create a star. And all the biggest media companies are chasing viewer tastes more intensely than ever, focusing on their streaming platforms as consumers create an increasingly personalized, fractured media diet.

Here's how all that adds up to the four biggest ways 2020 transformed media. 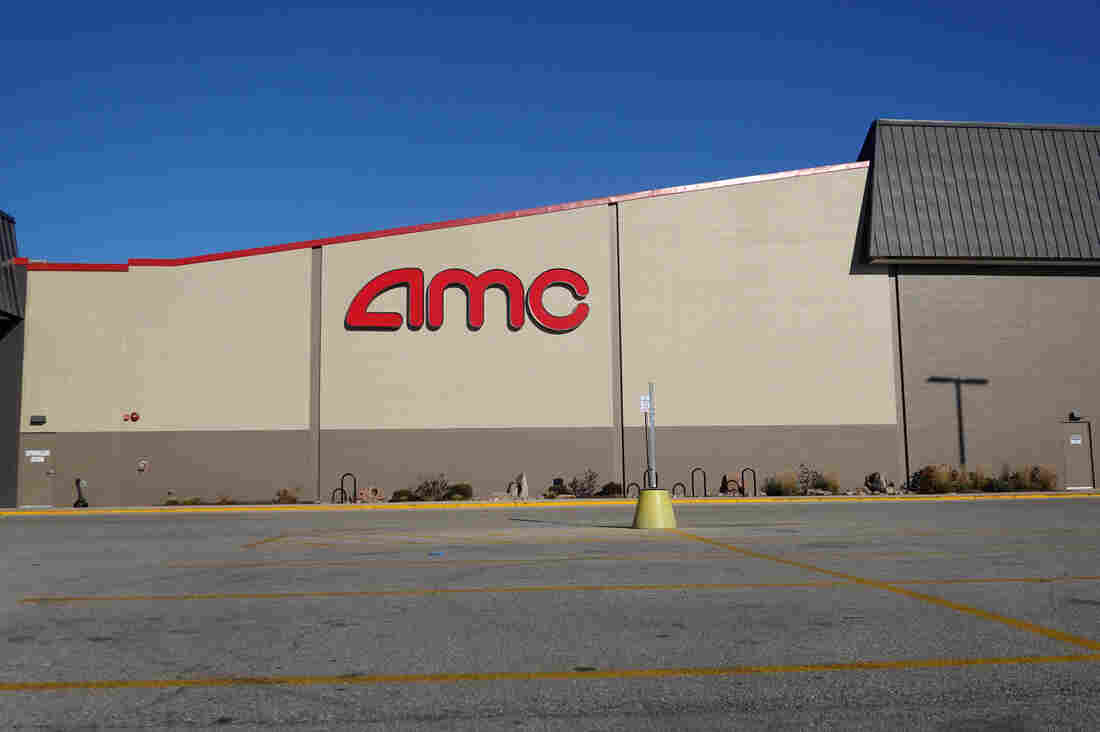 Once the center of the entertainment universe, broadcast television and movie theaters have been hit hard by the pandemic, which has changed consumer behavior in lasting ways.

For broadcasters, the lockdowns in mid-March forced many shows to end their seasons early and kept networks like ABC, CBS, NBC, The CW and Fox from developing many new shows. The fall season, when broadcasters often debut their most-anticipated new series, was pushed back for months. And a few new shows which managed to debut in the fall, like Kim Cattrall's Filthy Rich and John Slattery's NEXT on Fox, are already canceled.

As a consumer with a pretty decent home media system, I had already set a high bar for movies worth the hassle and cost of viewing in a theater. Add in the possibility of COVID-19 exposure and increased availability of theatrical films on streaming, and that math tilts pretty hard against movie theaters.

I've often believed the rise of new media doesn't kill old media; it just forces it to change. So broadcast TV and movie theaters won't disappear entirely, but they will be transformed.

News media struggled to convince half of America to accept basic facts. 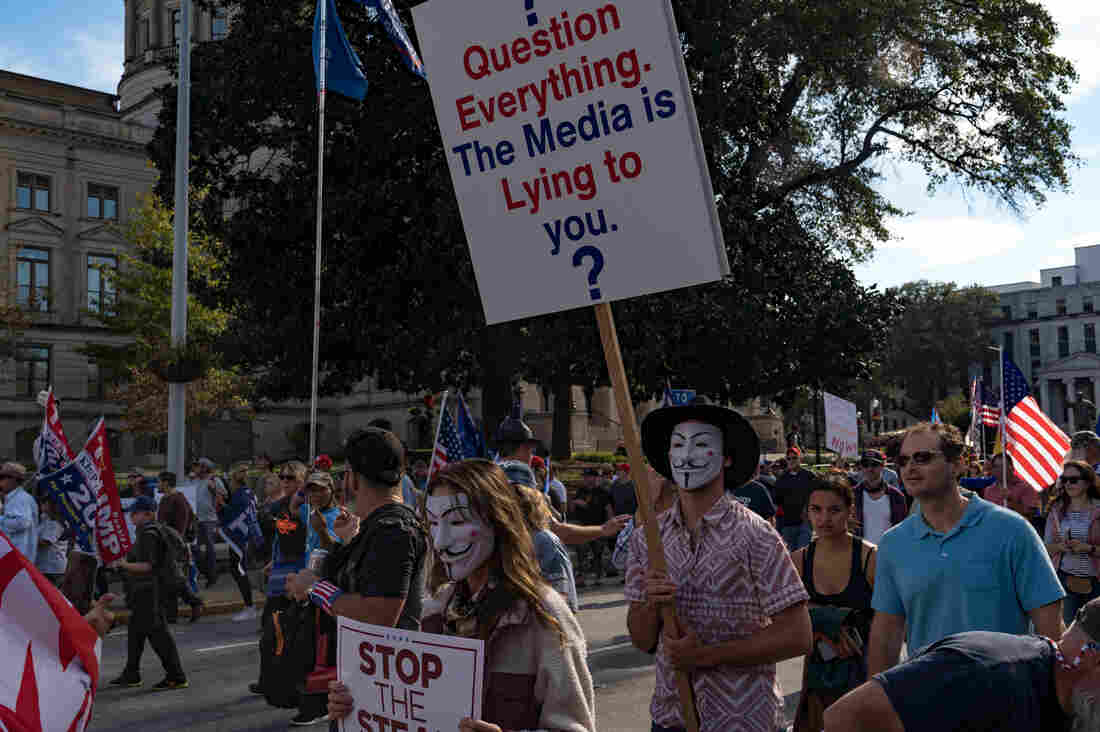 Did Joe Biden win the presidency in a fair election? Is the coronavirus a deadly health threat, curbed by widespread mask wearing? Those are basic questions with basic answers — yes, and yes — but Americans have been divided on these issues throughout 2020.

The divide is fed by political partisanship, ideologically driven media outlets and a President one factchecker says issued more than 20,000 false or misleading claims as of July – long before he began challenging November's election result with a series of meritless charges about widespread voter fraud.

Often, Trump has seemed to embody what Stephen Colbert once called "truthiness"; believing something is true because you feel or want it to be true, regardless of the actual facts. Indeed, it is notable that the top two contenders for factchecking website PolitiFact's "Lie of the Year" in 2020 were often echoed by President Trump and Trump-friendly media outlets like Fox News Channel: COVID-19 denialism and a refusal to believe Joe Biden won the presidential election (Coronavirus denial eventually won the top spot).

The problem was highlighted in a recent NPR/PBS NewsHour/Marist survey, which found 61 percent of Americans overall trusted the presidential election result, but just 24 percent of Republicans did. 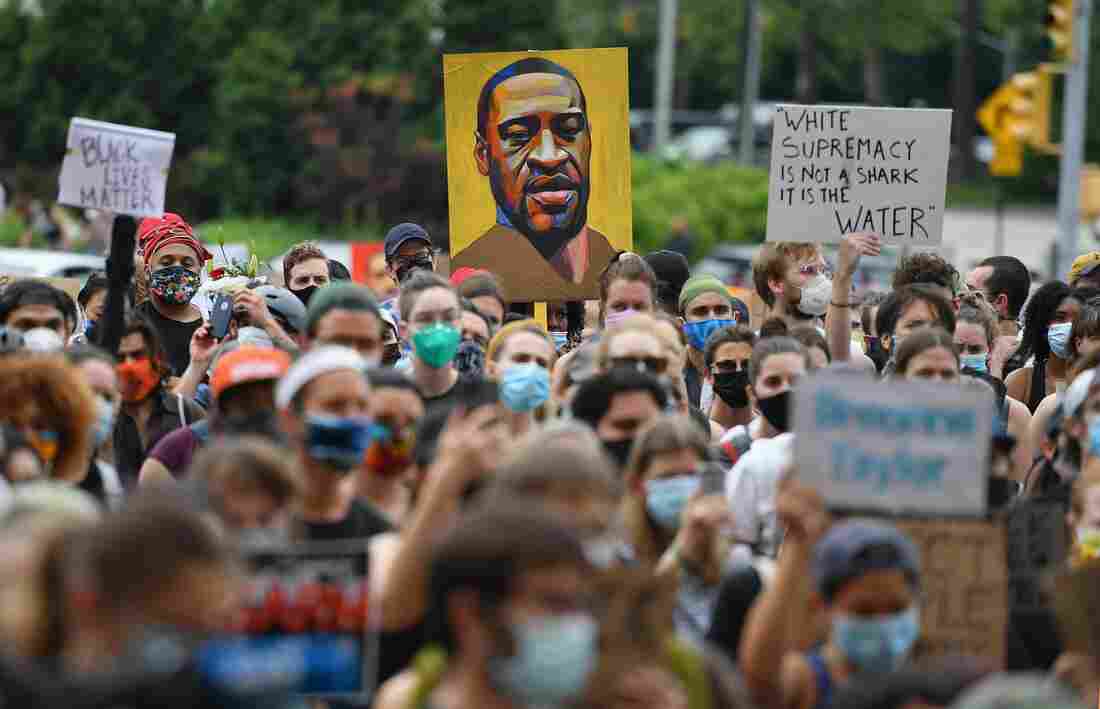 A protester holds up a portrait of George Floyd during a "Black Lives Matter" demonstration in front of the Brooklyn Library and Grand Army Plaza on June 5, 2020, in Brooklyn, N.Y. Angela Weiss/AFP via Getty Images hide caption

This year, I saw three things happen in television that I never expected. The Bachelor chose its first Black man as a star. Cops and Live PD, two unscripted shows long criticized for stereotyping poor folks and people of color, were canceled. And CBS, a network long criticized for its lack of diversity, announced specific diversity goals for scripted and unscripted series, aimed at boosting the numbers of non-white people throughout their productions.

Dismantling 'The Bachelor's' Racist And Sexist Elements Has Only Just Begun

Many factors led to these changes, including the reckoning over systemic racism kicked off by the killing of George Floyd by Minneapolis police this summer. And CBS has weathered a string of scandals this year involving allegations of abusive workplace conduct or staffers and contestants of color feeling marginalized at shows like All Rise, Hawaii Five-O, Magnum P.I., MacGuyver and Survivor.

Skeptical as I am about the TV industry's resistance to real transformation on racial issues — note reports that Cops quietly resumed production after its cancelation by Paramount Network to make episodes for overseas outlets — the success of shows led by non-white characters like I May Destroy You, Lovecraft Country, Small Axe, P-Valley, Ramy and The Last Dance are a good sign.

The world of journalism also saw seismic changes this year, from the resignation of The Philadelphia Inquirer's editor after the newspaper published a headline which offensively referenced the Black Lives Matter movement – it read, "Buildings Matter, Too" – to apologies from both The Los Angeles Times and The Kansas City Star for past racism in its coverage on people of color.

It all feels like a long-overdue recognition of the impact systemic racism continues to have on media. The issue goes beyond individual acts perpetrated by specific people; it's about ending habits, strategies, reflexes and traditions within platforms which marginalize non-white people.

There's more work to be done, especially to feature Hispanic characters and storytellers, who remain among the most underrepresented groups on TV and in journalism.

But at a time when some of the best shows on television are also the most diverse, there's little argument left for failing to reflect the wide array of races, cultures, genders and orientations visible in the wider world.

The line between theatrical films and TV vanished as the next phase of the streaming wars begins. 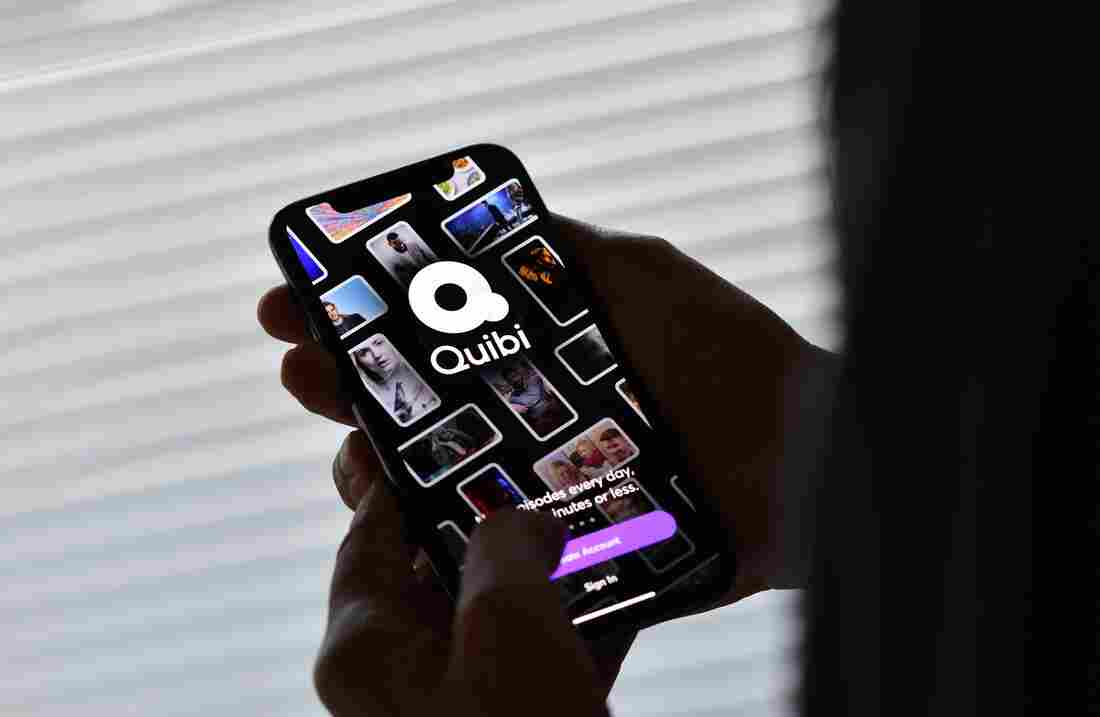 Quibi, the mobile-first streaming service to specialize in original shows with short five to 10-minute-long episodes, shut down its business operations in October, little more than six months after it launched. Chris Delmas/AFP via Getty Images hide caption

The streaming wars kicked off with big platform launches, from Apple TV+ and Disney+ late last year, to WarnerMedia's HBO Max and NBC Universal's Peacock this year. 2020 showed us the shape of the coming second phase: increasing and refining what's on these platforms, to define the identity of the service and hold your attention.

It's like that scene in every Marvel movie where all the heroes assemble for the big fight: Disney this month announced plans to fill Disney+ with lots of new material – 100 titles annually for the next four years – including at least 10 new Star Wars shows and 11 Marvel programs. Warner Bros. will debut all 17 of its feature films scheduled for release in 2021 on HBO Max the same date they hit theaters. They're both gunning for each other and industry leader Netflix, which still has more subscribers than either Disney+ or HBO Max.

These TV Services (And More) Are Offering Free Access

And even though short-form streamer Quibi died just months after launch, new streaming platforms like AMC+ and Discovery+ have emerged, filled with even more content.

This will be a pitched battle for control of the attention economy – what earns consumers' notice and loyalty. In the process, more material will move to streaming television, reaching us through our smartphones, tablets, desktops or smart TVs.

The success of Disney+'s launch – Disney says it gained nearly 87 million subscribers since its launch in November 2019, four years sooner than early predictions – resulted from careful planning and help from the pandemic. The service had a library of classic content filled with material from Disney, Marvel, Lucasfilm (Star Wars), Pixar and National Geographic. Disney+ only needed one original hit early on, the amazing reinvention of the Star Wars universe called The Mandalorian.

HBO Max had a tougher ride, with a monthly subscription fee of nearly $15 (about twice the cost of Disney+) and a less impressive content library when stacked against Disney+'s big franchises. Moving films like The Matrix 4 and the Suicide Squad sequel to HBO Max may help juice consumer interest, but it will come at the expense of angering the film industry and theater owners, who may lose a fortune if Warner Bros. films struggle at the box office.

Successfully taking advantage of a media trend is all about timing: Sure, everything may likely move to streaming eventually, but did Warner Bros. pull the trigger too soon?

The answer to that question will determine the shape of the world's most powerful entertainment companies for years to come.