Accessibility links
Maya Rodale's December Romance Roundup For December, our columnist Maya Rodale has rounded up three must-reads where romance is for everyone who's willing to take a risk, from regular girls to royals.

To End The Year, 3 Reads That Prove Romance Is For Everyone

To End The Year, 3 Reads That Prove Romance Is For Everyone 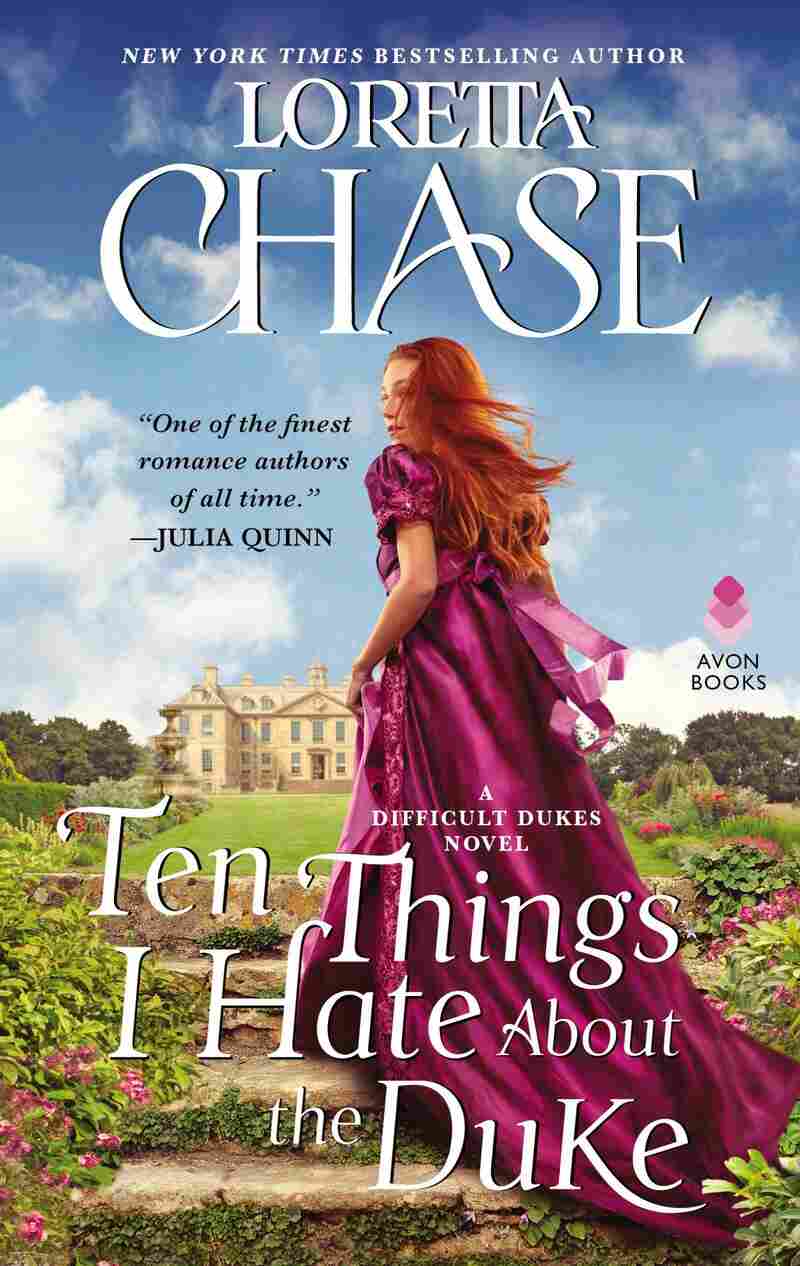 In this month's slate of must-read romance novels, romance is for everyone, from regular girls to royals. All it takes for love to blossom is a willingness to be vulnerable and risk devastating heartache. The couples in these novels don't know that they'll get a Happy Ever After — but we do and so we can enjoy their emotional journey on the way to the HEA. And maybe get some ideas for our own.

Ten Things I Hate About The Duke by Loretta Chase, a riff on The Taming of The Shrew, is delightful romance for fans of handsome young dukes with a hint of scandal and heroines who are actually quite vulnerable, though they hide it under a smart and sharp façade. Cassandra Pomfret's latest antic — publicly calling out an elected official for the terrible bill he is sponsoring — has embarrassed her family again. As a result, her father declares that her angelic and beloved younger sister cannot wed until Cassandra does. The pressure for Cassandra to reform is immense, which makes it especially catastrophic when the Duke of Ashmont, drunk after a duel with his friend (!), inadvertently causes Cassandra's carriage to overturn, thus injuring her groom, causing her maid to flee and putting her in quite the scandalous position.

Cassandra and Ashmont, who have known each other distantly since childhood, are now back in touch and at each other's throats. The usual snarky banter and sexual attraction ensues. When they are caught in a compromising position, Cassandra's plan to avoid marriage is for the duke to pretend to court her. To the surprise of no one who has ever read a romance novel, their fake courtship starts to feel very, very real. Cassandra is unwilling to risk Ashmont breaking her heart again — but when he starts to read Mary Wollstonecraft and make a genuine effort to understand women, she thinks this time it might be different and maybe he's worth risking heartache for. 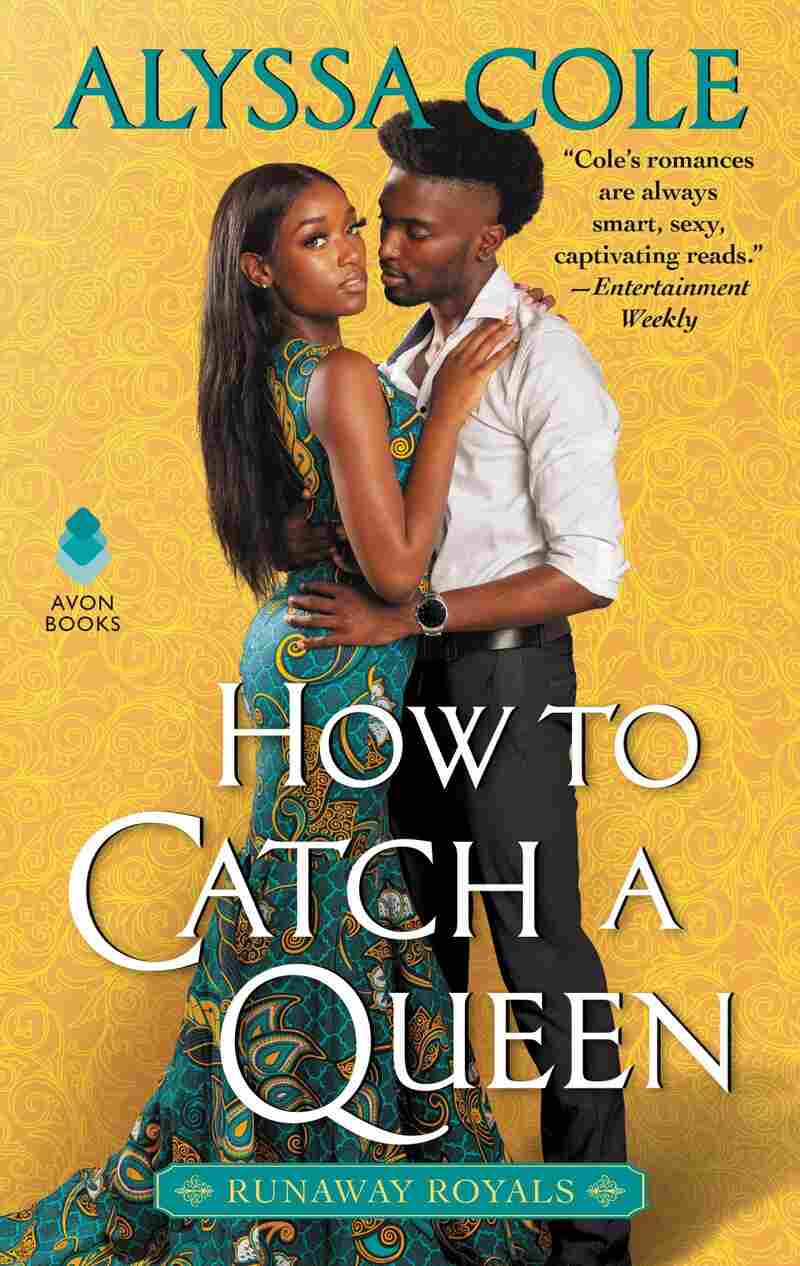 How To Catch a Queen, by Alyssa Cole Avon hide caption 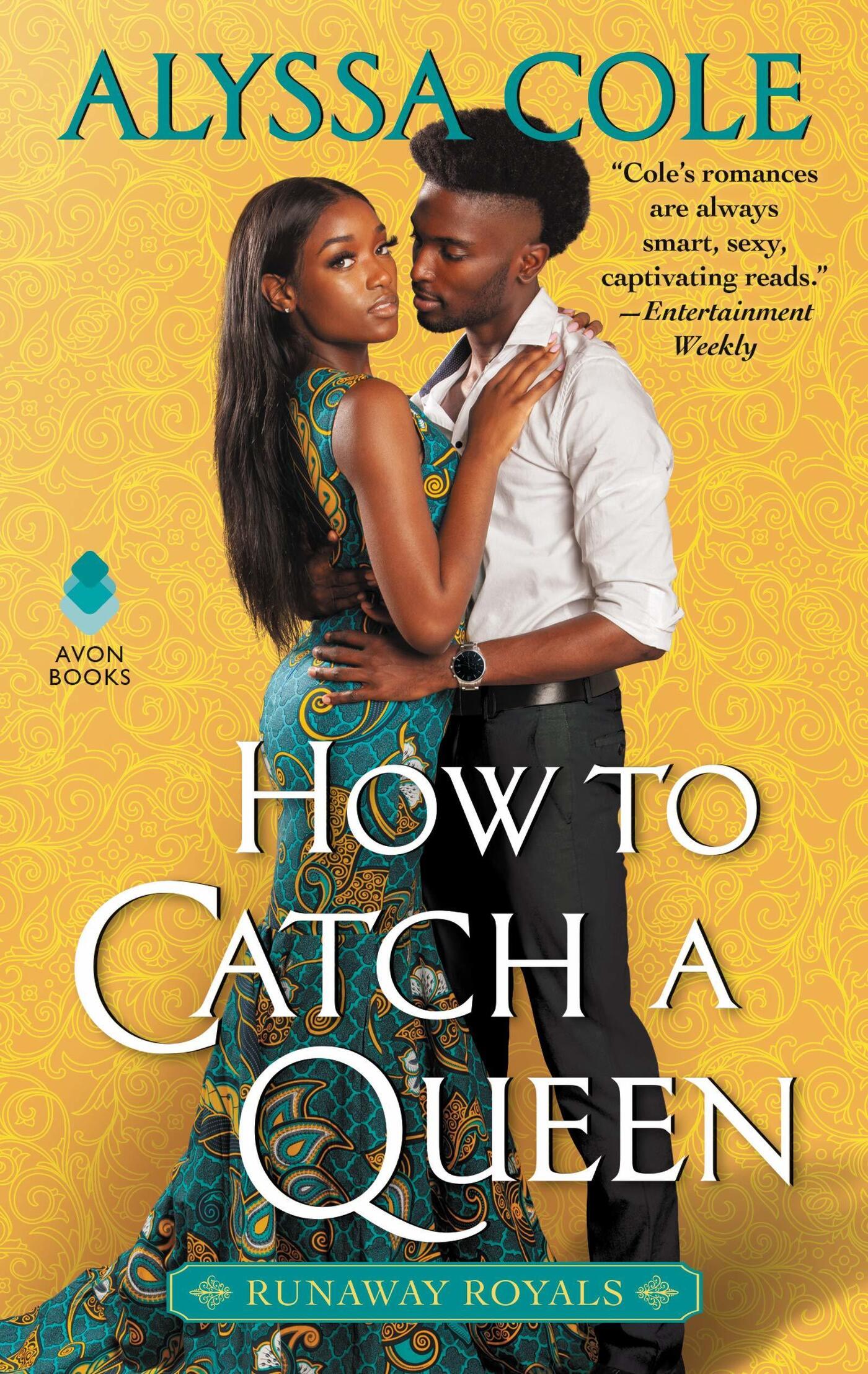 How To Catch a Queen, by Alyssa Cole

Alyssa Cole's How To Catch a Queen is a perfect royal romance. An arranged marriage pairs King Sanyu of Njaza, a man reluctant to be king, with Shanti Mohapi, a farmer's daughter from the nearby country of Thesolo. She unapologetically wants to be a queen and has been training diligently for the role, not for the glamour but for the chance to make a difference. On the dating website RoyalMatch.com, she and Sanyu are paired together and before long, they are wed, Sanyu's father dies and he becomes king. And according to Njaza's traditions, Shanti has four months to prove that she's a true queen.

At first it seems Shanti will be like all the late king's previous queens — gone after four months. But her outspoken suggestions at a council meeting get Sanyu's attention and soon he's visiting her rooms at the palace each evening to talk policy and ... not talk much at all! But time is running out for Sanyu to decide if she's The One — and if he's the one to lead Njaza out of the past and into the future. Of course, he can do anything with Shanti by his side. Besides being a smart and fun romance, this is also a tremendous story about how we raise boys, and how a heroine's love is what makes a man into a hero. 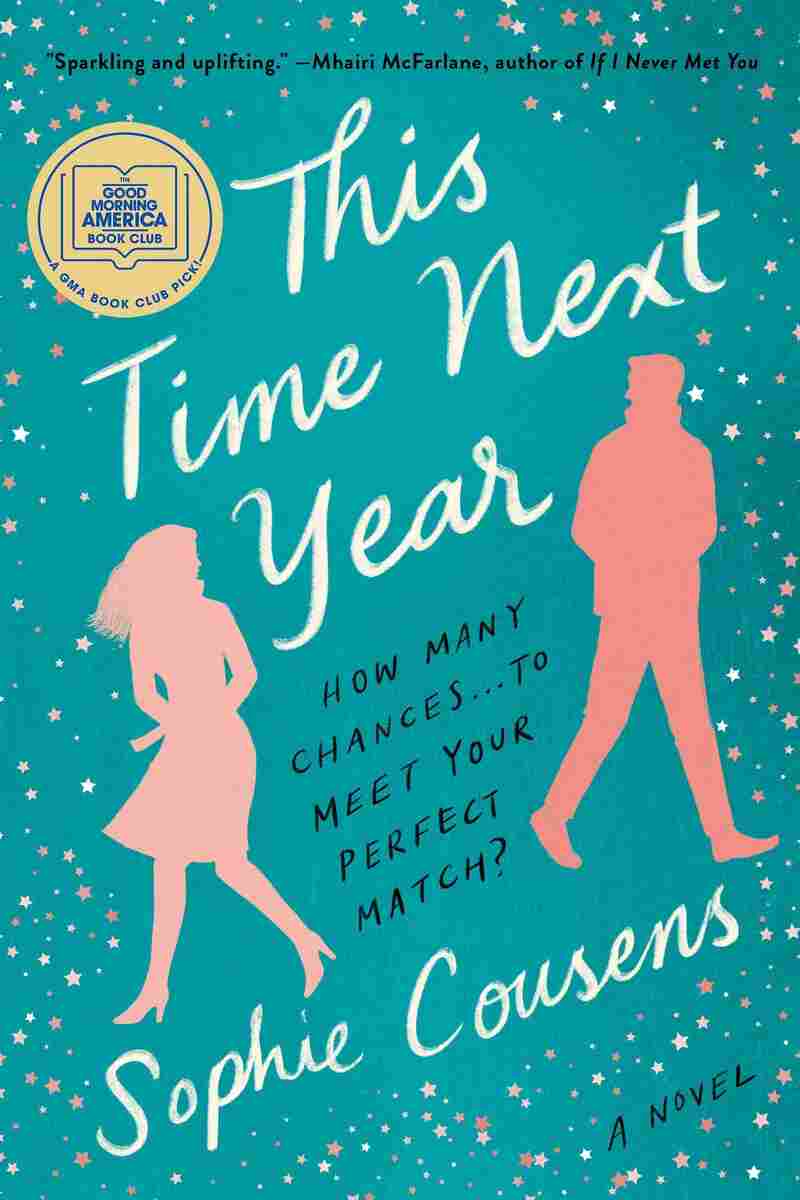 This Time Next Year by Sophie Cousens is a cute contemporary romantic comedy that never would have happened if Quinn Hamilton hadn't been born minutes before Minnie Cooper on New Year's Day in 1990, not only taking the name she was supposed to have, but also the prize money for the first New Year's baby. She was born unlucky, her mother always said, and Minnie believed her, especially when each year, her birthday was a total disaster — including the year she finally meets the infamous Quinn Hamilton.

Of course, Quinn Hamilton is handsome, rich, perfect while Minnie is every rom-com heroine — broke, desperate to keep her business afloat, dating a bad boyfriend and kicked out of her flat. Fortunately, she has her best friend and business partner Leila, who encourages Minnie to pursue her "love twin" or at least accept his help. In learning that Quinn is a real man with hardships of his own, she is challenged to reconsider the stories she's always told herself. If she's not unlucky and Quinn Hamilton isn't the worst, what will she do to get her life on track? Where does she want to be this time next year? The characters in this page-turning novel are richly drawn and transform substantially, especially Minnie, and all suggest that maybe happy ever after is up to us.