Accessibility links
NYC And COVID-19: How Waiting In Line For The Test Is A Business Opportunity A business that traditionally provided line standers for Broadway shows and other events, now serves people who don't want to wait hours outside a health clinic. 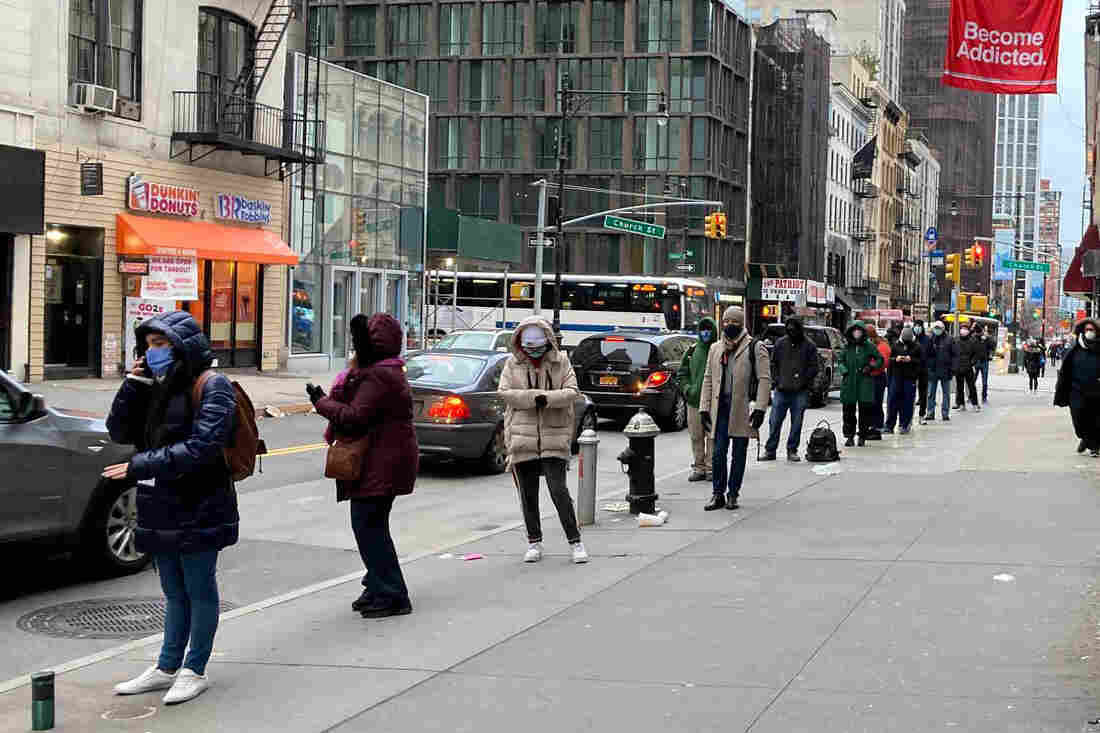 A line forms outside a COVID-19 testing clinic in Lower Manhattan. Long waits have created a business opportunity for line standers who used to queue up for others at Broadway shows and other major events. Ben Ellman hide caption 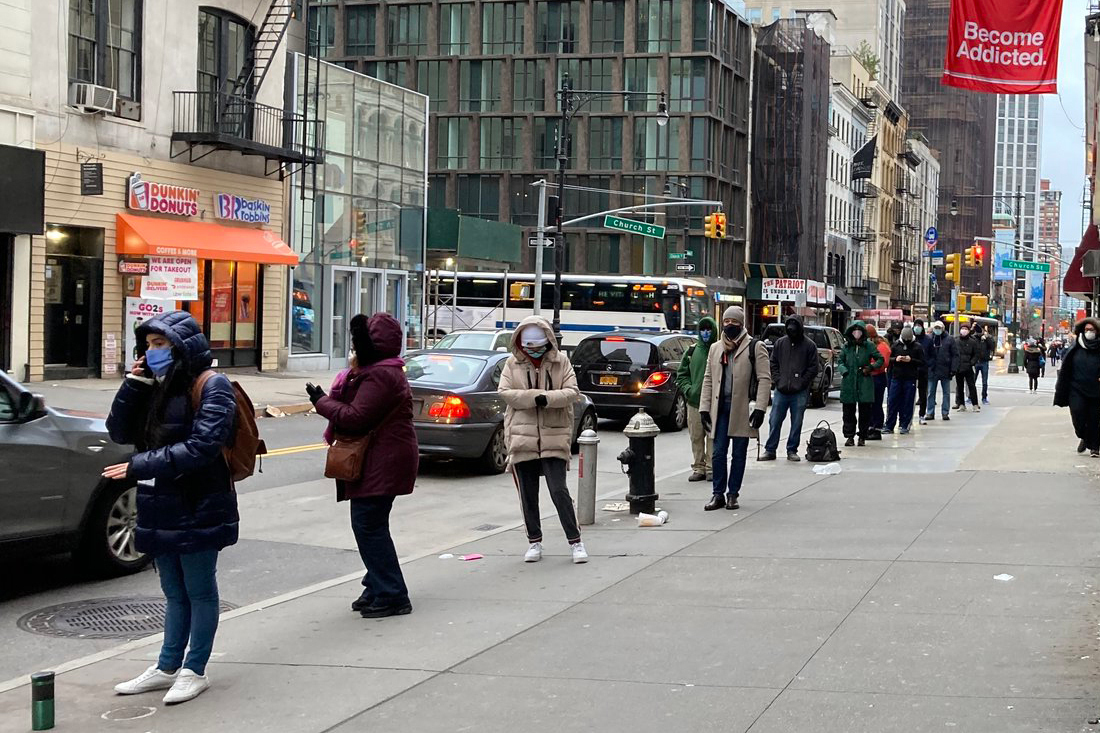 A line forms outside a COVID-19 testing clinic in Lower Manhattan. Long waits have created a business opportunity for line standers who used to queue up for others at Broadway shows and other major events.

As stores are about to open on Chambers Street in Lower Manhattan, a man sits on a stool at the front of a line of people waiting for COVID-19 tests. The time "5:38 a.m." is scrawled on the pavement in front of him in eye-catching yellow.

"I let my chalk do the talking," says Robert Samuel, explaining that he wants people to see how early he showed up for his client, and that he could do the same for them.

Samuel is the founder of Same Ole Line Dudes. The business traditionally provided line standers for Broadway shows, sporting events and other in-demand events, but demand collapsed when New York City imposed a lockdown to combat the coronavirus last spring.

Now, COVID-19 testing has been a godsend, with the wait at public and private testing sites stretching to four or more hours.

"We're still far, far from what we used to do but it's still keeping us in the game," he says. 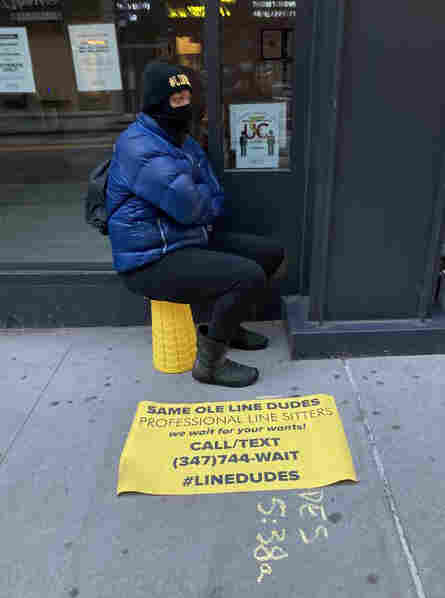 Robert Samuel started his line-standing business in 2012 when someone paid him to wait outside an Apple Store for the latest iPhone model. Ben Ellman hide caption

Samuel started his business in 2012 during a brief patch of unemployment. He posted an ad to Craigslist offering to stand outside of an Apple Store for that year's iPhone release.

"The guy who hired me ended up getting his iPhone 5 online but still paid me for waiting for him and encouraged me to stay and sell my spot," he says. "So I sold my spot a few times that night and in the morning I had enough to purchase a phone that I had no intention of buying."

Since then, Samuel's business grew to include 15 employees, but when the pandemic took hold of the city in March, business came to a standstill for months.

Then the waits for early voting in the election revived it in November. And now lines for COVID-19 tests are 90% of Samuel's business. The high demand to get in during the holiday testing rush has led some other line standers to charge $80 an hour or more, he says.

After two hours waiting in the cold, Samuel makes way for client, Nick Sonnenberg, who arrives to take his spot ahead of the 22 people who have gathered behind the line stander.

"Right now, my time's worth hundreds of dollars an hour," says Sonnenberg, who runs an outsourcing company. "So to pay someone to wake up and stand at 5:45 a.m. when it's cold and give me an extra hour or so to sleep, it was definitely worth it for me."

When the clinic opens and the line starts moving, other patients inch toward the door, including Sophia Tomasulo, who just got home from her first semester at Tulane University.

It irks her that the morning's first test went to someone who paid to be first in line, "Because COVID is something that affects different races and different classes disproportionately."

Criticism of the practice has also spread online. In November, a video with instructions on how to use the gig app TaskRabbit to hire a COVID-19 testing line stander drew a backlash on Twitter.

But real estate investor Greg Stuppler, who is at the back of the line waiting for his fourth test in as many weeks, sees no problem.

"I think it's America" he says, "if someone can be employed and make a living providing a service for someone else, I'm all for it."