Accessibility links
A Few Things That Helped People Get Through 2020 It was a tough year. NPR's Morning Edition asked what helped get you to 2021. Some people turned to art or letter writing. And others found escape by following a steer named Crouton online. 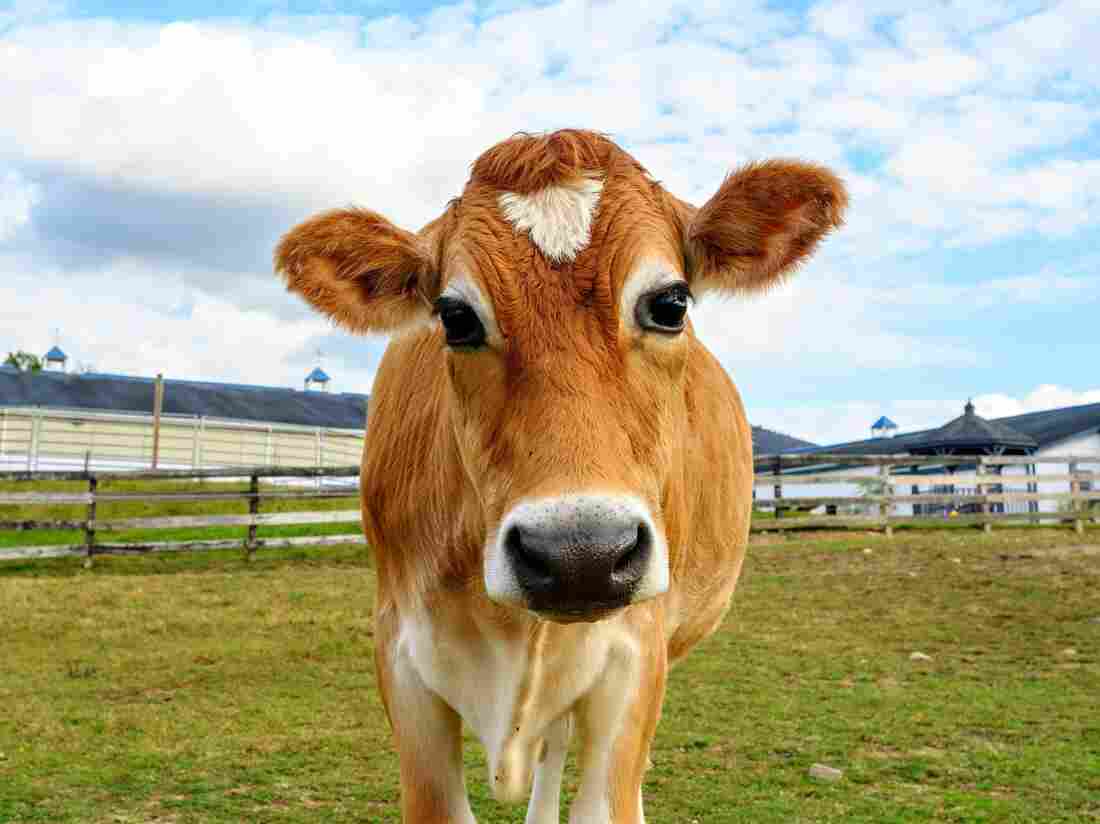 Crouton the steer went viral on Twitter in 2019. In 2020, the Crouton Crew grew to over 50,000 followers. Geoffrey Tischman/Beth Hyman hide caption 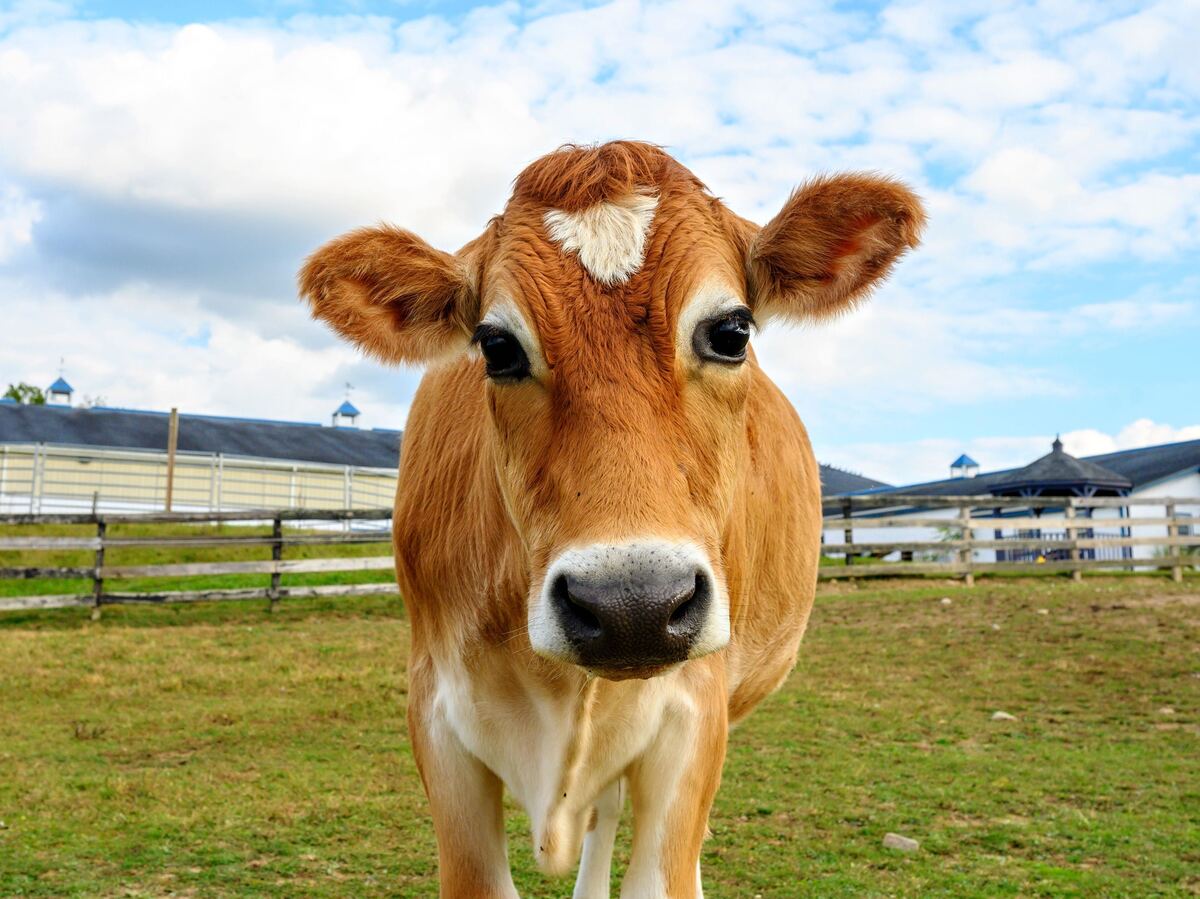 It was an eventful year to say the least. It began with a historic impeachment, and then the global pandemic, a reckoning around racial injustice, a tumultuous election and even more unlikely news.

The events of 2020, however significant, had an effect on everyone. NPR's Morning Edition wanted to know what helped get people through the tough times — and hundreds responded on Twitter.

Some said they turned to writing letters, creating art or starting a new hobby. Others relied on friends and family and mindless escapist TV shows. And many said it was four-legged friends and good wine that got them through.

Wine and my dogs.

Sahil Swali from Albany, N.Y., wanted to help people feel connected, especially those who were more isolated. It inspired him to start an online program called Write to Appreciate, in which people could send letters to seniors living in long-term care communities.

Good Riddance: The End Of 2020 Is Just Days Away

Good Riddance: The End Of 2020 Is Just Days Away

Sixty senior facilities receive letters from Swali's project. Some residents said they keep the letters hanging up in their rooms.

"The response has been truly amazing," Swali said. "It makes my day to know that the effort I put into trying to build a website and making contacts pays off in smiles and making people feel less lonely." 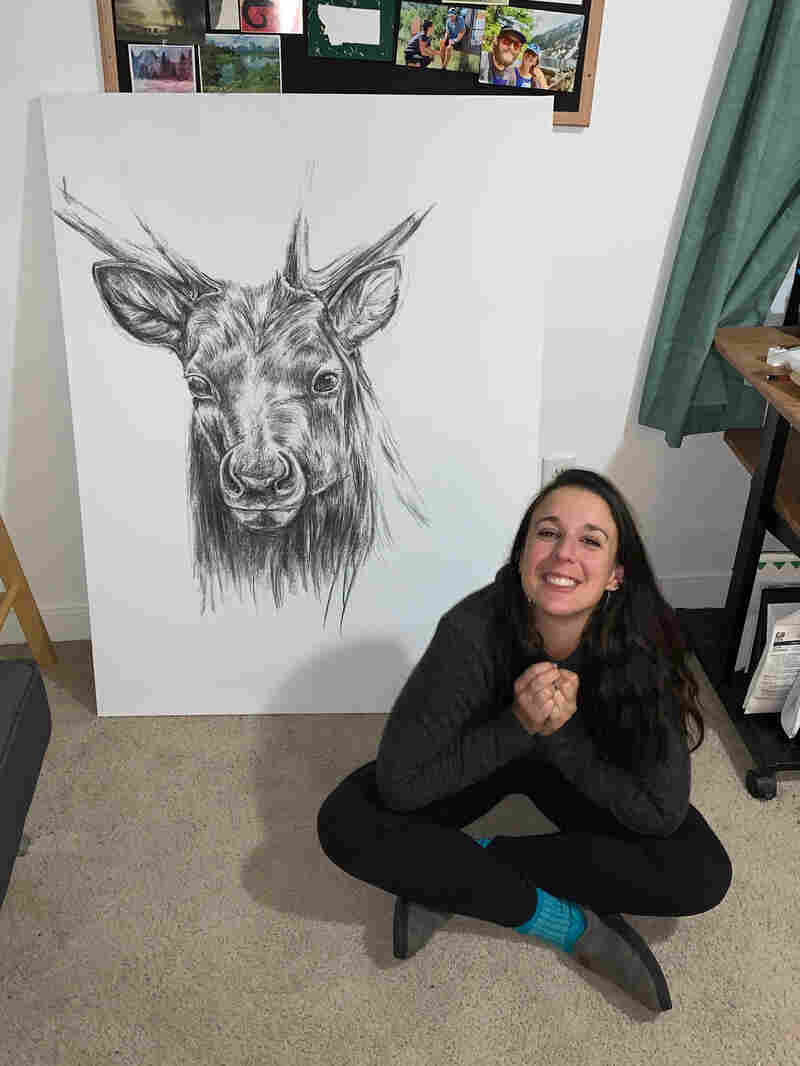 Maggie Slepian spent at least 12 hours on FaceTime with her sibling Harry to finish this drawing of an elk. Maggie Slepian hide caption 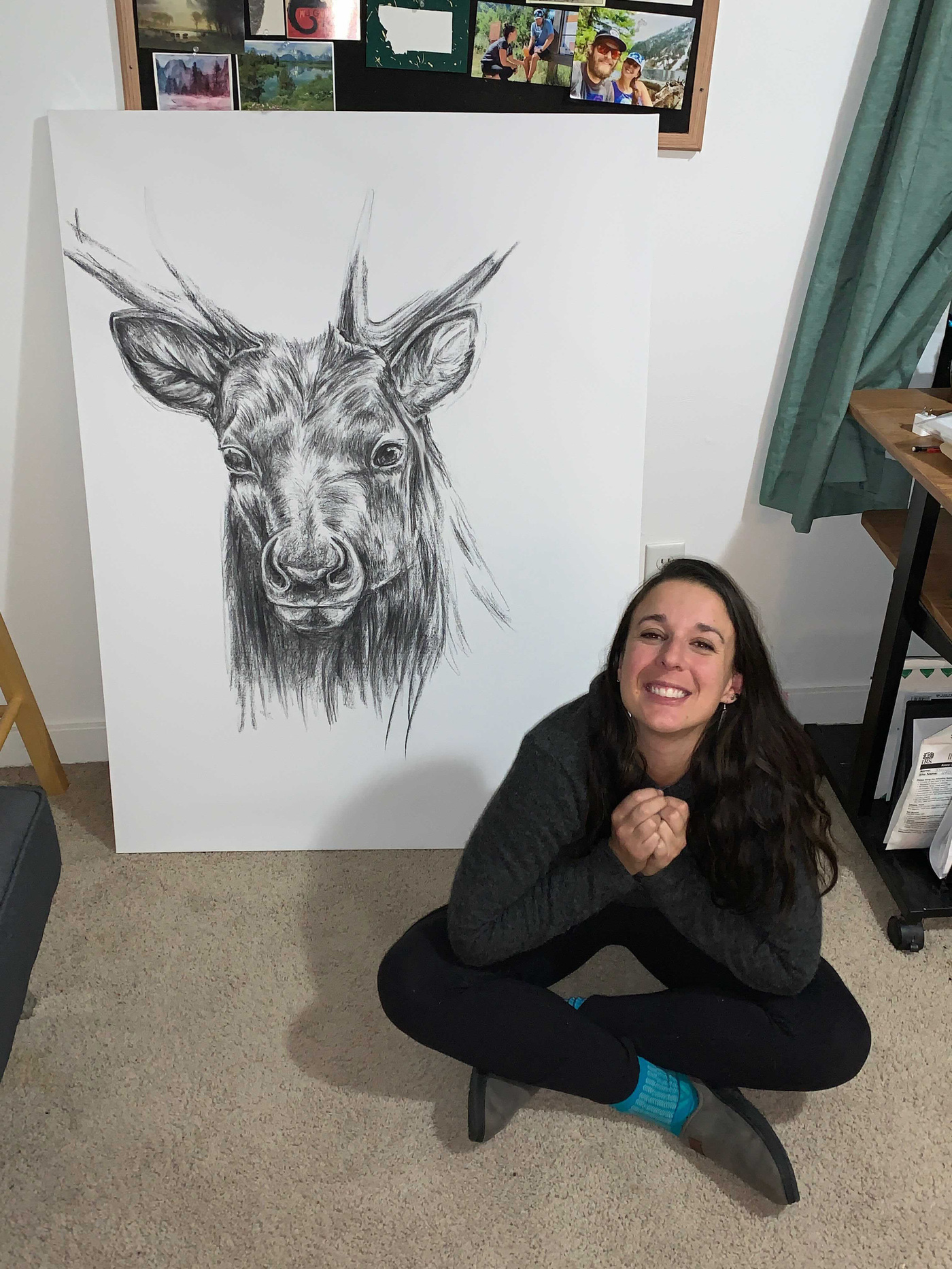 Maggie Slepian spent at least 12 hours on FaceTime with her sibling Harry to finish this drawing of an elk.

Siblings Maggie Slepian and Harry Wolfson-Slepian live on opposite sides of the country — Maggie in Montana and Harry in Massachusetts. Both were out of work when the pandemic hit, so they were each looking for something to fill their time.

It was Maggie who suggested they draw together over FaceTime. The two used to draw together growing up in New Hampshire, sometimes visiting museums to sketch, but both said they hadn't been keeping up with the hobby.

"It was hard to motivate myself to draw," Maggie said. "And so getting on these FaceTime calls with Harry served not only the purpose of reconnecting with my brother, but also making me do this activity that I hadn't done in years and really actually found out that I missed." 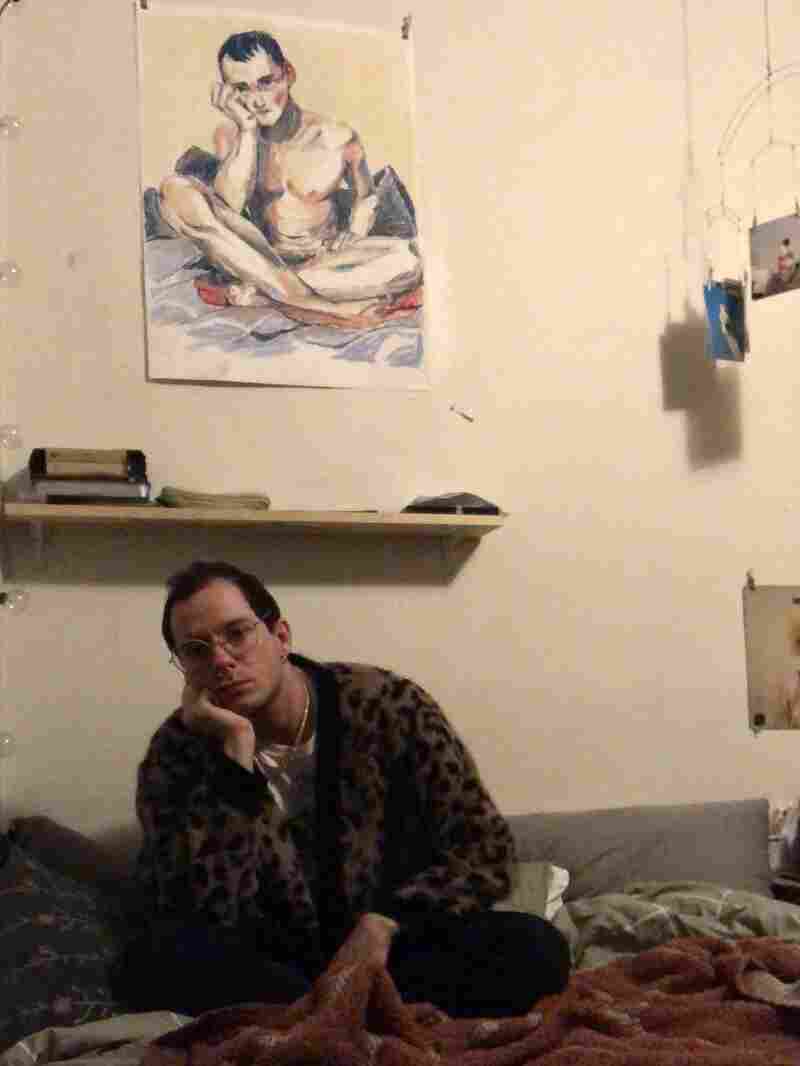 Harry Wolfson-Slepian poses with a pastel drawing they did on FaceTime with their sister Maggie. Harry Wolfsen-Slepian hide caption 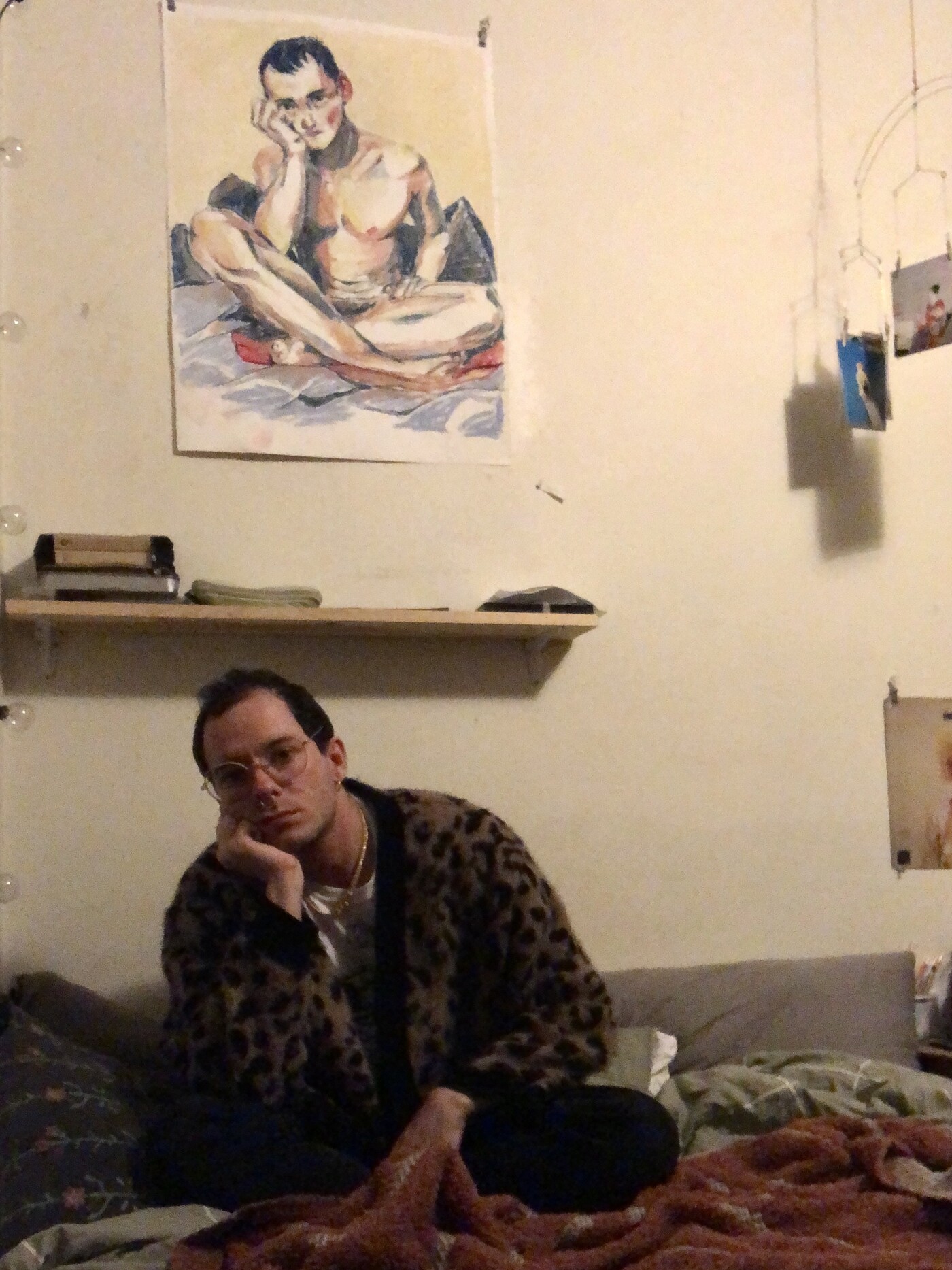 Harry Wolfson-Slepian poses with a pastel drawing they did on FaceTime with their sister Maggie.

They've spent dozens of hours helping each other with big pieces but sometimes will just sit together to do quick sketches.

"I actually produced some work I was really proud of and really happy about during those FaceTime drawing sessions," Harry said.

Beth Hyman works as the executive director of an animal sanctuary in New York. This year, she was not the only one who found comfort in the animals she works with — in particular with a steer named Crouton.

Crouton went viral on Twitter last year when a video of him and his wheelbarrow garnered nearly 2 million views. This year, the Crouton Crew grew and now the account dedicated to the beautiful bovine has over 50,000 followers.

Crouton and his wheelbarrow pic.twitter.com/Z5I16XkhRp

"The pandemic just sort of really kicked it over the edge," Hyman said of the account. "People were seeking it out as just wholesome content that wasn't political, it wasn't current events, it wasn't any of that. And they could just sort of escape in it."

Tom Bredemeier, a Chicago-area high school teacher, had more time on his hands thanks to online learning. The adjustment was hard work, but it eliminated his 90-minute commute.

So he spent more time outside and finally got into an interest of his for years — beekeeping.

I became a beekeeper. It’s the ultimate quarantine hobby! pic.twitter.com/MeRT75yG3V

"I had taken the course and I had read several books about it," he said. "And I just decided that I needed something to help take my mind off of all the stressors we were going through together as a global community."

Bredemeier ordered a kit and set up a place for the hive before having 3,000 bees delivered by UPS. Throughout the spring and summer, he would inspect the hive, observe changes and take notes. Or just pull up a chair and admire the bees at work.

"I just think there's everyday miracles that are right around us," Bredemeier said, "and it's up to us to wake up and pay attention and notice. Otherwise we'll miss it."

Marc Rivers contributed to this story for broadcast.