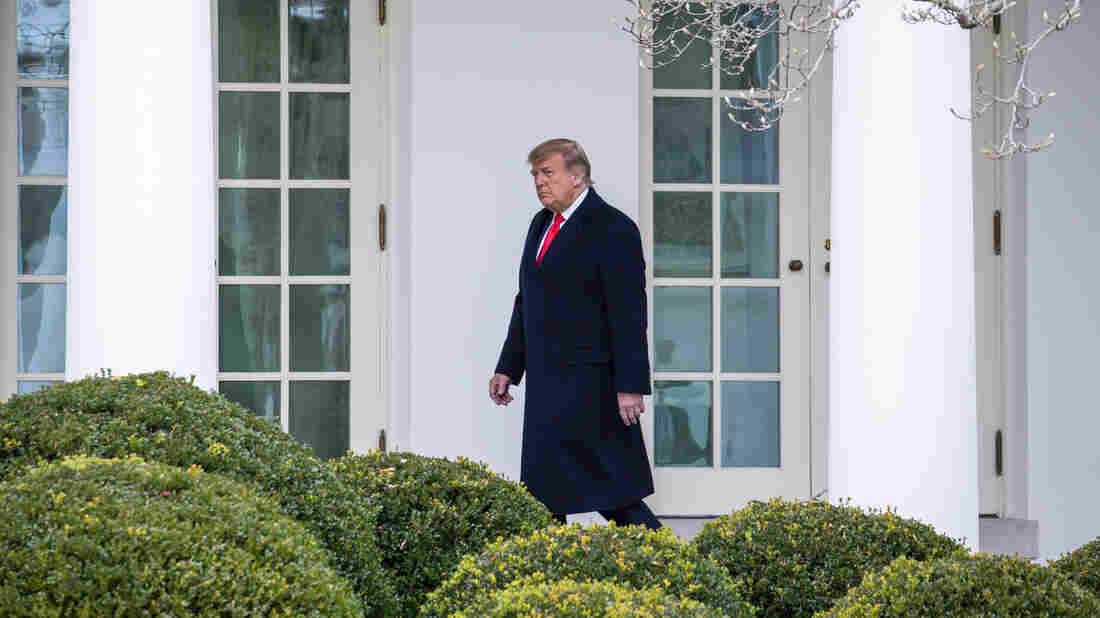 "You would be respected if this thing could be straightened out before [Tuesday's Senate runoff elections]," President Trump said to Georgia Secretary of State Brad Raffensperger, a fellow Republican, in a remarkable phone call Saturday. Tasos Katopodis/Getty Images hide caption 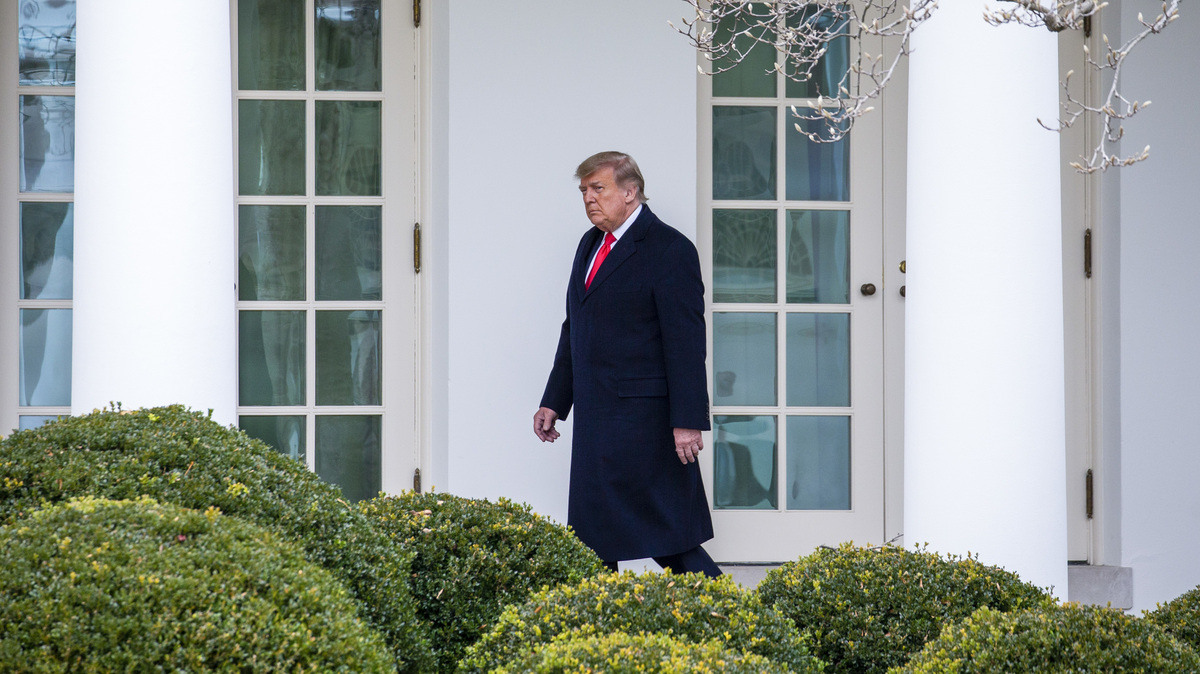 "You would be respected if this thing could be straightened out before [Tuesday's Senate runoff elections]," President Trump said to Georgia Secretary of State Brad Raffensperger, a fellow Republican, in a remarkable phone call Saturday.

An angry President Trump pushed Georgia Secretary of State Brad Raffensperger, a fellow Republican, to overturn the state's presidential election result and appeared to at least partly blame Raffensperger for what could be lower turnout in Tuesday's runoff elections, which will decide control of the U.S. Senate, according to a recording of a phone call obtained by Georgia Public Broadcasting.

"The people of Georgia know that this was a scam, and because of what you've done to the president, a lot of people aren't going out to vote [in the runoffs]," Trump said in the remarkable Saturday call. "A lot of Republicans are going to vote negative because they hate what you did to the president."

He added: "You would be respected if this thing could be straightened out before the election." Trump lost the state by nearly 12,000 votes to President-elect Joe Biden.

Ahead of Tuesday, advance turnout has lagged in heavily Republican parts of the state. Trump suggested Raffensperger was responsible for the drop in GOP enthusiasm, while the secretary of state has said the White House and state lawmakers spreading misinformation is to blame. 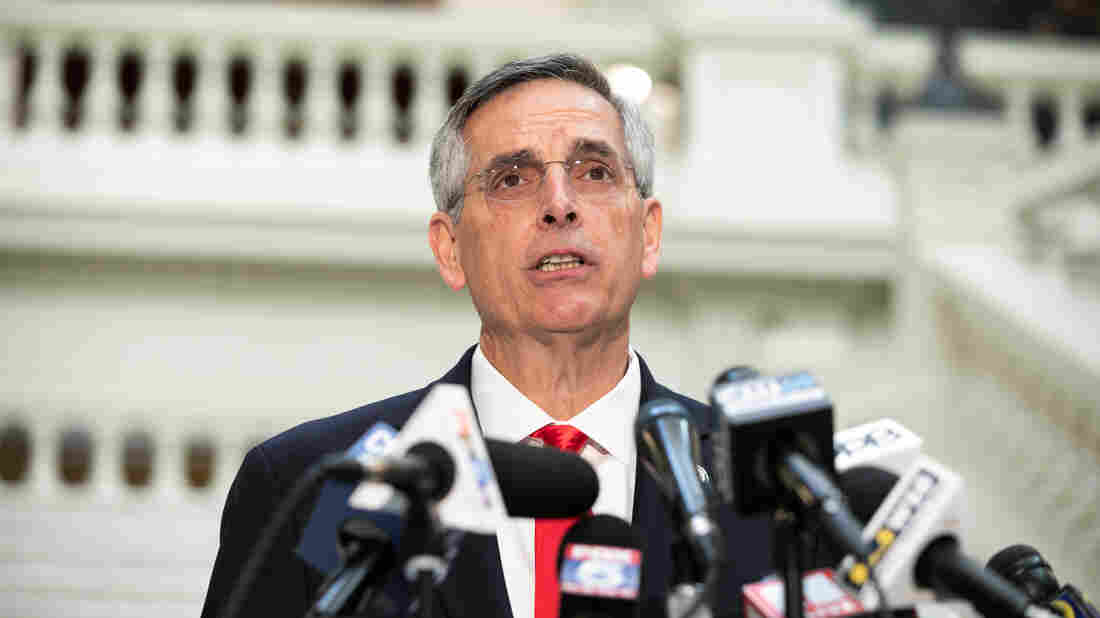 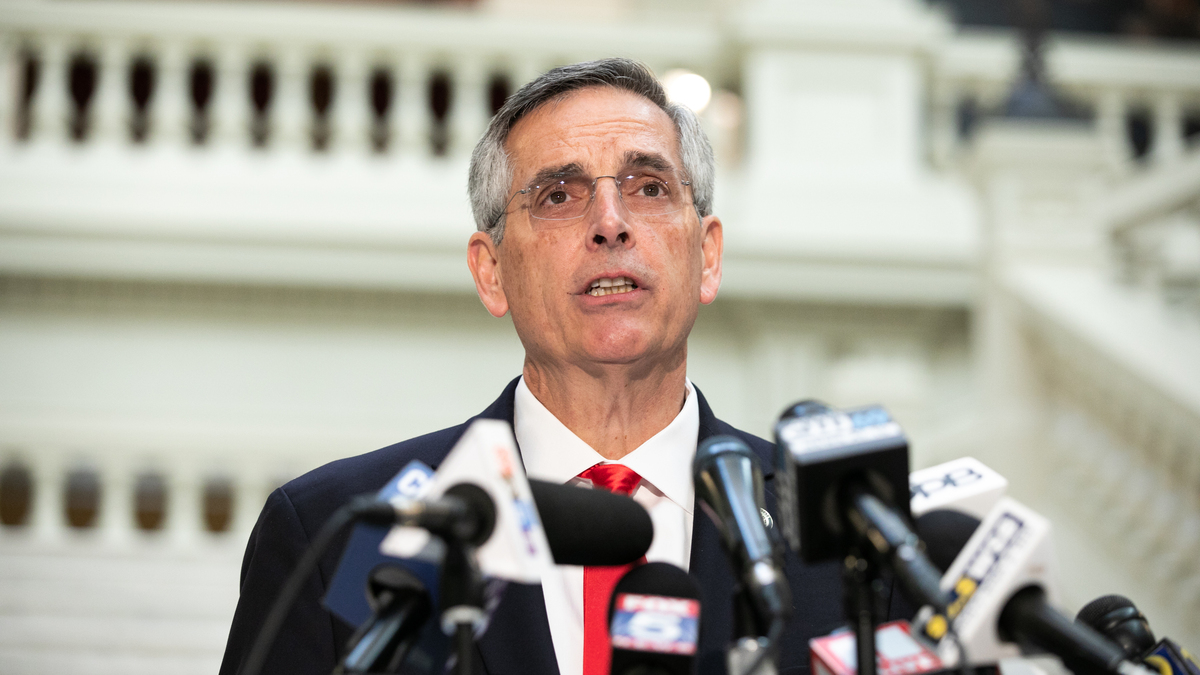 On Sunday morning, Trump railed against Raffensperger on social media, retweeting baseless claims of election fraud and stating that Georgia's top election official was "unwilling, or unable, to answer questions" about alleged election problems in the state.

But the audio recording of the hourlong call details that Raffensperger and representatives of the secretary of state's office continued to patiently knock down some of the more inflammatory claims made by Trump and other top Republicans who allege hundreds of thousands of votes were illegally counted.

"Well, Mr. President, the challenge that you have is the data you have is wrong," Raffensperger said at one point. "We have to stand by our numbers. We believe our numbers are right."

Mark Meadows, Trump's chief of staff, told Raffensperger he was hopeful that in a "spirit of cooperation and compromise" there would be some way to find a path forward to overturn Georgia's certified election results, which were confirmed by both a full hand audit and a machine recount.

"We don't agree that you have one," Raffensperger said.

An attorney for the secretary of state's office told the president on the call that state investigators, law enforcement and the courts looked into claims of illegal votes and found no evidence of widespread fraud that would overturn Trump's narrow loss.

But the president was undeterred.

"All I want to do is this: I just want to find 11,780 votes, which is one more than we have, because we won the state," Trump stated at one point. "Flipping the state is a great testament to our country. It's a testament that they can admit to a mistake. A lot of people think it wasn't a mistake, it was much more criminal than that. But it's a big problem in Georgia, and it's not a problem that's going away."

On Sunday evening, a member of the state election board called for an investigation into whether any part of the call constituted criminal behavior. David Worley, a senior Democrat on the board, wrote a letter to Raffensperger asking him to launch an investigation of the call "to determine whether violations of the provisions of the Official Code of Georgia Annotated which prohibit solicitation to commit election fraud have occurred." Worley said the election board could then determine whether there's a possible crime to refer to Georgia prosecutors.

The call, which was first reported by The Washington Post, reveals the extent to which the president knows minute details of claims of irregularities. Trump was fixated on the latest rumors that counties shredded ballots from the November general election, spurred on by dubious claims made in Georgia state legislative hearings.

"It doesn't pass the smell test, because we hear they're shredding thousands and thousands of ballots," Trump complained. A state official replied that an investigation showed no ballots were shredded, only old office supplies and other paper.

"You know, I don't even know why you have a side, because you should want to have an accurate election — and you're a Republican," Trump said.

The White House has not responded to a request for comment. Jason Miller, a Trump campaign adviser, wrote on Twitter that Raffensperger is a "hack" and that Trump "is spot-on in his criticisms of the terrible job Raffensperger did."

The call came days ahead of congressional certification of Biden's electoral victory. A number of Republican members of Congress have said they're going to object to the results, an effort that is poised to fail but that has the support of Vice President Pence.

Raffensperger was not the only target of Trump's ire. The president said that Republican Gov. Brian Kemp, who has also repeatedly refused to interfere with the election results, was working with the secretary of state to treat Georgians badly.

"Like a schmuck, I endorsed him and he got elected, but I will tell you, he is a disaster," Trump said of Kemp. "I can't imagine he's ever getting elected again, I'll tell you that much."

In recent weeks, Trump has openly called for former U.S. Rep. Doug Collins of Georgia to mount a primary challenge against Kemp.

At the end of the call, there was a renewed push to get Raffensperger to undo Georgia's results before Tuesday's Senate runoffs, with the president and Meadows asking the state to meet and turn over information that they purport could prove evidence of fraud. The secretary of state's attorney declined and pointed to numerous public explanations that debunk those claims.

Still, Trump was confident the outcome would change in his favor, despite all evidence pointing to the contrary.

"Everyone's going to look very good if the truth comes out," Trump said. "And the real truth is I won by 400,000 votes at least. That's the real truth."

On Monday night, the president will hold a rally for Perdue and Loeffler in Dalton, Ga. He indicated on the call that he will continue to air his unproven grievances there — a closing message that could hurt turnout in what are likely to be close races.

"The people of Georgia are angry, and these numbers are going to be repeated on Monday night, along with others that we're going to have by that time, which are much more substantial," Trump claimed.