Democrats Win 1 Of 2 Georgia Races, With Senate Control In Sight

Democrats Win 1 Of 2 Georgia Races, With Senate Control In Sight 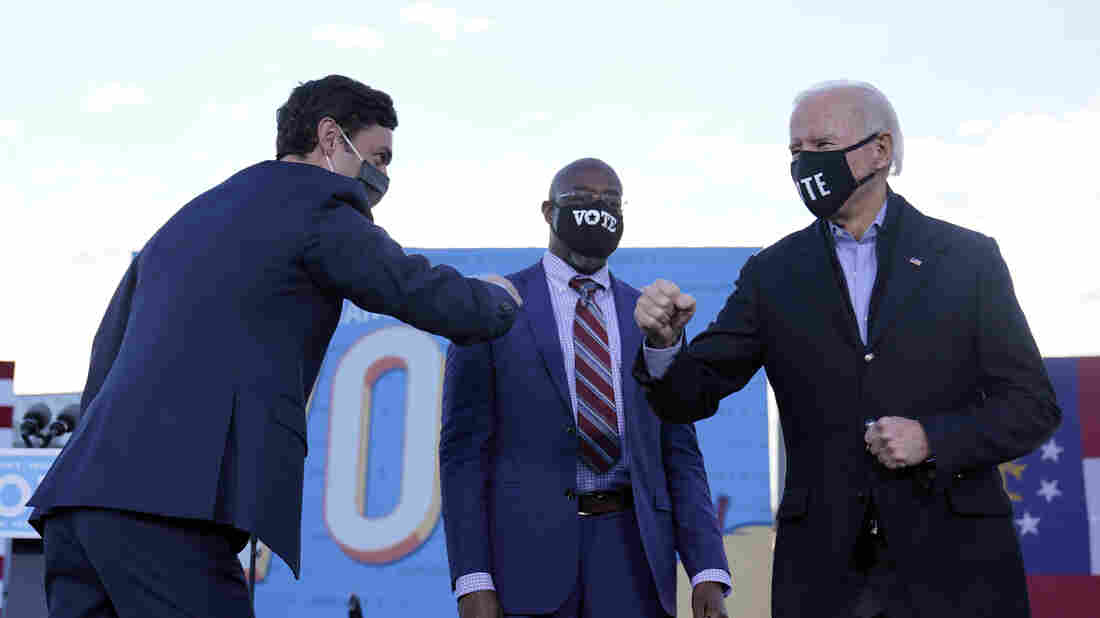 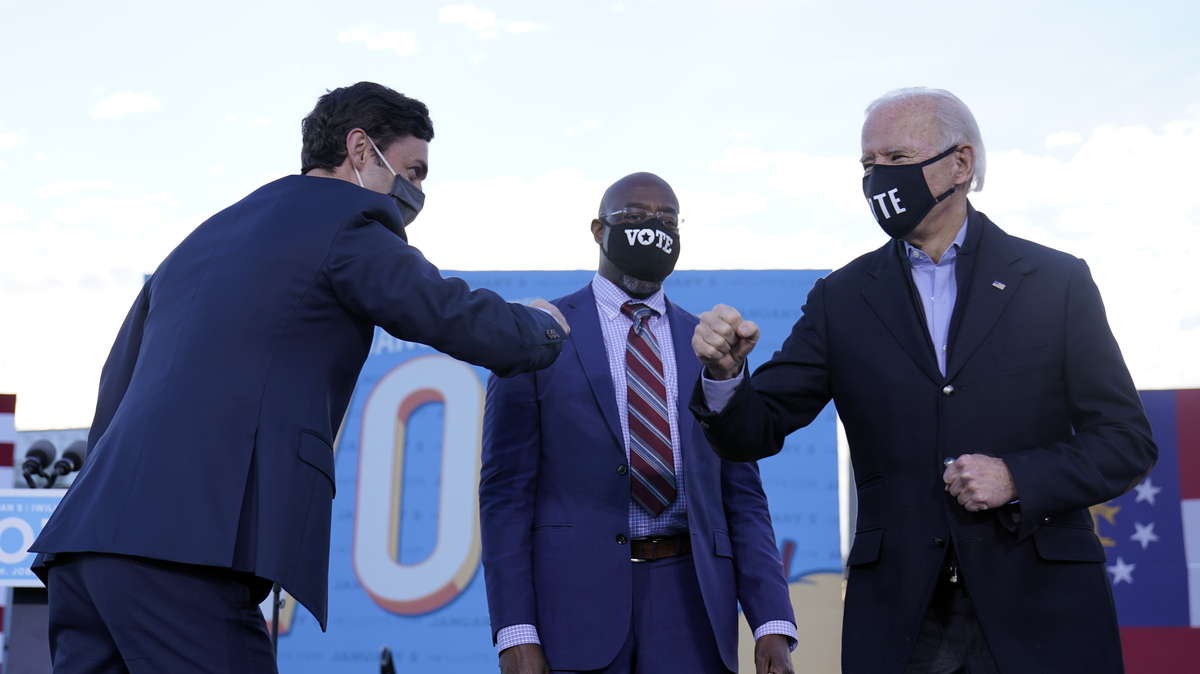 Democrats are hopeful about possibly taking total control of Washington after the Associated Press projected that the party had picked up one of two Georgia Senate seats early Wednesday morning.

The Senate runoff elections in Georgia on Tuesday were set to decide which party will hold the majority in the upper chamber, with Democrats already winning the presidency and holding a slim House majority.

Rev. Raphael Warnock defeated Republican Kelly Loeffler, according to the AP, holding a lead of more than 40,000 votes around 2 a.m. Wednesday, which is outside the 0.5 percentage point margin that would allow Loeffler to request a recount.

In the other race, Democratic challenger Jon Ossoff had taken a slight lead in the overnight hours in his race against Republican David Perdue, who is seeking a second term, but the race remained well within the recount margin and too close to call. However, much of the remaining vote is in Democratic-leaning areas.

"We were told that we couldn't win this election," said Warnock, the pastor at the famed Ebenezer Baptist Church in Atlanta. "But tonight we proved that with hope, hard work and the people by our side, anything is possible."

Loeffler, meanwhile, claimed she still could win before Warnock spoke and news organizations called the race.

"We have a path to victory," she said, "and we're staying on it." She added, "We're going to win this election."

Ossoff's campaign manager Ellen Foster sounded confident early Wednesday, saying in a statement: "When all the votes are counted we fully expect that Jon Ossoff will have won this election."

Brad Raffensperger, the Georgia secretary of state, said on CNN late Tuesday he believed the total amount of votes cast was more than 4.5 million, and it was "very close." He said he expected poll workers to take a break and provide more results on Wednesday morning.

One area that reported late on Tuesday was DeKalb County, a suburban area outside Atlanta, where Democrats began seeing that their effort to bank significant support in early voting helped boost gains, especially for Warnock. 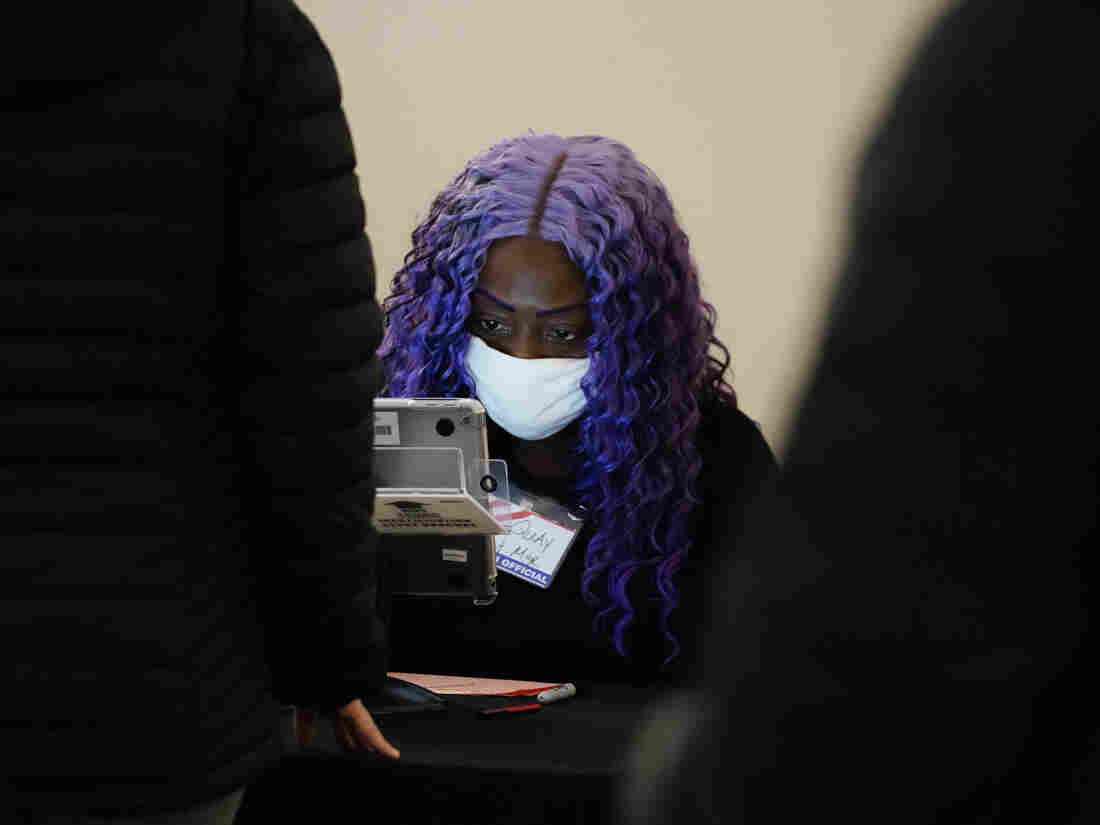 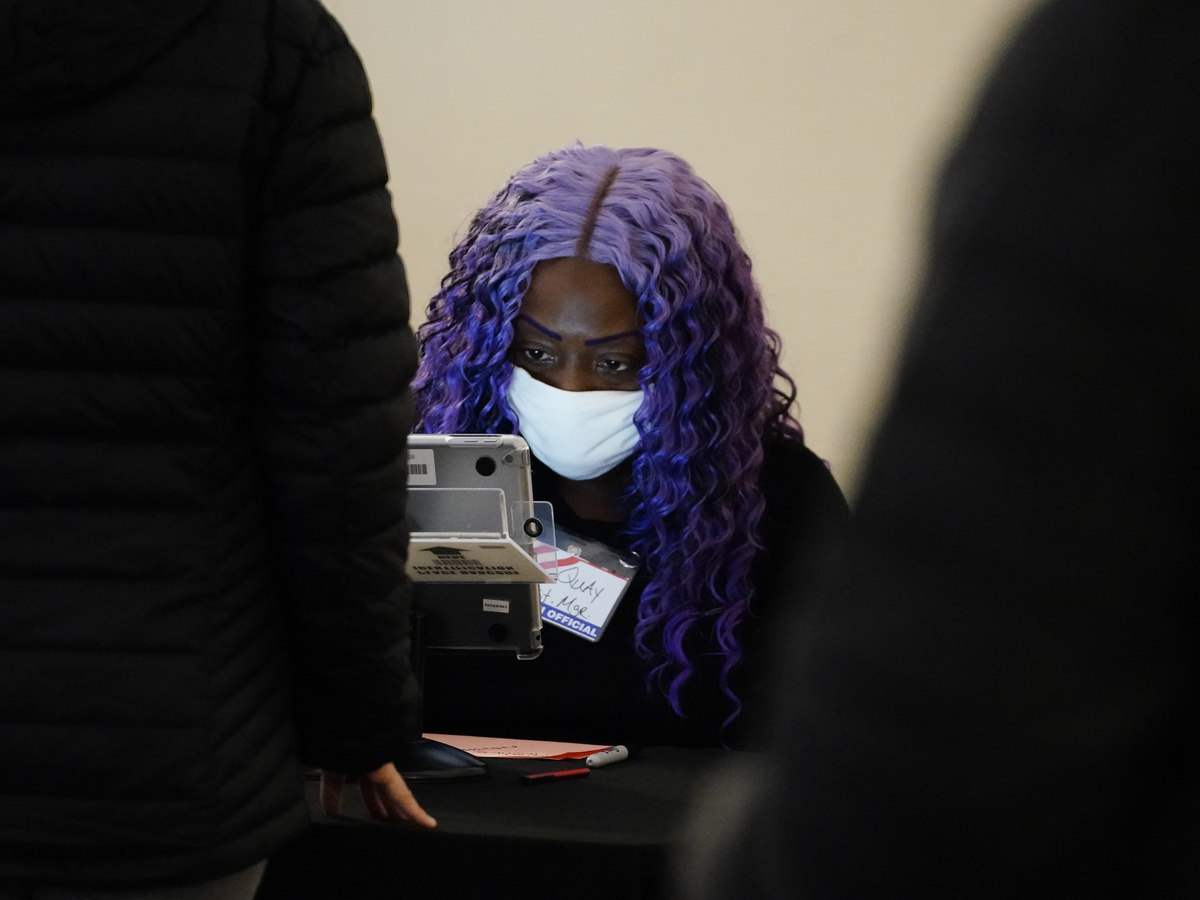 A poll worker registers voters before they cast their ballot in Georgia's Senate runoff elections Tuesday in Atlanta.

With Democrats keeping control of the House of Representatives and President-elect Joe Biden slated to be sworn in on Jan. 20, the results of Tuesday's election will shape how much Biden will be able to steer his party's agenda through a Congress with razor-thin margins on both sides of the Capitol.

Democrats need to win both contests to take control of the Senate from the Republicans, who currently hold the edge after fighting off a series of tough challenges to GOP incumbents in 2020. If the Democratic candidates pull off victories in both races, soon-to-be Vice President Kamala Harris would break the tie in a 50-50 Senate, and Democrats would control committees and the floor schedule, with Sen. Chuck Schumer, D-N.Y., installed as the majority leader.

But if Perdue holds on in his race, Senate Majority Leader Mitch McConnell, R-Ky., will continue to preside over a Republican Senate and make Biden's ability to confirm his Cabinet nominees and get his legislative priorities through a divided Congress much more difficult.

Hundreds of millions of dollars have poured into Georgia for ads on the airwaves over the last two months, and top surrogates from both parties have traversed the Peach State while the coronavirus pandemic is still surging.

Both Trump and Biden traveled to Georgia the day before the election to rally their supporters to turn out, but already the state's early vote numbers show that voters are engaged at a level unusual when compared with previous runoff elections.

But in the final stretch of the campaign, Trump's continued fight about his own loss in Georgia in November remains his chief focus — ahead of making the case for the GOP candidates and the importance of Senate control.

He has touted false claims and, in a stunning one-hour phone call with Raffensperger on Saturday, pressed him to overturn the results of that election. Audio of that call has put GOP lawmakers in the awkward position of answering questions about the legality of the discussion initiated by the president at a time when they want to mobilize supporters.

Trump's assertions without any evidence that there was widespread fraud have undermined the Republican base's faith in the electoral process, prompting GOP leaders and supporters to openly worry that many voters may decide to stay home. As the polls closed and results showed Democrats were outperforming their margins from the November election their concerns about the president's focus appeared to show those concerns were spot on.

In Monday's rally, Trump repeated those claims. "They're not going to take the White House. We're going to fight like hell," he said. "When you win in a landslide and they steal it and it's rigged, it's not acceptable."

Vice President Pence, who also stumped for Perdue and Loeffler on Monday, said of the runoff elections, "The very future of the republic is on the line." He referenced the efforts coming later this week on Capitol Hill by some GOP lawmakers to block final certification of the electoral votes, but he pressed supporters to show up at the polls.

"I know we all have got our doubts about the last election. I want to assure you that I share the concerns of millions of Americans about voting irregularities. I promise you, come this Wednesday we will have our day in Congress. ... Tomorrow is Georgia's day."

Biden, appearing at a rally with Ossoff and Warnock in Atlanta on Monday evening, said, "Georgia, the whole nation is looking to you." Biden linked electing the two Democrats to his ability as president to get additional coronavirus relief through Congress.