Accessibility links
New DOJ Leadership Will Inherit Julian Assange Case And Others Zachary Terwilliger told NPR he isn't sure whether the Justice Department will continue trying to extradite after a defeat in court. Terwilliger, meanwhile, is set to hang up his U.S. flag pin. 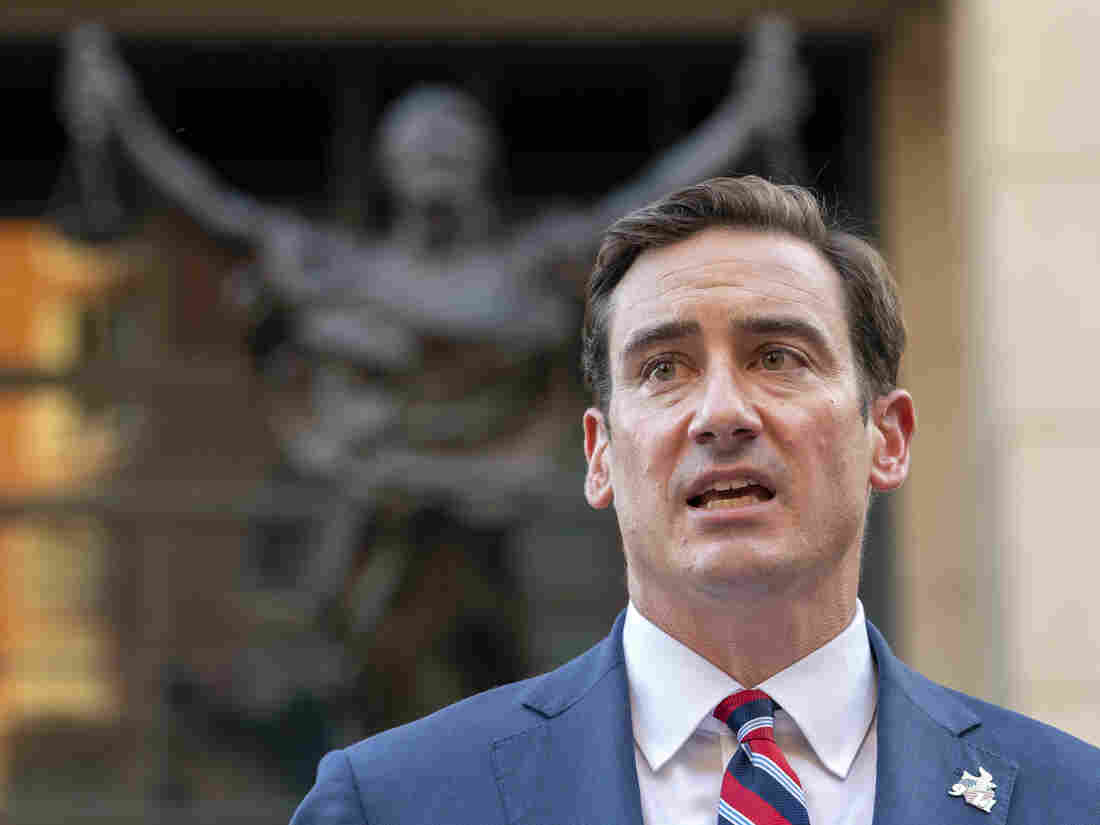 U.S. Attorney for the Eastern District of Virginia Zachary Terwilliger, shown outside the federal courthouse in Alexandria, Va., in October, is headed into private practice. Jacquelyn Martin/AP hide caption 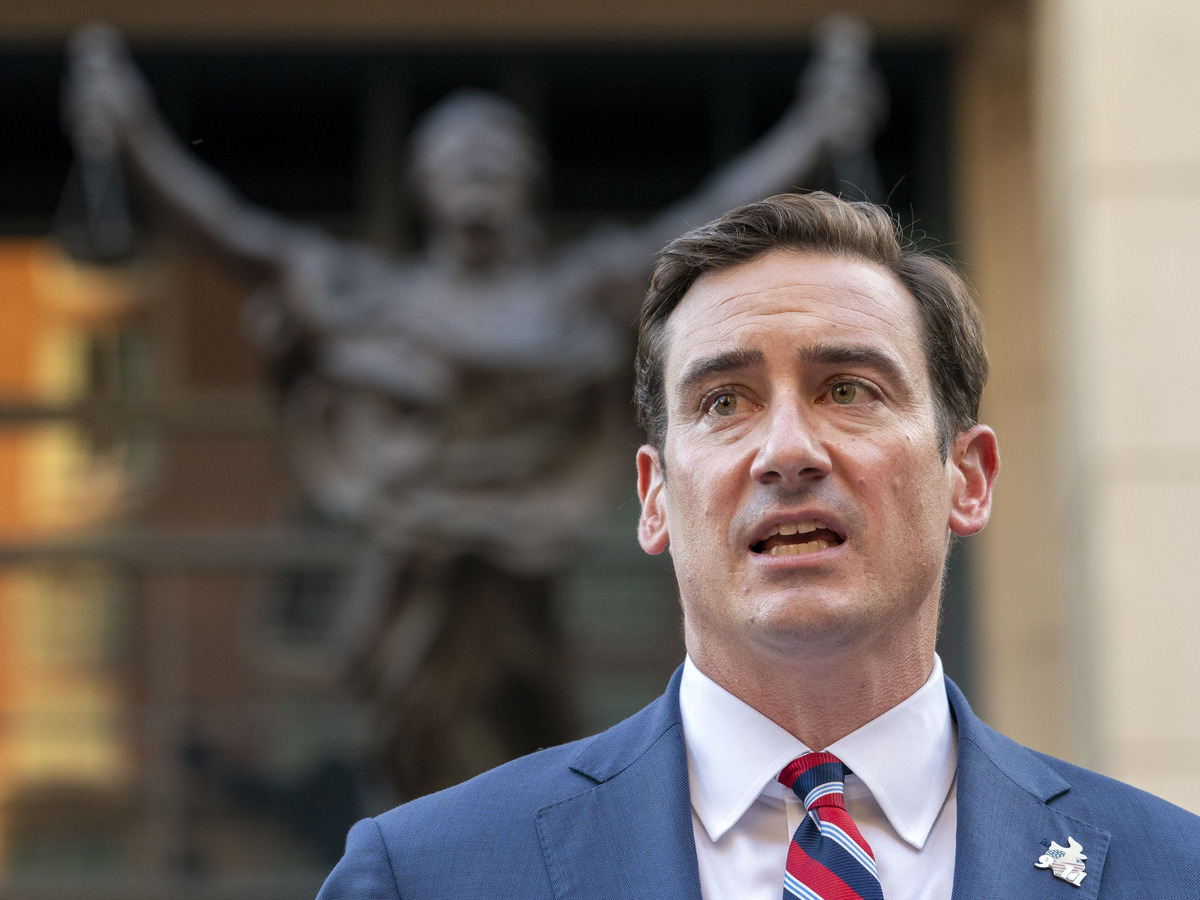 U.S. Attorney for the Eastern District of Virginia Zachary Terwilliger, shown outside the federal courthouse in Alexandria, Va., in October, is headed into private practice.

The federal prosecutor seeking to try WikiLeaks founder Julian Assange on Espionage Act charges said he's uncertain about whether the administration of President-elect Joe Biden would continue the extradition effort.

Zachary Terwilliger, the U.S. attorney for the Eastern District of Virginia, pointed out that the Assange case had already consumed years of work by line prosecutors and other officials. A judge in the United Kingdom dealt American prosecutors a blow Monday by rejecting their efforts to transfer Assange to the United States, citing his mental health troubles.

The Justice Department pledged that it would appeal — a process that could drag on for months, if not longer.

That means the issue of how to handle Assange, accused in one of the largest compromises of classified information in history, will be one of many questions for the new leadership team at the Justice Department.

"It will be very interesting to see what happens with this case," Terwilliger said. "There'll be some decisions to be made. Some of this does come down to resources and where you're going to focus your energies."

For its part, the Biden transition didn't comment directly on what position it would take in the Assange matter. But a spokesperson pointed out that Biden has called for an independent Justice Department in his administration.

Terwilliger spoke to NPR on one of his final days in government service. Later this month, he's set to join the law firm Vinson & Elkins. Terwilliger, 39, will beef up the firm's white collar crime practice, after spending his entire career --a dozen years — on the other side of the courtroom as a career prosecutor and political appointee at the Justice Department.

Terwilliger's district in Alexandria, Va., just across the river from Washington, is one of the most dynamic operations in the Justice Department and his tenure as U.S. attorney largely centered on terrorism and national security cases.

Last year, his office brought two British-born men dubbed "the Beatles" to Virginia for their role in abducting and beheading American and European hostages overseas.

Alexanda Amon Kotey and El Shafee Elsheikh are awaiting trial and in his interview, Terwilliger notes they are innocent until proven guilty. Their arrival in the U.S. in October 2020 followed months of sensitive diplomatic contacts and a promise by the Justice Department not to seek the death penalty so as to assuage the objections of foreign governments.

"It went from a hope and a desire and a plan to an actuality," Terwilliger told NPR. The men arrived just before coronavirus cases spiked in Virginia, which could delay their court proceedings this year.

Another aspect of his work that will continue in 2021 is fraud prosecutions related to the COVID-19 pandemic. Terwilliger partnered with inspectors general and the new pandemic watchdog, whose office is just yards away.

Another fraud case, against Javaid Perwaiz, is probably the most complex one of his tenure, he said. A jury convicted Perwaiz, an obstetrician-gynecologist, of performing medically unnecessary hysterectomies and overbilling private and government insurance by millions of dollars.

Terwilliger also played a role in sharing information among the nation's U.S. attorneys and Justice Department headquarters last summer, after the deaths of George Floyd and Breonna Taylor at the hands of police ignited national protests.

As Terwilliger recalled it, he was playing in the backyard with his son on a Saturday morning when he got a call from DOJ leaders who told him to put on a suit and come to Washington. He stayed there for 12 days, sleeping in an office and showering at the Justice Department command center.

Terwilliger said he wasn't involved in the violent clearing of a largely peaceful crowd in D.C.'s Lafayette Square before President Trump conducted a photo opportunity nearby.

Instead, he said, he passed requests for information and assistance from law enforcement in other cities back to the Justice Department: getting arson investigators on the scene to examine police cars hit by Molotov cocktails; speeding up the arrival of U.S. Marshals deputies sent to protect courthouses, and the like.

"If you have a show of force early, you can prevent a lot of violence and property damage," he said.

With less than two weeks left on the job, Terwilliger said he's getting used to the idea of life away from the Justice Department. It may feel strange, he said, to take off his flag lapel pin for the last time Jan. 15.