Accessibility links
Legendary Climber And Conservationist George Whitmore Dies At 89 Whitmore died from complications from COVID-19, according to his wife. The storied climber helped make history as part of the team who first climbed Yosemite's El Capitan. 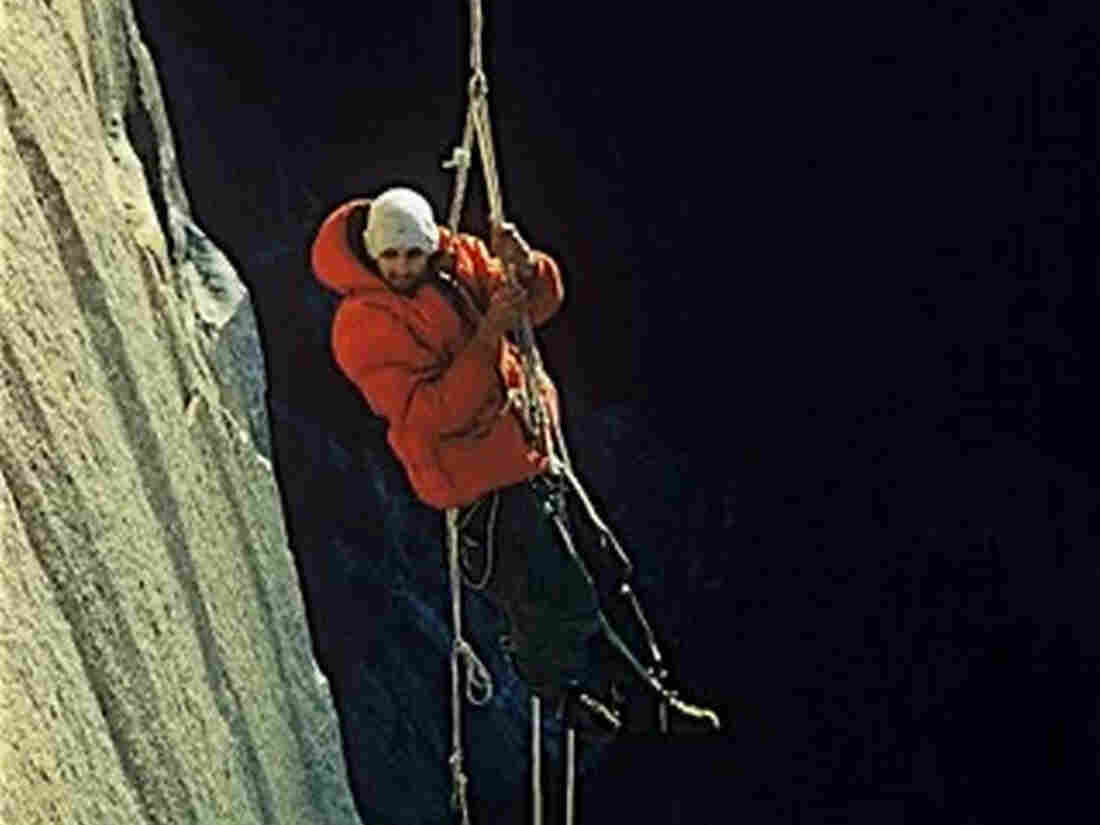 This photo by climbing partner Wayne Merry and provided by the Whitmore Family Trust shows George Whitmore dangling off an outcropping during the historic first ascent of El Capitan in Yosemite National Park in 1958. Wayne Merry/AP hide caption 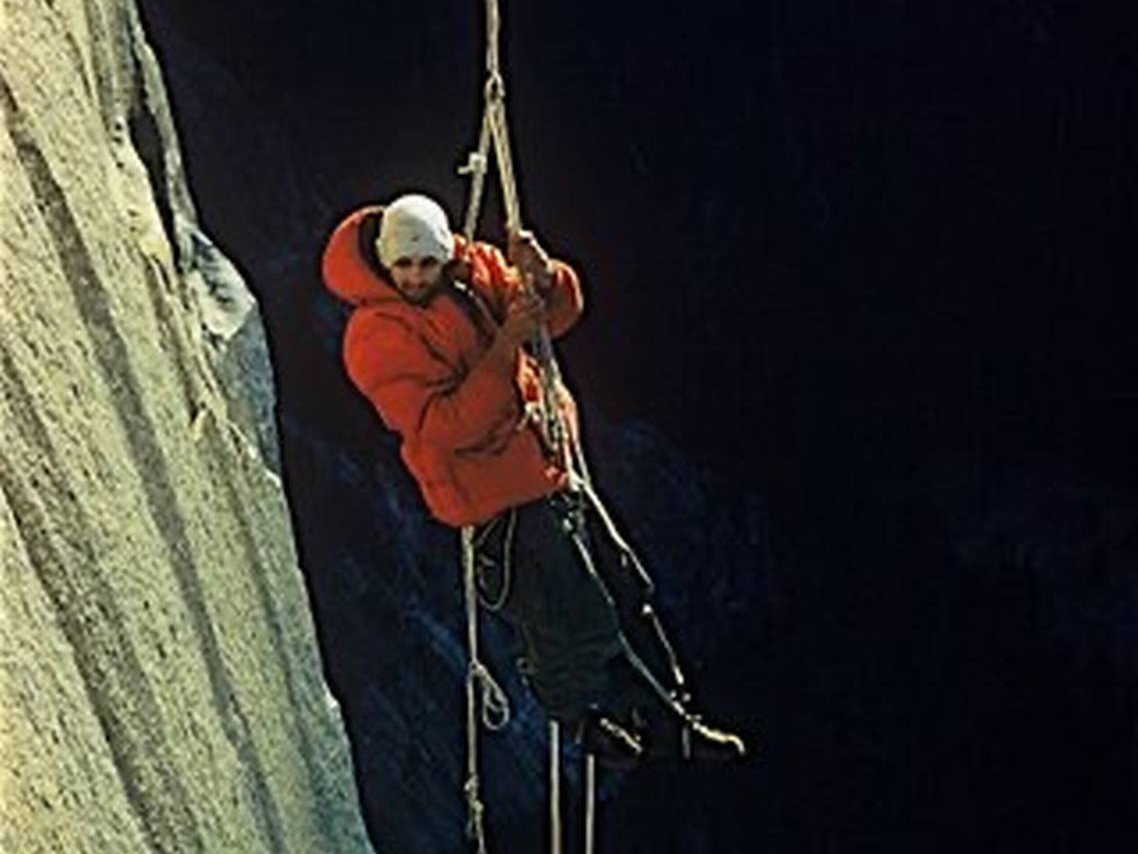 This photo by climbing partner Wayne Merry and provided by the Whitmore Family Trust shows George Whitmore dangling off an outcropping during the historic first ascent of El Capitan in Yosemite National Park in 1958.

He was the last surviving member of the first climbing team to scale El Capitan in Yosemite National Park. And he spent his life fighting for conservation, protecting the Sierra Nevada in California.

But on New Year's Day, famed climber George Whitmore passed away at 89 due to COVID-19 complications, his wife Nancy told NPR.

Whitmore was one of the three-man team of climbers who were the first to reach the top of El Capitan in 1958 — carving a path known as "The Nose."

The trio spent 45 days fixing pitches on a course more than 3,000 feet high. They used siege tactics to link established camps, coming down for school and work. But then they launched a 12-day final push, which they completed on November 12, 1958, at 6 a.m. Reaching the top was a feat considered near impossible at the time.

"It's really like walking on the moon," author and climber John Long said of the climb in a 2018 WBUR interview. "There's certain things that happen that ... are seminal events. Not just for climbers or surfers or astronauts, but for all mankind. And that was one of 'em. It revolutionized what everybody thought was possible."

George never bragged about his accomplishments, but he was kind to all, Nancy Whitmore said.

"He was very humble, I would say. He never mentioned the things that he'd done unless somebody asked," she said. "He didn't go around and say, 'Oh, I was the first person to climb The Nose of El Capitan.' "

But if you really asked George, his greatest accomplishment wasn't the storied climb up El Capitan, his wife said. It would be the decades he spent advocating for conservation. 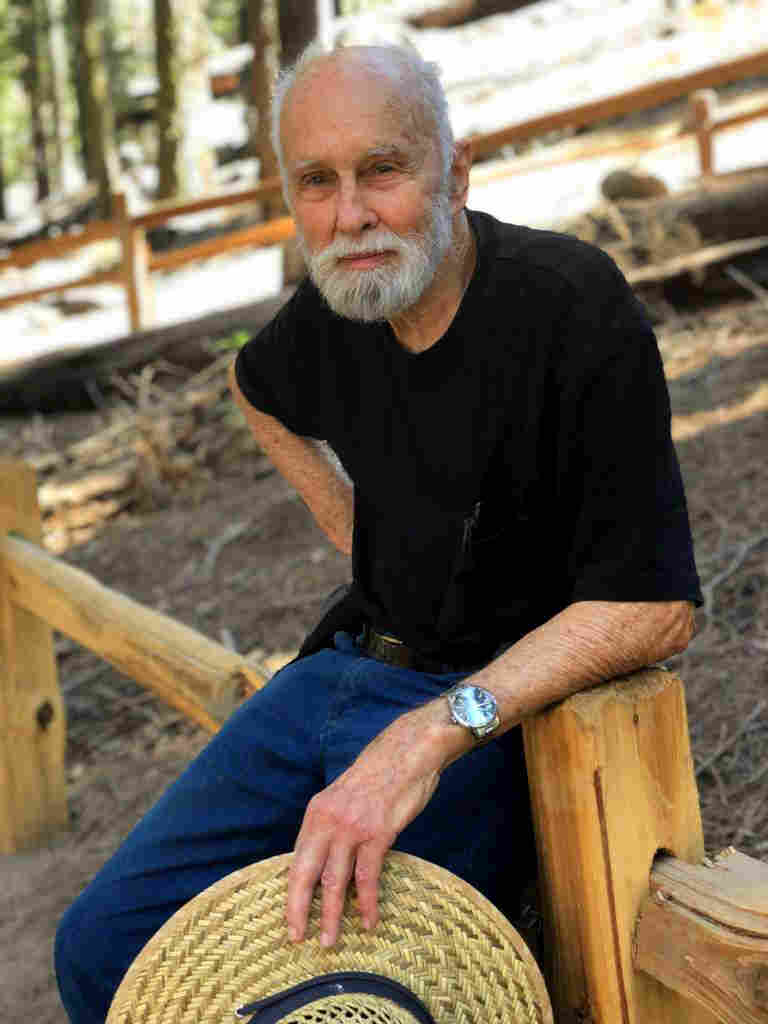 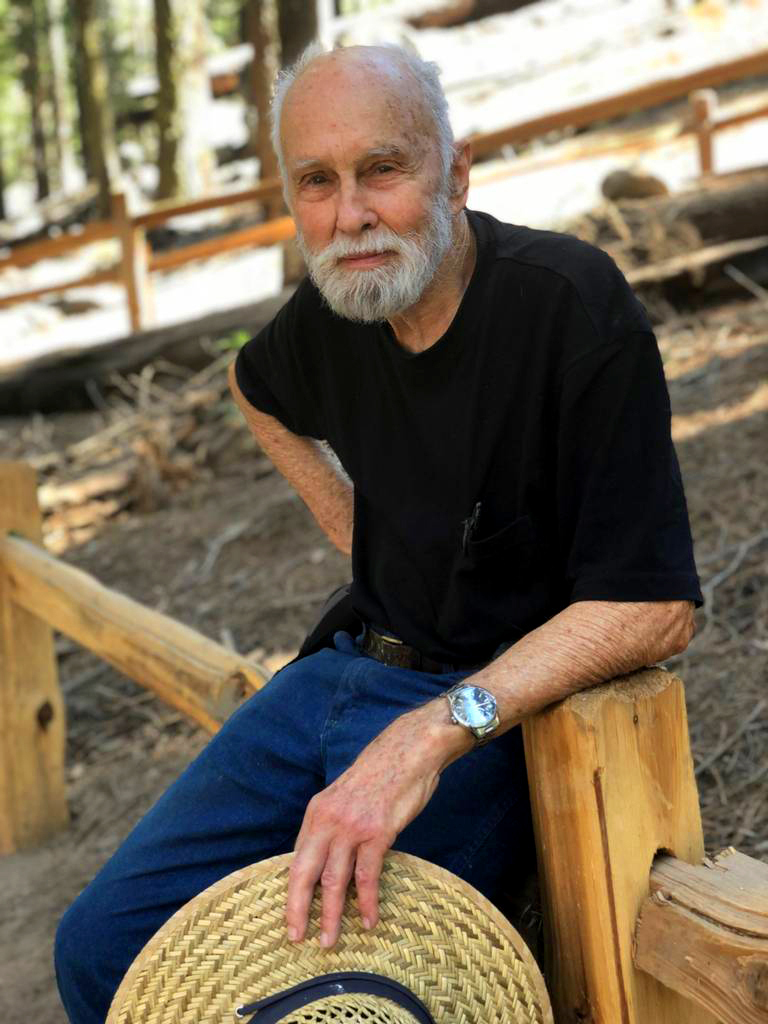 Whitmore helped establish the Kaiser Wilderness — a protected area located 70 miles northeast of Fresno — in 1976, according to the Associated Press. He also helped bring the California Wilderness Act of 1984 into fruition, adding 1.8 million acres into the National Wilderness Preservation System.

He also helped block projects that would disrupt nature, such as dams or proposed highways.

Whitmore was a part of efforts by the Sierra Club and other preservationists to prevent The Walt Disney Company from developing a proposed ski resort at Mineral King in the 1960s and '70s, AP reported. The project was halted, and the site became part of Sequoia National Park.

He often weighed in on development in the area and spoke to lawmakers about conservation, his wife said.

"The congressional staff people learned to trust him because they knew that he would not just say something off the top of his head. And if he didn't know, he would say, 'I don't know and I'll find out,' " she said. "But mostly he knew exactly what he was talking about. He was amazing that way."

Whitmore and his wife met at a Sierra Club hike and later married in 1979. Nancy, 76, described her husband as non-judgmental, a hard worker and kind to all. And before contracting the virus, she said he never slowed down.

"He enjoyed life to the fullest," she said. "Everybody just loved him."

His wife said Whitmore battled cancer for a number of years and was careful to follow COVID-19 safety guidelines and wear a mask. His family has no idea how he contracted the virus, she says.

His mother lived to be to 100, Nancy Whitmore said. If he hadn't contracted the coronavirus, she believes he might've made it to being a century old, too.

"I hope — and he hoped — that people recognize all the work that he did for saving the areas in the Sierra Nevada that he loved," she said.

"He was a climber but that was secondary," she added. "His love of the wilderness is the most important legacy that he has."