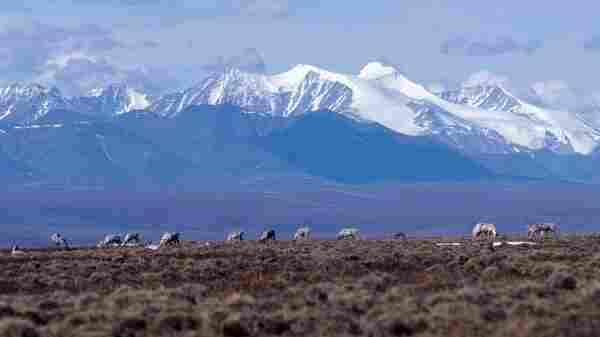 Caribou graze on the coastal plain of the Arctic National Wildlife Refuge. The Trump administration has held the first oil lease sale in the refuge. U.S. Fish and Wildlife Service hide caption 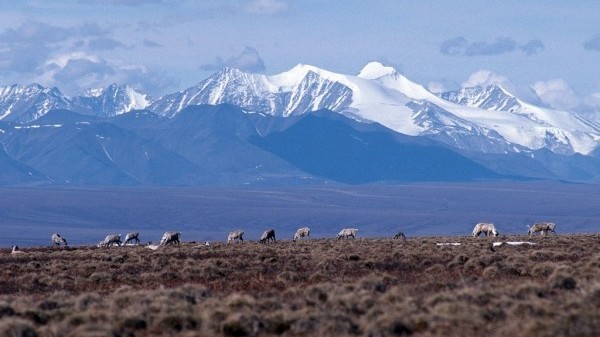 Caribou graze on the coastal plain of the Arctic National Wildlife Refuge. The Trump administration has held the first oil lease sale in the refuge.

One of the Trump administration's biggest environmental rollbacks suffered a stunning setback Wednesday, as a decades-long push to drill for oil in Alaska's Arctic National Wildlife Refuge ended with a lease sale that attracted just three bidders — one of which was the state of Alaska itself.

Alaska's state-owned economic development corporation was the only bidder on nine of the parcels offered for lease in the northernmost swath of the refuge, known as the coastal plain. Two small companies also each picked up a single parcel.

Half of the offered leases drew no bids at all.

"They held the lease in ANWR — that is history-making. That will be recorded in the history books and people will talk about it," said Larry Persily, a longtime observer of the oil and gas industry in Alaska . "But no one showed up."

The sale generated a tiny fraction of the revenue it was projected to raise.

It was a striking moment in a 40-year fight over drilling in the coastal plain, an area that's home to migrating caribou, polar bears, birds and other wildlife. It also potentially sits atop billions of barrels of oil, according to federal estimates.

But amid a global recession, low oil prices and an aggressive pressure campaign against leasing by drilling opponents, oil analysts have for months been predicting little interest in the sale.

Persily took the sale as evidence that while drilling in the refuge remains a long-held dream of some politicians, it is no longer treasured by oil companies.

"It was, in the oil industry terms, a dry hole. A bust," he said. "They had the lease sale, the administration can feel good about it, but no one's going to see any oil coming out of ANWR."

Even Kara Moriarty, head of the Alaska Oil and Gas Association, acknowledged that the sale results weren't as "robust" as expected. But she said the industry still supports future access to the coastal plain.

"Today's sale reflects the brutal economic realities the oil and gas industry continues to face after the unprecedented events of 2020, coupled with ongoing regulatory uncertainty," she said in a statement.

The lease sale raised a total of $14.4 million in bids, according to the Bureau of Land Management, the federal agency that held the sale. Nearly all of that came from Alaska's state-owned economic development corporation, the Alaska Industrial Development and Export Authority.

Half of the cash will go to the federal government, and half will go back to the state of Alaska. 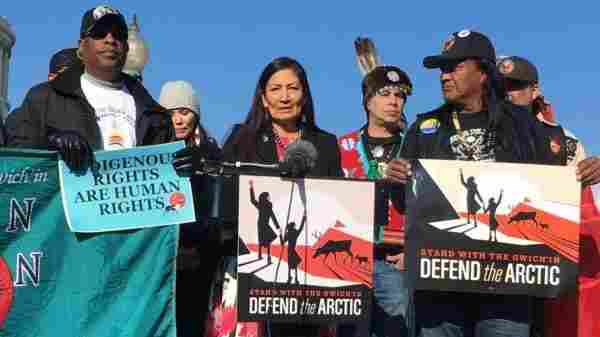 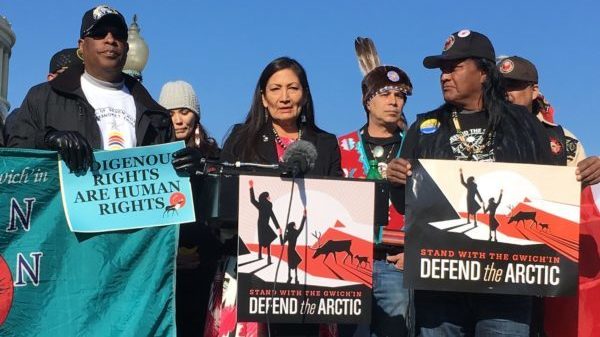 Rep. Deb Haaland at a 2018 rally in Washington, D.C., to oppose drilling in the Arctic National Wildlife Refuge. President-elect Joe Biden has tapped Haaland to lead the Department of the Interior.

The amount raised is nowhere near what was projected when a Republican-led Congress officially opened the coastal plain to drilling in 2017 as part of the Tax Cuts and Jobs Act. The bill ordered two lease sales, the first by the end of this year, with the revenue aimed at offsetting massive tax cuts.

Despite the lack of industry interest, Alaska's Congressional delegation applauded the sale on Wednesday, and so did officials with the Bureau of Land Management, describing it as historic and a success.

Opponents had a different reaction.

"I laughed out loud. It was a joke. A joke to the American people," said Desirée Sorenson-Groves, director of the Arctic Refuge Defense Campaign.

"I'll tell you, I have a message to those who bid today, there were only three. But here's the message: 'You will never ever drill in the Arctic Refuge. We'll stop you.'"

The land that received no bids on Wednesday will not be leased in this sale.

Of the two small companies that did win leases, one is Regenerate Alaska, a subsidiary of Australia-based 88 Energy. The other is Knik Arm Services, a small Alaska company managed by an investor named Mark Graber.

The state-owned entity which dominated the sale, has never held federal oil leases before.

But Alaska politicians, including former Republican Gov. Frank Murkowski, recently pushed the state to bid, citing the lack of industry interest. Murkowski, in an interview Wednesday, said he expects the corporation to eventually partner with companies to do the actual drilling.

"We'll see how good an investment it is when we see what the interest is from some companies to negotiate," he said.

The oil leases are still not finalized.

That process, which includes an anti-trust review by the U.S. Department of Justice, typically takes about two months. But the Trump administration is expected to rush to issue the leases formally before the president leaves office in two weeks.

Even if it succeeds, additional oil leasing and drilling in the refuge will face headwinds, said U.S. Rep. Jared Huffman, D-Calif., a longtime drilling opponent.

He said his next step will be pushing for "permanent protection" for the Arctic refuge. He's likely to have support from a Biden administration. The president-elect and his appointee to lead the Interior Department have both said they oppose drilling there, and Georgia's run-off elections give Democrats control of the Senate along with the House.

Huffman said he's open to a compromise with drilling boosters — from the state of Alaska to Indigenous Iñupiaq leaders in Kaktovik, the only community inside the refuge's boundaries — that would provide them with alternative paths toward economic development.

"We're not hostile to taking care of the interests here, and helping put folks on a path of economic development that makes sense and that's sustainable," Huffman said.

Roger Herrera, a retired BP executive and longtime lobbyist for an Alaska group that pushed Congress to open the refuge, said he was "hugely disappointed" in the results of the sale.