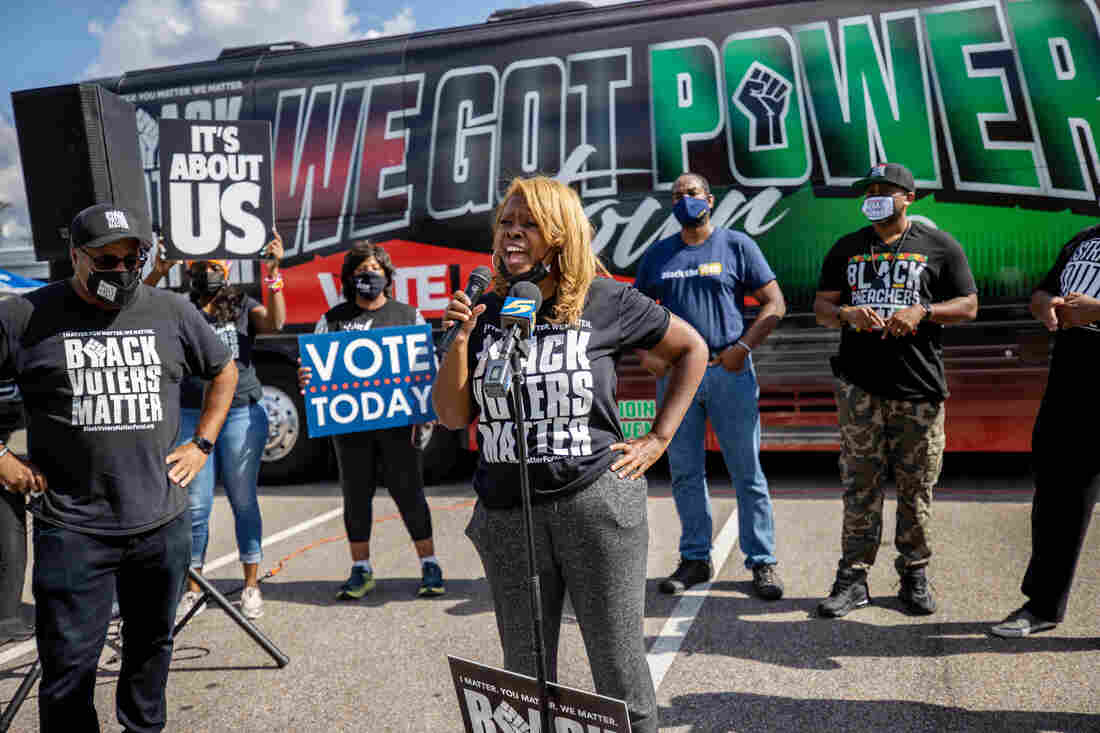 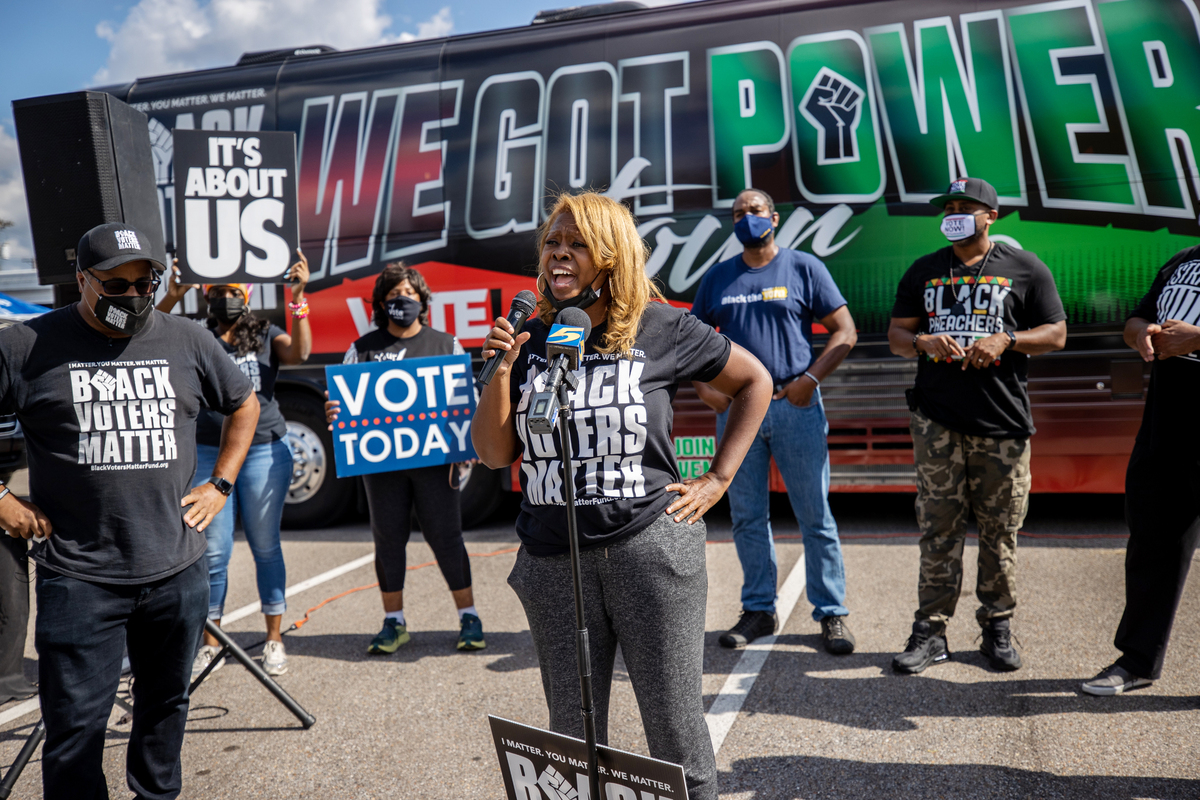 In the 2020 election, more than 1 million African Americans cast ballots in Georgia. Since November, organizations such as the New Georgia Project and Black Voters Matter have worked to bring out even more voters for the state's U.S. Senate runoff elections on Tuesday.

In one of those races, Democrat Raphael Warnock, a pastor from Atlanta, defeated Republican Sen. Kelly Loeffler. He becomes the first Black Democrat elected to the Senate from a Southern state. In the other race, Democrat Jon Ossoff won a tight runoff against Republican David Perdue. The two wins give Democrats control of the U.S. Senate for the first time since 2015.

'Welcome To The New Georgia': Raphael Warnock On His Win In Senate Runoff

One of the people behind the historic turnout that helped propel Democrats to victory in Georgia is LaTosha Brown, who together with Cliff Albright, founded Black Voters Matter in 2016.

"This has been such a tough, tough year for this country and a particularly tough year for Black people, from seeing the police shootings of unarmed men and women, from the COVID-19, how it's disproportionately impacting our community, to see this blatant open racism that [President] Trump has been propagating," Brown said in an interview Wednesday with NPR's All Things Considered.

Against that backdrop, Brown said she was elated "to see Black voters come out in record numbers in spite of all of those things and, to add a cherry on top, in spite of voter suppression" — to be on "the vanguard of democracy" and to "open up a new way of thinking about the political landscape" in Georgia and the country as a whole.

In an interview with All Things Considered, Brown discussed what the election results mean for Black voters and for politics in Georgia and beyond.

On what has changed since the November elections

I think it's quite simple. I mean, I think the name of my organization says it all. It's three words: Black Voters Matter.

And I think that after we saw a state like Georgia, that had been solid Republican, flip in November, I think it opened up an avenue for people to see what was possible, that it was no longer a question or a debate whether Black voters, in fact, matter. People felt a sense of momentum, that part of that win opened up this space around what would be possible. ... We wanted people, we wanted Black voters in particular, to feel a sense of their power and their agency, and in spite of all odds, what we could do in pushing this country forward.

How Georgia Turned From Red To Purple

On whether the election results are Stacey Abrams' revenge

I don't know if I see it as the revenge of Stacey Abrams. I see it as poetic justice. That here it is, in 2018, this election that she literally energized and worked hard and really was able to bring together a multiracial, multigenerational coalition. ...

And quite frankly, those of us who were doing work on the ground with this excitement and energy, we're very confident that that race was stolen from her. It was taken from her.

And so instead of her moving from a space of spite and revenge, as Donald Trump moved, she did something very different. She operated in a sense of integrity. She redirected her energy, and she actually went deeper. So what I think happened is more so than seeing it as revenge, I see it as poetic justice.

Can Black Voters Deliver Democrats A Victory In Georgia Runoffs?

Can Black Voters Deliver Democrats A Victory In Georgia Runoffs?

On the personal significance of Warnock's election

Raphael Warnock, becoming a senator, is almost like a culmination of all those aspects of a Southern Black experience for me. Of how at the intersection of our faith, at the intersection of social justice, at the intersection of our belief that if we stand on the side of right, we can overcome any obstacle. So I think I am extremely excited about him winning because of what he represents. He represents Black Southerners that against the odds, that in a space that has been the home for the Confederacy, the space that has been the root for white supremacy and white nationalists, that where the Southern strategy was born, that there is a new Southern strategy that is being implemented, that is being fueled and engineered by people of color, and Black folks are on the vanguard.