Accessibility links
Protests In White And Black, And The Different Response Of Law Enforcement Police yielded to the almost entirely white mob of pro-Trump insurrectionists as they stormed the Capitol. Protesters for racial justice see a contrast with how their demonstrations were policed. 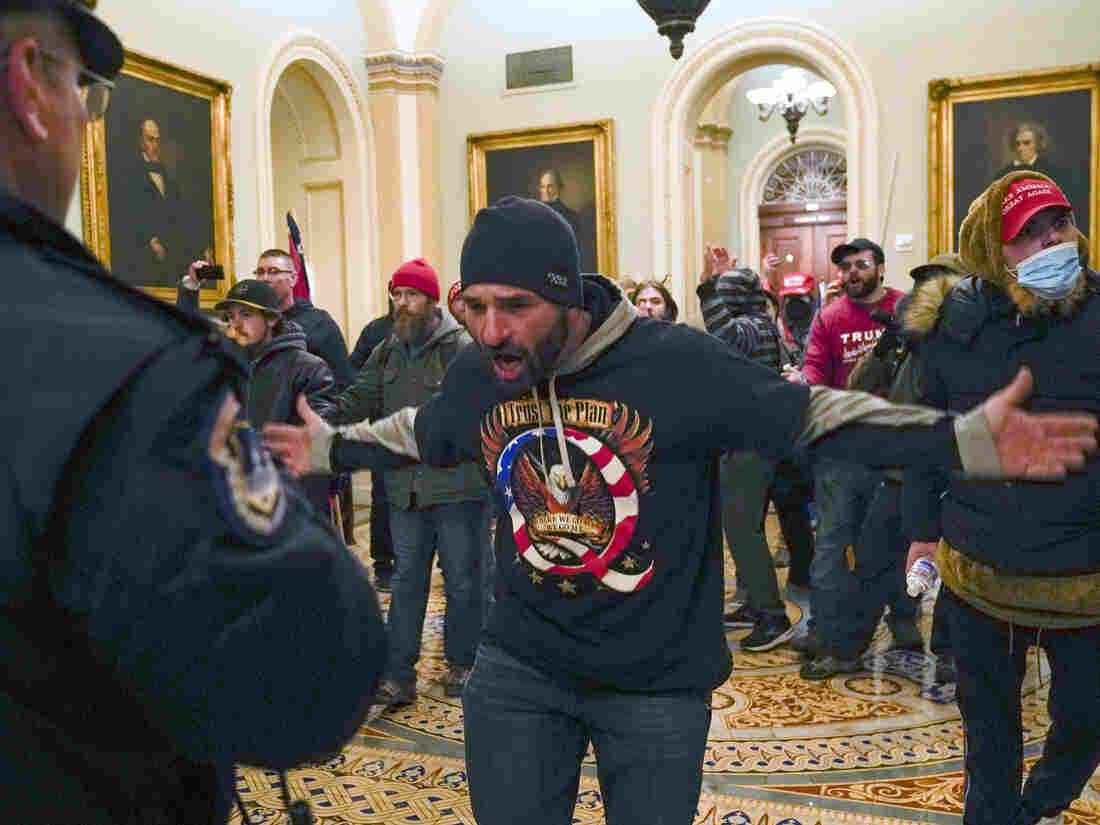 Pro-Trump extremists outside the U.S. Senate chamber Wednesday after forcing their way inside the Capitol. Manuel Balce Ceneta/AP hide caption 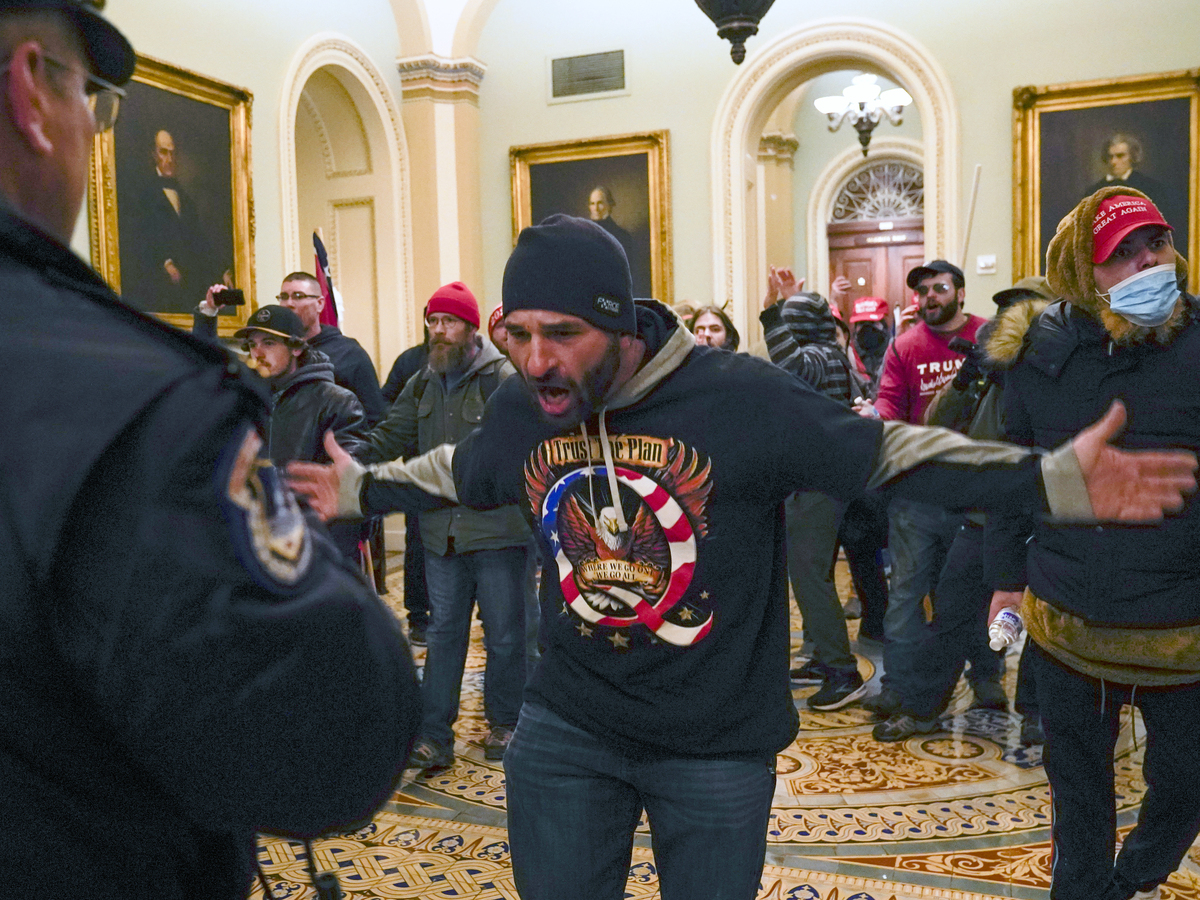 Pro-Trump extremists outside the U.S. Senate chamber Wednesday after forcing their way inside the Capitol.

Hours after congressional lawmakers certified his Electoral College victory affirming he will be the next president, Joe Biden took to social media to express what countless others have before him.

If the largely white, pro-Trump insurrectionists who stormed the U.S. Capitol had been Black Lives Matter protesters, there would have been a starkly divergent law enforcement response than what played out Wednesday afternoon.

No one can tell me that if it had been a group of Black Lives Matter protestors yesterday that they wouldn’t have been treated very differently than the mob that stormed the Capitol.

We all know that’s true — and it’s unacceptable.

"No one can tell me that if it had been a group of Black Lives Matter protestors yesterday that they wouldn't have been treated very differently than the mob that stormed the Capitol," Biden tweeted Thursday.

"We all know that's true — and it's unacceptable."

Images of throngs of people, some carrying Confederate flags and others dressed in tactical gear, who were allowed, largely unobstructed, to pillage the Capitol, have been shown on a seemingly constant loop on cable news through Thursday evening.

On social media some have posted images comparing Wednesday's scene in the nation's capital to one that took place in June following the Memorial Day killing of George Floyd by Minneapolis police.

The two scenes looked – and played out – differently.

The pro-Trump supporters that descended on the Capitol were met with light resistance and it was hours before law enforcement regained control.

A more aggressive, more militarized approach was used against social justice demonstrators last summer - comprised largely of people of color - who showed no threat of taking any federal building by storm.

They've killed us for less!

"They've killed us for less!" the official NAACP Twitter account proclaimed after the storming of the Capitol.

Former first lady Michelle Obama said she, like so many others, was experiencing "so many emotions" after watching Wednesday's chaotic scenes play out.

Like all of you, I’ve been feeling so many emotions since yesterday. I tried to put my thoughts down here: pic.twitter.com/9xzRvrpk7y

She asked, what if the rioters looked like people who attend Ebenezer Baptist Church, the historic Black church in Atlanta where the Rev. Martin Luther King Jr. once served as co-pastor, and is now led by Senator-elect Raphael Warnock.

"I think we all know the answer," Obama continued, referencing how the Black Lives Matter demonstrations this summer prompted millions to reexamine their assumptions on race.

"And yet, in city after city, day after day, we saw peaceful protesters met with brute force. We saw cracked skulls and mass arrests, law enforcement pepper spraying its way through a peaceful demonstration for a presidential photo op."

Obama was referring to the haunting scene in June that took place not at the Capitol, but Lafayette Square, just outside the White House.

Federal agents aggressively cleared a pathway so President Trump could walk through the crowd and pose with a Bible in front of St. John's Church.

Trump's photo-op took place after he referred to Black Lives Matter demonstrators as "thugs" and chastised governors for allowing protests to erupt in cities across the country, imploring them to call in the National Guard to "dominate the streets."

Where Was Security When A Pro-Trump Mob Stormed The Capitol?

Hoping to avoid a repeat of the fiasco from this past summer, the lighter, less militarized law enforcement presence early on Wednesday was by design.

As NPR's Greg Myre reports, ahead of Wednesday's demonstrations Washington, D.C., Mayor Muriel Bowser announced the Metropolitan Police Dept. would be the lead law enforcement agency and it would coordinate with federal law enforcement during the protests.

Myre adds that a limited number of D.C. National Guard troops, 340, were requested by Bowser to assist with traffic flow, while local police were to handle law enforcement.

Asked Thursday for her response to what happened at the Capitol, the D.C. mayor characterized it as "a failure."

Prosecutors Open Criminal Cases After Siege At The U.S. Capitol

Washington lawmakers have called for a full investigation into the actions of the U.S. Capitol Police whose mission is to protect the U.S. Congress and the Capitol building.

On Thursday evening Capitol Police Chief Steven Sund said he would resign from his post on Jan. 16. 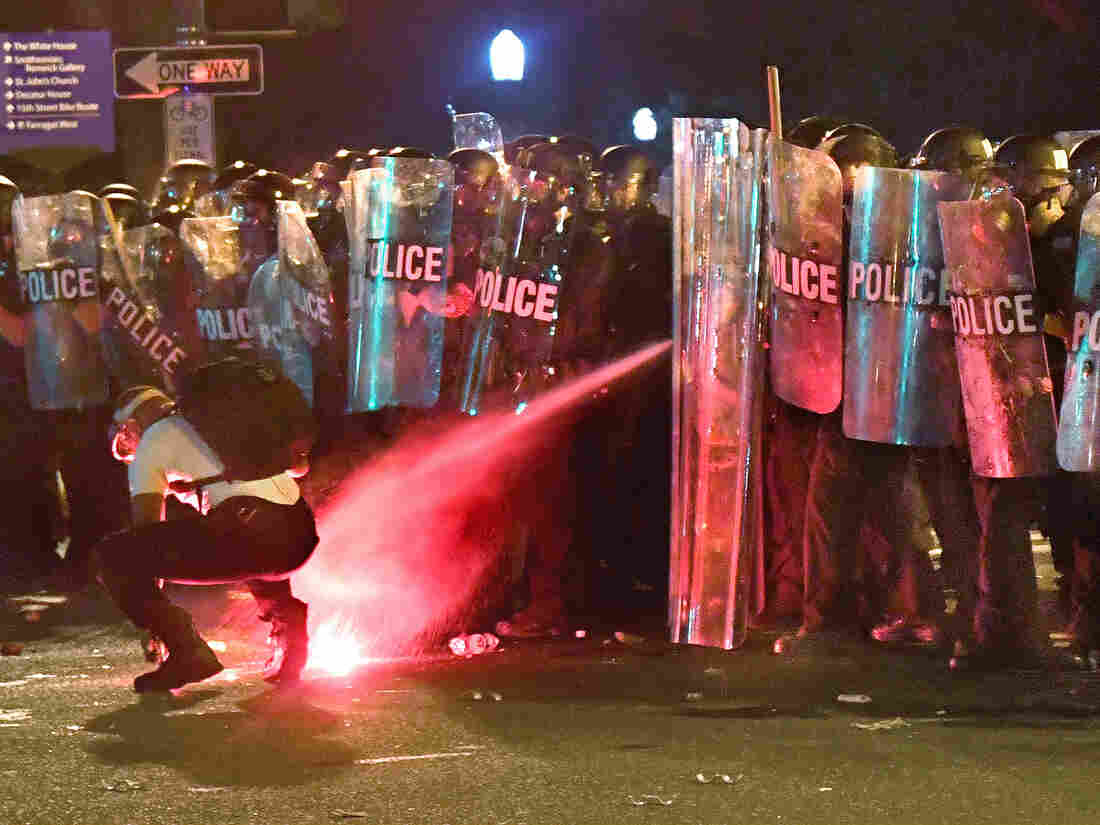 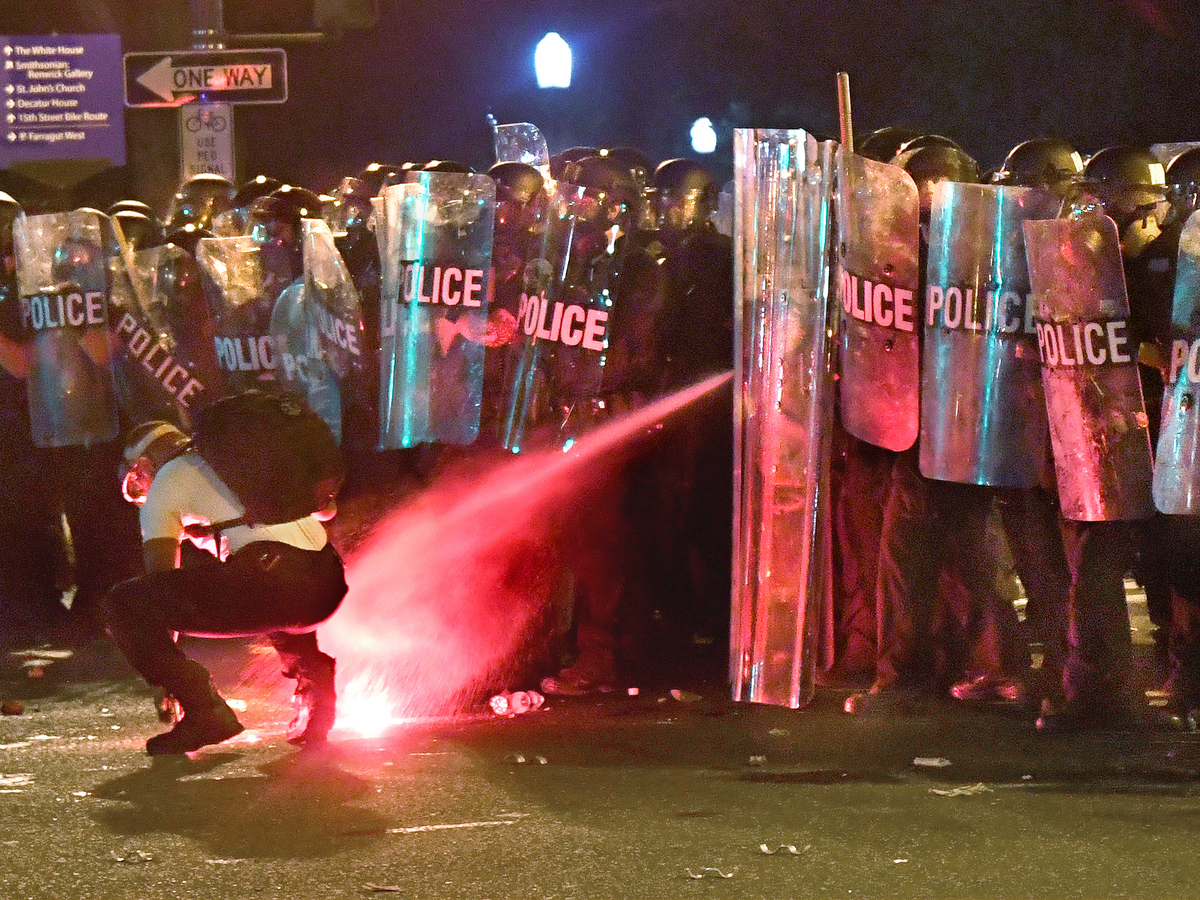 An anti-racism protester near Lafayette Square in Washington, D.C., in May is tear-gassed as he attempts to retrieve a flare thrown at police.

Still Keeanga-Yamahtta Taylor, who teaches African-American Studies at Princeton University, said on NPR's All Things Considered Thursday if the protesters had been demonstrating for police accountability rather than to overturn a free and fair election, she fears they would have been "brutalized."

She adds that many on the political right like to talk about conservatives being the party of law and order, but scenes like Wednesday prove that to be hypocritical.

"We saw that completely turned on its head yesterday at the Capitol," she said.