Accessibility links
His Vaccine Story Inspired His Father To Write A Disney Classic As a kid, Jeffrey Sherman told his father, songwriter Robert Sherman, about his experience getting a polio vaccine. It sparked Robert to craft the now famous Mary Poppins song, "A Spoonful of Sugar." 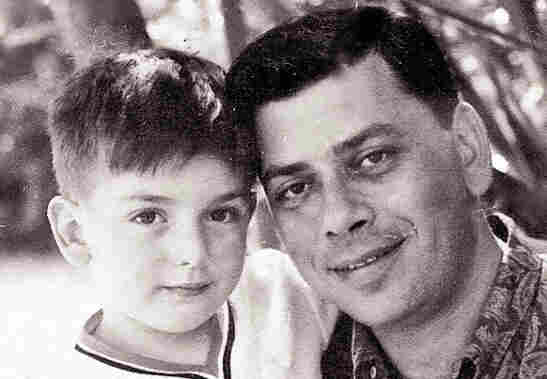 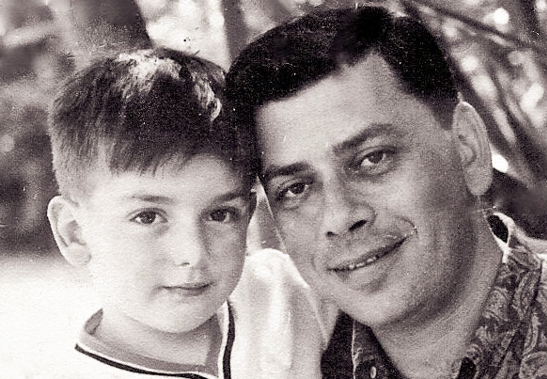 A 5-year-old Jeffrey Sherman is pictured with his father, songwriter Robert Sherman, in the early 1960s.

Before Julie Andrews first sang "A Spoonful of Sugar," its songwriter found inspiration for the iconic Mary Poppins tune in an unlikely place.

The late Robert B. Sherman wrote it with his brother, Richard; many of the duo's songs are featured in classic Walt Disney films. At StoryCorps last month, Robert's son, Jeffrey, said that it was telling his father about getting the polio vaccine as a child that sparked the lyrics for the famous song.

Jeffrey, now 63, said his dad had a way with words.

"My dad always filtered everything down to its simplest form," he said.

"People thought maybe he wasn't listening, but he would always listen. And then he would form his words very carefully. ... He wanted to just know words and he loved the sound of words and how they felt on your tongue."

But his dad and uncle found themselves at a creative block while writing music for the 1964 film. 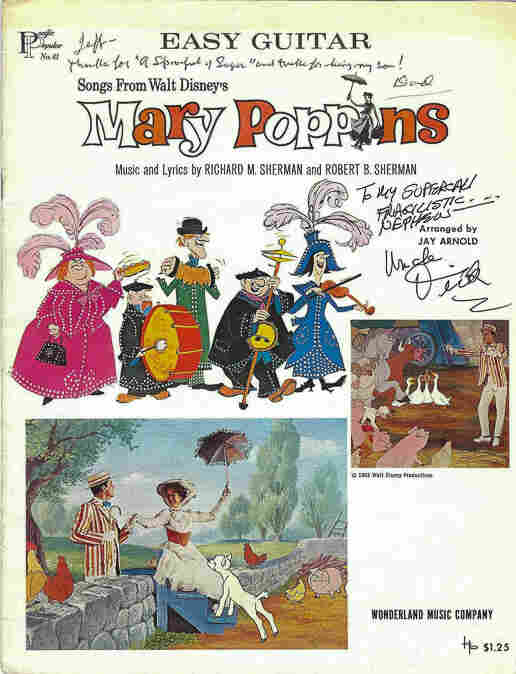 The pair wrote a favorite song of theirs for Mary Poppins called "The Eyes of Love," but it never made it into the movie.

"Walt Disney said, 'Could you write something that's more in line with the philosophy of Mary Poppins?' and it was all just falling flat," according to Jeffrey. "They were both really depressed."

In 1962, when he was about 5 years old, Jeffrey had come home from school one day when he says he found his dad in low spirits.

"All the shades were closed, it was very dark in the house," he said.

His dad asked him how his day was and Jeffrey told him that he and his classmates had received an oral polio vaccine that day.

"He goes, 'You let someone give you a shot at school? Did it hurt?' " recalled Jeffrey. "And I said, 'No, no, no. They took out this little cup and put a sugar cube in it and then dropped the medicine and you just ate it.' "

"And my dad looked at me and started shaking his head," he said.

Before He Animated For Disney, He Sketched Cartoons In An Internment Camp

Soon after, Jeffrey said, Robert phoned his brother Richard to tell him that he had something for a song.

The very next day, said Jeffrey, the two wrote the lyrics: A spoonful of sugar helps the medicine go down.

His dad, he said, thanked him for that song.

"I think that the love of his family and each of us kids inspired different things all the time for him," said Jeffrey.

"It was kind of like that was his yarn and he could make it into the most beautiful afghan. He could take something mundane like that and see the magic in it."

Audio produced for Morning Edition by Jo Corona. NPR's Emma Bowman adapted it for the Web.