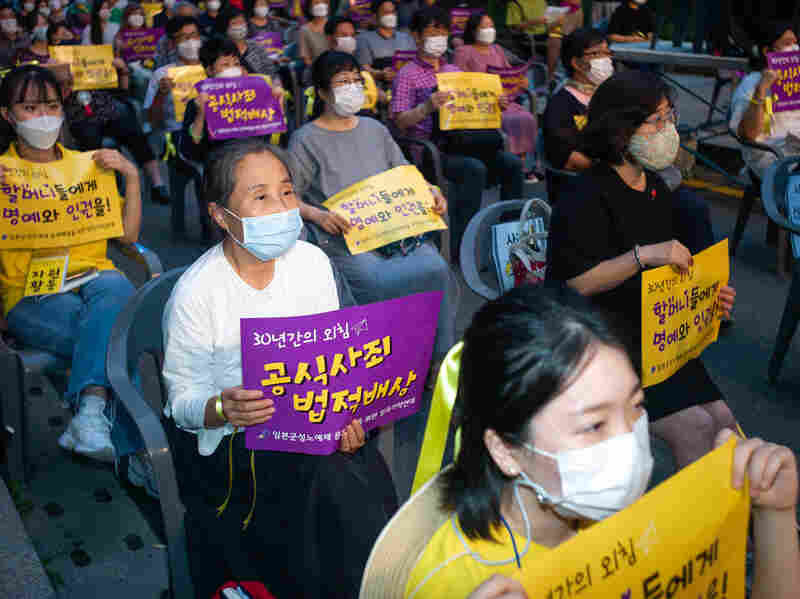 Hundreds of people gather for a rally to mark the International Memorial Day for Comfort Women on August 14, 2020 in Seoul, South Korea. A South Korean court recently ordered Japan to financially compensate 12 women forced into sexual slavery by the Japanese. NurPhoto/NurPhoto via Getty Images hide caption 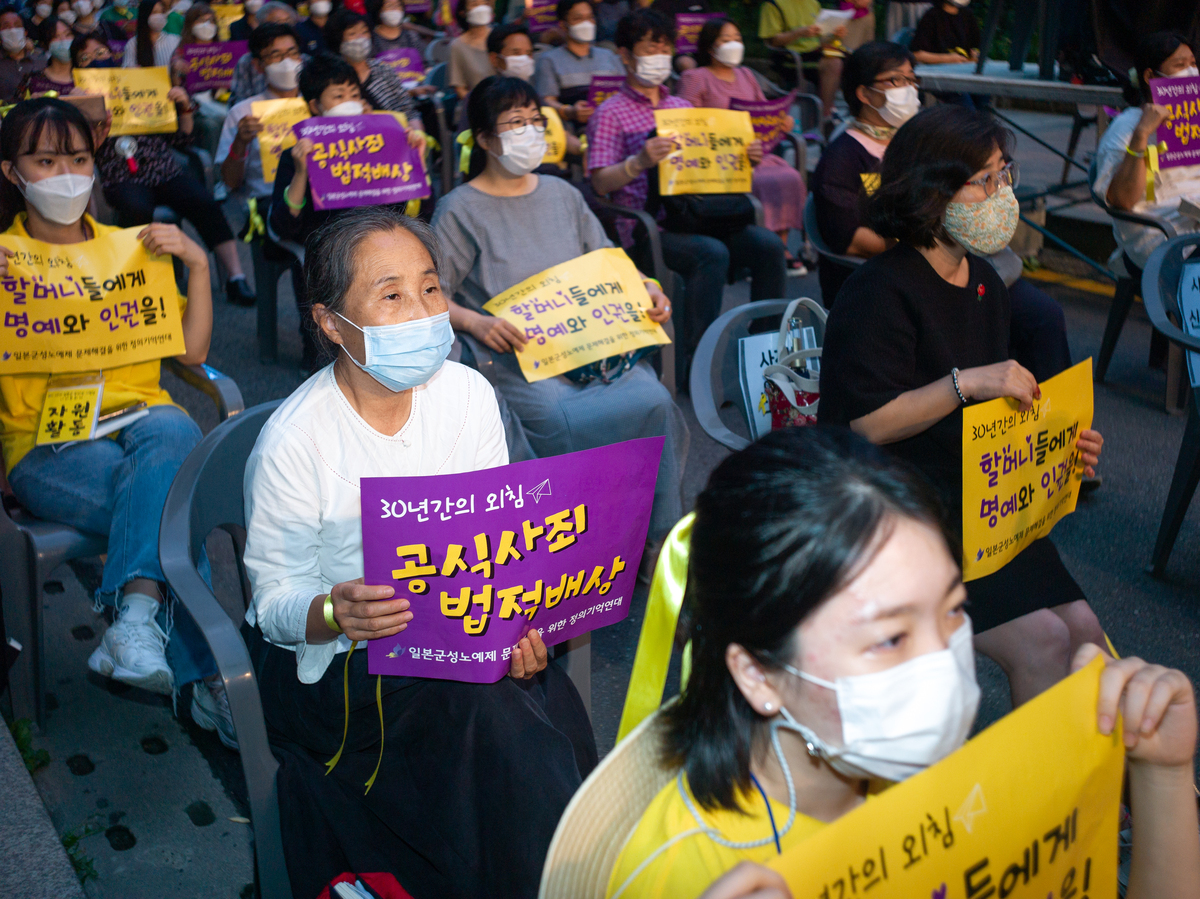 Hundreds of people gather for a rally to mark the International Memorial Day for Comfort Women on August 14, 2020 in Seoul, South Korea. A South Korean court recently ordered Japan to financially compensate 12 women forced into sexual slavery by the Japanese.

A South Korean court has ordered the Japanese government to pay compensation to a dozen South Korean women who were forced into sex slavery during World War II. The decision has renewed tensions between the two countries, with Japan immediately rejecting the ruling.

The Seoul Central District Court called the forced sexual slavery of the women by Japan's military during the war "a crime against humanity," The Associated Press reports. The court added that that existing deals between governments in Seoul and Tokyo do not prevent individual victims from seeking compensation. The court ordered Japan to pay each woman named in the lawsuit 100 million won ($91,360).

"This is a landmark ruling," the Korean Council for Justice and Remembrance for the Issues of Military Sexual Slavery by Japan told The New York Times.

However, it's unlikely Japan will obey the ruling. Katsunobu Kato, chief cabinet secretary to Prime Minister Yoshihide Suga of Japan, said the ruling was "extremely regrettable," and that Japan was not subject to Korean jurisdiction.

Seven of the 12 women named in the lawsuit died before the ruling was handed down. A separate suit filed by 20 women, some of whom are now deceased, is set to be decided next week, the AP says. However, the former "comfort women," as they were euphemistically known, have made it clear that it's not the money they're concerned with, but an apology from Tokyo.

However, the agreement came under fire from activists, who said it was reached without prior consultation with the victims. Lee Yong-Soo, one of the surviving comfort women, told The New York Times at the time that "the agreement does not reflect the views of former comfort women."

This long-simmering feud, along with that of forced labor and other offenses committed during Japan's 1910-1945 colonization of Korea, has spilled over into trade disputes and security cooperation between the Washington's two main allies in Asia.

In the past, the U.S. has stepped in to mediate, including ahead of the 2015 deal. However, critics say the Trump administration's disregard for its allies has allowed the dispute to fester unresolved.