Accessibility links
Can Trump Pardon Himself? While some constitutional scholars argue that the pardon power is absolute, most believe a president cannot pardon himself.

Can Trump Pardon Himself?

Can Trump Pardon Himself? 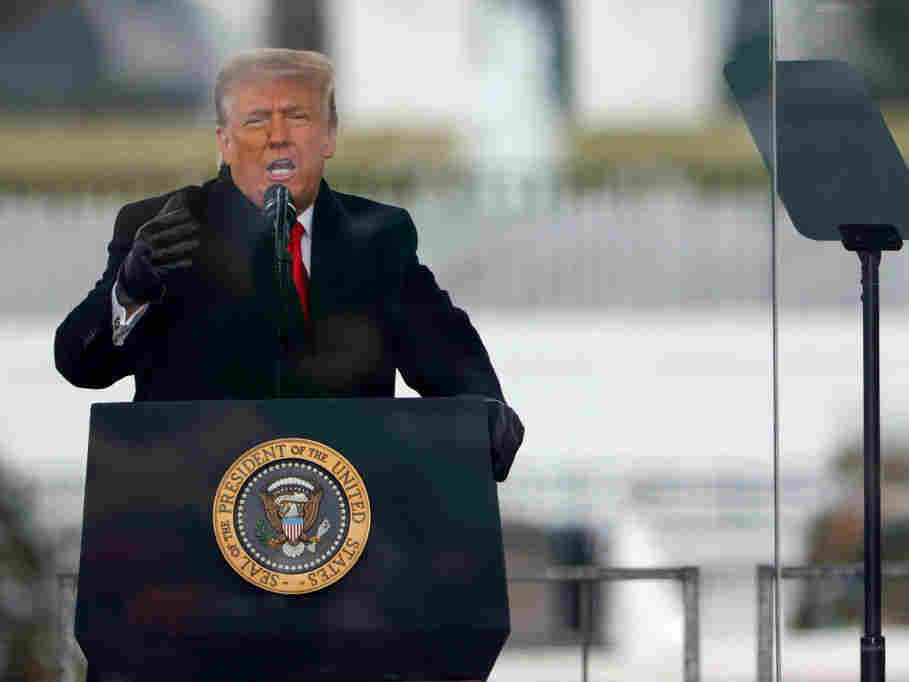 President Trump is said to be considering pardoning himself, but constitutional scholars say he doesn't have the power to do so. Tasos Katopodis/Getty Images hide caption 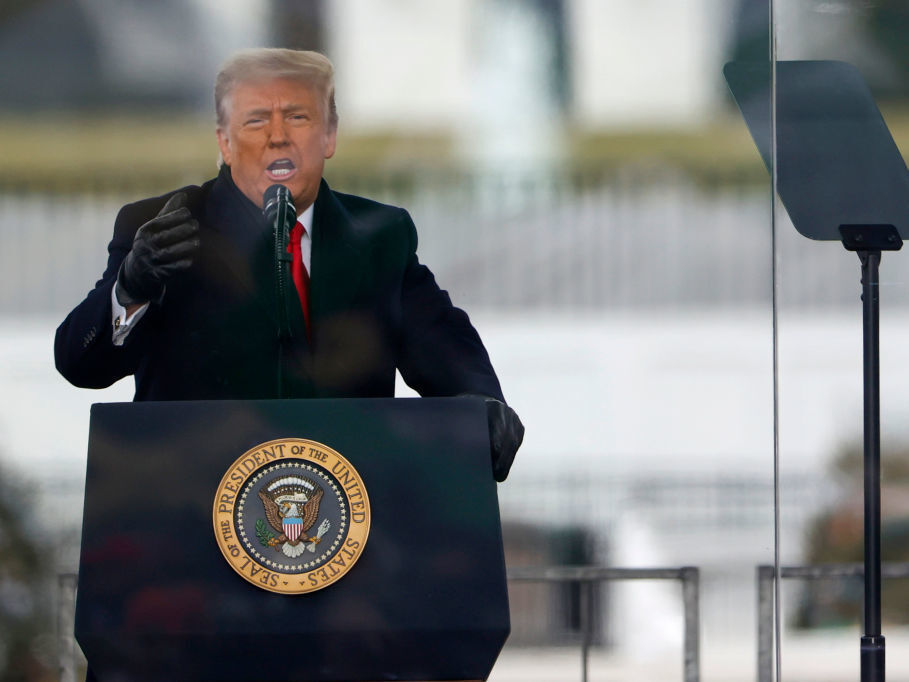 President Trump is said to be considering pardoning himself, but constitutional scholars say he doesn't have the power to do so.

With pressure mounting from all sides, President Trump is reportedly telling aides — once again — that he wants to pardon himself.

Even before he was elected, Trump had a grandiose view of his ability to defy political gravity. In 2016, he gleefully and famously told a campaign rally, "I could stand in the middle of Fifth Avenue and shoot someone and not lose any voters."

His lawyers would later argue that same kind of legal immunity in court, and from the early days of his time in office, the power he appeared to relish most was the pardon power. It is near absolute; he need not consult anyone; and early on as the Russia probe began to unfold, Trump was asking aides whether he could pardon himself.

It's a question he has returned to in recent weeks. News organizations, including ABC and The New York Times, have reported that Trump has told advisers he wants to pardon himself, as well as his children and their spouses so that they cannot be investigated and prosecuted for federal crimes.

Were he to do that — especially pardon himself — it would once again put him in uncharted legal territory, with Trump deviating from every other president in believing that he has the power to pardon himself and setting a dangerous precedent for the future.

The president does indeed have broad, but not completely unlimited pardoning power. The Constitution gives him the power to pardon others for federal crimes they may have committed, whether or not they have been charged by the time he leaves office. But he can't pardon himself from impeachment; and he has no authority to pardon anyone for crimes committed under state law. Thus, he has no ability to block the ongoing investigation of his finances in New York.

While some constitutional scholars argue that the pardon power is absolute, most believe a president cannot pardon himself.

To begin with, says Harvard law professor Cass Sunstein, the idea of a pardon stems from the English law idea of mercy or grace, and, he says, it doesn't make sense to show mercy or grace to yourself. Other scholars note that linguistically, you grant a benefit to someone else, not to yourself.

But the most persuasive argument against self-pardons, says Michigan State University law professor Brian Kalt, is that allowing them "would violate the principle that no one can be the judge in their own case."

Indeed, that was the formal legal opinion rendered by the Justice Department in 1974 during the Nixon presidency.

But Trump has openly enjoyed violating long established norms. And pardons have been no exception.

"We determined that at least 85 of the 94 have some personal or political connection to Trump and were self-serving in that way," he says.

Goldsmith, who served as head of the Office of Legal Counsel in the George W. Bush Justice Department, notes that pardon controversies are hardly unique. What's new is the "massive extent" to which Trump has circumvented the Justice Department office charged with processing pardon applications.

"Trump loves to exercise the hard powers of the office of the presidency and he especially loves to do so if he thinks there's something in it for him personally and ... if he thinks it will make the political elites' heads explode," he says.

Until now, no president has pardoned himself. Nixon contemplated it, but faced with his own Justice Department's legal opinion that it would be unconstitutional, he didn't do it. Now, though, there is concern about creating a new precedent.

"If you play this out, a president before leaving the White House, could, for instance, sell the greatest state secrets, the nuclear codes, for billions of dollars, and then pardon himself on the way out the door," says Kenneth Gormley, president of Duquesne University in Pittsburgh and author of The Presidents and the Constitution: A Living History.

Goldsmith notes that the incoming Biden administration is already facing a lot of pressure to investigate and potentially prosecute Trump for some of his actions, and that while President-elect Joe Biden has not previously indicated any great enthusiasm for that idea, Goldsmith says that "if Trump pardons himself, it's going to make it more likely that they will go forward." The Justice Department, he says, "is not going to want to acquiesce in what they think is an unconstitutional assertion of the pardon power."

"President Joe Biden will be the keeper of the executive branch under the Constitution when he takes the oath of office," Gormley says, and "he cannot just sit passively by. He needs to at least plant a flag in the ground and say, 'This is not permissible.' "

What kind of a flag? There are multiple options, Gormley says. Biden could "unpardon" Trump, and if the former president wants to challenge that action in court, he could certainly do so.

Or the Justice Department could issues a new, more fleshed-out legal opinion declaring that such pardons exceed the president's constitutional powers.

Goldsmith notes that the Biden administration could simply open a new investigation of Trump, even convene a grand jury to hear evidence. That would almost certainly provoke a legal challenge from Trump, but Goldsmith says he thinks that even on the current extremely conservative and "pro-executive power court," there would "not be five votes" to sustain a self pardon.

Were Trump to prevail, of course, another norm of American history would be broken.