Accessibility links
Golfer Justin Thomas Apologizes For Uttering Homophobic Slur During Major Tournament The golfer muttered the slur under his breath after missing a putt. He later apologized, saying, "I'm an adult. I'm a grown man, there's absolutely no reason for me to say anything like that." 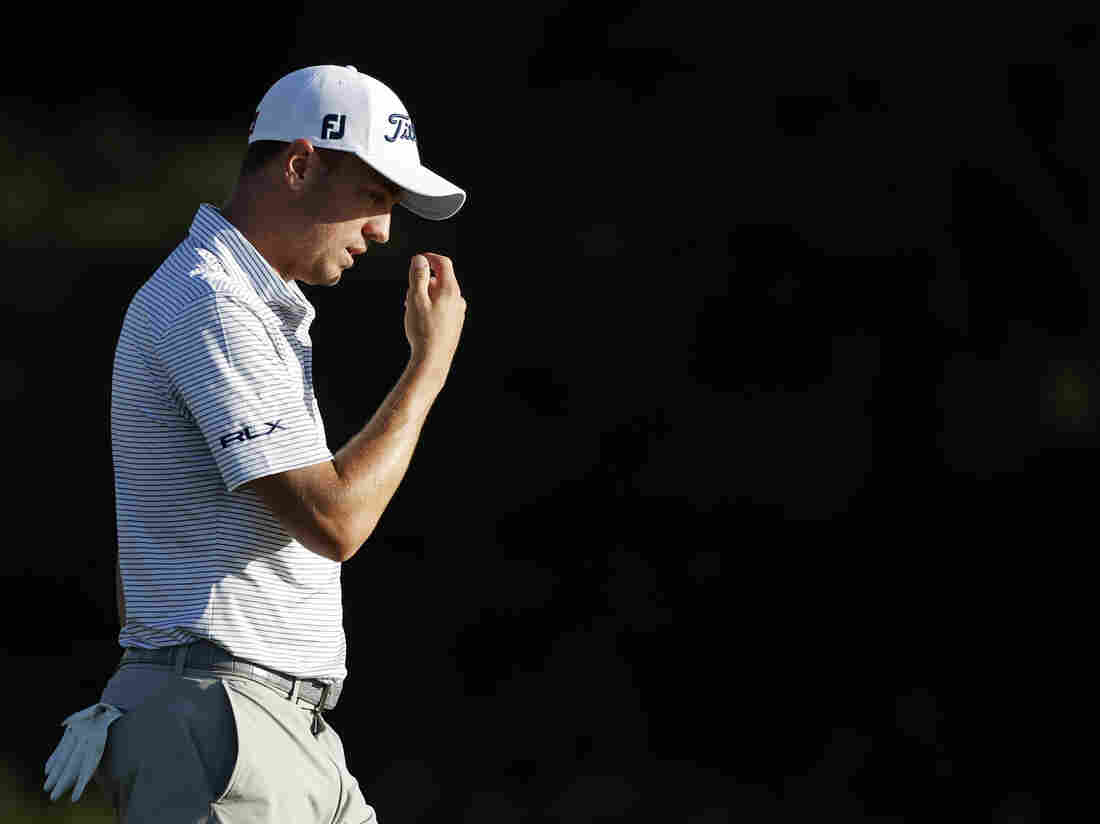 Justin Thomas reacts on the 18th green during the third round of the Sentry Tournament Of Champions at the Kapalua Plantation Course on Saturday in Kapalua, Hawaii. Cliff Hawkins/Getty Images hide caption 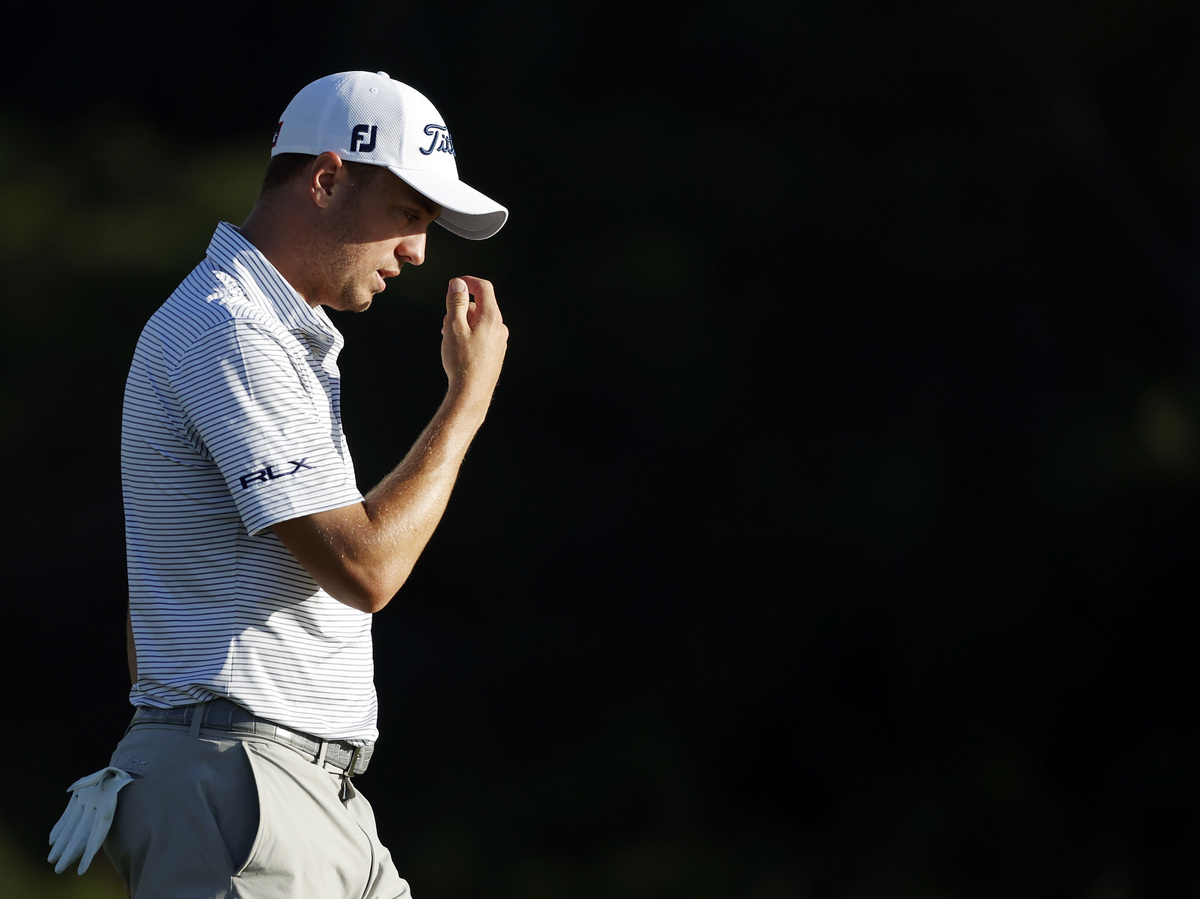 Justin Thomas reacts on the 18th green during the third round of the Sentry Tournament Of Champions at the Kapalua Plantation Course on Saturday in Kapalua, Hawaii.

Golfer Justin Thomas apologized for muttering a homophobic slur under his breath after he missed a putt during the Sentry Tournament of Champions in Kapalua, Hawaii on Saturday. The golfer said he was unaware that he even had said the slur until after the round was played.

Shortly after the incident, Thomas spoke with the Golf Channel, offering up an apology.

"It's inexcusable," he said. "First off, I just apologize. I'm an adult. I'm a grown man, there's absolutely no reason for me to say anything like that. It's terrible. I'm extremely embarrassed. It's not who I am, it's not the kind of person that I am or anything that I do."

He added, "Unfortunately, I did it and I have to own up to it and I'm very apologetic."

Thomas is the defending champion of the Sentry Tournament of Champions, and is often ranked among the best players in the world.

While the PGA Tour does not make conduct punishments public, it is likely that Thomas will be fined for his actions. In a statement to Golf Digest on Saturday, the PGA Tour said, "As he expressed after his round, we agree that Justin's comment was unacceptable."

This isn't the first time a professional golfer has been in hot water after expressing homophobic sentiment. Last year, four-time PGA Tour winner Scott Piercy was dropped by five sponsors after sharing a homophobic meme on Instagram that made fun of former Democratic presidential candidate Pete Buttigieg, as well as a meme referencing the far-right QAnon conspiracy theory. Piercy wrote on social media afterward: "Whenever i [sic] post my intent is NEVER to offend. I want to apologize if any of my recent story posts have been offensive. I will do better!"

Thomas ended his apology on Saturday saying that he was going to learn "a lot" from the incident, and again called it "inexcusable."

"I need to do better, I need to be better," he said. "It's definitely a learning experience. I just, I deeply apologize to everybody and anybody who I offended and I'll be better because of it."