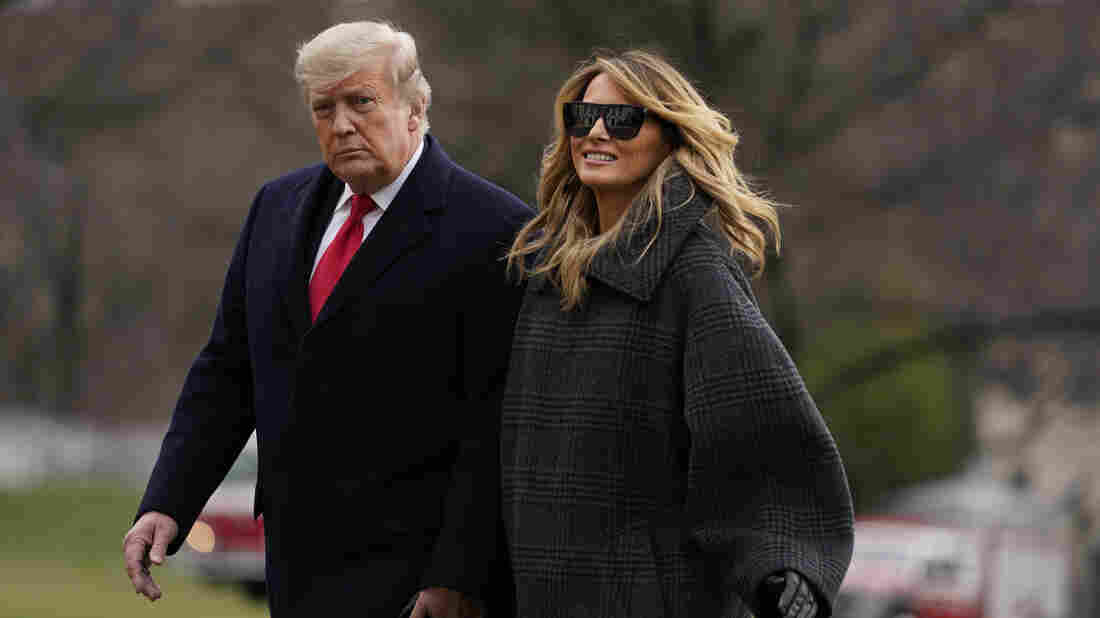 First lady Melania Trump says she condemns the violence at the Capitol last week and personal attacks on her. Evan Vucci/AP hide caption 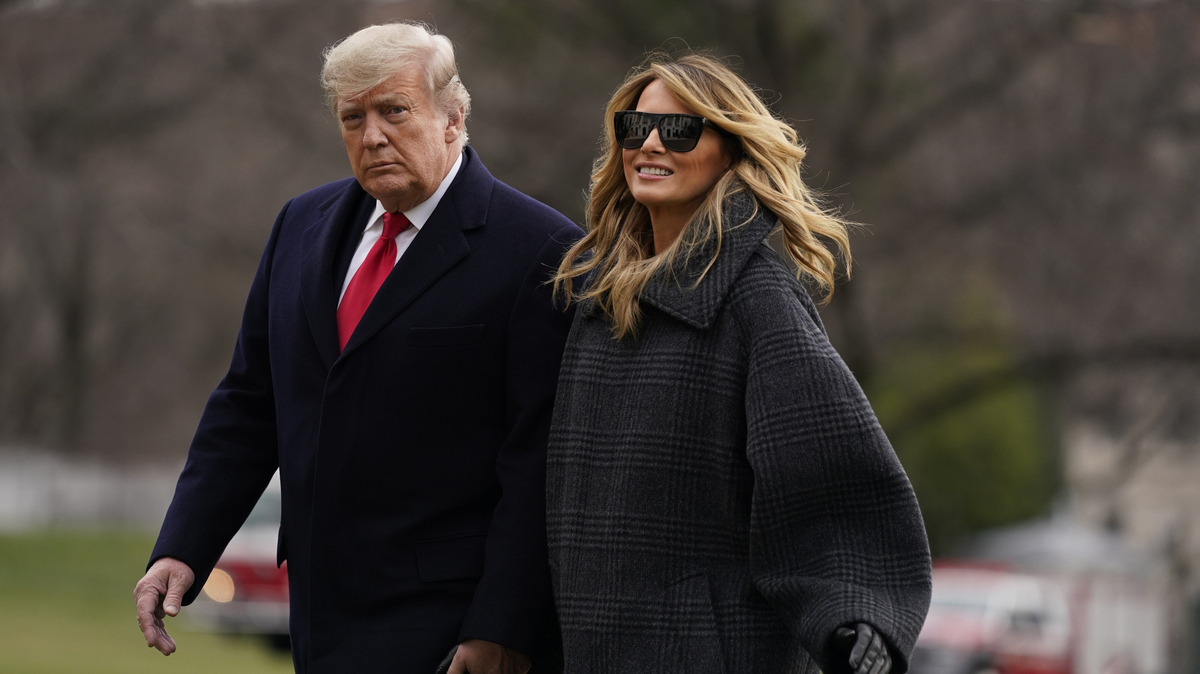 First lady Melania Trump says she condemns the violence at the Capitol last week and personal attacks on her.

First lady Melania Trump condemned last week's storming of the U.S. Capitol in a statement Monday. She also criticized what she called "personal attacks" and "salacious gossip" about her and never alluded to her husband's role in inciting the mob.

"I am disappointed and disheartened with what happened last week," Trump said. She added that it was "shameful that surrounding these tragic events there has been salacious gossip, unwarranted personal attacks, and false misleading accusations on me — from people who are looking to be relevant and have an agenda."

Trump also said her "heart goes out" to those killed in the violence, listing the five people who died, beginning with the Ashli Babbit, the Air Force veteran and Trump supporter who was shot as she tried to enter the House chamber.

It is not entirely clear the gossip Trump was referring to, although CNN reported that, at the time of the violence at the Capitol, she was overseeing a photo shoot at the White House in preparation for a coffee table book she reportedly plans on the building's furnishings and art objects.

The House of Representatives is expected to take up an article of impeachment against President Trump later this week for inciting the rioters who stormed the Capitol.

In Wake Of Capitol Attack, House Will Seek To Impeach Trump — Again

"This time is solely about healing our country and its citizens," the first lady said. "It should not be used for personal gain."

She added, "Our Nation must heal in a civil manner. Make no mistake about it, I absolutely condemn the violence that has occurred on our Nation's Capitol. Violence is never acceptable."

She also said her husband's supporters' "passion" was "inspiring," but added, "we must not allow that passion to turn to violence."