Accessibility links
Freddie Gibbs, Grammy nominated rapper : Bullseye with Jesse Thorn This week we're revisiting our 2019 conversation with rapper Freddie Gibbs. Freddie joined us to talk about his childhood growing up in Gary, Indiana, carving out space for himself as a rapper from the Midwest, and how he always knew that one day he'd be famous. Plus, he tells us about how he met his MadGibbs collaborator, producer Madlib. 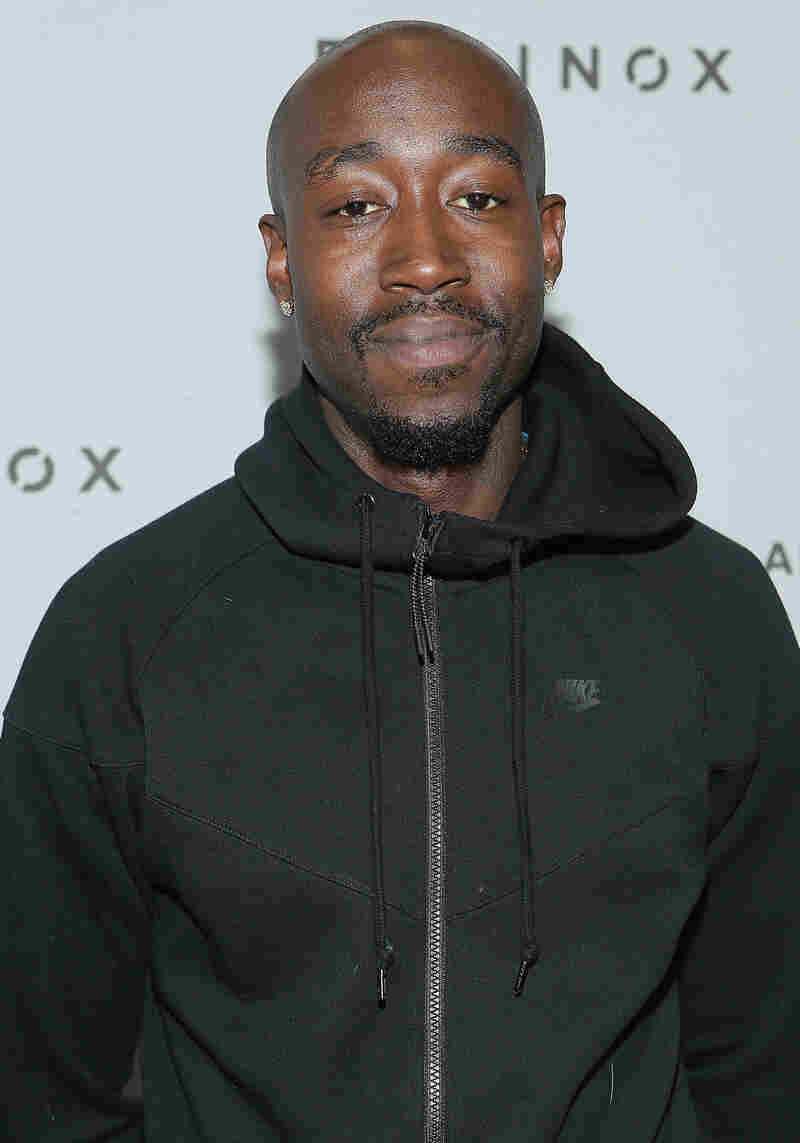 Rapper Freddie Gibbs is one of the most versatile rappers working today. His style can't be confined to one type of sound and he's just as comfortable rapping over a drum heavy 808 track as he is on a jazz or soul sample. The best example of the latter is his collaboration with hip-hop DJ and producer Madlib. In 2014, the two collaborated on the album, Piñata and then again a few years later on Bandana.

Growing up in Gary, Indiana Freddie Gibbs never had thoughts or ambitions to be a rapper. As he puts it, he was never the kid freestyling and knocking out beats on the lunch table at school. Freddie thought it was much more likely that he'd make it big as a football player. After graduating high school and leaving the rough streets of Gary behind, the Grammy nominated rapper spent a year playing football on a scholarship to Ball State University. It wasn't until he left Ball State and started working at a Payless shoe store that he discovered the talent that would make him a star.

Freddie doesn't shy away from talking about his rough past in his work. Much of his music deals with his former life on the streets, his history with drugs, and friends he's lost along the way. He approaches his music a lot like he tells us he still approaches life: from the perspective of the underdog hustling to survive.

When Freddie joined Jesse in 2019 they talked about his album with Madlib, Bandana, his childhood growing up in Gary, Indiana, and carving out space for himself as a rapper from the Midwest.

Freddie's newest album, Alfredo, is up for best Rap Album at this year's Grammy's. It is available for purchase here.