Accessibility links
Roots Of U.S. Capitol Insurrectionists Run Through American West Violent acts of insurrection like the U.S. Capitol mob have been incubating in the western U.S. for years, where self-described "patriots" have led armed uprisings, often with few legal consequences. 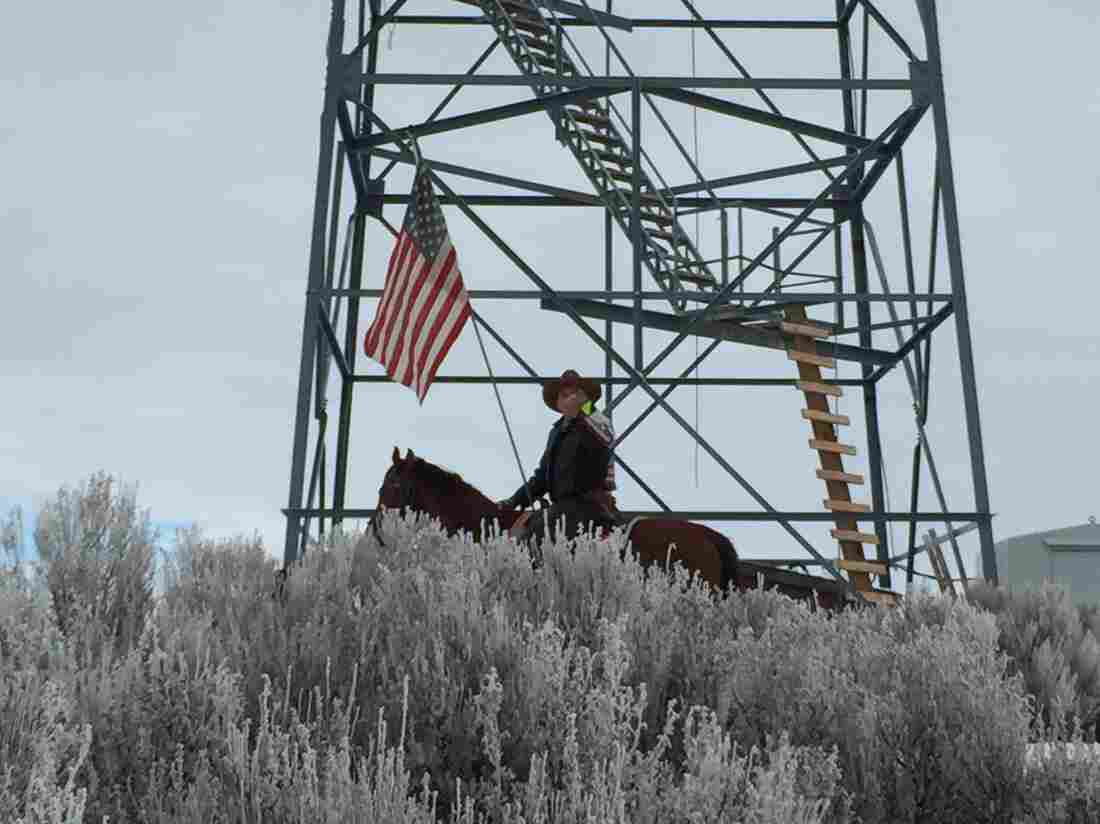 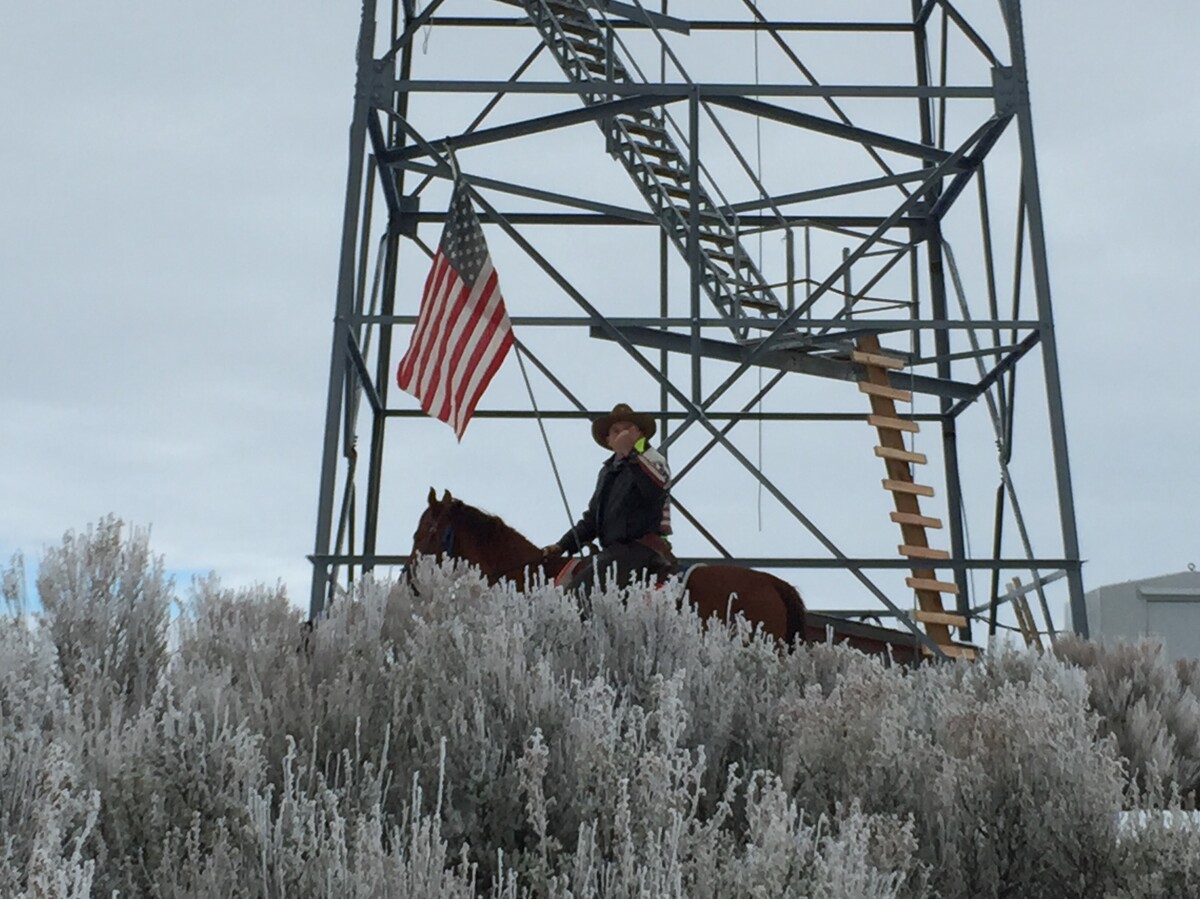 In January 2016, armed militants led by Ammon Bundy, seized the Malheur National Wildlife Refuge in Oregon in an attempt to control US public lands.

As the violent mob broke into the U.S. Capitol last Wednesday, and livestreams showed pro-Trump insurrectionists defacing property and posing in the House Speaker's chair, here in the West, feelings of shock quickly faded to familiarity.

"There are years of warning signs," said Eric Ward of the Western States Center, which tracks extremism in Oregon and the West.

It was five years ago this month when anti-government militants led an armed siege of a federal wildlife refuge in rural eastern Oregon. Far-right extremists led by Ammon Bundy occupied government buildings, vandalized and defaced property and at one point bulldozed a road across land considered sacred to local Native Americans.

"We will go out of this state and out of this country as free men," proclaimed Bundy to reporters in January of 2016, referring to an attempt to seize control more broadly of US public lands.

Bundy did eventually leave Oregon free, a jury acquitted him late in 2016. Late last month, he posted a video urging his followers to go to Washington on Jan. 6.

Extremist group monitors say violent acts like the insurrection at the U.S. Capitol have been incubating in the western U.S. for years. Self-identified "patriots" have stormed government buildings, vandalized property and frequently threatened public employees often with few, if any legal consequences.

The freed Bundy has been a far right fixture in the response to the pandemic in the West, leading protests portraying public health restrictions like mask rules as tyranny.

In August, he violently forced his way into the Idaho Capitol, disrupting legislative hearings. His "People's Rights" group followers frequently target the homes of local officials. In December, then-Ada County, Idaho Commissioner Diana Lachiando had to race home from a public health meeting upon learning that protesters were banging on her door where her son was alone. Boise's mayor and police chief canceled the meeting citing safety reasons. 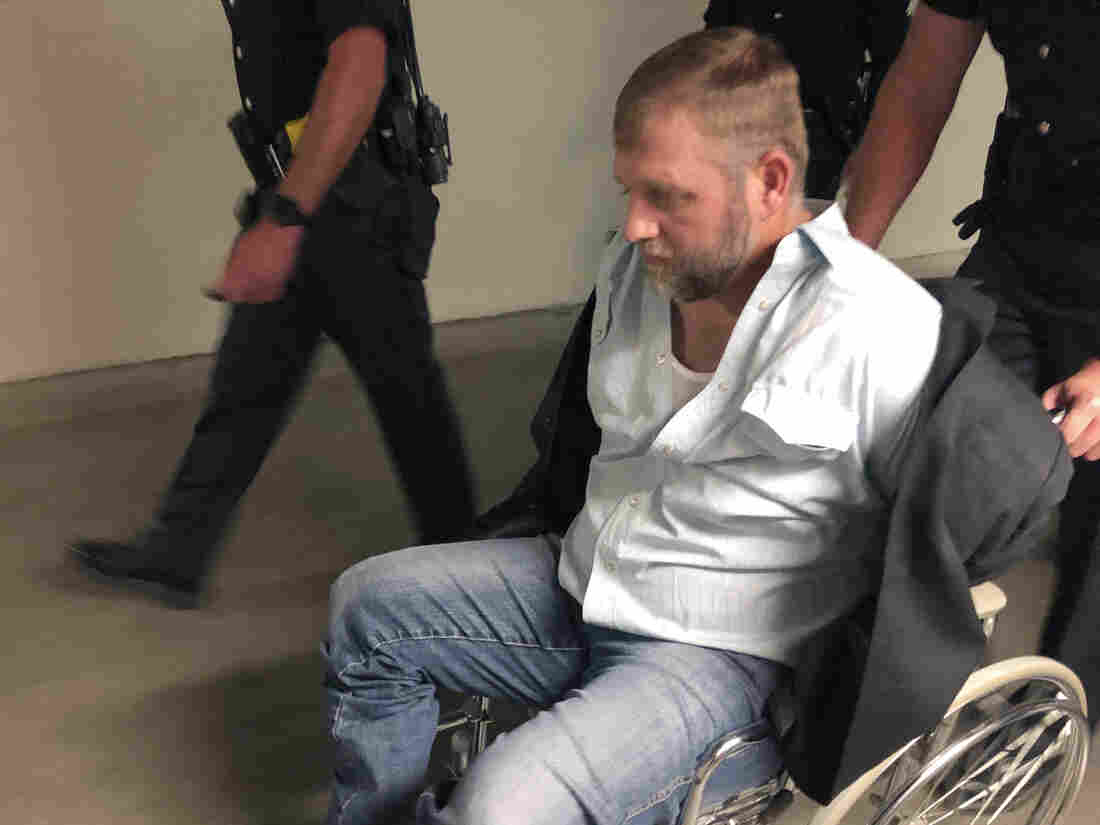 Anti-government activist Ammon Bundy is wheeled from the Idaho Statehouse in Boise, on Aug. 26, 2020. It was his second arrest for trespassing in two days. Keith Ridler/AP hide caption 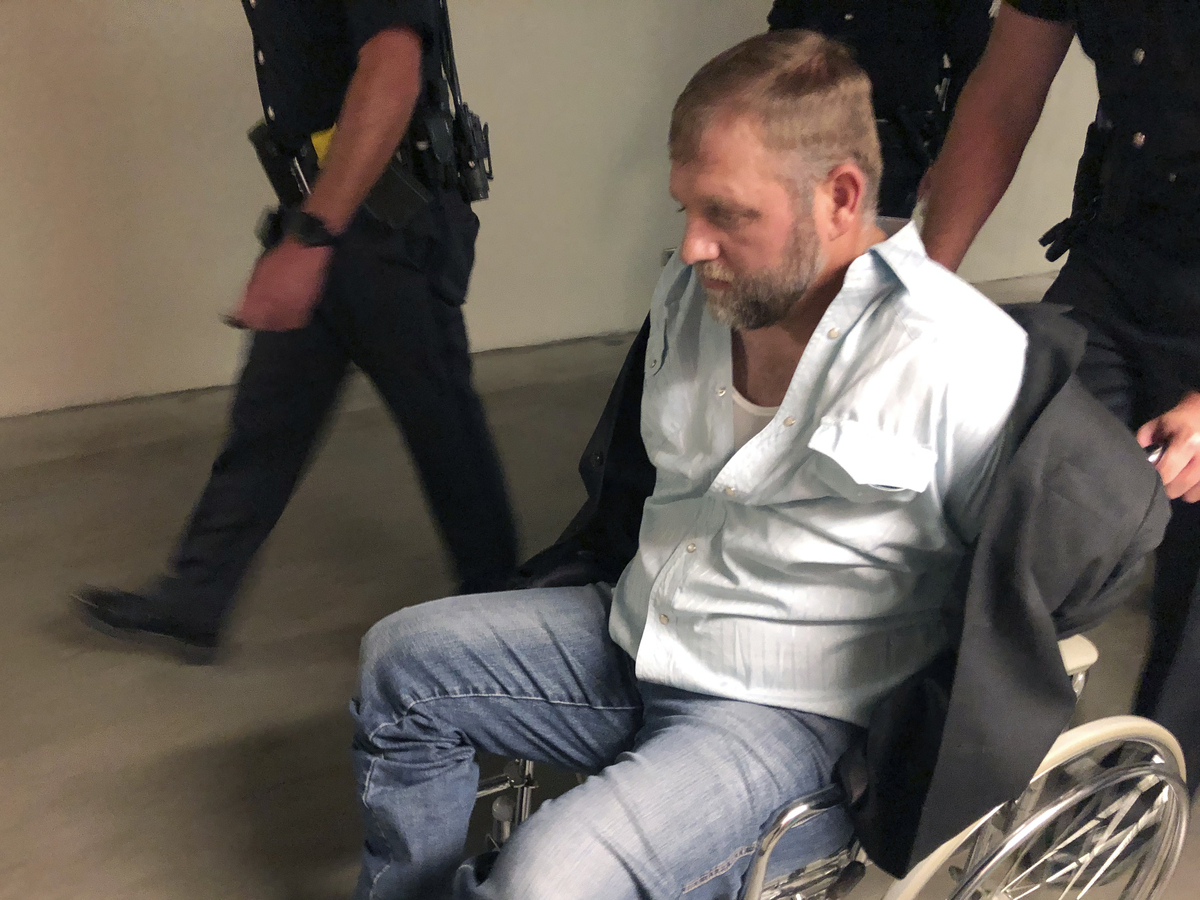 Anti-government activist Ammon Bundy is wheeled from the Idaho Statehouse in Boise, on Aug. 26, 2020. It was his second arrest for trespassing in two days.

Last week, Lachiando said she'd seen some of the same protesters who were outside her home in social media feeds from inside the U.S. Capitol. She called their notion of freedom as divorced from responsibility.

"Now we see that nationally, people have adopted this sort of ethos, whether they are aligning with the Proud Boys or the Three Percent [militia]," Lachiando says.

"What we're seeing now is the anticipated outcome of allowing these groups to practice their insurrection on the streets and rural roads of the western region," Ward says, noting that many of the scofflaws are now free.

President Trump pardoned the Oregon ranchers who were in prison on arson charges and whose fight with federal land managers inspired the standoff at the Malheur National Wildlife Refuge. He also just pardoned a Utah legislator convicted on federal charges for leading an off-road vehicle ride through sensitive public land.

"Go get the job done"

And then there's Cliven Bundy, Ammon's father, who led an armed standoff near the family's Nevada ranch in 2014. He walked out of the federal courthouse in Las Vegas a free man after the federal government's case against him collapsed in January 2018.

"We're not done with this," Bundy told reporters at the time.

He continues to graze his cattle on federal land without paying or following any federal environmental laws. After the Capitol insurrection, the rancher posted heaping praise for President Trump on Facebook, who Bundy said pointed his loyalists towards Congress, "and nodded his head to go get the job done."

"It is a movement that feels that it has received permission to act out its fantasies of political violence," Ward says.

The movement also enjoys support from some elected Republican leaders in the region. After his return from Washington, D.C., last week, Couy Griffin, a defiant Otero County, New Mexico commissioner, posted a video on Facebook boasting about a future far-right rally in Washington.

"We could have a Second Amendment rally on those same steps, you know, and if we do, it's gonna be a sad day because there's going to be blood running out of that building," Griffin says.

The video has since been taken down. But in others still on the site, Griffin, who founded the group "Cowboys for Trump," rails against Democratic Party leaders and promises activists will reconvene in D.C. ahead of the inauguration.

"A Joe Biden presidency is something that we can never allow," he says in one video.

These aren't just the sagebrush rebels in cowboy hats as they're so often cast.
The recent western uprisings drew people from cities around the nation: from Alex Jones and his conspiracy theorists to anti-Islamic campaigners to white nationalists.

Back in Boise, Diana Lachiando is worried about far-right extremism further reaching into the mainstream. She lost her bid for reelection to the Ada County Commission in Idaho last fall. Friday was her last day in office.

"I don't have a lot of patience for the people who all of the sudden, it was a step too far to see some people take over the [U.S.] Capitol," Lachiando says. "There are politicians who have been coddling those sentiments for years."

Westerners such as Lachiando drew another parallel as they watched the Capitol insurrectionists post their illegal entry and vandalizing right to their own social media feeds. The Bundys and their followers largely did the same back in 2016.

They streamed videos of themselves sitting at government computers and tampering with public property, ultimately doing millions of dollars in damage and all but prosecuting themselves before their trials.