Accessibility links
Review: 'That Old Country Music,' By Kevin Barry In his new story collection, Kevin Barry proves to be a master at evoking the landscapes of both western Ireland and the human heart; he seems to have an innate sense of why people do what they do. 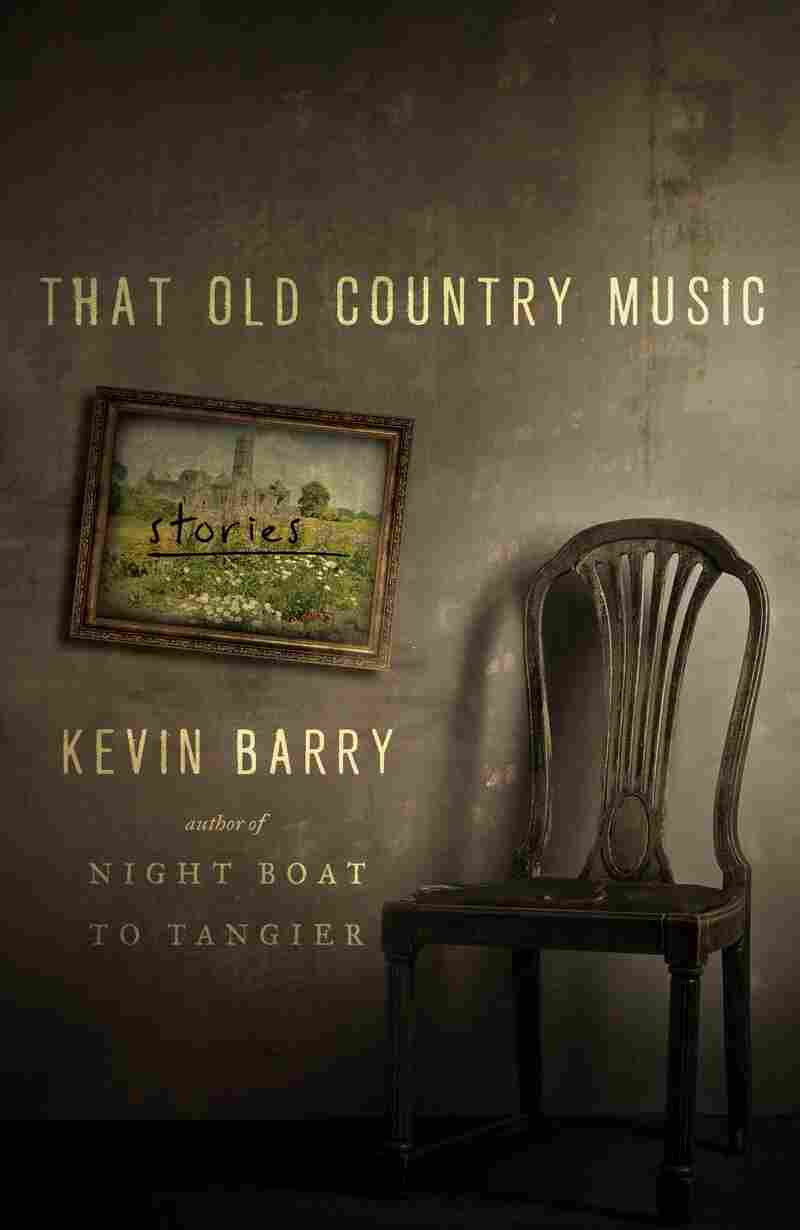 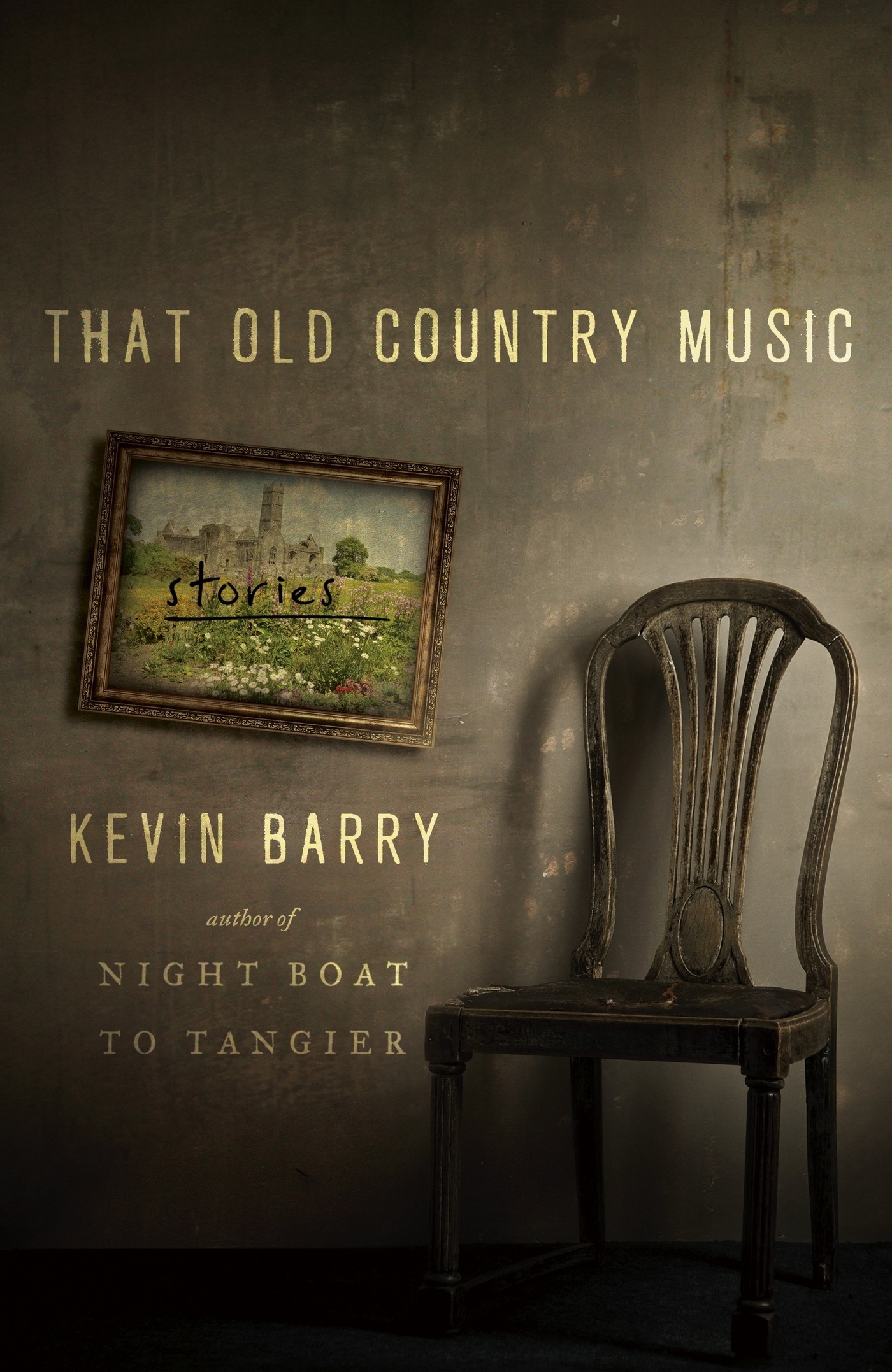 Kevin Barry has never shied away from the dark side. In books like City of Bohane and Night Boat to Tangier, the Irish author has turned his eye to gangsters, drug smugglers and other assorted criminals, both petty and felonious. But he's never descended into hard-boiled cliché — while some of his characters boast a kind of tough-guy swagger, he's just as interested in the softer specimens of humanity, and you always get the feeling that there's a touch of the romantic hiding just beneath the surface of his fiction.

Never has that been clearer than in That Old Country Music, his newest short story collection. Barry casts a wide net, writing about a varied cast of people — some hardened by life, some still vulnerable — living in western Ireland. There's not a bad story in the bunch, and it's as accomplished a book as Barry has ever written.

The collection begins with "The Coast of Leitrim," which follows Seamus, a man with "the misfortune in life to be fastidious and to own a delicacy of feeling. He drank wine rather than beer and favored French films." He falls hard for a café employee named Katherine, a Polish immigrant with "a dreamy, distracted air," and can scarcely believe his luck when she agrees to go on a date with him.

Barry does a beautiful job chronicling their relationship, which is marked by Seamus constantly second-guessing himself: "What kind of a maniac could fall for the likes of me, he wondered. The question was unanswerable and terrifying." Barry does an excellent job probing the psyche of his diffident protagonist, and ends the story with an unexpected moment of sweetness that's anything but cloying — realism doesn't need to be miserablism, he seems to hint; sometimes things actually do work out.

And sometimes, of course, they don't. In the collection's title story, Barry follows a woman named Hannah as she waits in a van in Ireland's Curlew Mountains; her boyfriend, armed with a claw hammer, has gone to rob a gas station. As Hannah waits anxiously for his return, she reflects on the course of their relationship with her troubled beau, admitting, in a moment of understatement, that "she knew well that Setanta Bromell of Frenchpark was not making solid decisions lately."

The story ends with a disappointment for Hannah — it's one the reader sees coming, but it's still painful to read. Barry has a rare gift for crafting characters the reader cares about despite their flaws; in just 13 pages, he manages to make Hannah and Setanta come to life through sharp dialogue and keen observations.

Barry proves to be a master of writing about both love and cruelty, and both coincide in "Saint Catherine of the Fields," about a music scholar who hopes to record the few remaining practitioners of sean-nós singing, an old-style type of Irish folk music. The narrator tracks down one musician who sings the story of a herdsman who falls in love with a married woman who encourages his feelings for her, engaging in a romantic tryst with the young man: "He came to believe in her almost religiously. When he said her name it was in an awed whisper and as if in litany. He came to see her as a saintly figure almost, his Saint Catherine, his saviour."

There's not an aspect of writing that Barry doesn't excel at. His dialogue rings true, and he's amazingly gifted at scene-setting — he evokes both the landscape of western Ireland and the landscape of the human heart beautifully.

Her affair is soon revealed to be a cruel joke, however, and one that her husband is in on — she seduced the herdsman just to break his heart. "Maybe she was just aware that her own time was so pinched and mean," the narrator speculates. "Maybe all she wanted was as much of what that mean life could give." Barry brilliantly evokes both the good and bad sides of love, and does so with stunningly gorgeous writing: "Love, we are reminded, yet again, is not about staring into each other's eyes; love is about staring out together in the same direction, even if the gaze has menace or badness underlain."

There's not an aspect of writing that Barry doesn't excel at. His dialogue rings true, and he's amazingly gifted at scene-setting — he evokes both the landscape of western Ireland and the landscape of the human heart beautifully. His greatest accomplishment, perhaps, is his understanding of the ways our collective psyche works; he seems to have an innate sense of why people behave the way we do, and exactly what we're capable of, both good and bad. You could say about That Old Country Music what one of his narrators says about an old song of devotion and heartbreak: "All of human cruelty was contained within it but something, too, I thought, of what love means."