Accessibility links
$1,400 Checks And Jobless Benefits: What's In Biden's Plan To Rescue The Ecomy President-elect Joe Biden is proposing a $1.9 trillion plan to address the coronavirus pandemic and the resulting economic crisis. 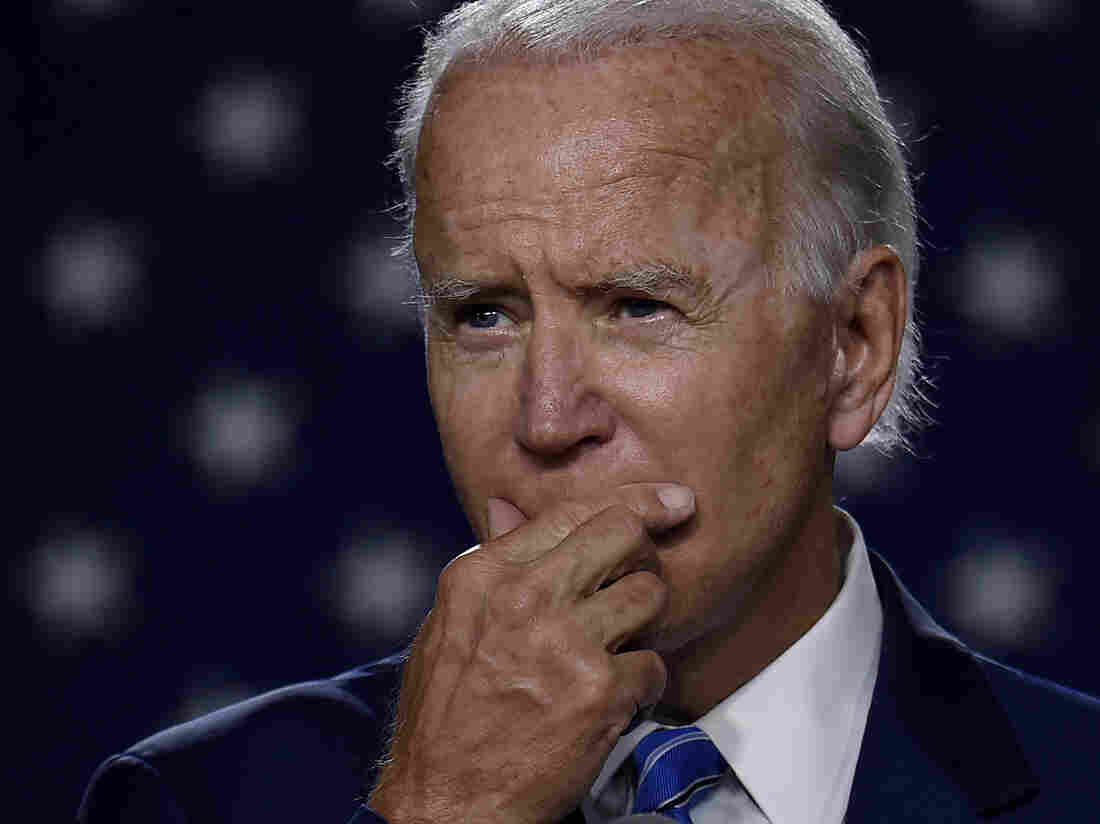 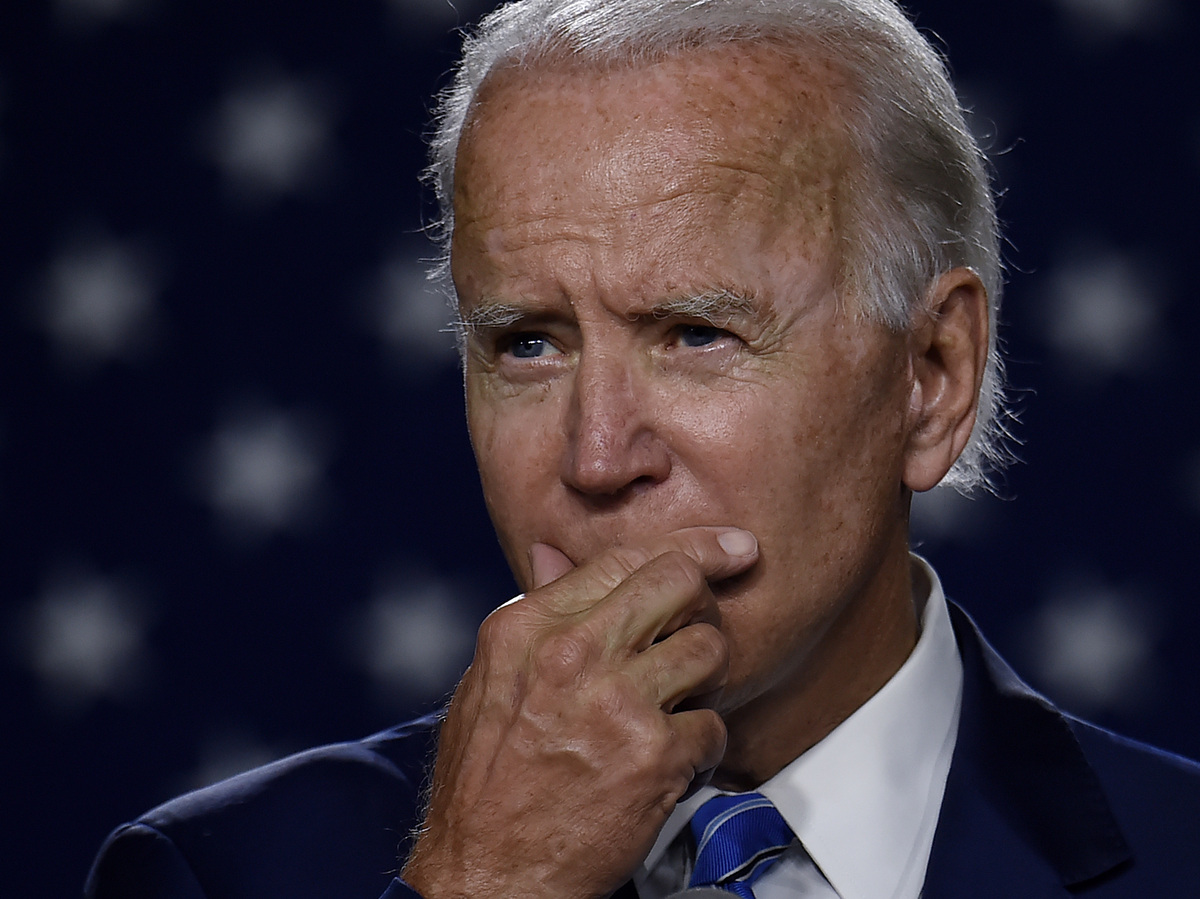 Then presidential candidate Joe Biden speaks at a "Build Back Better" Clean Energy event on July 14, 2020. On Thursday, Biden unveiled an ambitious economic plan just days before he's set to be inaugurated as president.

President-elect Joe Biden has long pledged he would deliver an aggressive plan to address the raging coronavirus pandemic and the painful recession it spawned.

On Thursday, he did just that, proposing an ambitious $1.9 trillion relief plan that includes $1,400 stimulus checks, additional benefits for the unemployed, as well hundreds of billions of dollars for struggling businesses and local governments.

"The crisis of deep human suffering is in plain sight," Biden said during a televised address, six days before taking office. "There's no time to waste. We have to act and we have to act now."

Biden's plan comes just weeks after Congress passed a $900 billion relief plan that took weeks of painful negotiations. But economists have said the economy would need additional help as new coronavirus infections continue to surge, and as the daily death toll from COVID-19 exceeds 4,000.

The pandemic is dealing fresh blows to the U.S. economy, with more than 1.2 million Americans filing new claims for unemployment benefits in the first week of the new year.

Here are some key aspects of the plan:

While newly approved vaccines offer hope for relief from the pandemic, Biden described the sluggish initial delivery of the shots as a "dismal failure."

The Trump administration invested heavily in developing a vaccine, but has left distribution largely up to states. The number of shots delivered so far has fallen far short of what was promised.

"We'll have to move heaven and earth to get more people vaccinated," Biden said. "To mobilize more medical teams to get shots in people's arms, to increase vaccine supply, and to get it out the door as fast as possible."

Biden called for a $20 billion campaign to speed vaccinations, including the launch of community vaccination centers around the country and mobile units to deliver the shots to hard-to-reach areas.

Should The Government Pay People To Get Vaccinated? Some Economists Think So

Policy makers and experts have said a long-term recovery of the economy is unlikely until the pandemic is under control.

"The single most important economic policy in this is health care policy," Federal Reserve Chairman Jerome Powell said Thursday during a webcast with Princeton University. "It's getting control of the spread of the virus, which we have not been able to do with much success yet. But it's also developing medical innovations for treatment and ultimately vaccination."

Biden's plan also calls for hiring 100,000 additional public health workers, and a more robust surveillance system to watch for new and challenging mutations of the virus.

The president-elect praised Congress for approving additional economic relief last month, but cautioned that was only a "down payment."

Biden will now ask lawmakers to spend heavily on measures designed to cushion the economic fallout from the pandemic, including expanded unemployment benefits and additional direct payments to most Americans.

Among the measures he will propose are $1,400 in relief payments to most adults and children, which would come in addition to the $600 payments that were approved in December.

Congress voted last month to extend emergency unemployment benefits through March and boost those benefits by $300 per week. Biden's plan would increase the additional benefits to $400 per week, and extend them through September, or longer if economic conditions warrant.

As of mid-December, more than 18 million Americans were receiving some form of unemployment assistance. The economy has recovered just over half the 22 million jobs that were lost in the spring, and payrolls shrank in December for the first time in eight months.

The plan would also extend a federal moratorium on evictions through September and provide $30 billion in additional aid to struggling renters.

Biden also proposed $350 billion in emergency funding for state and local governments — an idea which congressional Republicans have so far rejected.

State and local governments have cut 1.3 million jobs since the pandemic began and have struggled financially as tax revenues declined while costs related to fighting the pandemic surged last year.

Biden's plan also calls for $15 billion in grants to small businesses, as well seed money for as much as $175 billion in low-interest business loans.

The president-elect suggested Congress pay particular attention to helping restaurants and other in-person businesses that have been particularly hard-hit by the pandemic.

Looking ahead at recovery

Lastly, Biden advisers have characterized his proposal as a combination of "rescue" measures to combat the immediate pain of the recession and "recovery" initiatives designed to address longer-term economic challenges.

The latter category includes his push for a $15 minimum wage — a goal pushed by many Democrats but opposed by many Republicans — and increased tax subsidies for families with children.

"We didn't get into all this overnight," Biden said of the nation's twin challenges of the pandemic and recession. "We won't get out of it overnight. And we can't do it as a separated, divided nation. The only way we can do it is to come together. To come together as fellow Americans, as neighbors."