Accessibility links
Amazon Warehouse Workers To Decide Whether To Form Company's 1st U.S. Union Although the company has unionized workers in Europe, it has held off organizing efforts here. About 6,000 workers at an Amazon facility in Alabama can cast a mail-in ballot starting Feb. 8. 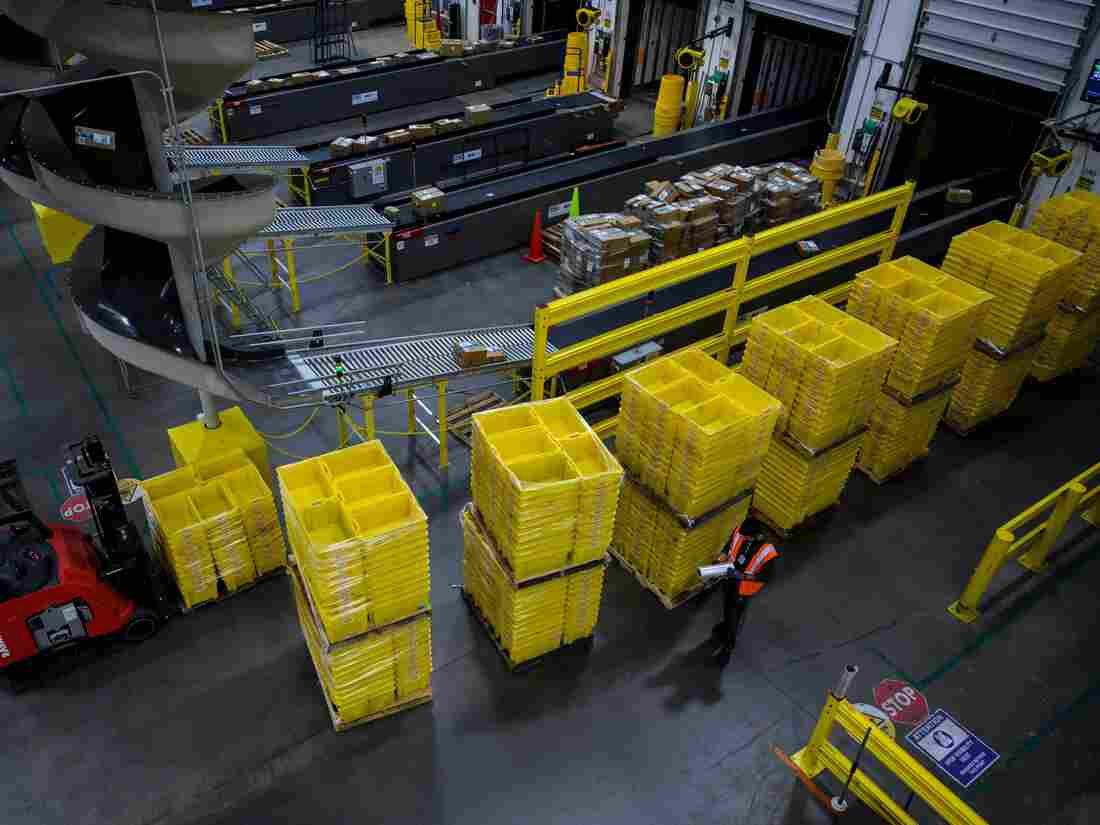 Workers at an Amazon fulfillment center on Staten Island in New York City and across the U.S. have not been unionized. That could change in Alabama. Johannes Eisele/AFP via Getty Images hide caption 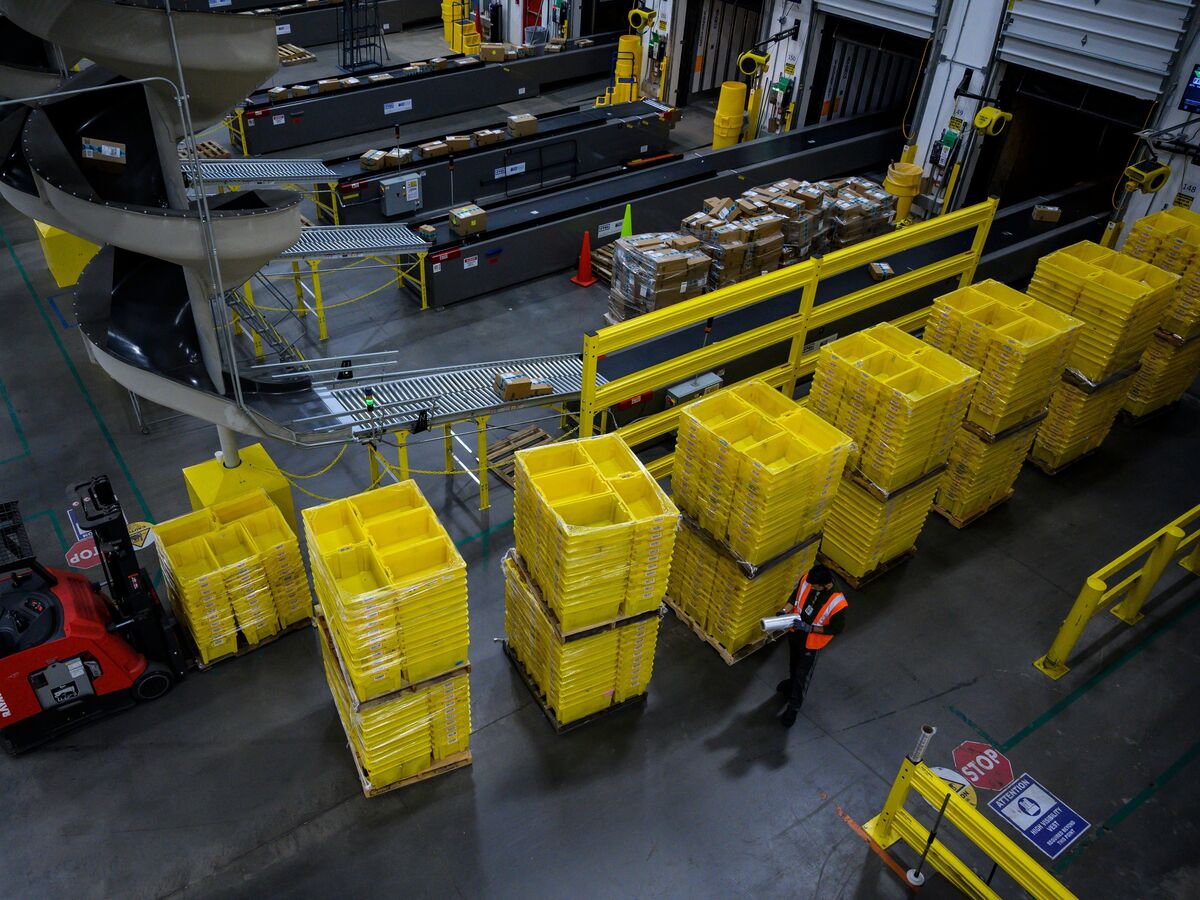 Workers at an Amazon fulfillment center on Staten Island in New York City and across the U.S. have not been unionized. That could change in Alabama.

Some 6,000 workers at Amazon's warehouse in Bessemer, Ala., will begin voting next month on a groundbreaking possibility: the first union in the company's U.S. history.

The National Labor Relations Board on Friday scheduled the vote by mail because of coronavirus concerns. It will begin Feb. 8 and continue through March 29. Workers at one of Amazon's newest facilities are deciding whether to join the Retail, Wholesale and Department Store Union.

Friday's ruling came after the agency facilitated a hearing in which Amazon and the retail workers union hashed out who should be included in the bargaining unit and how the vote should take place. Both parties agreed that hundreds of seasonal workers should be eligible to cast ballots. The NLRB rejected Amazon's calls for a traditional in-person vote in favor of balloting by mail.

"The biggest thing is Amazon is one of the biggest employers in the United States, and they're heavily, heavily anti-union," said Arthur Wheaton of the Worker Institute at Cornell University. "So if you can start to get some of their U.S.-based (workers) successfully organized with the union, then that could lead to other cities also doing that."

Unions are a prominent presence at Amazon in Europe, but for years, the company successfully fought off labor organizing efforts in the United States. The last vote on unionization at the company happened in 2014, when a small group of maintenance and repair techs at a Delaware warehouse voted against joining the International Association of Machinists and Aerospace Workers.

In a statement on Friday, Amazon spokesperson Heather Knox said the company maintained that "a valid, fair and successful" unionization election was one conducted in person.

"The onsite voting proposal, which is in the best interest of all parties — associate convenience, vote fidelity, and timeliness of vote count — was not accepted," Knox said. "We will continue to insist on measures for a fair election, and we want everyone to vote, so our focus is ensuring that's possible."

Amazon has said that between March and mid-September, it employed almost 1.4 million front-line workers across Amazon and Whole Foods in the United States. The company earlier argued the petitioners did not represent "the majority of our employees' views" and touted the warehouse facility's pay and benefits.