Accessibility links
With Child Hunger Rising, A Federal Aid Program Has Stalled The federal government has yet to approve plans in most states for giving out money that was authorized in October. 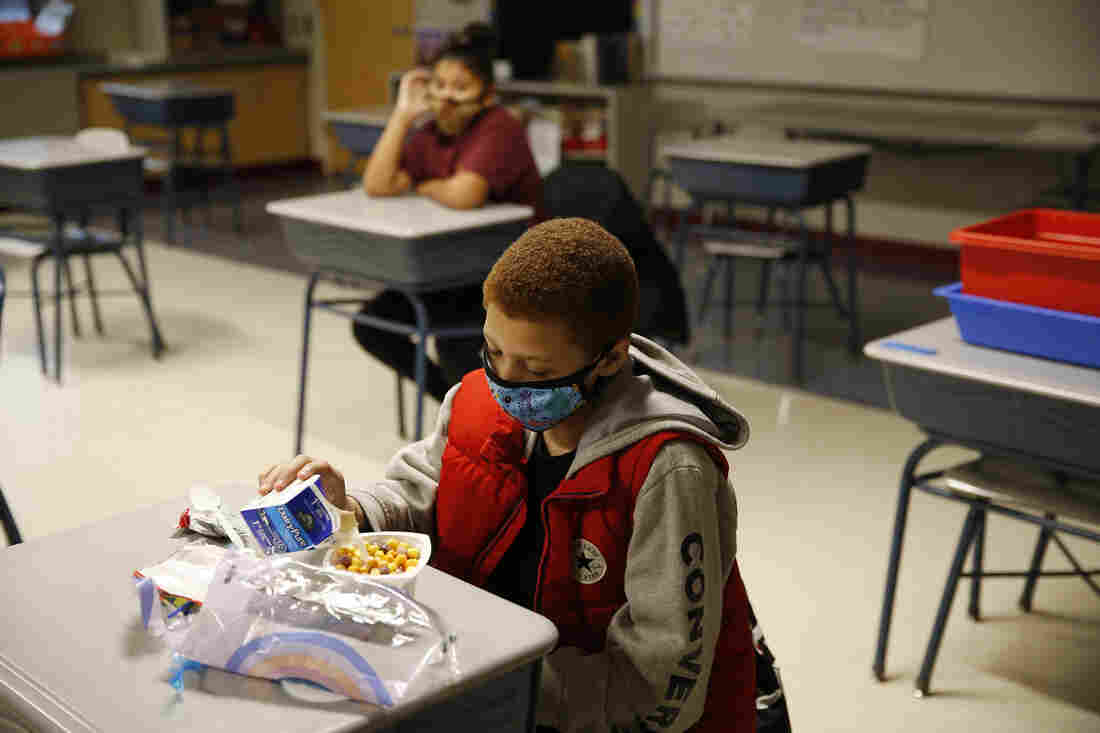 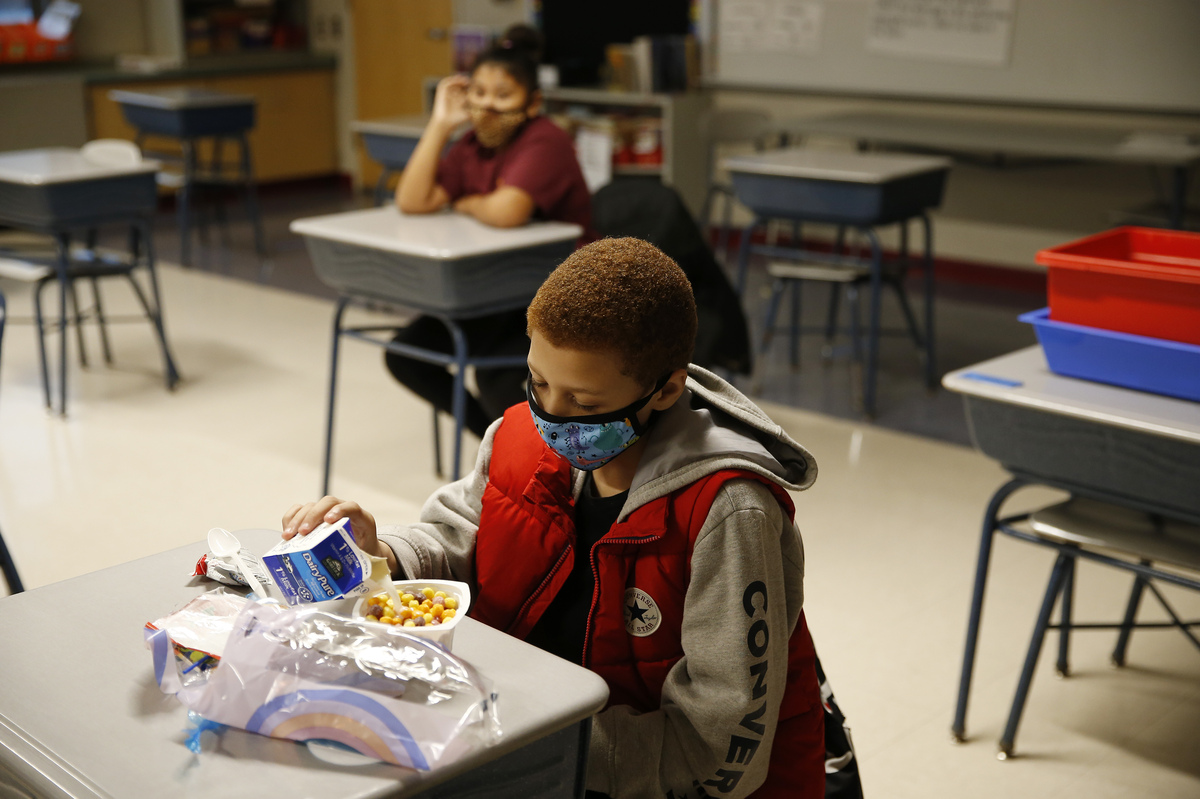 When schools shut down in the spring, that raised immediate worries about the nearly 30 million children who depend on school food. Those worries were essentially borne out, with researchers reporting a large rise in child hunger.

According to a report from Feeding America, 1 in 4 households with children experienced food insecurity in 2020. "These are just levels that we've never seen before," says Diane Schanzenbach, an economist at Northwestern University.

Typically, she says, when families are having trouble stretching their food budget, the adults will go without food before allowing the children to go hungry. But in April, with shutdowns at their most acute, nearly 20% of mothers said their children themselves didn't have enough to eat. That's compared with fewer than 5% in 2018.

School food programs have been working hard: offering groceries, pre-prepared meals and everything in between. But as we've reported, it often isn't enough.

One federal program did make a difference. Congress passed a law giving families the cash value of the meals they missed when schools were closed.

States loaded this money directly onto existing EBT cards (EBT is the program formerly known as food stamps). Or, if your family didn't have food stamps already, you might get a debit card in the mail with hundreds of dollars on it to spend at any grocery store. Families were eligible for $117 per child per month.

Lauren Bauer, a scholar for the Brookings Institution, estimated that all by itself, Pandemic EBT, as it was known, lifted between 2.7 million and 3.9 million children out of hunger.

But that was last spring.

Congress reauthorized the benefits for this current school year on Oct. 1. And the benefit was supposed to be extended to younger children as well. The potential value, estimates Bauer: $12 billion.

So far, so good. But the plan ran into a wall of bureaucracy. One complication was that this fall, not every school around the country was closed all month. Closures varied week to week, state to state, district to district, and even school to school.

States were supposed to calculate the number of missed meals and give the money out equitably. But, Bauer explains, "the states are not getting good guidance from USDA about how to simplify the implementation of the program. And so as a result, everything has been in a holding pattern."

The U.S. Department of Agriculture didn't issue guidance to states on plans for how to do this for six weeks. So far, they have approved only the plans from Massachusetts, Indiana and Rhode Island. And they haven't yet touched the issue of how to give out the money to children under 6.

USDA provided NPR with a statement that read in part: "USDA remains committed to providing states with technical assistance that delivers benefits to eligible children and responds to changes in schools' instructional models and children's eligibility over the course of the school year. USDA will continue to actively partner with states to understand their concerns, streamline processes, and provide benefits in accordance with our authority."

Bauer says that the government needs to do more, and faster. "The long and short of it is for the past three-plus months, states should have been able to distribute more than $100 of food benefits per child [per month]," she says. "And USDA is not making it easy for any state to roll out this program."

Tom Vilsack, Joe Biden's nominee for secretary of agriculture, did not respond to a request for comment.