Accessibility links
Poll On Capitol Riot: Majority Of Americans Blame Trump In the latest NPR/PBS NewsHour/Marist poll, 58% say Trump is responsible for the riot at the Capitol, but most Republicans don't — and most of them don't accept the accuracy of the election either.

Poll: Majority Of Americans Blame Trump For Violence At Capitol

Poll: Majority Of Americans Blame Trump For Violence At Capitol 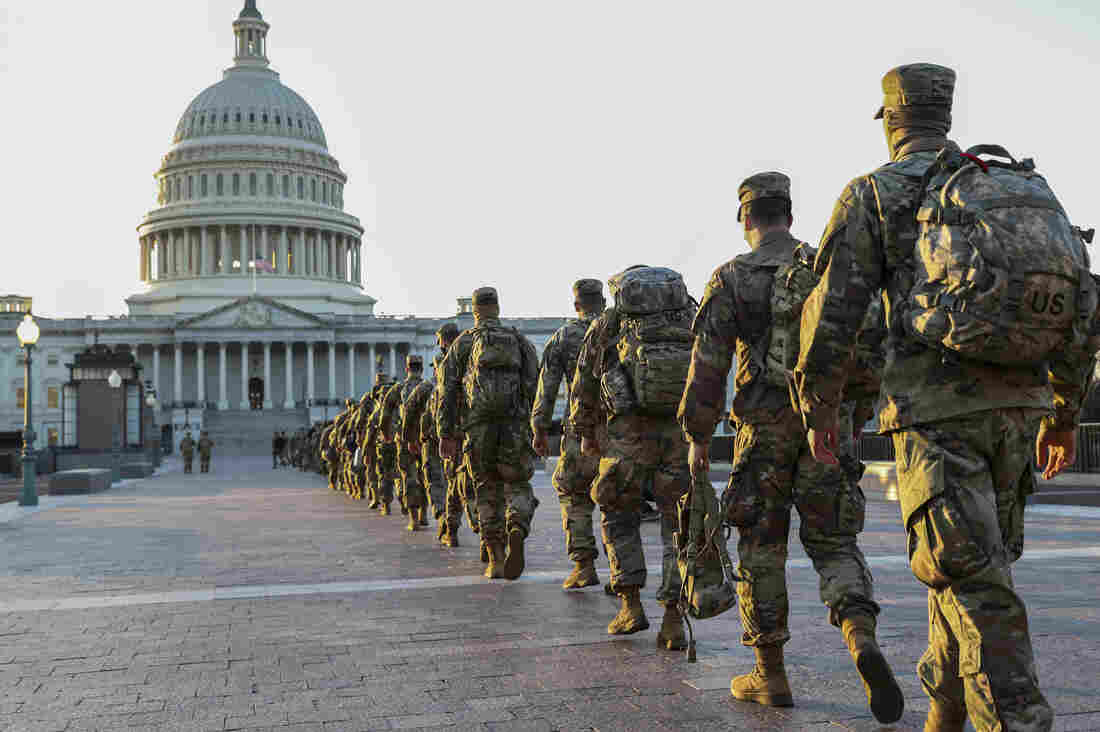 Members of the National Guard arrive at the U.S. Capitol this week to assist with security ahead of President-elect Joe Biden's inauguration. A new poll finds 58% of Americans think President Trump is to blame for last week's violence. Tasos Katopodis/Getty Images hide caption 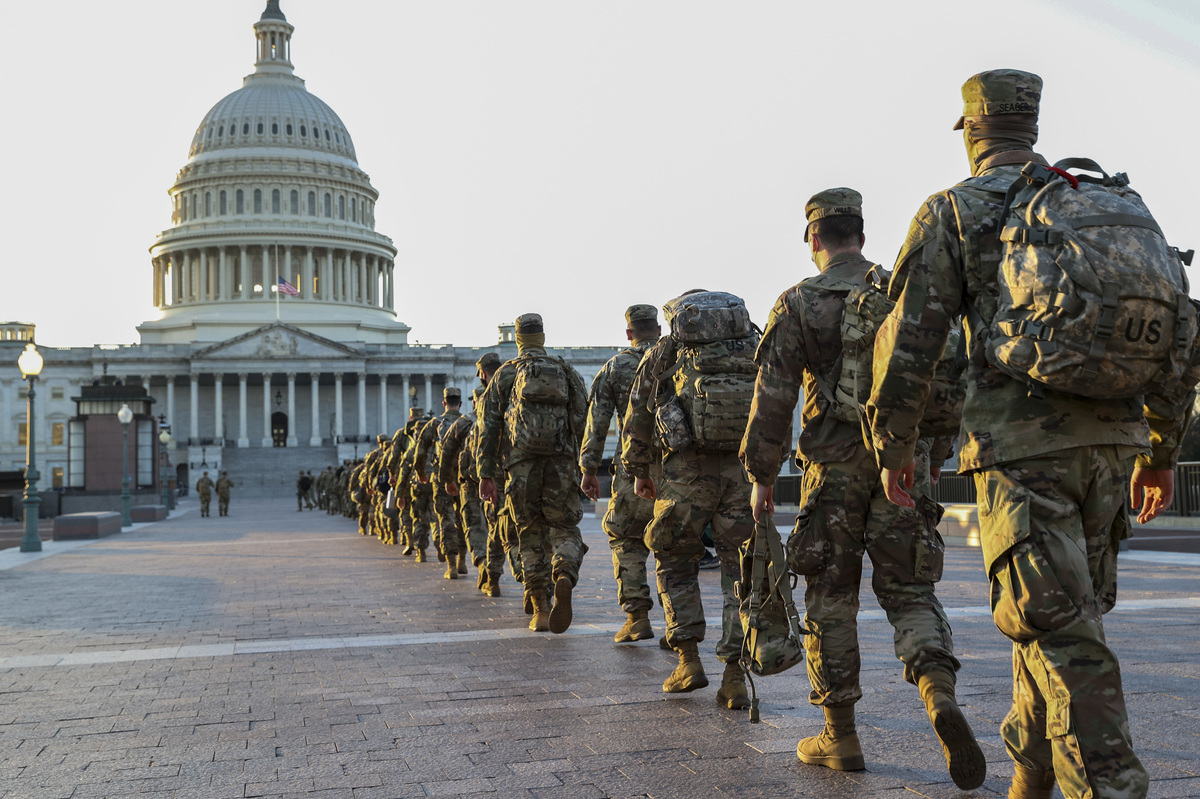 Members of the National Guard arrive at the U.S. Capitol this week to assist with security ahead of President-elect Joe Biden's inauguration. A new poll finds 58% of Americans think President Trump is to blame for last week's violence.

Almost 6 in 10 Americans said they blame President Trump for the violent insurrection that took place Jan. 6 at the U.S. Capitol by a mob of his supporters, according to the latest NPR/PBS NewsHour/Marist poll.

But they are split on whether Congress should continue to take action against him after he leaves office next week, and half believe social media companies such as Facebook and Twitter — which have banned him from their platforms — should not continue to restrict Trump after Wednesday.

Eight in 10 Republicans disagree that Trump is to blame for the violence, don't believe social media companies should continue restrictions on him and don't trust that results of the 2020 election were accurate. That's despite no evidence of widespread fraud and Trump's own administration saying the election was the "most secure in American history."

Trump has continued to claim falsely that the election was stolen and rigged, repeating that message to tens of millions of his followers. That was amplified by conservative media in the lead-up to the violence Jan. 6 that was intended to stop the ceremonial counting of the Electoral College votes from the states that showed Democrat Joe Biden won the presidential election.

To date, Trump has still not conceded, even after the House impeached him for a second time Wednesday. Following the vote, Trump released a video denouncing plans for further violence and promised a peaceful transition, but he did not congratulate Biden on his victory.

The survey was conducted Monday through Wednesday this week. About two-thirds of the interviews were conducted before Trump was impeached. It has a margin of error of plus or minus 3.5 percentage points.

Predictably, there is a sharp partisan divide — 92% of Democrats and 55% of independents blame Trump, but 82% of Republicans do not.

Two-thirds of college graduates, nonwhites, those who live in cities and suburbs blame Trump a great deal or good amount.

Republican women (89%), Republican men (75%), white evangelical Christians (65%), whites without a college degree (52%) and those who live in rural areas (51%) are among the most likely to say they either blame Trump "not very much" or "not at all."

Accepting the results of the election

When it comes to trusting that the results of the election are accurate, 60% said they do, while 38% said they don't.

As with most things in the Trump presidency, there's a big split between whites with college degrees and those without — 67% of whites with degrees trust the results, while 50% of whites without do not.

There's also a predictable race and age split — 67% of nonwhites trust the result, compared with 56% of whites; 68% of Generation Z and millennials (those under 40) trust them, compared with 51% of Gen Xers, 59% of baby boomers and 55% of the "silent/greatest" generation (those over 74).

Taking action against Trump after he leaves office

Whether Congress should continue to take action against Trump for the Capitol violence is more controversial than whether he is to blame.

Americans are split on this question. By a statistically insignificant margin, 49% to 48%, they think Congress should. Among registered voters, however, it turns slightly more opposed, 50% to 47%.

The key here is independents. While 84% of Democrats think Congress should continue to pursue action and 88% of Republican think it should not, independents by a 13-point margin said it should not (55% to 42%).

On this question, there is a bit of a split between Democratic men and women, with Democratic women more likely to say keep going, 91% to 76%. Republican women, however, are the mirror opposite, with 92% opposed.

By a 50%-43% margin, Americans do not think social media companies should continue to restrict Trump's use of their platforms beyond his term as president.