Accessibility links
Police Arrest Man With Handgun, Woman Impersonating Officer Near D.C. Checkpoints In separate incidents over the weekend, police arrested a 63-year-old woman who claimed to be an officer and a 22-year-old man carrying a firearm, high-capacity magazines and unregistered ammunition. 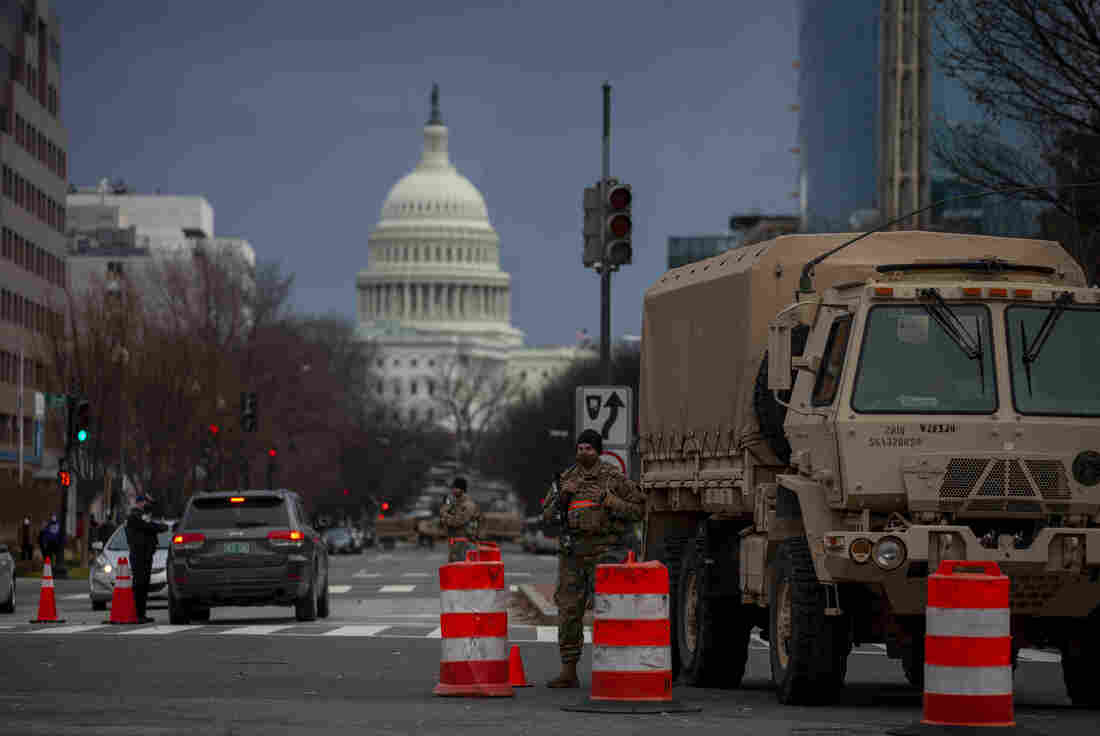 One of the many security checkpoints in Washington, D.C., ahead of Wednesday's inauguration ceremony. Tyrone Turner/WAMU hide caption 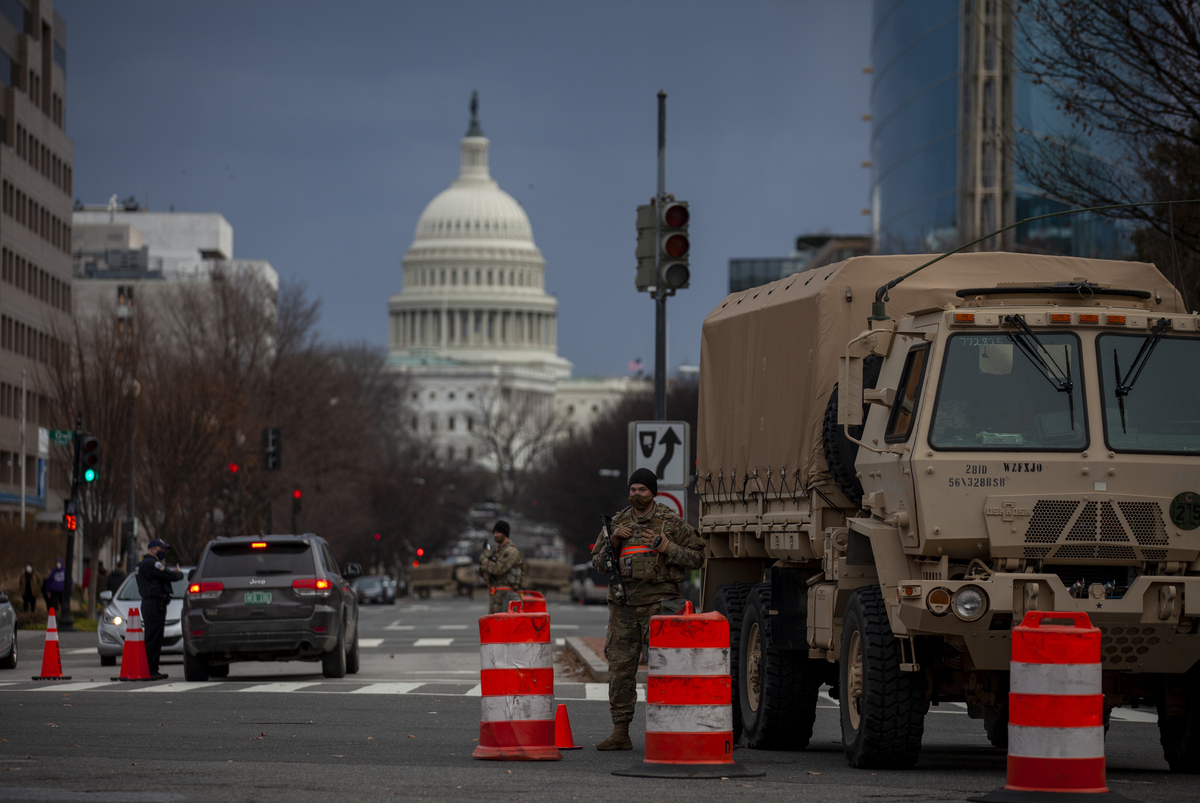 One of the many security checkpoints in Washington, D.C., ahead of Wednesday's inauguration ceremony.

Police have arrested two more people near security checkpoints in Washington, D.C., where security is heightened over concerns about potential violence on fast-approaching Inauguration Day.

According to the Metropolitan Police Department, Guy Berry of Gordonsville, Va., was walking in the 200 block of Massachusetts Avenue NE with a Glock 22 "clearly visible in a holster." Officers who stopped him "concluded" that he was not allowed to carry a handgun in D.C., said the police report provided to NPR.

Berry was arrested for carrying a pistol without a license, possession of a large-capacity ammunition feeding device and unregistered ammunition. He remains in custody as of Sunday early afternoon, police said.

A voicemail message left at a phone number listed for Berry was not immediately returned. 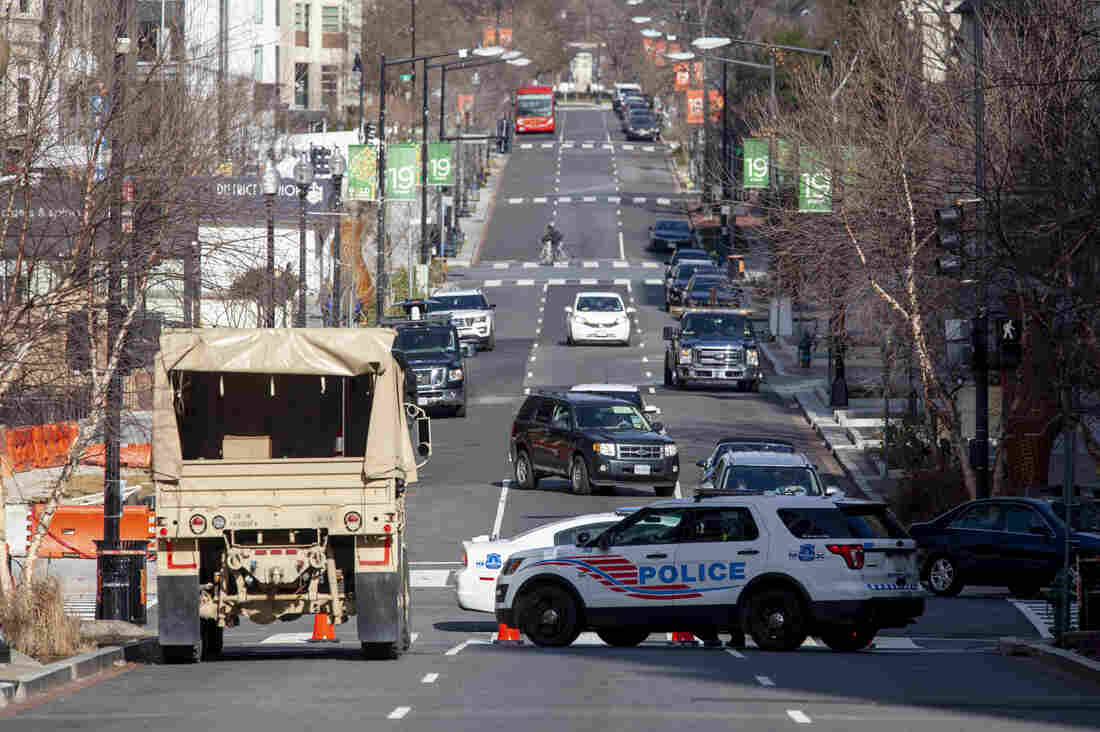 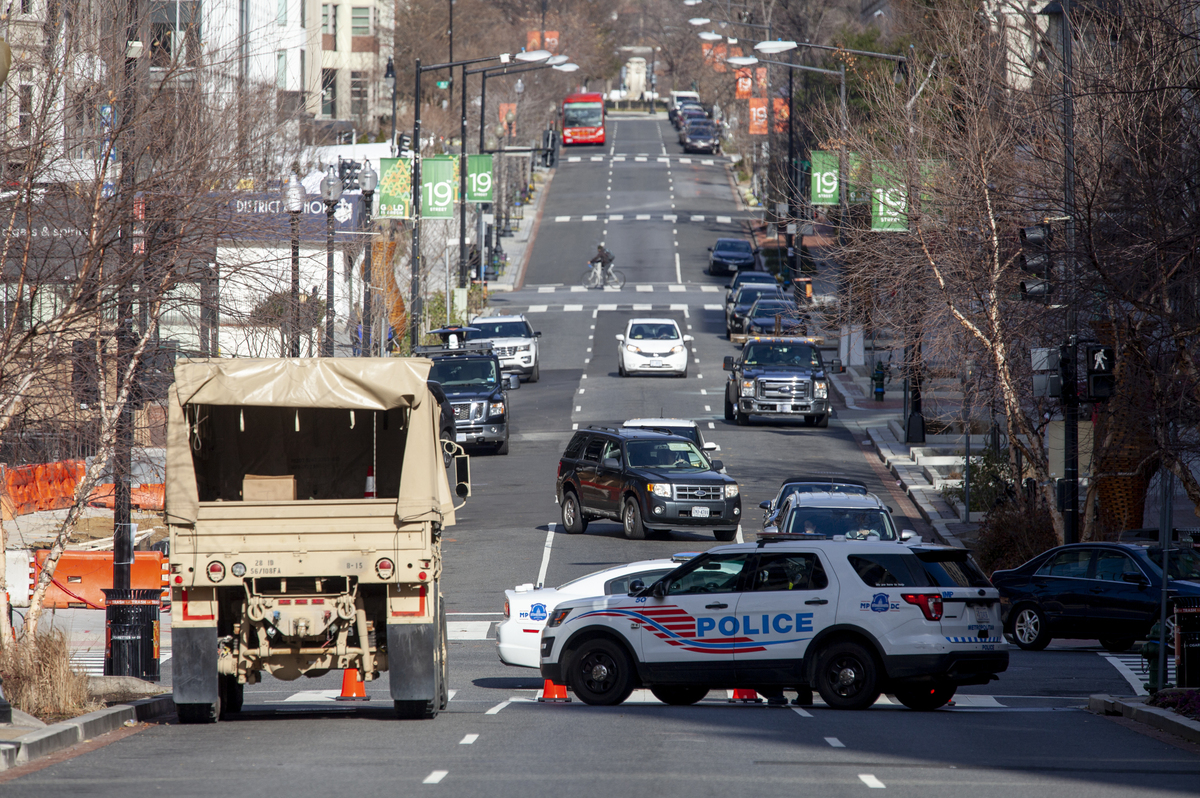 Security measures continue to be heightened around Washington, D.C., following the Capitol riot.

And on Saturday, a woman claiming to be a law enforcement officer and part of the presidential Cabinet was stopped at an inauguration checkpoint, where U.S. Capitol Police say they arrested her for impersonating an officer as well as failing to obey and fleeing from law enforcement.

In an email to NPR, the MPD identified the woman as 63-year-old Linda MaGovern of Stratford, Conn.

MaGovern approached a security checkpoint near Union Station around 8:45 a.m. in her vehicle, according to the police report. She said she was a law enforcement officer and presidential Cabinet member, and she "was displaying a round metallic object later identified as a Military Police Challenge Coin."

The report says officers asked MaGovern to put her vehicle in park three times and she complied, but fled northbound when asked for her driver's license.

"As the USCP officers questioned the Suspect, she drove off in the vehicle, and again was stopped at 50 Massachusetts Avenue," USCP said in a press release.

Following her arrest, police said MaGovern was transported to the D.C. Comprehensive Psychiatric Emergency Program for evaluation before being processed at USCP headquarters and taken to the D.C. jail.

A total of three people have been arrested near security checkpoints, which were set up following the Jan. 6 insurrection at the Capitol and ahead of Wednesday's presidential inauguration. On Friday, a truck driver was arrested near the Capitol with a loaded handgun and hundreds of rounds of ammunition.