Accessibility links
Warnock Calls For Equity And Integrity In Sermon At Ebenezer Baptist Ahead Of MLK Day Georgia Sen.-elect Raphael Warnock took to the pulpit at Martin Luther King Jr.'s spiritual home for a sermon honoring the civil rights icon and calling for his work to continue. 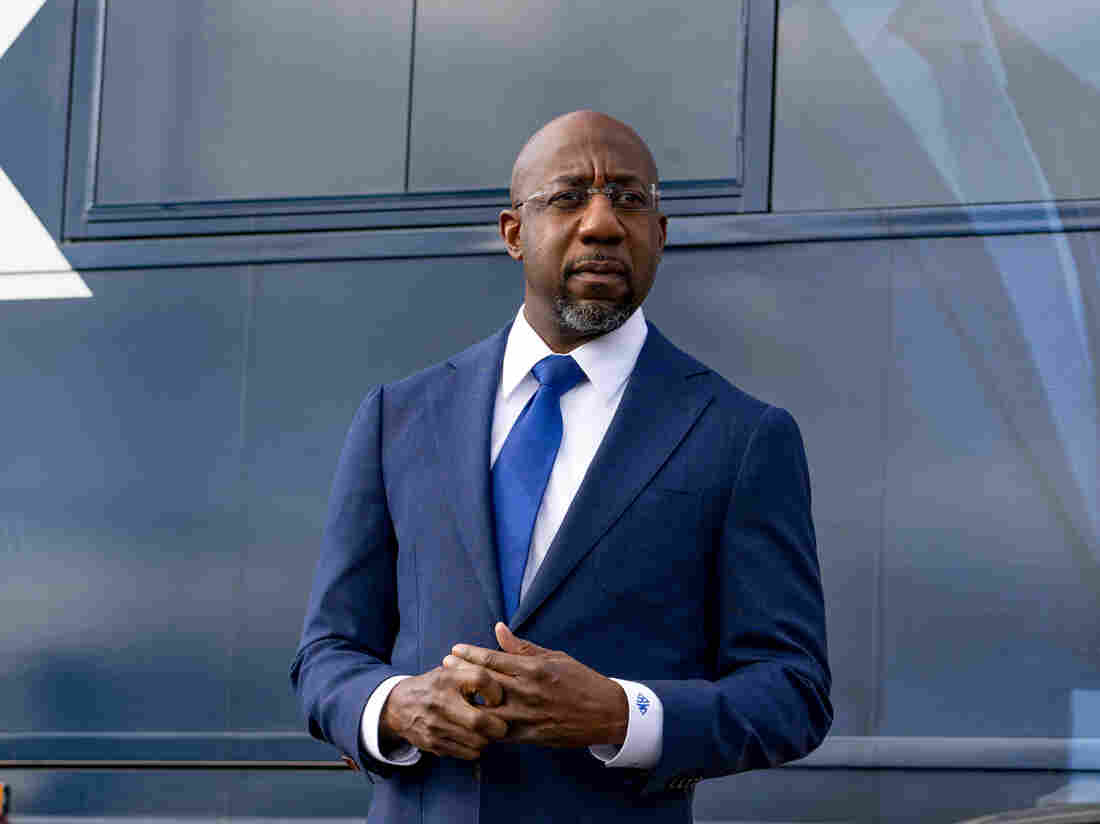 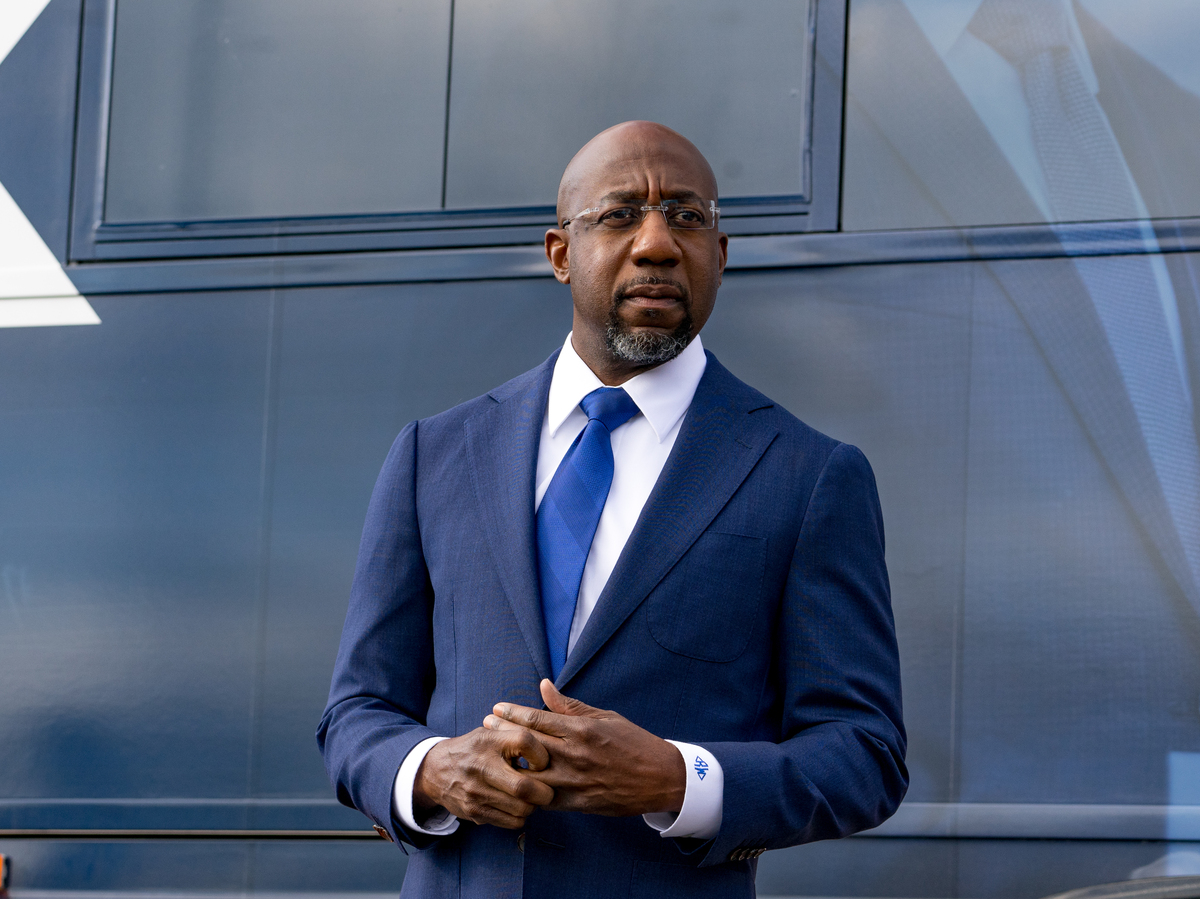 Sen.-elect the Rev. Raphael Warnock, shown campaigning earlier this month, called for equity and inclusivity in a sermon ahead of Martin Luther King Jr. Day, delivered from the late civil rights icon's church.

One day ahead of the federal holiday honoring the Rev. Martin Luther King Jr., Georgia Sen.-elect the Rev. Raphael Warnock took to the pulpit of the civil rights icon's spiritual home to preach a message of equity, integrity, possibility and inclusivity.

Warnock, who served as the senior pastor of Ebenezer Baptist Church in Atlanta for more than a decade before his election to the Senate, spoke at length about "God's vision of the land" in a livestreamed sermon that paid tribute to King's work and the ways in which it continues today.

'Welcome To The New Georgia': Raphael Warnock On His Win In Senate Runoff

The wide-ranging sermon touched on a number of issues related to politics, the economy, the criminal justice system and public health. Warnock offered words of hope from the Book of Isaiah, asserting that God's vision of the land is one of equality, integrity, possibility and unity, even if societal divisions have made it appear blurry.

Warnock spoke of a "dark and difficult period" marked by the coronavirus pandemic, associated economic downturn and dangerous political rhetoric culminating in the insurrection at the Capitol earlier this month, which he described as an attack "by those who are driven by the worst impulses, stirred up by demagogues."

"There is a sense in which the world is in flux, and when that happens there are always those demagogues who are trying to scapegoat those other people, and stirring up the worst types of stereotypes and creating all kinds of division: age-old racial and religious resentments, divisions that blur our vision," Warnock said. "While we're busy going after one another, attacking one another, the high sit increasingly high and the low sit extremely low."

At one point, Warnock spoke about the Poor People's Campaign, King's "last big push" before his assassination in 1968. Warnock drew parallels between that crusade and the injustices facing poor and marginalized populations five decades later.

He also addressed the ongoing fight for racial justice, noting the similarities between the campaign's slogan of "I am a man" and today's refrain that Black lives matter, before slamming police brutality and political corruption.

For example, Warnock said, Eric Garner and George Floyd were killed by police over loose cigarettes and a fake $20 bill, respectively, while he said Wall Street bankers were not held accountable for destroying "billions of dollars of household wealth." Breonna Taylor was killed while sleeping by police officers who said they were looking for a drug pusher, he added.

"Anybody who understands the opioid epidemic in America and its evolution knows that the biggest drug pushers are the drug companies," Warnock said. "But nothing happens to them because so often those who make the laws are owned by them. But I've decided that I'm going to keep speaking the truth."

Warnock acknowledged that some may get tired of singing "We Shall Overcome" on Martin Luther King Jr. Day, adding that people have retorted "I wonder when." He encouraged listeners not to give up, and to be mindful of the progress being made even if it's far from complete.

Historically Black colleges and universities, Warnock said, have "overperformed" despite having been long underfunded. He continued with some examples:

"[They] have now produced a vice president named Kamala, a mayor named Keisha, a leader and visionary named Stacey and a United States senator named Raphael."

Warnock and fellow incoming Georgia Sen. Jon Ossoff will be sworn in once the state certifies its election results, which The Washington Post reports is expected to happen around Jan. 20.