1. Bernice: "It's Me, Robin" from Eau de Bonjourno
2. Nana Yamato: "Do You Wanna" from Before Sunrise
3. Darkside: "Liberty Bell" from Spiral
4. Nora Brown: "East Virginia" from Cinnamon Tree
5. Steady Holiday: "Love Me When I Go To Sleep" from Take The Corners Gently
6. Steven Wilson: "King Ghost" from The Future Bites 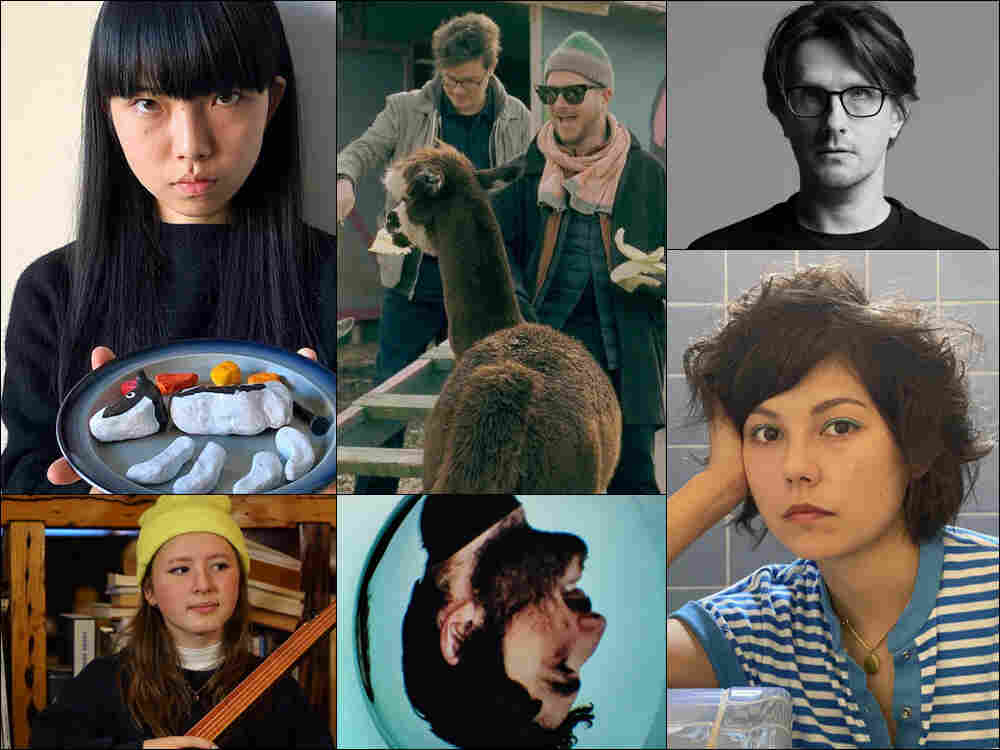 Several discoveries for me on this edition of All Songs Considered, including a band called Bernice. The Toronto group's quirky electronic sound contains a message of understanding and acceptance. Nana Yamato is a young artist from Japan who, as a teenager, grew up spending time doing her homework in record shops and ingesting the sounds of indie bands and then making her own brand of music in her bedroom. We then hear Nora Brown, an extraordinary 15-year-old singer and banjo player who's been spending her time listening to the stories of old-time banjo players and honing her craft. The artist known as Steady Holiday, whose song "Living Life" was one of my top 10 songs of 2020, has a new track that she sings to her 92-year-old grandfather titled "Love Me When I Go To Sleep."

And then we hear from a few more seasoned veterans taking sonic adventures, including Steven Wilson and Darkside, the duo of Dave Harrington and Nicolas Jaar.

1. Bernice: "It's Me, Robin" from Eau de Bonjourno

2. Nana Yamato: "Do You Wanna" from Before Sunrise

5. Steady Holiday: "Love Me When I Go To Sleep" from Take The Corners Gently