Accessibility links
Mets Terminate General Manager Who Reportedly Sent Lewd Texts To Reporter The team's owner said Jared Porter has been terminated after ESPN reported he repeatedly sent explicit messages to a reporter while he worked for the Chicago Cubs in 2016. 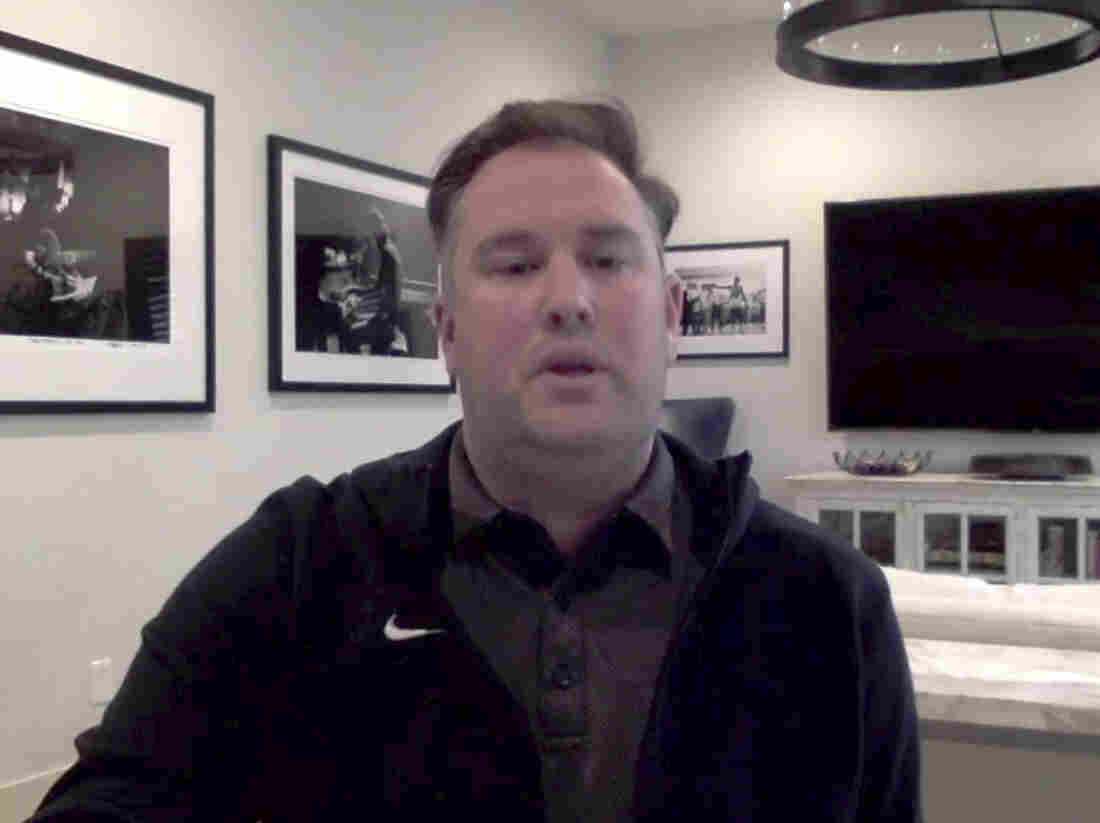 This screen grab from a December Zoom call shows New York Mets general manager Jared Porter. Porter sent graphic, uninvited text messages and images to a female reporter in 2016 when he was working for the Chicago Cubs in their front office, ESPN reported Monday night. Zoom via AP hide caption 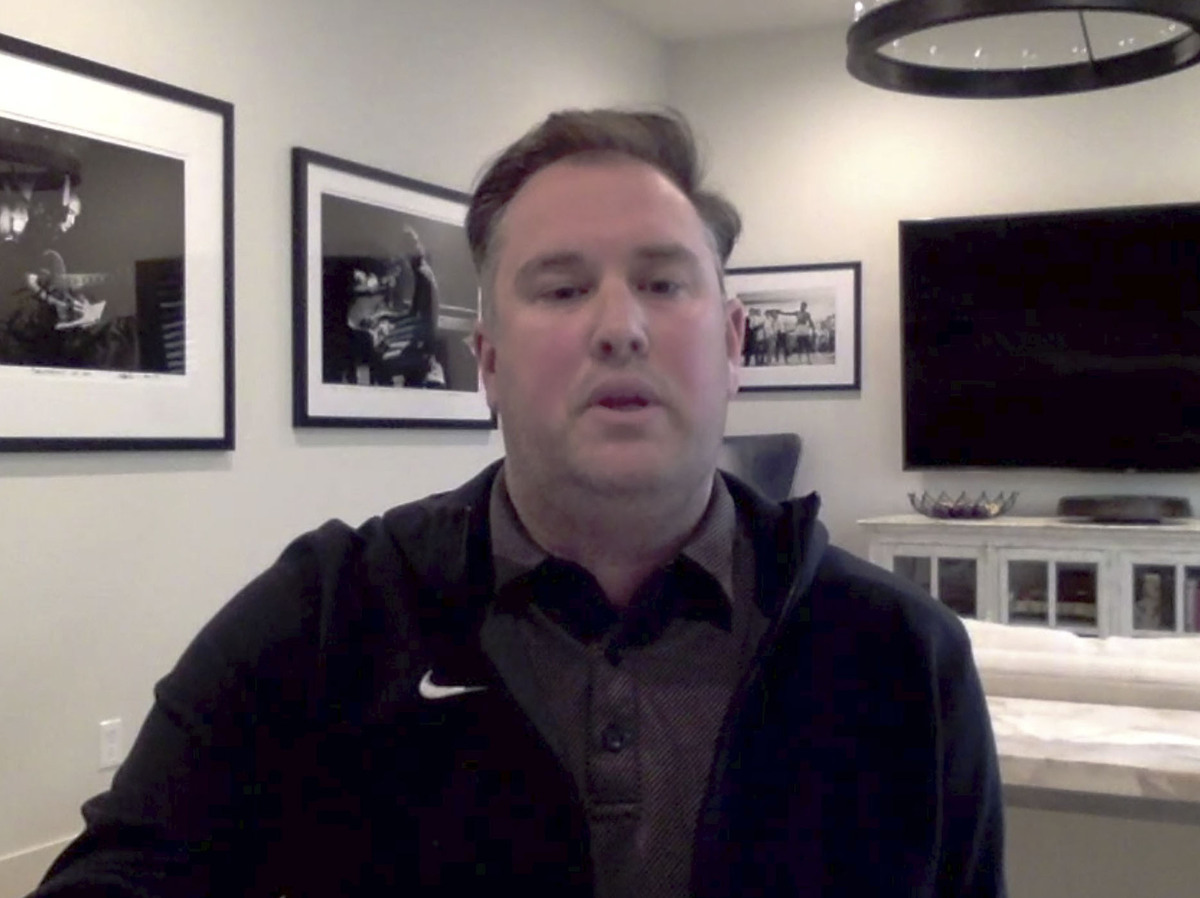 This screen grab from a December Zoom call shows New York Mets general manager Jared Porter. Porter sent graphic, uninvited text messages and images to a female reporter in 2016 when he was working for the Chicago Cubs in their front office, ESPN reported Monday night.

Porter sent explicit, unsolicited texts of himself repeatedly to the journalist in 2016, ESPN reported on Monday evening. At the time, Jared Porter was the director of professional scouting for the Chicago Cubs. The reporter moved to the U.S. from an unnamed foreign country to cover Major League Baseball, according to ESPN.

She said she initially thought Porter was "volunteering himself as a source," the sports network reported. In messages obtained by ESPN, Porter texted, "You're gorgeous. Want more of me?"

The reporter told ESPN that she said yes, adding, "I thought it would be awkward to say no. I didn't think of where it would progress."

He then reportedly sent a selfie of a man's trousers with a bulge in the crotch.

The woman stopped responding, ESPN reported. But then "Porter would send 62 unanswered texts ... between July 19 and Aug. 10," ESPN said, including one of an erect penis. At one point Porter reportedly asked, "Am I annoying you?" and "Why won't you answer me beautiful?"

The journalist, who's since returned to her home country and changed professions, told ESPN that she didn't know how to respond to the repeated messages. She's asked not to be identified out of fear of a backlash. The sports network said it obtained the text messages in 2017 but held the story initially because the woman felt going public with it would hurt her career.

Mets owner Steven Cohen tweeted this morning, "We have terminated Jared Porter." Cohen added, "There should be zero tolerance for this type of behavior."

We have terminated Jared Porter this morning . In my initial press conference I spoke about the importance of integrity and I meant it.There should be zero tolerance for this type of behavior.

"The Mets take these matters seriously, expect professional and ethical behavior from all of our employees, and certainly do not condone the conduct described in your story," Mets president Sandy Alderson said in a statement. "We will follow up as we review the facts regarding this serious issue."

Alderson said Porter has expressed remorse and "has previously apologized for his actions." ESPN reported that Porter acknowledged texting the reporter, and denied that the explicit pictures are of him.

Porter, 41, had been considered a rising star in Major League Baseball. He worked for the Boston Red Sox from 2004 to 2015, rising to the director of professional scouting. From there, he was the top scout at the Chicago Cubs for two seasons before being hired by the Arizona Diamondbacks.