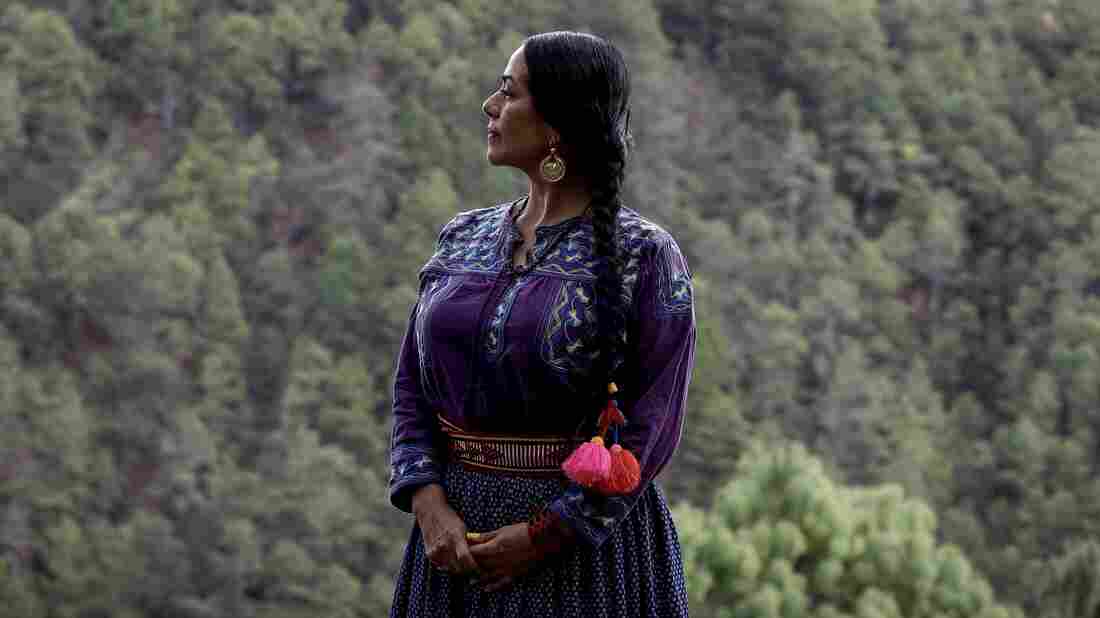 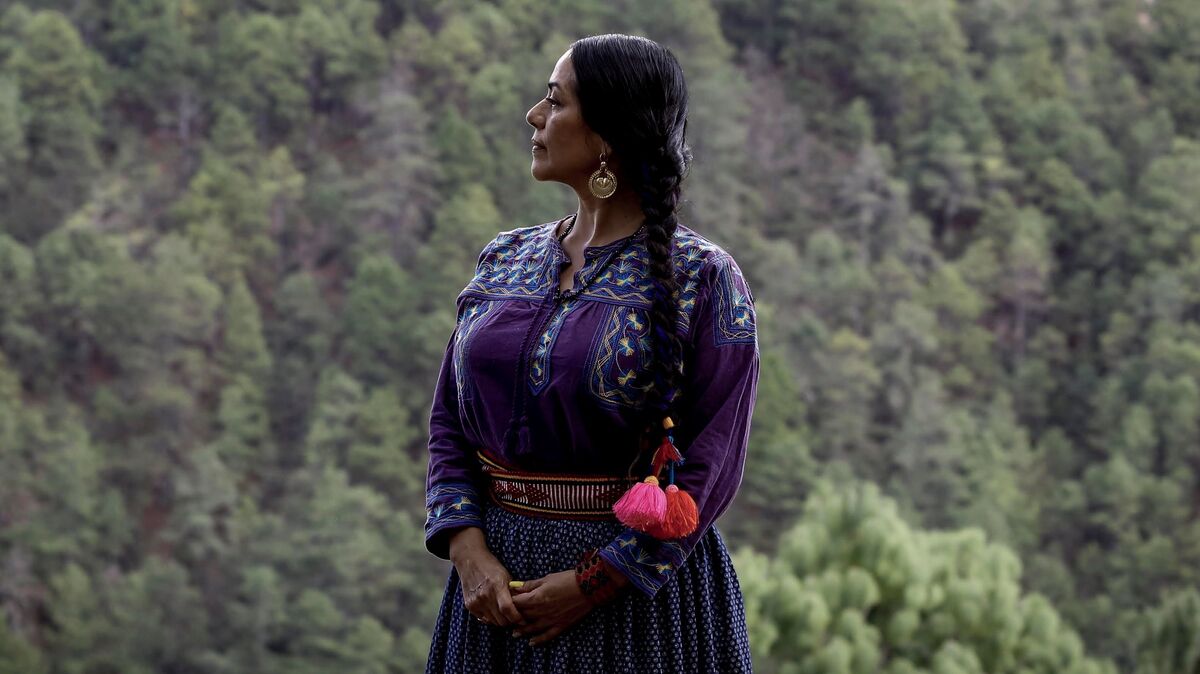 Jennifer Pochat/Courtesy of the artist

The Morning Edition Song Project, where we ask musicians to write an original song about the COVID era, continues today with Lila Downs. The artist grew up splitting her time between Minnesota and Oaxaca, Mexico, and says that she always felt pulled between three different cultures — Indigenous Mixtec, Mexican national and American. So when she agreed to contribute to the series, her tricultural identity played a role. The song Downs wrote, "Dark Eyes," is about essential workers — in particular, workers from Native American communities, who she says are often overlooked.

"It's very easy to become comfortable and somehow be oblivious of all the things that make our life the way that it is, especially in the cities. And I think that both the farm workers and the service workers are the people who still are connected to that," Downs says. "My mother is an Indigenous woman who migrated with my father to Minnesota ... and so I think I live through her vision and through the concern that she always had to not forget her origin, and therefore my origin."

Lila Downs spoke with NPR's Rachel Martin about the stories behind "Dark Eyes" and why she believes some people's labor, even if it's been deemed essential, goes under-recognized. Hear the radio version at the audio link, and read on for an edited transcript.

Rachel Martin: Tell me about this song. Are you harkening back to something that has been perhaps lost?

There's a line in the song that goes, "Everybody's hoping to see you at their door / Taking care of people you don't know." It sounds like a tribute to people who do the work but don't get the recognition.

You know, you see the harsh way that sometimes people are treated in the U.S. There still is a lot of discrimination and racism, and it's a difficult thing to face, especially when they are the people who are providing our food.

Is there someone who inspired this song?

Oh, yeah, I think there are several people. But I remember there was a young man that we knew. He was from an Indigenous group — I believe he was Zapotec. And he came to Mexico City when I first moved there, and he wanted to go to the U.S., of course. I somehow felt like I was a mother figure to him. And I think of so many people like him that are off to the U.S. to find a better place in their lives.

What do you want people to take away from this song?

I want people to think about history, but through the vision of many visions. You know, plural and multicultural, just as all of the U.S. is. And to be respectful and loving to the ways of others. I really do believe it would be a better place in the world if we thought that way a little more.