Accessibility links
'Spoor' Review: Polish Thriller Is A Pulpy Murder Story — And A Utopian Fable Corpses pile up, but there are no human footsteps surrounding the dead bodies — only animal footprints. This strange, darkly funny film mixes feminism, social justice and ecology. 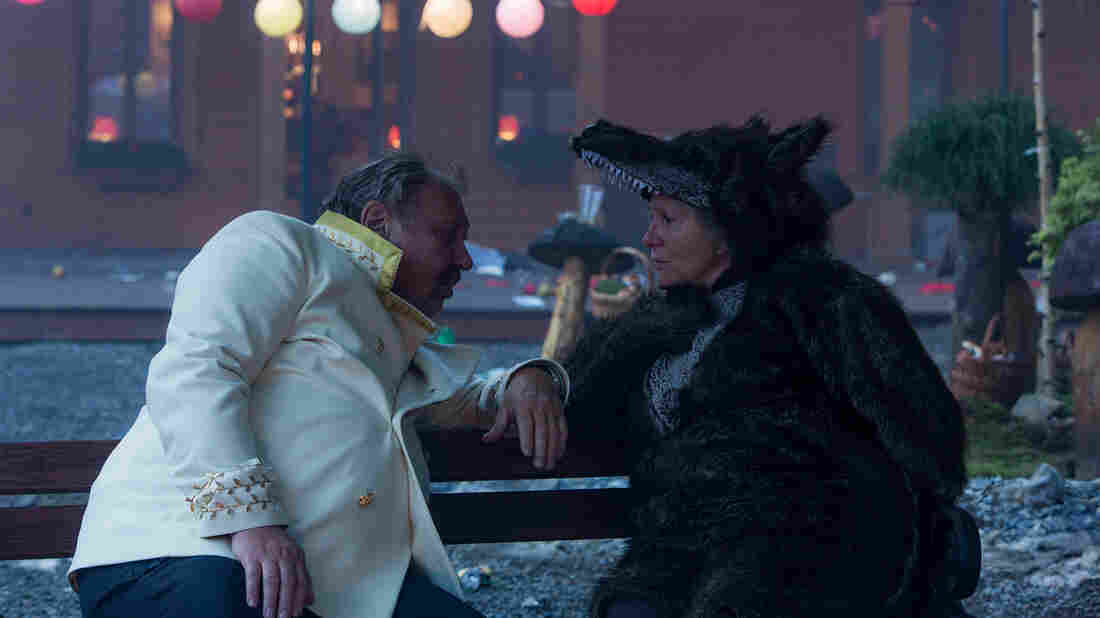 Spoor is a pulpy murder story that's also a utopian fable about feminism, social justice and ecology. The film, which was released in 2017, is newly available for streaming on The Brattle. Courtesy of Samuel Goldwyn Films hide caption 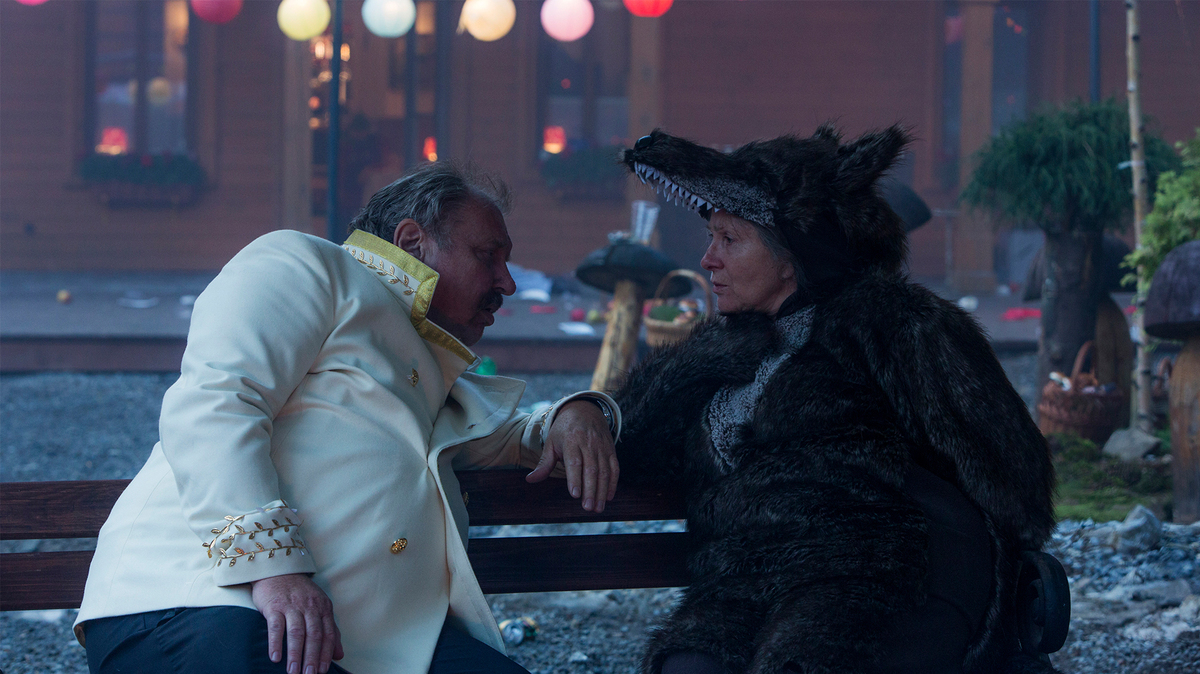 Spoor is a pulpy murder story that's also a utopian fable about feminism, social justice and ecology. The film, which was released in 2017, is newly available for streaming on The Brattle.

During the Cold War, the movies we saw from the Eastern bloc were steeped in politics. They critiqued, more or less obliquely, life under communism. More than 30 years later, the Berlin Wall is long gone, but the films from Eastern Europe haven't lost their political edge. These days, they're critical of post-communist societies that remain harsh and oppressive.

This criticism takes audaciously radical form in Spoor, a fiercely offbeat Polish thriller whose heroine is unlike any woman you typically see onscreen. Based on the terrific novel Drive Your Plow Over the Bones of the Dead by the 2018 Nobel Laureate Olga Tokarczuk, it was directed by the celebrated filmmaker Agnieszka Holland along with her daughter, Kasia Adamik. The result is a film that's strange, darkly funny and powerful. Imagine a pulpy murder story that's also a utopian fable about feminism, social justice and ecology.

Agnieszka Mandat-Grabka stars as Janina Duszejko, a retired engineer who lives in the mountainous countryside of southwest Poland along with her two dogs. Devoted to astrology and the poetry of William Blake, Janina is an instinctive defender of the weak who is especially tormented by the suffering of animals.

Soon mysterious things start happening. Janina's dogs disappear. Then she and a loner named Matoga discover the murdered body of the loathsome neighbor she calls Big Foot. As the police investigation proceeds, Janina spends her time with a small community of outsiders — including a police cyber-guy who has seizures, an innocent young woman forced to work at a brothel, and a visiting Czech entomologist who's studying one of the local beetles. Meanwhile, more corpses start appearing, but there are no human footsteps surrounding the dead bodies, only animal footprints. Could these wild creatures possibly have done it?

If all of this sounds a tad delirious, it is — deliberately so. Rather like Taxi Driver, which showed us an infernal New York City that reflected Travis Bickle's psyche, Spoor gives us rural Poland as it feels to Janina. Working with more stylistic panache than ever before, Holland does a superb job of heightening everything — the majesty of the mist-swaddled countryside, the thrillingly magical visitation of wild animals, the spiritual corruption of those in power.

And in Mandat-Grabka's riveting performance, Janina dives deep into her own volcanic nature. Fueled by visions and moral rage, she lives with fearless intensity, whether teaching English to schoolchildren, yelling at the cops, flirting with the entomologist, or sobbing over a wild boar that's been shot and simply left to die. In an earlier time, her weirdness might've gotten her thought of as a witch.

Janina's rebelliousness is clearly understood by Tokarczuk and Holland, who both know what it is to refuse to go along with those in power. Now 72, Holland left Poland 40 years ago after her films were harshly censored by the Communist Party, beginning a remarkable career in the West that includes everything from Holocaust films to Henry James adaptations to episodes of The Wire. Despite her Nobel, Tokarczuk is hugely controversial in her home country for speaking out against the current Polish government run by the nativist, overtly authoritarian Law and Justice Party.

Although Spoor has one foot in classic noir, it steers clear of that genre's attraction to defeat and destruction. Even as she plunges into the darkness, Janina won't let herself be trapped there. Living her politics, she risks her life to fight what she thinks is a culture of death. Building to an ending worthy of a fairy tale, Spoor makes you feel just how monstrous human beings can be, yet it also suggests that fighting against cruelty can bring you back into the light.