The Agony And Subversion Of The 'Promising Young Woman' Ending

The Agony And Subversion Of The 'Promising Young Woman' Ending 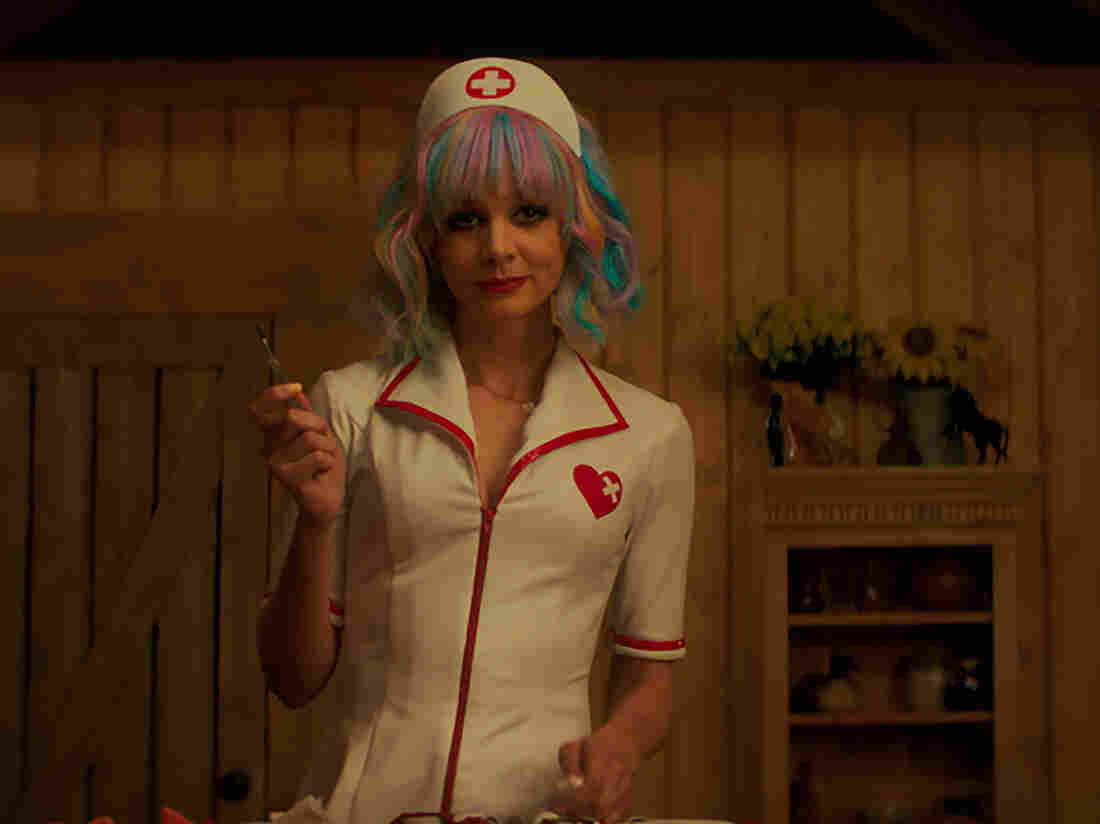 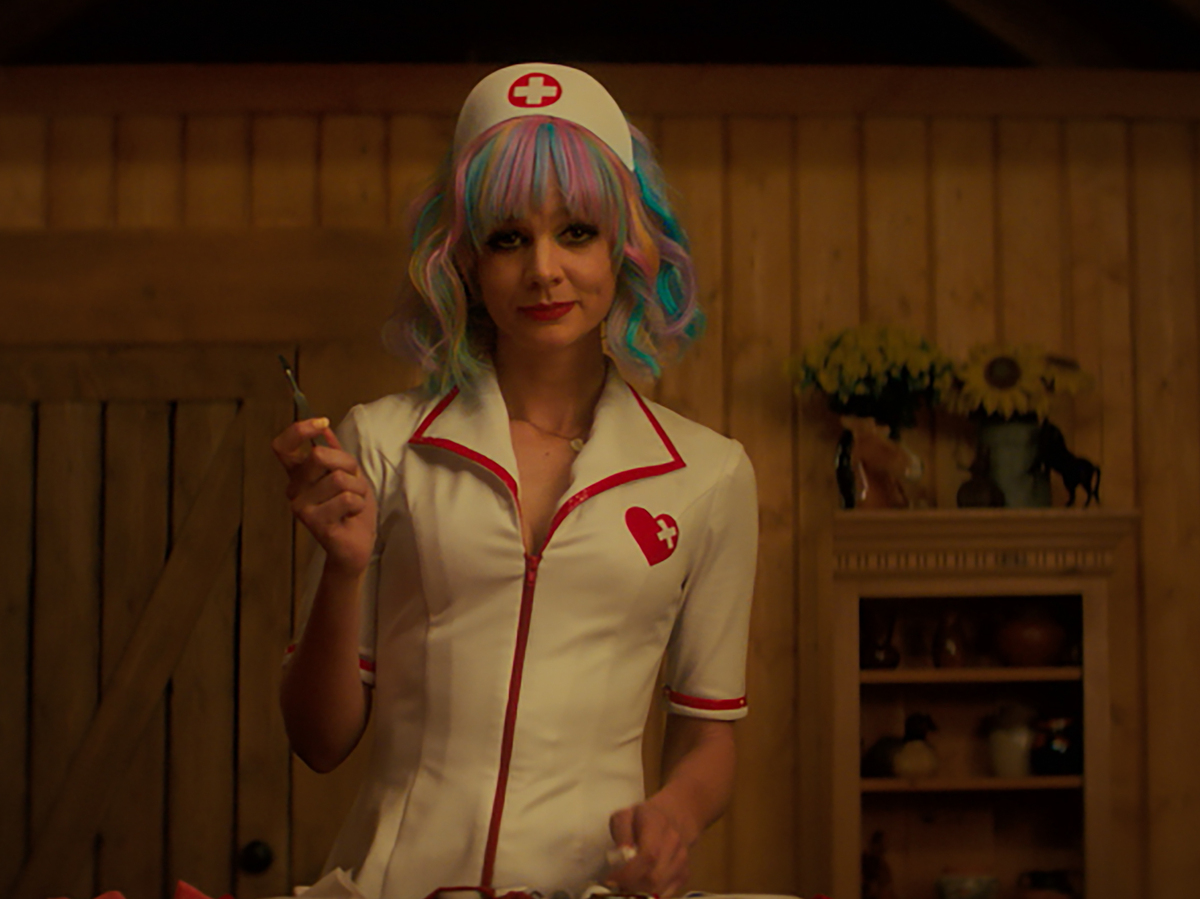 This essay contains major spoilers for Promising Young Woman and other works including the film Hard Candy and the series I May Destroy You, as well as discussion of sexual assault.

How do you like your revenge served on screen – via torture? In flames? A massive bloodbath?

How about ... via text message?

This is how Promising Young Woman, Emerald Fennell's cheeky, tart and provocative tale of a woman reeling from the trauma of her best friend's sexual assault and subsequent suicide years earlier, ends. Well, that's partly how it ends; to be more accurate, it concludes with Cassie (Carrie Mulligan) dead at the hands of Al, the man who raped her friend, but getting the final word by having left behind clues as to her whereabouts in the event of her disappearance. In a final kiss-off, Cassie sends a pre-scheduled text to her ex Ryan (who, it turns out, was present during the rape) just as Al is arrested in the middle of his own wedding for her murder.

It's an incredibly bleak and unsatisfying fate. It's also an inspired creative choice.

Promising Young Woman has been described as a revenge thriller, and the "thrill" of such movies is supposed to be in watching the comeuppance for the perpetrator(s). But the genre has its limitations. Even among the best examples, there's often an overreliance on the idea that retribution in the form of physical pain and/or death equals a form of justice. (See: The quite good but also very violent John Wick films, which kick off because of a murdered dog.) They also tend to flatten characters into avatars and little else; this is especially potent when applied to wronged-woman protagonists, where the vengeance is not just personal, it's (ostensibly) a middle finger to the patriarchy, as with films like The Nightingale and The Perfection.

As pure entertainment, are they satisfying? Maybe in the moment. But what do these characters really have left once they've enacted their revenge? And what does it mean for us, the viewers, to root for such vindictive outcomes?

In certain ways, Promising Young Woman is a tease, walking its audience up to the edge of conventional elements of the revenge genre only to undercut and upend them. The first clue lies in the set-up. When we're introduced to Cassie, it's been several years since Nina's death, and she's developed an odd habit: going out to bars alone and pretending to be near-blackout drunk to lure the men who would take advantage of such women. Each time one of them inevitably brings her back to his place, she waits to see just how far he'll go to hook up with a barely responsive human, before revealing she's in fact completely sober, thrusting them into a jarring moment of self-reflection.

From a purely creative standpoint, the conceit is clever. It's hard not to take some pleasure in watching Cassie dress down one of those random, self-described "nice guys," Neil (played by Christopher Mintz-Plasse with just the right amount of creepy, entitled energy): "You woke me up before putting your fingers inside me," she snarks. "That was sweet."

But in taking a step back and realizing that this is how she's coped – assuming the role of a sort of "Scared Straight" vigilante whose mission it is to teach dudes the laws of consent – night after night and week after week, it doesn't feel like a tension release; it just feels sad. Cassie has spent years clinging to her trauma, having dropped out of med school in the wake of Nina's death and, metaphorically speaking, life itself. Her parents take notice of her lack of friends, as well as her complete disinterest in pursuing any kind of career. In one scene, even Nina's own mother urges Cassie to move on and stop living with regret and bitterness for what happened to her daughter.

This is the point. Fennell has described Promising Young Woman using the terminology of addiction, in that targeting guys in bars is a high for Cassie from which she must inevitably be plunged back down into despair, every time. This pattern, the director told IndieWire, typically goes "in one direction." Addiction narratives, by their nature, are the opposite of catharsis. To watch a character spiral into this state of being is harrowing and anxiety-inducing – Requiem for a Dream, anyone? – and viewers are positioned to hope the character finally seeks help to address their illness, rather than continuing on the path to self-destruction.

But Cassie doesn't want help; she wants Nina's absence to reverberate for everyone who's implicated in her assault and the aftermath, just as it does for her. Perhaps most disturbing and unusual of Cassie's intended acts of vengeance is carried out on Madison (Alison Brie), a former friend. After Madison refuses to atone for dismissing Nina's accusations all those years before, Cassie hires a strange man to bring an extremely inebriated Madison back to a hotel room, so that when Madison awakens, she believes she might have been assaulted. (It's later revealed to be a fake-out.)

Cassie's methods complicate our understanding of rape revenge thrillers, and in doing so, they unfurl the lie that is "an eye for an eye" – Cassie doesn't feel better after turning the tables on Madison, the school dean, or the lawyer who, it turns out, is the one person who does show sincere remorse for how he failed Nina. It's still not enough.

Fennell's interest in centering the victim's trauma rather than the offender's punishment is unusual for this kind of movie. The majority of the 2005 film Hard Candy, for instance, hinges on the bait and subsequent torture 14-year-old Hayley (Elliot Page) enacts upon a 32-year-old photographer named Jeff (Patrick Wilson), whom she suspects of preying on minors. Like Cassie in Promising Young Woman, Hayley at one point performs an extreme turning-the-tables fake-out of her own, tricking him into believing she's castrated him. But unlike Cassie, Hayley almost always has the upper hand in her cat-and-mouse game with Jeff, and succeeds in coercing him to kill himself with the promise she'll never publicly leak the evidence of his crimes after he's gone.

Hayley is an enigma, and Brian Nelson's screenplay knows it. In the final act, a mortified and bewildered Jeff wonders who she really is, and if any details she told him about herself were true. Hayley spitefully evades the question with a pointed retort. "I'm every little girl you ever watched, touched, screwed, killed," she says, cementing her character's on-paper rendering as a loaded symbol. After he's hung himself, Hayley runs off and the movie ends. Who is she beyond her motivation for revenge? And how will this affect her psyche going forward?

Promising Young Woman posits that such revenge might be a futile exercise. Cassie's failure to carry out her plan to get back at Al at his bachelor party is twisted and depressing. Then again, so was her way of dealing – or not dealing – with her grief. 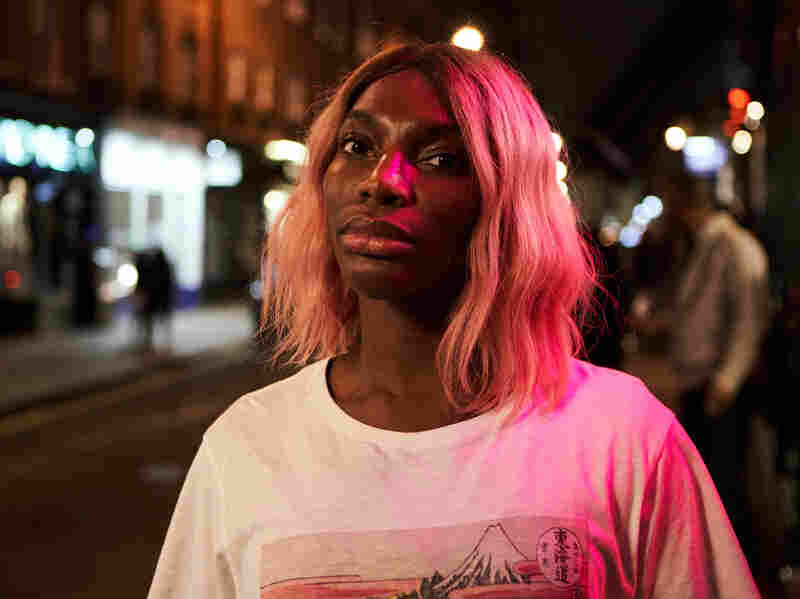 Arabella (Michaela Coel) in the HBO series I May Destroy You. Natalie Seery/HBO hide caption 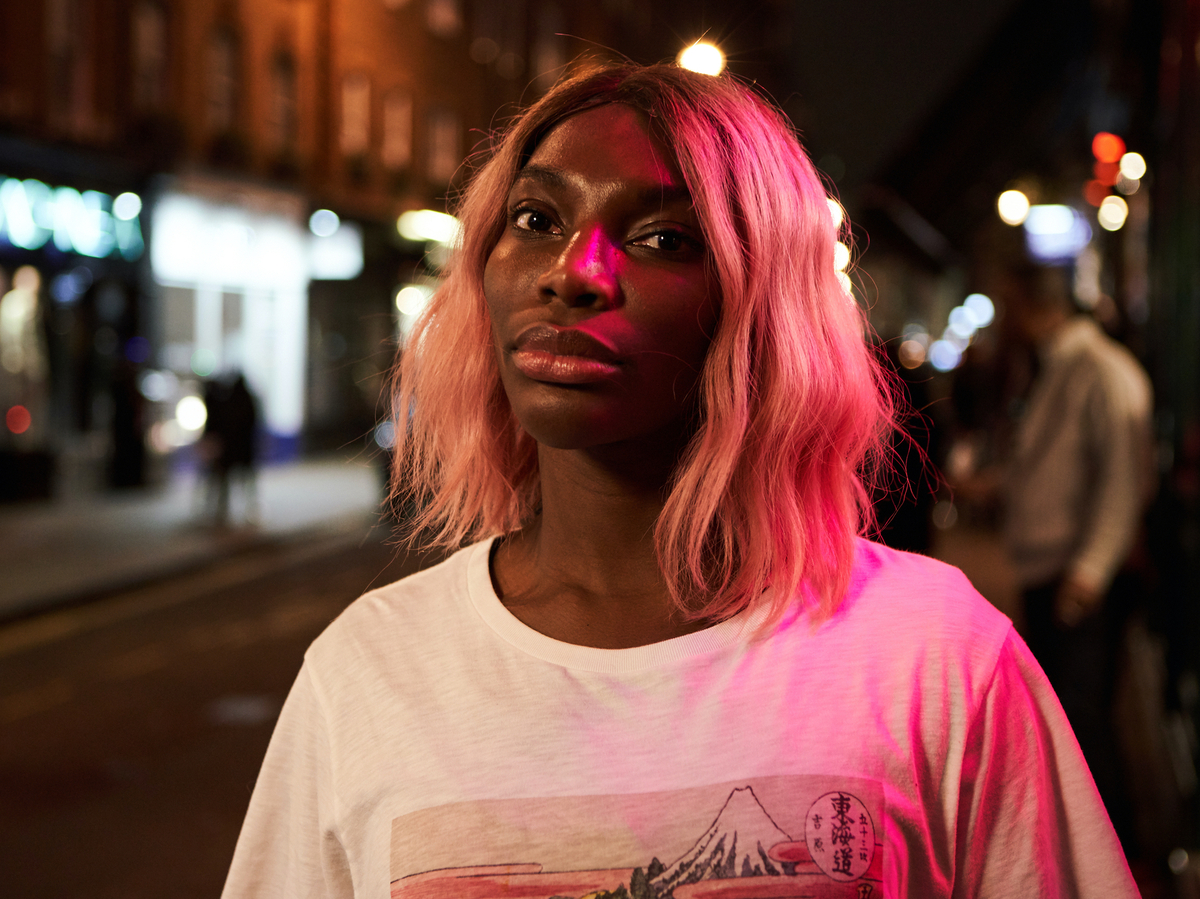 Arabella (Michaela Coel) in the HBO series I May Destroy You.

I can't help but think of the HBO series I May Destroy You, whose creator Michaela Coel plays Arabella, a successful writer contending with the emotional wreckage of her own sexual assault after being drugged by a stranger at a bar. Arabella spends much of the season trying to either bury her feelings or track down the rapist in hopes of vengeance and closure. The events of that blurry evening consume Arabella totally, distracting her from her work and from healthily processing what happened.

The finale plays brilliantly with the idea of alternative scenarios to that night. In one, she imagines beating him to death; in another, the police arrest him, but not before the two of them have a heart-to-heart where he reveals he's also been the victim of rape. The third and final scenario is highly romanticized and bold, imagining Arabella as the initiator of what turns out to be a beautiful consensual encounter.

The episode concludes back in what is presumably "reality": The events have indeed incurred as she originally remembered but after some passage of time, Arabella is more at peace with herself, channeling her grief into the completion of her second novel.

If I May Destroy You is an exercise in how one chooses to learn how to keep living (and not merely existing) in the face of such trauma, Promising Young Woman is about what happens when someone actively resists living. Arabella's rapist is never tracked down, but she does get to carry on; Cassie knowingly risks her life and strikes back at Al, albeit from beyond the grave. (And presumably, whatever law-enforced punishment Al receives will be for her death rather than what he did to Nina.) One outcome is undoubtedly less satisfying, but both are valid expressions of our culture's inability to properly address consent and violence against women.

And in both, closure is understood to be a slippery state, not so easily defined. Perhaps closure isn't fully attainable at all.