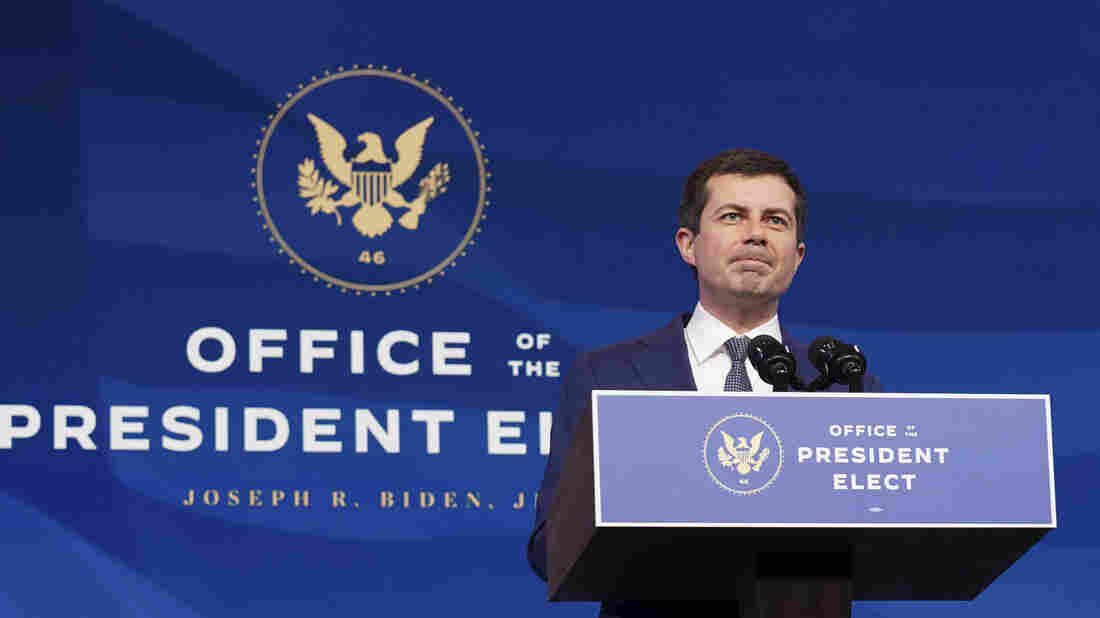 Pete Buttigieg speaks on Dec. 16 after he was nominated to be transportation secretary by then-President-elect Joe Biden. Buttigieg faced a largely friendly reception at his Senate confirmation hearing on Thursday. Kevin Lamarque-Pool/Getty Images hide caption 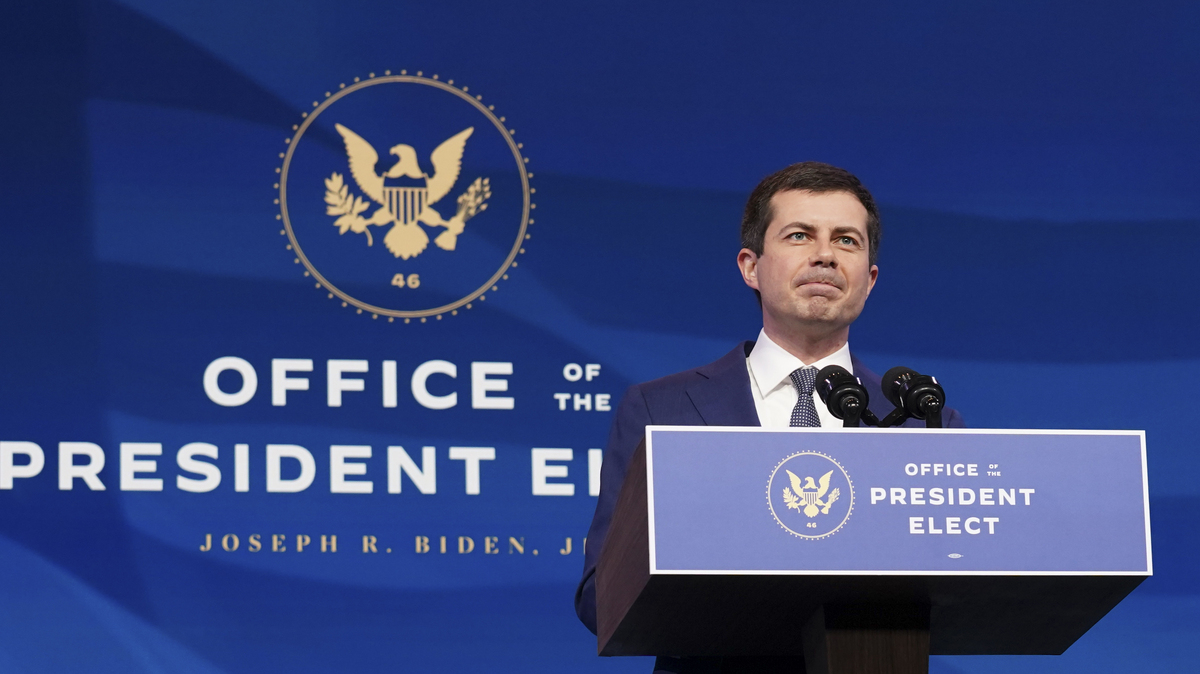 Pete Buttigieg speaks on Dec. 16 after he was nominated to be transportation secretary by then-President-elect Joe Biden. Buttigieg faced a largely friendly reception at his Senate confirmation hearing on Thursday.

Senate confirmation hearings can get a little heated. But Pete Buttigieg, President Biden's high-profile nominee for secretary of transportation, got a reception that was downright warm.

"You know what the hell you're talking about, and that's pretty damn refreshing," said Sen. Jon Tester, D-Mont., when he got a chance at the mic at Buttigieg's hearing on Thursday.

The senators on the Commerce Committee, including many Republicans, embraced Buttigieg's background as the former mayor of South Bend, Ind., and appreciated his willingness to dive deep into granular policy issues at the hearing.

"I look forward to your confirmation," said Sen. Deb Fischer, R-Neb., after she engaged with Buttigieg in a discussion about restrictions on truckers' working hours and how they affect egg and livestock shipments.

Meanwhile, Sen. Roger Wicker, R-Miss., said he was "quite certain" that Buttigieg would be confirmed and cordially invited the nominee to come to Mississippi and see the Amtrak route along the Gulf Coast. (Buttigieg accepted, while also saying yes to invitations to visit Cape Cod and Alaska.)

As transportation secretary, Buttigieg would bring some star power to a post that can be low profile. "Mayor Pete" shot to national attention as one of Biden's many rivals for the Democratic nomination in the 2020 presidential race. The Norwegian-speaking Rhodes scholar and Harvard University graduate served as an intelligence officer in the Navy Reserve and was deployed to Afghanistan.

He didn't clinch a spot on the presidential ticket, but he did earn name recognition — and, now, a Cabinet nomination. If confirmed, as Wicker expects, Buttigieg will be the first openly gay Cabinet member to be confirmed by the Senate.

Climate would have to be a "central feature" of any infrastructure package under the Biden administration, the former mayor said, arguing that there's a "unique window of opportunity" for investing in infrastructure while also combating global warming.

Buttigieg also said that U.S. transportation policy has been too "auto-centric" and that policy needs to ensure that motorists, bicyclists and pedestrians can coexist on roads.

In South Bend, Buttigieg supported a "Smart Streets" program that addressed the needs of bikers and pedestrians instead of solely centering on cars.

On the coronavirus pandemic, Buttigieg embraced Biden's executive order calling for mandatory masks on interstate transportation, including on airlines, describing it as an important tool for protecting the safety of transportation workers as well as passengers.

Despite Tester's praise, the hearing was not just a parade of positivity.

Global warming was at the heart of the most hostile exchange of the hearing, when Sen. Ted Cruz, R-Texas, challenged Buttigieg over Biden's decision to cancel the Keystone XL pipeline permit. Cruz highlighted the union jobs lost as a result.

Buttigieg argued that the administration's climate actions would, taken as a whole, create more union jobs than they eliminated, while also tackling an urgent crisis.

"When the books are written about our careers, one of the main things we'll be judged on is whether we did enough to stop the destruction of life and property due to climate change," he told Cruz.

Other Republican senators pressed Buttigieg on permitting requirements, describing them as too onerous.

Buttigieg said that his experience as a mayor made him sympathize with the challenges caused by "regulatory complexity" and that "any time there is an opportunity to be streamlined without compromising on the safety, environmental or other goals that are at stake, I would welcome ways to do that."

Updates story to note Buttigieg would be the first openly gay Cabinet member to be confirmed by the Senate.