Accessibility links
After Inaugural Performance, Poet Amanda Gorman Tops The Amazon Bestseller List Gorman's debut poetry collection and an illustrated kids' book are first and second on the list — on the strength of pre-orders, since both titles won't be out until September. 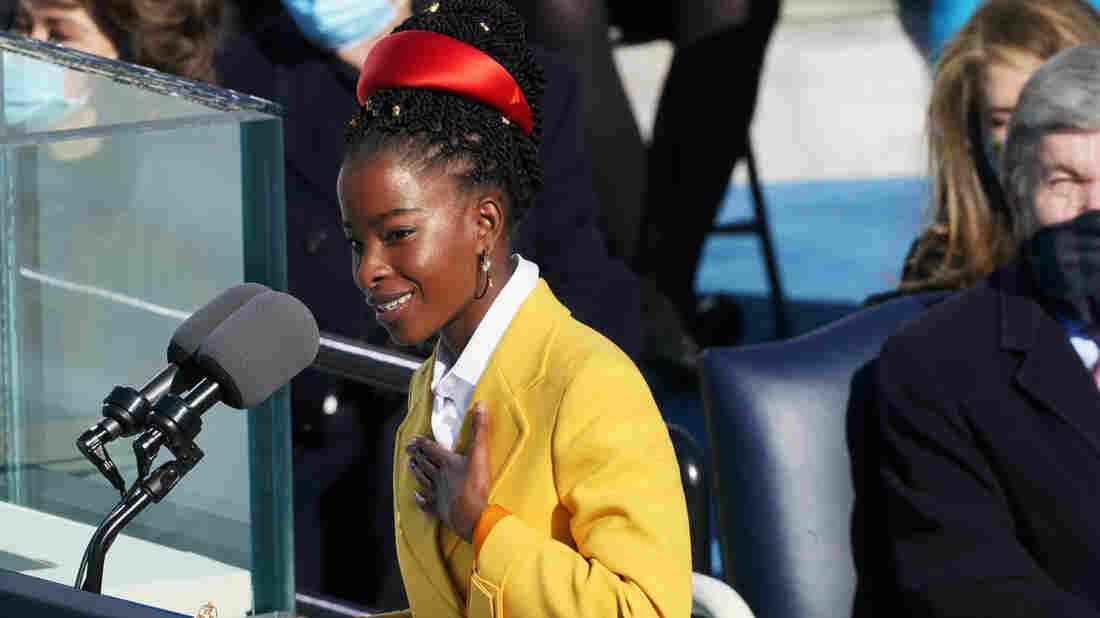 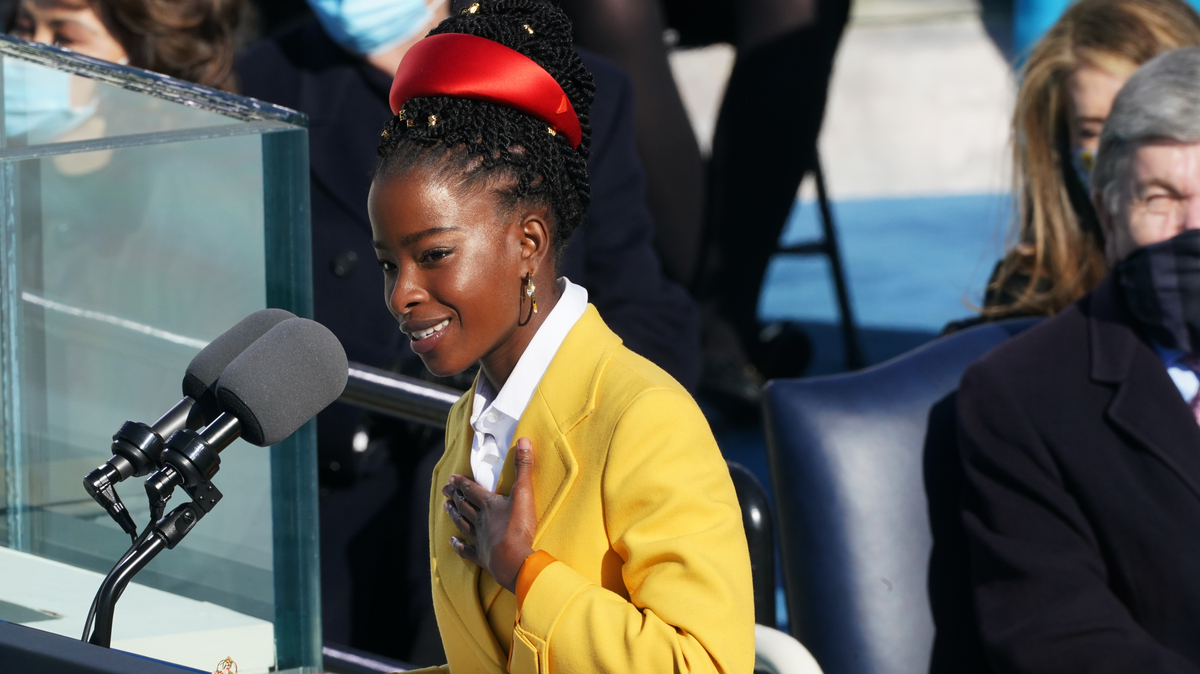 Poet Amanda Gorman performs "The Hill We Climb" during the inauguration of U.S. President Joe Biden.

The morning after her powerful performance of "The Hill We Climb" at the inauguration of President Biden, poet Amanda Gorman hit another high point: She took the top two slots on Amazon's bestseller list — for titles that won't be out until the fall.

At No. 1 is her debut poetry collection, also called The Hill We Climb, and at No. 2 is a picture book called Change Sings: A Children's Anthem, illustrated by Loren Long, both set to come out in September.

'Not Broken But Simply Unfinished': Poet Amanda Gorman Calls For A Better America

Gorman told NPR's Steve Inskeep that she struggled with her inaugural poem at first, "because you don't even really know the entry point in which to step into the murk." But the insurrection at the Capitol on Jan. 6 spurred her to finish. "I was like, 'Well, this is something we need to talk about.' "

The poem — which hit a range of notes from Scripture to Hamilton — drew widespread praise. NPR poetry critic Craig Morgan Teicher called it "beautiful," and Gorman had this memorable Twitter exchange with Hamilton creator Lin-Manuel Miranda:

You were perfect. Perfectly written, perfectly delivered. Every bit of it. Brava! -LMM

Gorman has some interestingly inaugural-themed company on the list. At No. 3 is Ambitious Girl, a picture book by Meena Harris, niece of the new vice president. Harris told NPR's Michel Martin the book was inspired by her Aunt Kamala, who was criticized for being "too ambitious" on the campaign trail.

And just behind Ambitious Girl is former President Barack Obama's memoir A Promised Land, one of the bestselling books of 2020 and still going strong in the new year.