Accessibility links
Atlanta Dream, Co-Owned By Former Sen. Kelly Loeffler, Is Close To Being Sold Ever since Loeffler denounced WNBA support for Black Lives Matter, players have wanted the league to force her to sell the team. 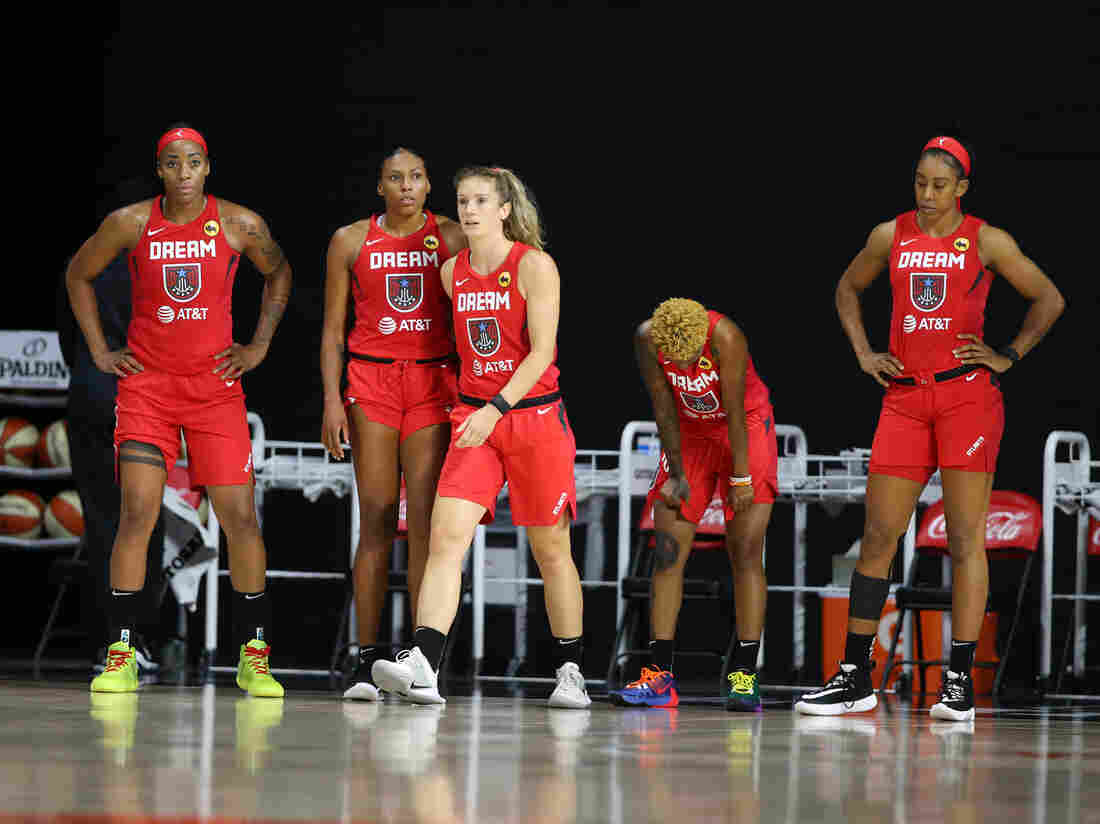 The Atlanta Dream team walks onto the court during the game against the Indiana Fever on August 2, 2020 at Feld Entertainment Center in Palmetto, Florida. Stephen Gosling/Getty Images hide caption 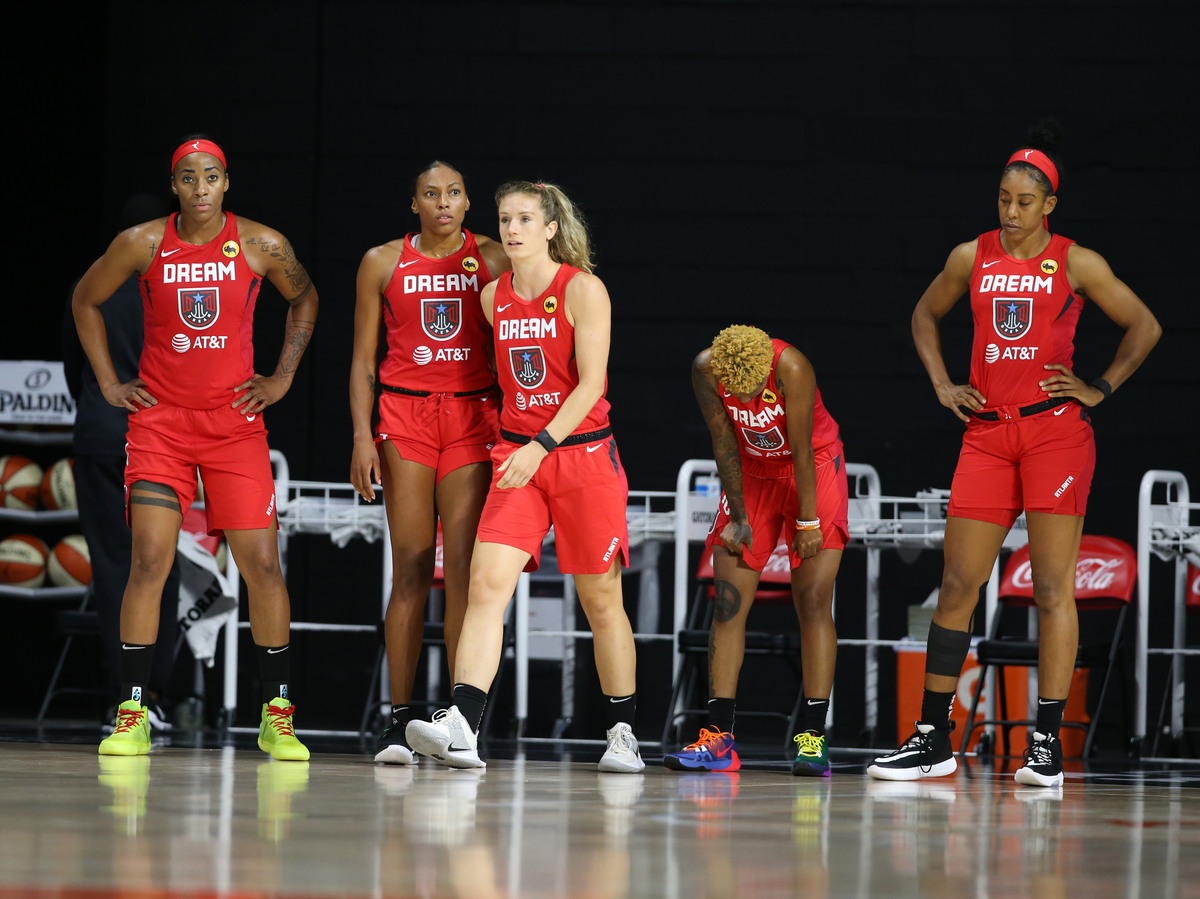 The Atlanta Dream team walks onto the court during the game against the Indiana Fever on August 2, 2020 at Feld Entertainment Center in Palmetto, Florida.

Ever since former Georgia Sen. Kelly Loeffler denounced the WNBA's support for Black Lives Matter last summer, players have been pressuring the league to force her to sell her stake in the Atlanta Dream basketball team.

Now, according to the WNBA, a deal for the sale of the team "is close to being finalized." The league did not release any further details.

The WNBA has a history of racial justice activism, and last year the league and its union decided to put "Black Lives Matter" and "Say Her Name" slogans on warmup gear and opening weekend team uniforms.

How Black Women Athletes Paved The Way For The NBA Strike

Last summer, Loeffler, who was campaigning as a Republican candidate in a tough race for one of Georgia's U.S. Senate seats, called on the league's commissioner to drop support of the Black Lives Matter movement.

"The truth is, we need less — not more politics in sports," Loeffler wrote in a letter to WNBA Commissioner Cathy Engelbert. "In a time when polarizing politics is as divisive as ever, sports has the power to be a unifying antidote." 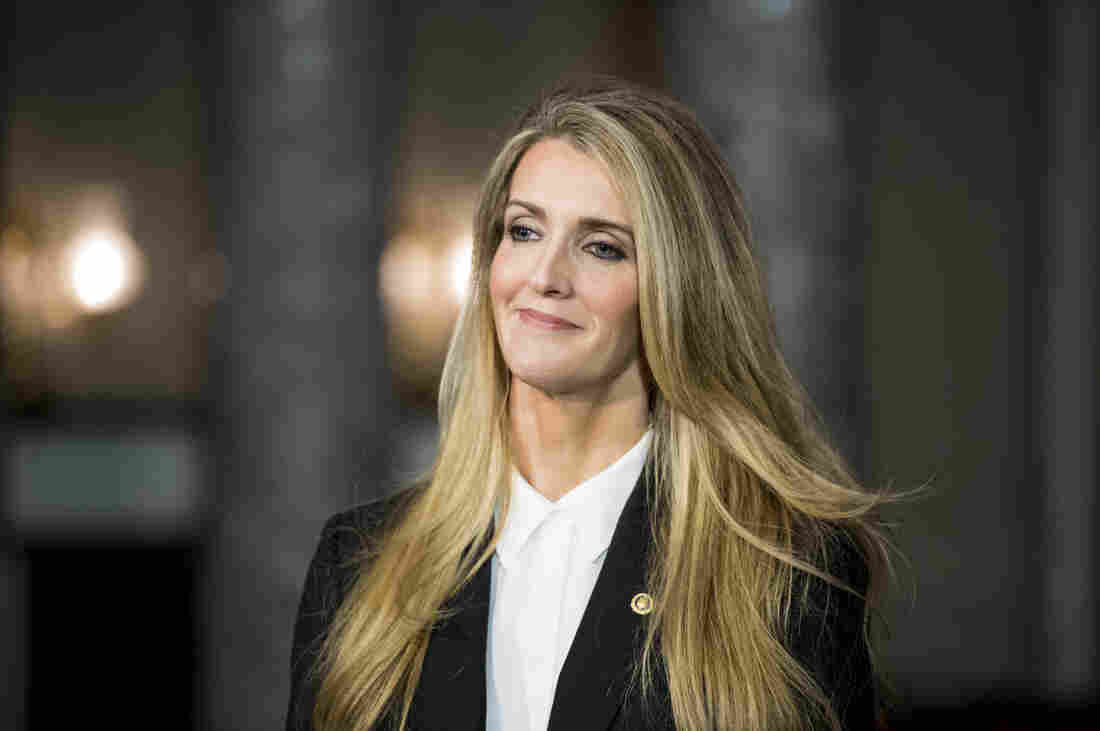 Sen. Kelly Loeffler, R-Ga., waits for Vice President Mike Pence to arrive for her swear-in reenactment for the cameras in the Capitol on Monday, Jan. 6, 2020. Bill Clark/Getty Images hide caption 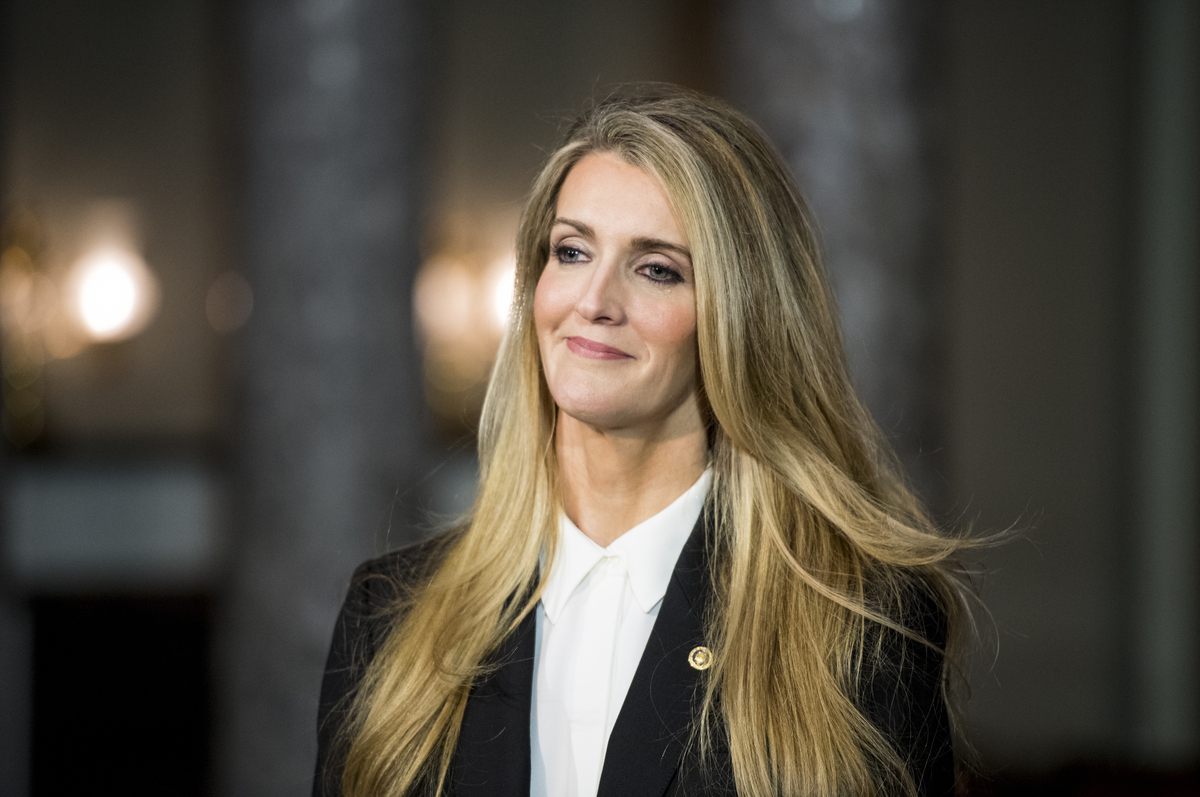 Sen. Kelly Loeffler, R-Ga., waits for Vice President Mike Pence to arrive for her swear-in reenactment for the cameras in the Capitol on Monday, Jan. 6, 2020.

Players for the Atlanta Dream responded at their next nationally televised game. They wore black t-shirts with big white letters saying "VOTE WARNOCK." It was an endorsement of the Rev. Raphael Warnock, pastor of Atlanta's historic Ebenezer Church and one of Loeffler's opponents in the Senate race.

Players from across the league joined in the protest and also wore Vote Warnock shirts for their games that night, including Las Vegas Aces forward Angel McCoughtry. A former Dream player, she says it wasn't just a protest against Loeffler but an endorsement for Warnock and his positions on racial justice, LGTBQ issues and health care.

"We didn't just do it because she denounced Black Lives Matter," said McCoughtry. "Before we even put 'Vote Warnock' shirts on, we did our research. We said, let's make sure we're doing this for the right cause."

At the time, Warnock was polling at just 9 percent. After the players' endorsement, the Warnock campaign says it was flooded with donations and followers on social media. "It was a pretty immediate and noticeable spike," said Warnock campaign spokesman Terrence Clark.

After the general election, the race went to a runoff and Warnock won. Looking back on it, McCoughtry says she wasn't surprised by the result.

"When you get a bunch of winners together what do you think the outcome will be?"

Before she left the Dream, McCoughtry had played for the team for about as long as Loeffler has been a co-owner. Initially, she says players supported Loeffler's leadership. And after the former financial services executive was appointed senator in January, replacing retiring Sen. Johnny Isakson, they even saw a possible opportunity in her political ambitions.

"At first we were excited, like, 'Oh, wow. This is cool. Kelly's running for Senate. That should be interesting. Maybe that might open some doors. She'll listen to our ideas to make this a better world.'" said McCoughtry.

But when Loeffler criticized Black Lives Matter and alleged it was "founded on Marxist principles," McCoughtry saw it as a sort of betrayal of the league's players who are mostly Black.

"How can you look your girls in the face after that and be an owner of a team?" said McCoughtry.

Other players in the league made it clear they also wanted Loeffler to sell her 49 percent stake in the team. (Mary Brock, the wife of Coca-Cola CEO John Brock, owns the remaining stake.)

Last summer, the players' union tweeted out a photo of Loeffler with the words "ENOUGH" and "OUT."

After Warnock was declared the winner in the Senate race on Jan. 5, big name prospective buyers showed interest in the Dream.

Think I’m gone put together an ownership group for the The Dream. Whose in? #BlackVotesMatter✊🏾 pic.twitter.com/9wclgdED2w

Lebron James tweeted that he was thinking of putting together an ownership group. Mookie Betts of the Los Angeles Dodgers, Carmelo Anthony of the Portland Trail Blazers, and tennis legend Billie Jean King also replied to the tweet saying they were interested.

For her part, Atlanta Dream guard Tiffany Hayes says it's time to move on.

And after seeing the impact of their voices, the players say they have no plans to stop mixing political activism and basketball.